The Dutch aren’t settling this time, but launching into space

The rocket will be the first built by students to reach space, and the Cape will be its launchpad

As jittery landowners offload their assets, a new fund snaps them up in a bid to help the state's housing target

Up to the end of the Cold War, 30 of the 32 civil wars were in nations that had pre-colonial states, research reveals

What the doctor ordered: E Cape to get new medical school

Has there ever been a better reason to be a bit of a slob?

Could co-living with the tall Uncle cure my loneliness?

Gran plan: how bots and gizmos will keep seniors out of care

TO DYE FOR A man with henna-dyed hair rests on a road near the port area in Karachi, Pakistan.
Image: Reuters/Akhtar Soomro

Police have confirmed that an eight-month-old baby was allegedly raped in Bonteheuwel, Cape Town over the weekend. The baby was allegedly left in the care of her grandmother when the incident occurred on Saturday afternoon, according to police spokesperson Captain FC van Wyk. "My level of nausea far outweighs my disgust at this case," City of Cape Town ward councillor Angus McKenzie said on Facebook. "Our communities have lost absolute respect for themselves when an eight-month-old baby is so violently assaulted." McKenzie said he was in tears when a family member graphically explained to him what had happened. "While heartbreaking and sickening combined, as a community we've yet another opportunity to stand together and unite against this evil that besets us," McKenzie said. Van Wyk said a rape case had been opened and no arrests had yet been made.

SA government is weighing additional options to support Eskom, including swapping the utility’s debt for government bonds and moving it to a special-purpose vehicle, a senior official said. Discussions are at an early stage, and it is not yet clear which option will be chosen to help Eskom, whose finances are in crisis and which implemented load-shedding across the country earlier in 2019 that have hurt local businesses. President Cyril Ramaphosa has already pledged R230bn in financial support for Eskom over the next 10 years, but officials say other steps will be needed to make it financially sustainable. Ian Stuart, acting deputy director-general for the national treasury’s budget office, said the issue was “large and complex”. “We are looking at which option is best, both in terms of fiscal costs and support for the reform process,” he told Reuters.

A new pound capable of holding about 10,000 vehicles is on the cards to help authorities restore law and order in Johannesburg. The departments of public safety and economic development have welcomed a recent council resolution to buy land in Denver that is earmarked for conversion into a vehicle impound. The 5ha property will significantly ramp up the size of the city’s pound. The current pound at Turffontein has space for 740 vehicles at a time. "This R40m purchase will assist the Johannesburg metro police department to fulfil their mandate of reinstalling law and order in the city through its Buya Mthetho operations," said the departments. The city also plans to add 20 new breakdown vehicles to its existing fleet.

Global environmental activist John Varty has offered R1m to secure the freedom of three elephants at the Johannesburg Zoo. Varty put in the offer on Tuesday. "It has been agreed worldwide that elephants are not suitable for zoos," he said. There has been a fierce battle raging over Lammie, the female elephant at the zoo. Lammie had been alone in her enclosure since September 2018 when her partner of 17 years, Kinkel, died. Recently, a 22-year-old bull called Ramadiba and a 19-year-old female called Mopane were moved in from the Eastern Cape. Varty said: "They [Johannesburg Zoo] already have a depressed elephant, Lammie. For two years activists have been trying to get that elephant out of the zoo and then they went and added two more elephants. These guys are not about animals, they are about money." The zoo did not reply to requests for comment.

Gold Circle Racing and Gaming has denied reports that the prestigious Vodacom Durban July (VDJ), scheduled for Saturday, is under threat from possible strike action. The racing authority said this week: "The Vodacom Durban July race meeting ... is not under threat as erroneously reported on some national news services." It has predicted that 50,000 patrons will descend on Greyville racecourse for the event. Gold Circle said that, as the licensed operator of horse racing in the province, it, not Phumelela Gaming and Leisure, ran the VDJ. The latter is facing possible industrial action. "It is all systems go for Saturday," said Gold Circle. The event is estimated to add R300m to KZN’s coffers.

A paramedic driving an ambulance was attacked by a passenger as they transported an injured motorist to hospital in North West. The incident unfolded after ER24 personnel were called to the scene of an accident in Potchefstroom on Monday, where a bakkie had ploughed through a fence and crashed into the kitchen of a house. The driver, who was in his 20s, was found trapped inside the vehicle and the fire department had to stabilise the property before he could he extricated. "While on the way to hospital the father of the patient, who was in the front passenger seat of the ambulance, without warning punched the ER24 medic in the face and immediately attempted to grab the steering wheel," said ER24 spokesperson Russel Meiring. The medic pulled the ambulance over, and the assailant got into a vehicle that was following the ambulance. The medic has opened a case of assault.

Malcolm Fraser, 62, was assaulted and his car stolen in the Bluff, Durban at 7:40am on Monday. Fraser was outside his car smoking a cigarette when four men approached him, assaulted him and took his car. The car was recovered later in Isipingo. 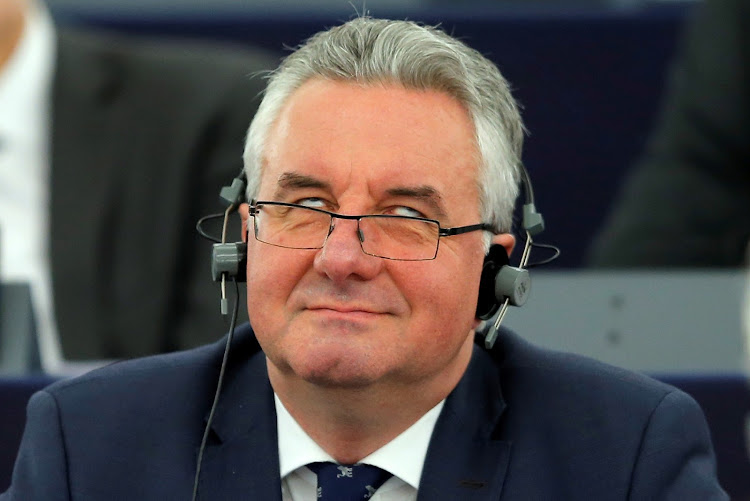 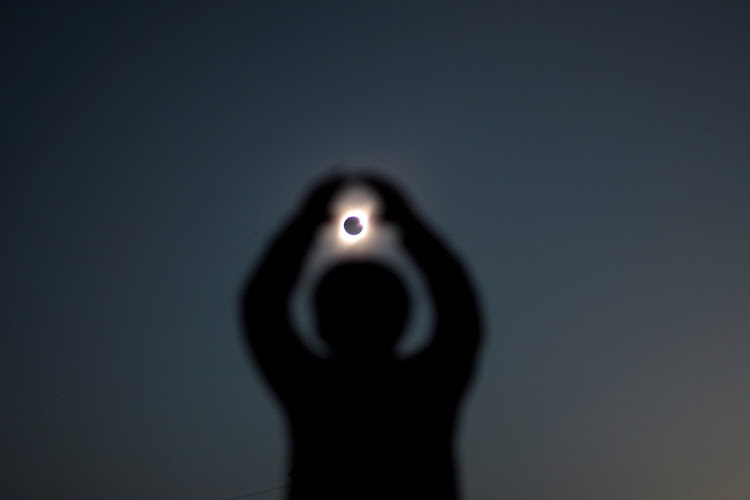 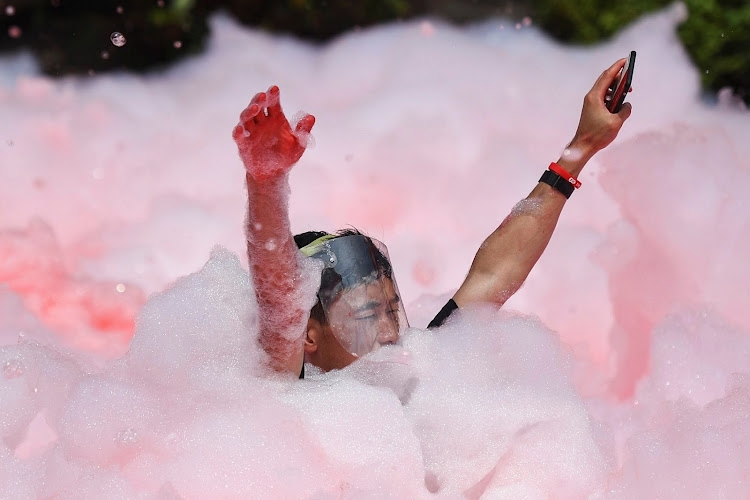 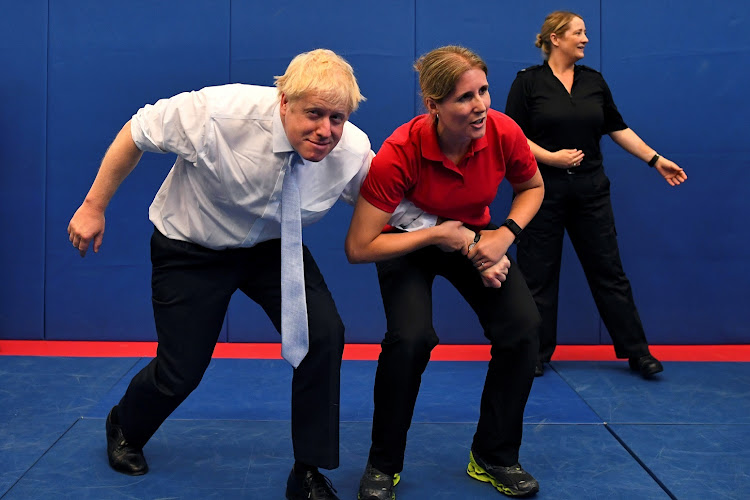 Rie Rubin is trying to nail Andy for fraud, saying he doctored their prenup so he could have affairs

What was Virginia Woolf really like? Her nephew had vivid memories of her

As a child he stayed with her and uncle Leonard, and eventually followed in their publishing footsteps

These thieves are drunk with success

Thieves have broken into the cellar of a Michelin-starred restaurant in Paris and made off with at least 150 bottles of some of the world’s most expensive wine. They are thought to have reached the catacombs of the Maison Rostang restaurant by entering the maze of secret tunnels under the French capital. Employees discovered a 50cm hole in the wall of the wine cellar that was made during the break in on Monday. The stolen wine could be worth as much as €400,000-€600,000. – Telegraph Media Group Limited (2019)

An arctic fox has amazed scientists by walking nearly 3,500km across the Arctic from the Svalbard archipelago of Norway to Canada. It is not just the distance that the fox trekked that is remarkable, but the pace at which it travelled - completing the journey in just 76 days and walking as much as 150km in a single day. Scientists were able to track the fox because it was fitted with a device attached to a ring around its neck. ‘This is the fastest movement rate recorded for this species,’ scientists said. They were so astounded at the animal’s journey that at first they thought it had died and somehow been carried to Canada on a ship. – Telegraph Media Group Limited (2019)

Hundreds of IS victims found in mass grave

Two hundred corpses, including those of people believed to have been executed by the Islamic State group, have been found near the Syrian city of Raqa. The mass grave contained the bodies of five men in orange jumpsuits of the kind typically worn by IS hostages. More bodies could be uncovered as search operations continue. - AFP

Bieber is swift to tackle Taylor

Justin Bieber has accused Taylor Swift of attempting to ‘get sympathy’ as the pop titans publicly rowed over the sale of Swift’s back catalogue. She criticised Scooter Braun, Bieber’s manager, on Sunday for buying the rights to much of her multi-platinum back catalogue. In a blog post, Swift said she suffered years of ‘manipulative bullying’ by Braun, an industry powerhouse who produced her first six albums. Bieber took to Instagram to defend Braun. ‘For you to take it to social media and get people to hate on Scooter isn’t fair,’ the he wrote. ‘Seems to me like it was to get sympathy u [sic] also knew that in posting that your fans would go and bully Scooter.’ – Telegraph Media Goup Limited (2019)

Chaos erupted at a huge party to celebrate the 90th birthday of former Philippines first lady Imelda Marcos on Wednesday, with 261 friends and supporters rushed to Manila hospitals with suspected food poisoning. Emergency rooms were inundated with patients vomiting and suffering from diarrhoea and dizziness. Marcos, the widow of late dictator Ferdinand Marcos, was not affected. Her 2,500 guests were fed rice, boiled eggs and chicken Adobo, a traditional Filipino dish of meat stewed in vinegar and soy sauce. ‘The food may have been spoiled, but we remain solid,’ her daughter and incoming senator, Imee Marcos, told those left at the party. - Reuters

Khalid Al Qasimi, a fashion designer and son of the Emir of Sharjah in the UAE, has been found dead in the UK aged 39. The crown prince and second son of Dr Sheikh Sultan bin Mohammed Al Qasimi founded an eponymous fashion brand in 2016 and had shown collections at London and Paris Fashion weeks. The emir found his eldest son dead on the floor of his quarters in the family’s £3m English manor house in Sussex, an inquest heard. – Telegraph Media Group Limited (2019)

BULL’S EYE: Notes from the hallowed world of medaid marvels

I am one little malign cell in the medical machine, but I’m in the big league now - a taker, not a giver

Fear and Clothing: On Lagarde against pretty pink interlopers

Wave of the magic Wanda turns ugly shoe into a dream

What, this old thing? Why Meghan smaaks secondhand

This is how A-listers learned to love a thrifty steal

SPORTS DAY: No respect for Egypt or Salah, says Hlanti

Quake, Kiwis, you could soon be on the Jaguares’ menu

They've come a long way, both literally and figuratively, and are increasingly worthy of Super Rugby glory

Blast from the past: Golden Games sweep for SA tennis