Varsity gets R100k smackdown for accusing two women of fraud

ANALYSIS: This is how we got into this public protector mess

With Madonsela the conundrum was about bolstering her powers. Now it’s about someone who is not up to scratch

Waterkloof? Huh? ‘No one’ told ex-minister about Gupta flight

Who cares about age? Not SA whisky drinkers

Pineapple juice, green tea and coconut water are some of the more unique mixers, says a brand ambassador

Crime-ridden Cape Town is still a city of heroes

On crop of the world: Young farmers who beat the odds

They have overcome many obstacles, including losing an arm, but they're starting to make it big

Peer’s paraffin was no polonium sandwich, but it gave her a conscience

Is good health a numbers game? Don’t count on it

Wellbeing by numbers is not necessarily the right way to get the best out of life, say the experts

Is your middle age filled with rage? Well, it doesn’t have to be

Rising anger in middle age is natural, but needs to be kept in check

A man who lost his prosthetic leg after a boat he was on capsized along the KwaZulu-Natal south coast on Tuesday was lucky to be reunited with it. The man and three others were rescued by lifeguards in the region of Glenmore Beach, Munster. National Sea Rescue Institute (NSRI) spokesperson Craig Lambinon said the four were examined but no injuries were detected. "One of the men lost his prosthetic leg during the incident." However, the prosthesis was recovered from the shoreline and returned to him. "Their capsized boat washed onto rocks on the shoreline and arrangements will be made for the boat to be recovered," he said.

Keizersgracht Street in District Six could soon have its name changed if a renaming process by the City of Cape Town is successful. Mayor Dan Plato will ask Capetonians for their views, between July 15 and 26, on a proposal for the street name to be changed back to Hanover Street, its historical name before it was changed by the apartheid government. From 1968, more than 60,000 people were forced to move 25km away to the Cape Flats when the suburb was declared a whites-only area. Most of them never returned and the suburb situated in the City Bowl is still a sensitive issue for the municipality. Plato said: " The proposal is that the renaming could assist in igniting good memories for those who suffered from and experienced these removals."

Twenty-five newborns and nine children were among the 84 patients evacuated after a "mysterious fire" broke out at Durban's Addington Hospital on Tuesday. The health department said that, according to hospital management, the fire broke out in the fire-escape area on the seventh floor just after 8am. Nurses alerted security personnel who started trying to douse the fire with fire extinguishers. By then clouds of smoke had begun spreading to the wards on the ninth and 13th floors. While firefighters were on their way to the scene, hospital management implemented an emergency evacuation plan. "No fewer than 25 mothers and their newborn babies; nine children in the children's ward on the 13th floor; and 20 patients who needed gynaecology services, had to be evacuated due to the strong smoke." No injuries were reported and the cause of the fire was not yet known.

Panic buttons and police escorts are being rolled out to protect emergency workers in Johannesburg, after an ambulance crew and firefighters came under attack in a spate of recent criminal acts. Michael Sun, the member of the mayoral committee for public safety, said the department has activated a contingency plan to deal with attacks on its firefighters, emergency medical technicians and paramedics. Members of the Jabulani fire station were attacked in the early hours of Monday, he said. An ambulance crew was also attacked in Cosmo City at the weekend, leading to a temporary withdrawal of the ambulance services to the area.

More than one out of three school principals in SA reported violence in their schools at least once a week. This is according to the OECD Teaching and Learning International Survey launched by the local basic education department at the Nellmapius Secondary School in Pretoria on Tuesday. SA was one of 48 countries that took part in the study. It was the first time SA participated and involved 2,046 teachers and 169 principals. “One out of three principals (34%) report that acts of intimidation or bullying among their students occur at least weekly in their school, which is more than double the Organisation for Economic Co-operation and Development (OECD) average (14%),” the report found. “About one out of four principals report weekly incidents relative to the use or possession of drugs and/or alcohol at school (SA 27%;OECD average 1%) and vandalism and theft (SA 21%;OECD average 3%), which are comparatively very infrequent in other countries.”

Fingerprint analysis has confirmed that Philani Ntuli, accused of the murder of young Durban escort Siam Lee, is dead. His lawyer, Reial Mahabeer, said nine days ago that Ntuli had died, but those involved in his prosecution were not convinced of the authenticity of the death certificate. Sources close to the investigation said fingerprint testing was ordered to rule out the possibility that Ntuli had faked his death to evade trial next month. Lee, whose massage services were advertised on an adult website, was abducted in January 2018 from a Durban North house that was operating as a brothel. Acting Durban High Court judge Naresh Bhikha struck the matter from the roll on Tuesday.

Police are still searching for three suspects who robbed the Pizza@450 restaurant in Mountainview, Pretoria on July 27. The men made off with R1,500 cash and items including jewellery, alcohol and cellphones, before fleeing in a silver Hyundai Getz.. A case of business robbery has been opened. 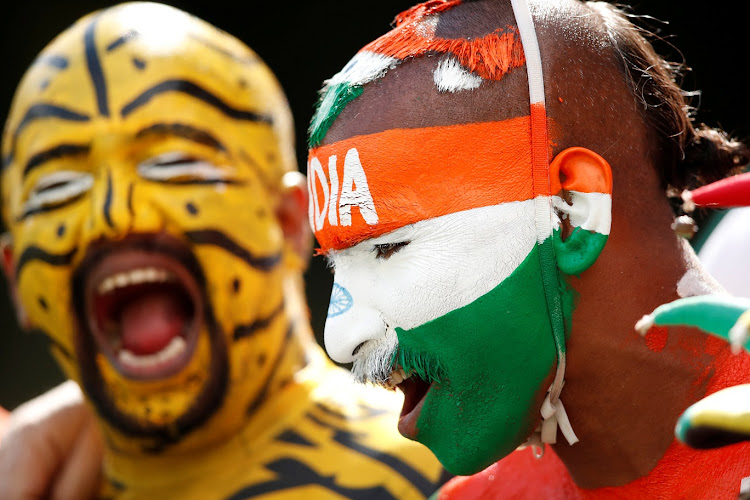 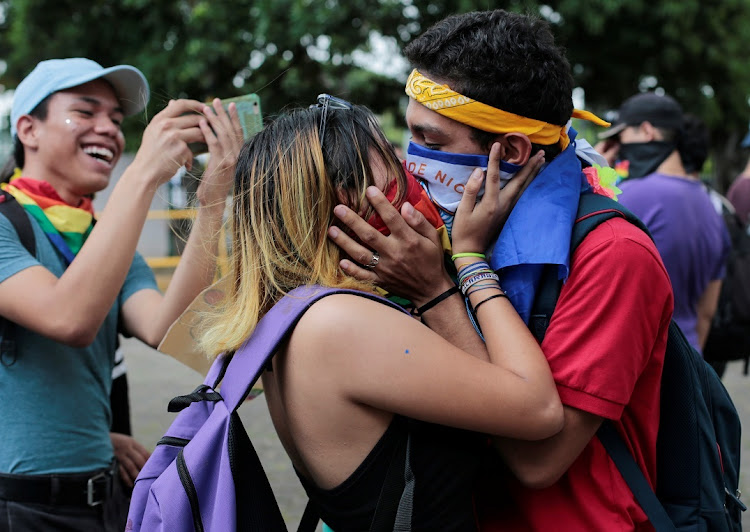 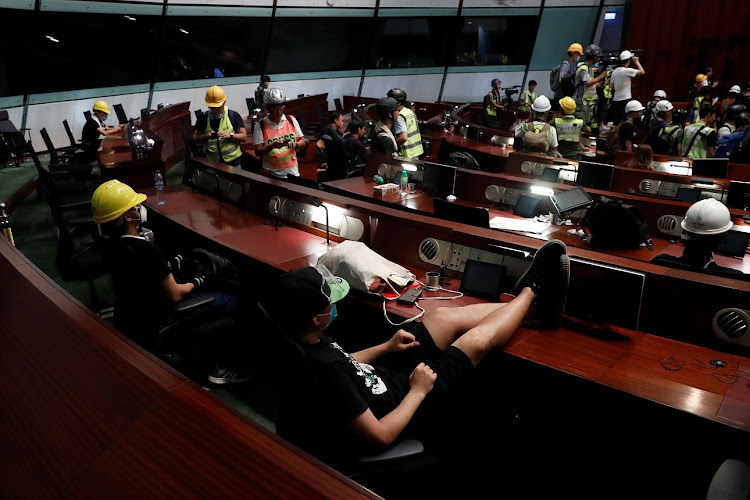 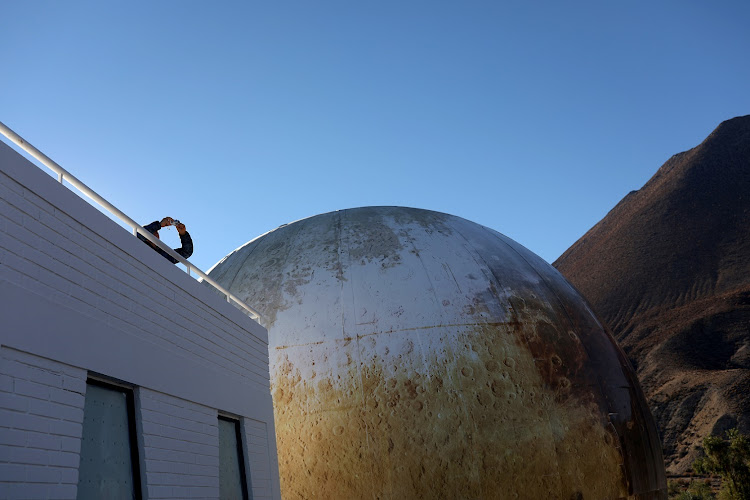 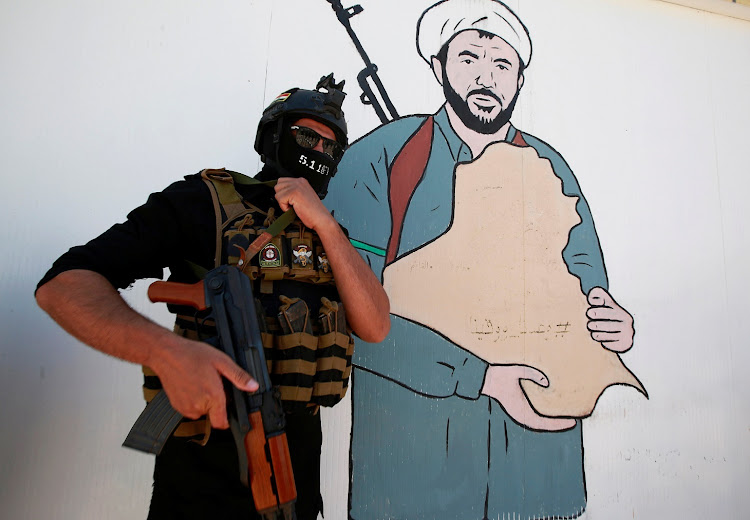 There he was, catching a tan, when, whomp!, a body fell right next to him

‘If he dies, he dies’: US border agents mock death of migrant child

Go ahead, kill river if you want to get personal

Bangladesh’s high court has granted the country’s rivers the rights and status of ‘living entities’ in a bid to save them from encroachment. The court on Monday published a landmark verdict on a 2016 petition filed by a rights group. The verdict came just months after the country became the fourth nation to give its waterways such status. – AFP

Thieves have broken into the cellar of a top luxury restaurant in Paris, making off with at least 150 bottles of prized wine estimated to be worth up to €600,000. Employees at the Maison Rostang restaurant discovered a 50cm hole in the wall of the cellar, made during the break-in. – AFP

Dalai Lama is ‘deeply sorry’ after things get ugly

The Dalai Lama is ‘deeply sorry’ about saying a female Dalai Lama would have to be attractive. The spiritual leader made no apology, however, for saying President Donald Trump ‘lacked moral principle’ and had ‘complicated’ emotions. The comments, which attracted criticism around the world, were made in an interview with BBC last week. – AFP

A huge forest blaze ripped through a former military training area littered with unexploded munitions dating back to the Nazi era. Hundreds of emergency personnel evacuated four nearby villages in Mecklenburg-Western Pomerania state. The German army sent in armoured vehicles to clear pathways of dangerous unexploded ordnance so fire engines could enter the burning region. – AFP

Trial on radar for drone ‘hit’ attempt on Maduro

A Venezuelan opposition lawmaker accused of an attempt to assassinate President Nicolas Maduro using drones will face trial. Juan Requesens faces 30 years if found guilty of the attempt to kill Maduro as he attended a military parade in Caracas in August 2018. Two drones packed with explosives flew towards President Maduro, causing panic among soldiers and civilians when they detonated during his speech. – AFP

A swimmer was injured in a shark attack at one of Sydney’s popular beaches. The man was receiving treatment in hospital for a ‘puncture wound to his back and injuries to his leg and stomach’. The New South Wales government said its scientists assessed photos of the wounds and ‘believe a generally harmless grey nurse shark was responsible’. – AFP

Sit back and watch the minimal effort pay off

Data show evidence-based investing, which comes up with a passive investment offering, is effective

A trade of blows could put oil prices in dire straits

Rising tensions around the Hormuz and Bab-el-Mandeb straits may force prices past $90 a barrel, warn experts

If umami never taught you Asian cooking, udon want to miss this

Sea beasts and shiraz: handpicked tipples to add to your collection

Rassie’s long radio silence on Boks is just not on

Blast from the past: Small consolation for Pienaar