Taps are dry but compassion flows in Mpumalanga towns

While Rand Water punishes the municipality over an unpaid R106m, residents bear the consequences

As SA’s cricket and politics both prove, winners are made, not born

Why have they both collapsed into a gloomy procession of mediocrity and failure? Let's talk about competence

Makhura talks tough, and his executive have their work cut out

His Gauteng state of the province address was scant on detail, but his cabinet were ordered to find solutions - fast

Earthlings, remove aliens that hold SA’s rivers in a chokehold

A ‘sawtooth’ nips alien havoc in the bud to save rivers

What is the main reason for SA gay men staying closeted?

And are you, despite your good intentions, one of the reasons they cannot live openly?

‘Just Dudu as I SAA’: Working for Myeni was a bumpy ride

baby it's gold outside People seek relief from the European heatwave at a beach in Cayeux-sur-Mer, France.
Image: Pascal Rossignol/Reuters

Billions in mining royalties intended to uplift poor communities are potentially being squandered, stolen or diverted due to in-fighting and maladministration of these funds. That’s the conclusion of Mmashudu Masutha and Deborah Mutemwa-Tumbo, authors of Corruption Watch’s Mining Royalties Research Report 2018, which examined communities in Limpopo and North West and found that the payment of royalties to affected communities was mired in “greed, competition for a finite financial resource, deliberate exploitation, mismanagement of funds and resources, poor administrative oversight and a lack of will, accountability and commitment on various levels to repair and transform the pay-out of mining royalties.”

Eastern Cape teachers were forced to print exam papers at home and pupils wrote tests in cold, dark classrooms due to unpaid electricity bills. More than 10 schools in the Alfred Nzo municipality have been operating without power for weeks after Eskom pulled the plug on defaulting customers. A teacher from Burgersdorp Primary School, in the Joe Gqabi district municipality, told TimesLIVE that the school had been without electricity for more than six weeks. She said exam papers had to be printed at a colleague's home. Pupils wrote exams in "cold classrooms", in poor light. "It has been an extremely difficult and cold term. The power has really hindered us. Other teachers had to go to the local library or an internet cafe to print their work.

Crates of sardines that were netted in Amanzimtoti on Saturday and Sunday sold for R1,500 each. The first crates of at least 30 dozen fish are usually the most expensive. By the end of the sardine run‚ a dozen fish will cost between R10 and R20. On Sunday, a dozen of the tiny silver fish went on sale for about R60. KZN Sharks Board received reports of netting of sardines south of Durban on Saturday and Sunday afternoon. "The netting in that area continued on Sunday, with about five nets of actual sardines being netted. There were many missed nets in between, where an attempted netting comes back empty," said the board's acting head of operations, Greg Thompson.

A group of animal rights activists will gather outside Durban's Greyville Racecourse on Saturday morning to protest against the country's biggest horseracing event. Ban Animal Trading SA said the protest was not aimed at bringing the 123rd Vodacom Durban July to a halt. "Just like last year, the aim of our protest against the Durban July this year is to raise peaceful awareness about the horrific realities of the horseracing and betting industry in South Africa. We are not going to bring the event to a halt at all, as we believe in creating awareness and encouraging people to make compassionate choices," the organisation's Saihashna Rajkumar said. She said behind the glitz and glamour lay "a very dark side to the horseracing or betting industry that the general public isn't aware of". "These include unethical training methods and illegal stimulants, and horrific injuries and deaths on the course.

A magician accidentally shot his co-performer in the head with a crossbow when "magic show" went horribly wrong at the National Arts Festival (NAF) in Makhanda on Sunday. The freak accident happened in front of a horrified crowd. Assistant performer Li Lau was rushed to Settler’s Hospital to have an arrow lodged in his head removed after lead performer Brendon Peel fired a single shot to the head, NAF CEO Tony Lankester confirmed to DispatchLIVE. Lankester said the crowd was immediately evacuated from the packed Masonic Front Hall where it had gathered to watch the duo’s 'Carnival Sideshow and Other Magical Things' performance. Lankester told DispatchLIVE the accident happened during an illusion being performed by Peel. “Mr Lau was taken to Settlers Hospital where he has received treatment. We are informed that the crossbow did not penetrate his skull, and Mr Lau is fully conscious.”

A video of a motorist clocking 322km/h on the R21 outside Kempton Park went viral on social media on Sunday. It is unclear when the video was taken, but the time on the car's screen shows it was just after 4pm. 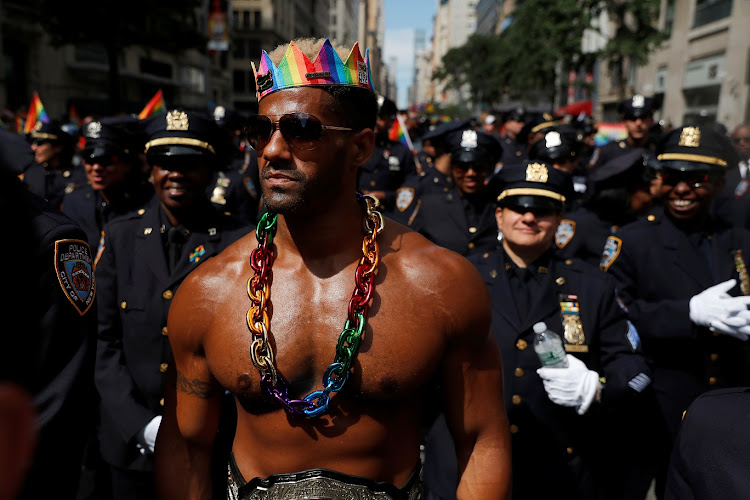 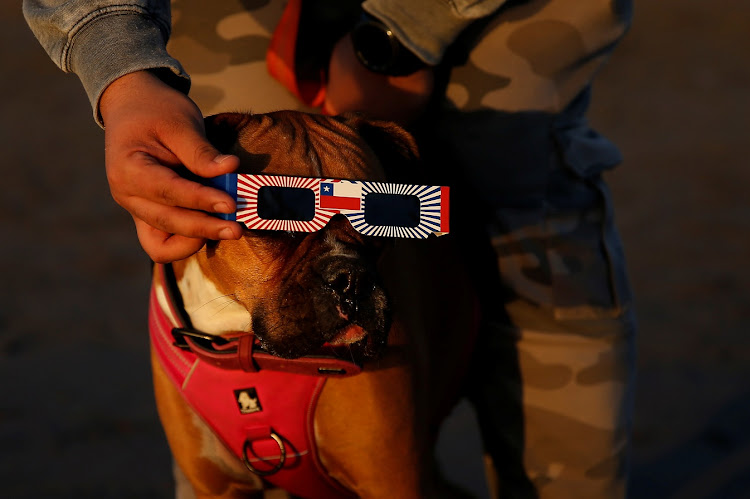 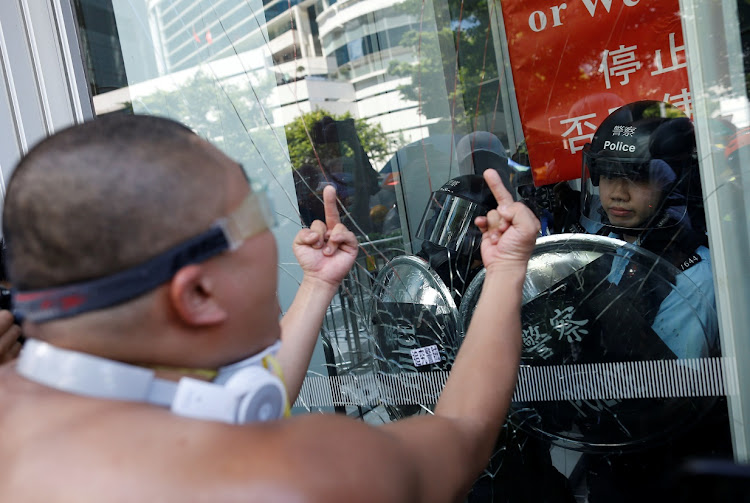 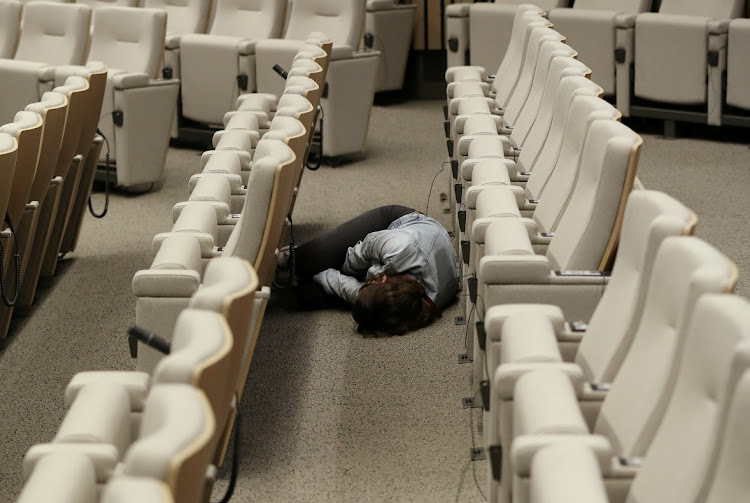 The town that killed itself: Germany’s silent suicide epidemic

A new book reveals why, in one town, 1,000 residents killed themselves as the Nazi regime fell

Not pale, male and under 30? Forget about a job in Silicon Valley

Big tech is, to say the least, not an inclusive environment - but that may be about to change

Who, me? Never! The best excuse is blaming someone else

Cambridge academic has discovered how best to get yourself off the hook, albeit not completely

MY HEART WILL GROW ON The iconic still from the movie 'Titanic' is recreated using different varieties of rice in a paddy in Shenyang, China.
Image: STR/AFP

The Church of England on Monday urged Christians to follow the example of Jesus when interacting on social media, as it launched a new charter to create a "positive atmosphere" online. Archbishop of Canterbury Justin Welby visited the British headquarters of Facebook to launch the digital charter, which asks individuals and churches to pledge to be truthful, kind and welcoming online. "Social media has transformed the way we live our lives. As Christians we are called to engage in a way which is shaped by the example of Jesus," he said in a statement before the visit.He added: "Each time we interact online we have the opportunity either to add to currents of cynicism and abuse or to choose instead to share light and grace." – AFP

… but not God in Bollywood

A Bollywood actress who starred in India's highest-grossing movie said she is quitting acting because it is incompatible with her Islamic faith, sparking a social media storm. In a lengthy social media post on Sunday, Zaira Wasim said she was leaving the profession because becoming a Bollywood star had "damaged" her relationship with God. The 18-year-old won major awards for her two film roles to date and was considered a rising star of Indian cinema. Some took to Twitter to criticise Wasim for invoking Islam as her reason for leaving acting. "Exit is your choice, reason, by all means. Just do not demean it for everyone else. The industry where all work shoulder to shoulder, no differences, caste, religion or where you come from," wrote actress Raveena Tandon. – AFP

A 3,000-year-old head sculpture of an eternally-young Tutankhamun - the Egyptian pharaoh known as King Tut - goes under the hammer this week in London despite an outcry from Cairo. Christie's expects the 28.5cm brown quartzite relic from the Valley of the Kings to fetch more than £4m on Thursday. The Financial Times reported that it was the first such Egyptian statuette to go on the market since 1985.The pharaoh's finely chiselled head - its serene eyes and puffed lips emoting a sense of eternal peace - comes from the private Resandro Collection of ancient art that Christie's last sold in 2016 for £3m. But Egyptian authorities want to see the auction halted and the treasure returned. Former antiquities minister Zahi Hawass said the piece appears to have been "stolen" in the 1970s from the Karnak Temple complex of Egypt's great monuments. – AFP

Google's bet on balloons to deliver cell service soon faces a crucial test amid doubts about the viability of the technology by some potential customers. Loon says its balloons will reach Kenya in the coming weeks for its first commercial trial. The test with Telkom Kenya, the nation's No 3 carrier, will let mountain villagers buy 4G service at market-rate prices for an undefined period. Kenya's aviation authority said its final approval would be signed this month. Hatched in 2011, Loon aims to bring connectivity to remote parts of the world by floating solar-powered networking gear over areas where cell towers would be too expensive to build. Its tennis-court-sized helium balloons have demonstrated utility. Over the past three years Loon successfully let wireless carriers in Peru and Puerto Rico use balloons for free to supplant cellphone towers downed by natural disasters. – Reuters

British singer Cliff Richard joined forces with other high-profile figures in the media on Monday to demand that those people accused of sexual offences are given anonymity until they are charged. Richard, 78, one of Britain's best-known entertainers, was investigated by police over allegations of historical child sex offences but cleared in 2016. He successfully sued the BBC after the corporation broadcast a police raid on his house. Under the current rules alleged victims of sexual offences receive anonymity but suspects can be named. Police and prosecutors have argued in the past that naming those who have been accused of sexual offences can encourage other victims to come forward. – Reuters

Fruit and vegetable purchases jumped 20% last week in Italy as a heatwave gripped the country, agricultural association Coldiretti said on Monday. The heat pushed consumers to "change their menu and bring fresh and healthy food to the table or beach", while climatic conditions "favoured the production of very sweet fruits," it said. The heat was exceptionally intense for June in Europe last week, with temperatures of more than 40 degrees in Italy. Some crops on the Po plain in northern Italy were severely affected, with losses of between 10% and 30% of produce such as watermelons and peppers, said Coldiretti. Animals also suffered, with stressed cows on some farms producing up to 10% less milk than usual, it said. – AFP

Cash used to be king, but cryptos are here, ready or not

If SA fixes its finances, who will be left to build anything?

Fallen property darlings give themselves the Hyprop

Just for the record: More voodoo than Mardi Gras

Letters for the ages: the past at the end of a pen

To this day, Orwell’s truth defies our deepfake reality

A review of 'The Ministry of Truth' by Dorian Lynskey

It’s a numbers game: The plan behind India’s shenanigans

Once they knew England were on their way to victory, Kohli's men had to take as few risks as possible

Blast from the past: So close yet so far for Norton at Wimby