We need these taxpayers to lift up the poor, but who'd give hard-earned cash to this corrupt ANC government?

Poor families won’t stoop as plush estate rises around them

As the massive Sky City development takes shape, 50 families fight for land they have occupied for decades

Most Cape Flats kids carry guns, knives to school. Why?

New study paints depressing picture of what it is like to be a teenager in a world of gangsters, violence and neglect

See how the land lies: This is how we’re being conned

Here are a few of the unconscionable, blatant untruths that have been thrown at hapless consumers

Game over! Online gamers take aim over nonpayment of winnings

Who is really to blame for the Cape Town 10s gamers not being paid, and what do they intend to do about it?

This is how the IAAF got physical with Caster Semenya

Her former school didn’t have a science lab, but she was determined that other rural pupils would not miss out

They wrote it this week: Marriages, massacres and an unrepentant paedophile

Deadly secret: Why Chernobyl is having a zeitgeist moment

Perfect match: How coach’s death set Federer on the path to greatness

A HOLE TO ESCAPE CENSORSHIP A Chinese Uyghur Muslim participates in an anti-China protest during the G20 leaders summit in Osaka.
Image: Reuters/Jorge Silva

Former health minister Dr Aaron Motsoaledi has been hailed as a hero after assisting a bleeding passenger in Namibia moments before a plane took off on Friday. SA musician Ntokozo Mahlangu, more popularly known as Shade, said he had been travelling from Namibia to SA when he witnessed Motsoaledi in action after the plane's cabin crew appeared to have failed to help the man. "It was totally amazing to watch him assist like that. Normally, we expect ministers to sort of fold their arms and get VIP treatment, but this was certainly not the case," he told TimesLIVE. The man had been suffering from a nose bleed moments before boarding. "The cabin crew was all over the place and seemed like they couldn't assist. I don't know if someone alerted the minister or he decided to help," he said.

An ambulance crew in Johannesburg came under attack while attending to a person who had been assaulted at the weekend. As a result, City of Johannesburg emergency services spokesperson‏ Robert Mulaudzi said: "EMS management was forced to withdraw ambulance services until further notice to the community of Cosmo City." The Joburg public safety division said the crew were in one of the city's 42 newly delivered ambulances. This "has been withdrawn from service until further notice, due to yet another attack on our crews," the division said. On Wednesday evening City of Johannesburg paramedics were robbed of their belongings during an emergency call in Soweto. A KwaZulu-Natal paramedic was robbed at gunpoint while attending to a patient in Phoenix, north of Durban, on Wednesday. The week before, two KZN paramedics were wounded after responding to a callout that turned out to be a trap.

Corporate SA and individuals are making a positive difference to the country's student funding crisis, by sponsoring tertiary studies and offering workplace learning. In the two years since they started operating, the crowdfunding platform Feenix says it has been able to raise in excess of R25m which was used to support 900 students. "We currently have 117 corporate donors and 1,139 individual donors," says Leana de Beer, chief operating officer at Feenix. The platform was born out of the #FeesMustFall movement of 2015 and 2016, and aims at helping the "missing middle" - those who do not have access to the R111.2bn allocated by government for free education.

An advocate who claimed she was absent from work for six months because she did not know where her new office was has now found a spot in the unemployment queue. Dineo Gomba, a senior legal adviser at Gauteng's department of human settlements, was last seen at work in August 2018. She was on annual leave when her office in the Bank of Lisbon building in the Johannesburg CBD was gutted by fire on September 4. Despite her claims, Gomba's social media suggests she enjoyed holidays and expensive lunch outings with family. She denied going on holiday when she was meant to be working and on Friday had taken down her Facebook page, which tells a different story. And though her employer fired her in her absence and claimed that stopping her salary was the only way to get her to show her face, Gomba maintains she was "working from home".

SA National Parks (SANParks) management said there had been no disruptions at the Kruger National Park on Sunday amid a rumoured strike but that the majority of employees had stayed away from work. "We have just received a report and been informed that everything is running per normal, except that there were some minor delays in the operations," said spokesperson Ike Phaahla. The announcement comes after workers threatened to withdraw labour due to a dispute over payment for work on Sundays and public holidays. "The dispute is over payments for Sunday and public holidays. The current format is 0.5% of what they currently earn but are demanding a 1.5% increase," said Phaahla.

Four people died in a crash near Ikageng in Potchefstroom on Saturday night. "It is alleged that the driver of a Tata bakkie was crossing the N12 at the last entrance of Ikageng [Sarafina Road] into the N12, when he collided with a Hyundai vehicle that was travelling from Klerksdorp towards Potchefstroom. "Due to the collision, an unconfirmed number of people were flung from the back of the bakkie and landed on the road. Allegedly, another vehicle, a Kia, collided with some of the people that were on the road," said police spokesperson, Colonel Adéle Myburgh. The accident, which occurred at about 7pm, claimed the lives of two males and two females who have not yet been identified. "Four people died on the scene while seven other people were taken to hospital with serious injuries.” 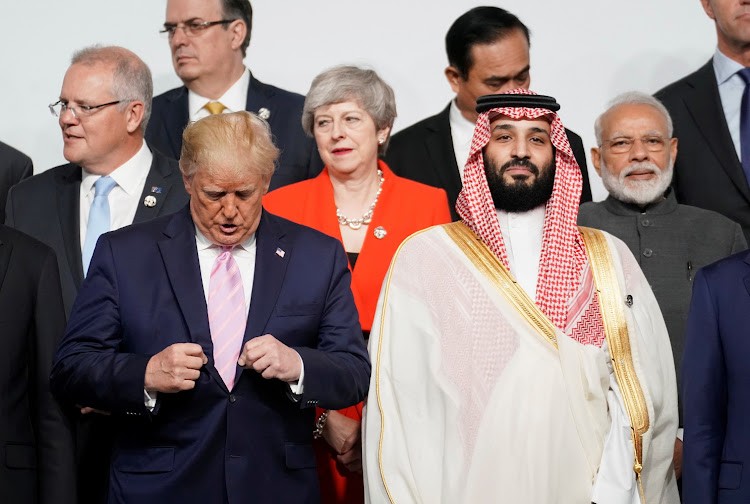 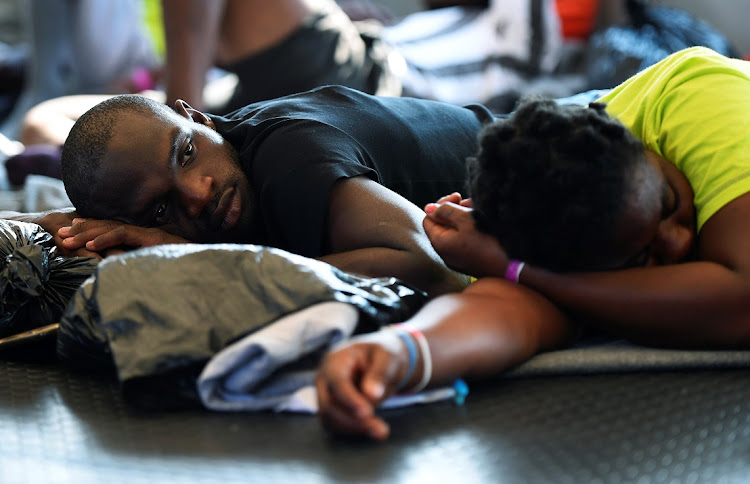 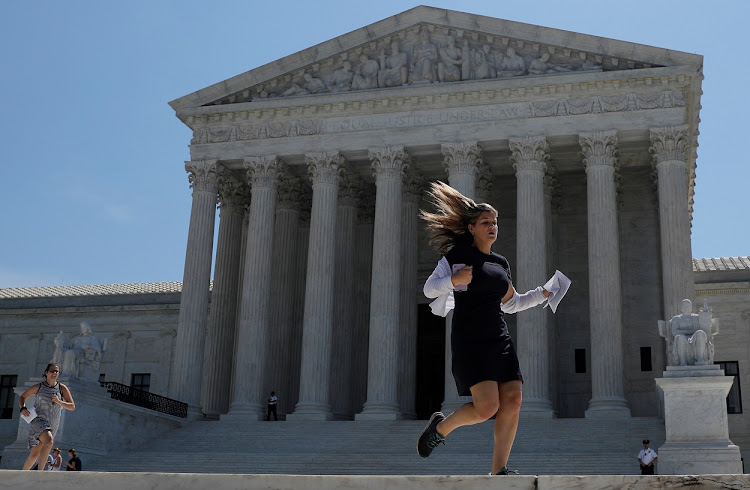 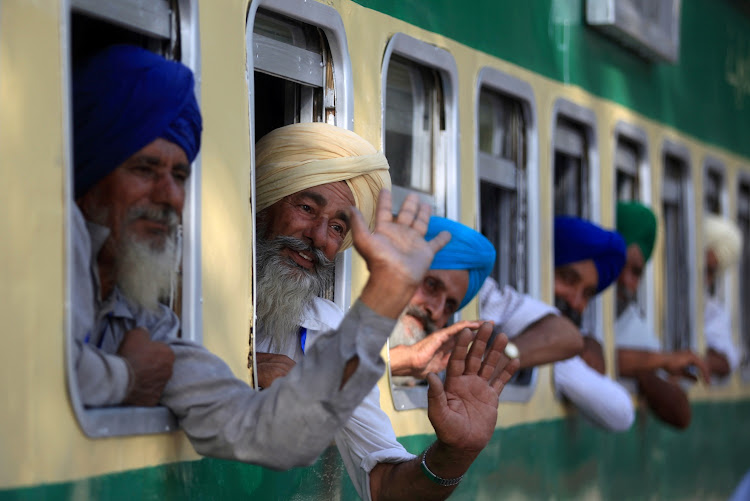 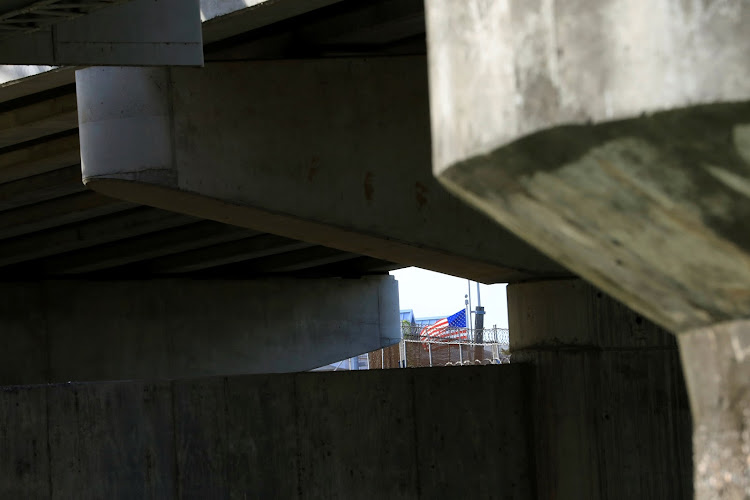 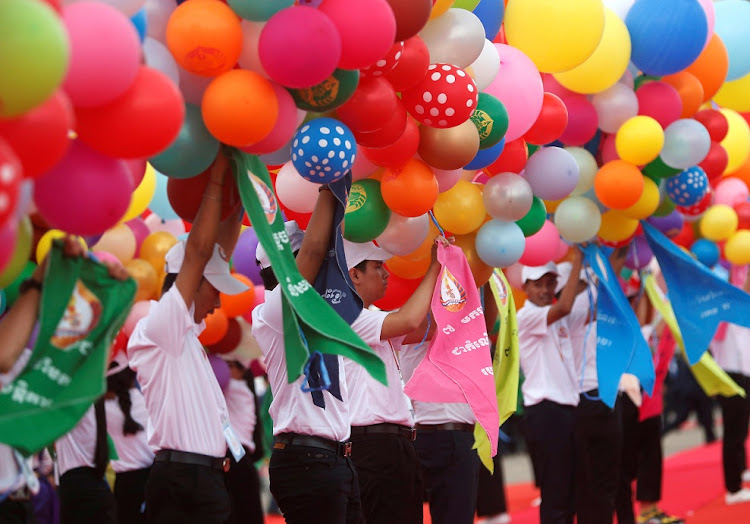 It was meant to be a short meet-and-greet, but the hasty DMZ dalliance was anything but brief

The West credits Putin with too much power - at its peril

Keep your hair on! Stem cell breakthrough may cure baldness

BURNING THROUGH THE FUNGUS Yaks walk on a mountain in the Amne Machin range in Qinghai province, China, where the highly valuable caterpillar fungus is threatened by rising temperatures.
Image: Reuters/Aly Song

Japanese whaling ships were preparing on Sunday to set to sea, with crews gathering on decks in a northern port as Japan undertakes its first commercial whaling hunt in more than 30 years on Monday. Japan announced last year it was leaving the International Whaling Commission and would resume commercial whaling on July 1, sparking global condemnation and fears for the world’s whales. Japan has long maintained that eating whale is an important part of its culture and that most species are not endangered. The hunt will be confined to Japan’s exclusive economic zone. - Reuters

William and Kate to brave Pakistan

Prince William and his wife Kate will visit Pakistan later this year on the first royal trip to the country in more than a decade, Kensington Palace announced on Sunday. Pakistan has battled homegrown militants for more than a decade, with tens of thousands of people killed, but the security situation has stabilised recently after crackdowns on insurgents. The royal couple's visit, requested by the Britain's Foreign and Commonwealth Office, shows London's renewed interest in the country. "Further details (of the visit) will be advised in due course," Kensington Palace tweeted. – AFP

Volcanic eruptions in Papua New Guinea have forced 15,000 villagers in the country's northeast to flee their homes. Mount Ulawun on PNG's northeastern island of New Britain exploded suddenly on Wednesday, shooting an ash column 18km into the air, while nearby Manam erupted on Friday, sending dangerous pyroclastic flows down its slopes. There were no reported casualties but the eruptions destroyed homes, plantations and wells, leaving villagers without food and water while ash columns disrupted domestic flights. – Reuters

Nudists go into battle against burkinis

Hundreds of French nudists are threatening to ‘bare all’ against burkini-clad bathers in a showdown at public baths in Grenoble as an ongoing row over the body-covering garment has resurfaced in the European heatwave. The city obliges women to wear one-piece swimming costumes in swimming pools while men must wear Speedo-style trunks rather than shorts, for hygiene and security reasons. A group of Muslim women called Citizen's Alliance of Grenoble has twice turned up to pools in the city at the foot of the French Alps wearing the burkini. Grenoble residents have launched a rival group called Everyone Naked, calling on all members to turn up to the pool ‘baring all’ to take on the ‘burkini brigade’. – Telegraph Media Group Limited (2019)

Pair go to cops after hired hitman bails on them

A mother and daughter have been arrested in Spain after they complained to police of a fraud by the daughter's boyfriend who had promised to kill a man for them, harvest the organs and share £54,000 from the sale. The women made a down-payment for the supposed ‘hit’ in March. But months passed and the assassination failed to take place, so the two women went to the police to report being victims of a fraud, and showed the police the contract they had signed. Officers arrested the two women. – Telegraph Media Group Limited (2019)

Meghan may be barred from the US

The Duchess of Sussex could be barred from re-entering the US in the future if she chooses to renounce her citizenship. The US government has started enforcing provisions of 1986 legislation allowing the country to exclude tax ‘refugees’ - Americans who drop their citizenship to avoid paying US tax on earnings they make overseas. The move could present a dilemma for the Duchess and her son Archie (a dual US-UK citizen) if they choose to become solely British citizens. The United States taxes its citizens irrespective of where they live. – Telegraph Media Group Limited (2019)

Forget the PR gloss, Bain, tell us the whole truth about Sars

Aussie ‘Goldilocks’ economy now more like emperor with no clothes

In cancel culture does Michael Jackson still have a legacy?

Ten years after the star's death, the documentary 'Leaving Neverland' has forced many to reassess his legacy

Why wish for Mars when you’ve got the moon, Hawking told Buzz

Buzz Aldrin describes a chat he had with the astrophysicist, and the sage advice the latter gave him

Going to jail? There is now a guide book to help you survive

SPORTS DAY: You want me? It’ll cost you, says Herve

Take it from a ‘cockroach’, Du Preez, you can’t hide from mediocrity

The Sharks coach has a big jaw about the media, but he has taken the team nowhere in the past three years

Blast from the past: Lord’s hosts big first for SA