Hijacker gets life for two murders without firing a shot. Why?

It was dad’s bullet that killed little Sadia, but jailbird is nailed for her death and that of his alleged accomplice

Good news for ANC and DA municipalities, but coalitions? Not so much

Only 12 municipalities got clean audits. Two mayors tell us how they managed it

Left to die in veld near Cullinan outside Pretoria, the badly neglected stallion is clinging to life

Beware! Vishing is the new Phishing

He intentionally tried to mislead his employee to avoid paying out an unfair dismissal claim, court rules

The dung beetle: So much more than just a poo roller

These overlooked heroes have a multifaceted GPS system, researchers find

Procedure made short work of severely calcified and blocked arteries, eliminating the risks of balloons and stents

Specialist degrees are worthless - kids need to learn on the job

A general BA degree is a must, but before they're bombarded with facts, put them in a work-learning space

Pastures of milk and blood: Nigeria’s war of the land

Ostracised, they are at huge risk for cancer and blindness due to a genetic mutation caused by in-family marriages

Prosecutor in dock over plan to kill wife

A senior Durban National Prosecuting Authority (NPA) official has been arrested for conspiring to murder his wife. The NPA confirmed that its deputy director for public prosecutions in the provincial sexual offences and community affairs unit, Kombisa Mbakaza, had been charged with conspiracy to commit murder. Mbakaza was granted R2,000 bail in the Durban Magistrate's Court on Tuesday. Details that Mbakaza allegedly conspired to murder his wife, a regional court magistrate in the Eastern Cape, were revealed after a hitman informed police of the alleged plot. Mbakaza is responsible for the Thuthuzela Centres which deal with victims of abuse and sexual violence. He is expected back in court on August 28.

Denel CEO Danie du Toit said he was confident that the company's turnaround plan would ensure the long-term sustainability of the business. Du Toit said this on Wednesday when he confirmed that the state-owned arms manufacturer would pay full salaries to all its employees by this Friday. This follows a company statement on Tuesday morning that it would be able to pay only 85% of salaries this month due to liquidity constraints. On Tuesday afternoon, public enterprises minister Pravin Gordhan announced in parliament that a lender had come to the assistance of Denel and that full salaries would be paid. Du Toit, who assumed his position in January, said the shareholders, the board and management were continuously working to find sustainable solutions to the liquidity crisis facing Denel. He said the company was, however, still facing challenges.

Hijab may not be worn with uniform: SANDF

The South African National Defence Force (SANDF) laws clearly state that no other clothing should be worn with the official uniform, the SANDF said on Wednesday as it sought to defuse outrage after it charged Major-General Fatima Isaacs, a forensic pathologist in the SANDF, for wearing her hijab with her uniform. Isaacs, stationed at 2 Military Hospital in Wynberg, Cape Town, appeared before the military court on Tuesday following her refusal to remove her headscarf. She will appear again in August. The SANDF said on Wednesday it had noted commentary on various media platforms over the issue regarding military rights and affiliation. SANDF spokesperson Brigadier-General Mafi Mgobozi said religious affiliation was recognised by the SANDF. "The SANDF, as a military organisation, is governed by prescripts and dress codes, which regulate and dictate how the SANDF uniform should be worn. The regulatory framework clearly stipulates that no other clothing should be worn with official uniform."

A laptop theft case against EFF MP Nazeer Paulsen was given one last chance on Wednesday after Cape Town magistrate Riaz Khan threatened to strike it off the roll. The state asked for another postponement for the matter to be finalised for trial but Khan noted that the complaint was made in 2017 and that the case had been set down for trial twice since then. The prosecution asked for another delay because the investigation was incomplete without a string of e-mails between Paulsen and the complainant, Western Cape MEC for social development Sharna Fernandez. Fernandez, then speaker of the Western Cape legislature, accused Paulsen of stealing a laptop belonging to the legislature. Paulsen said he wanted to buy the laptop but was never given a response to this request. The case was postponed until July 11, when Khan said it must be ready for trial.

KwaDukuza municipality in northern KZN closed its doors after protests on Wednesday. A municipality notice informed the public that "due to protest action that has nothing to do with the municipality it has been forced to close its offices", and that this precautionary measure was “taken in consideration of the safety of the municipality's staff, their assets and clients”. The protest is understood to be related to factions within the ANC that are disgruntled over a proposal to reinstate former ANC Youth League secretary Musa Zondi to his former position. Zondi was convicted of murder and kidnapping and sentenced to more than 20 years in prison by the Pietermaritzburg High Court in 2018, and is appealing the matter. Asked about Zondi’s possible appointment, municipality communications officer Sifiso Zulu said it was an internal matter.

Wife murderer Rob Packham has accused state witnesses of lying and intentionally misleading the Cape Town High Court. Judge Elizabeth Steyn, who convicted the Constantia businessman of murdering his wife of 30 years, Gill, heard Packham's application for leave to appeal on Wednesday. The 58-year-old, who has been sentenced to 22 years, wants to appeal against his convictions for murder and defeating the ends of justice. Steyn found that he killed Gill, loaded her body into the boot of her car and set it alight at Diep River railway station in February 2018. But Packham's attorney, Ben Mathewson, told Steyn on Wednesday that she had "misdirected" herself by accepting the evidence of all state witnesses. Prosecutor Susan Galloway opposed the application on the basis that all the arguments Packham's counsel raised had already been considered by the court. Steyn will rule on the application next week.
HOW TRAGEDY RELATES TO CRISIS The bodies of Salvadoran migrant Oscar Martinez Ramirez and his daughter, who drowned while trying to cross the Rio Grande at the US-Mexico border as Donald Trump’s administration escalates measures to keep out migrants.
Image: STR/AFP 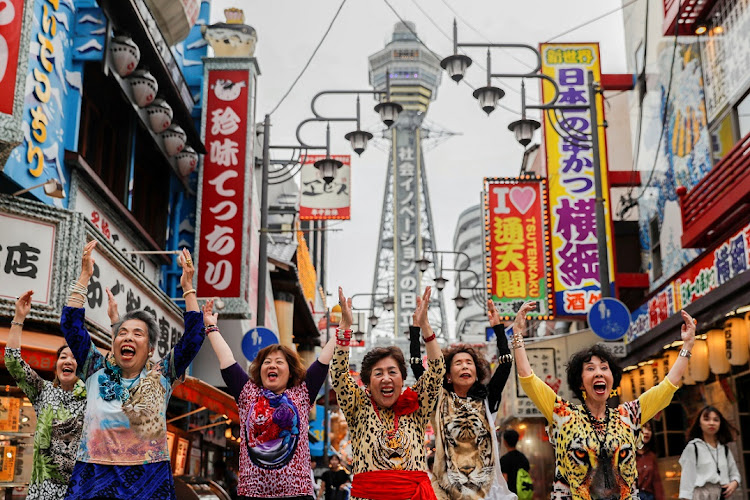 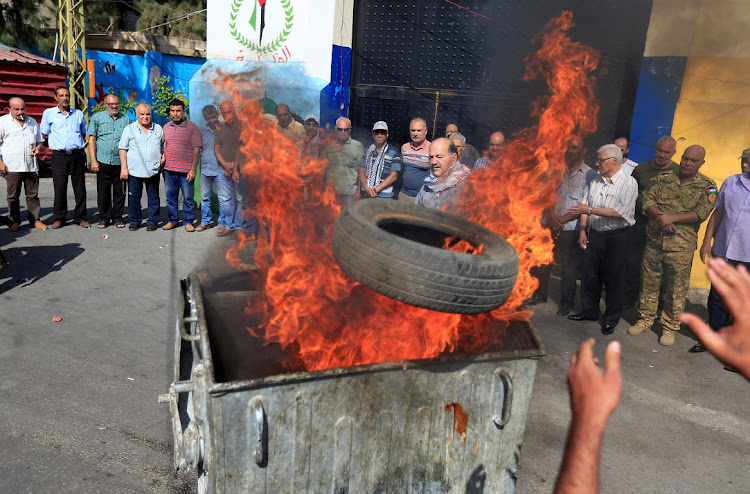 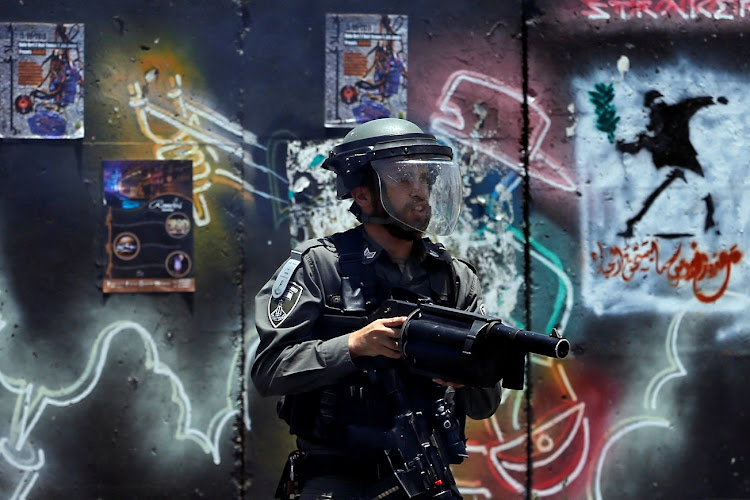 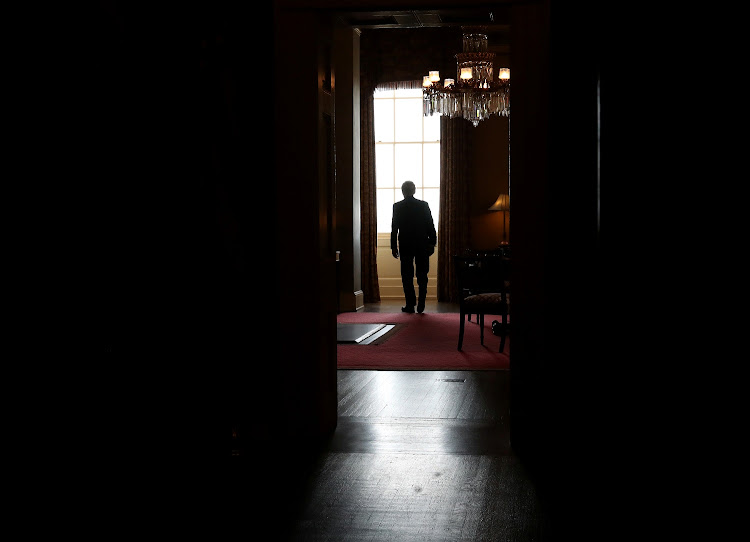 It’s ‘absolutely fine’ if one of my kids is LGBT, says Prince William

The immensely popular Korean music scene has a squeaky-clean image, but nothing could be further from the truth

Moors murderer ‘was allowed contact with vulnerable boys in prison’

Ian Brady had 'high-profile support', as blind eyes were turned even after one boy said he had sex with the killer

DON'T BOX HER Miriam Gutierrez ‘La Reina’ (The Queen), 36, gets dressed after training at her boxing gym in Madrid.
Image: Reuters/Susana Vera

One too many outings for miffed cardinal

US cardinal Raymond Leo Burke — a conservative heavyweight and the pope’s fiercest critic — has distanced himself from former Trump adviser Steve Bannon over a proposed film about homosexuality in the Vatican. Burke, seen by some as a key ally of Bannon’s in his attempts to foment right-wing populism in Europe, took umbrage at the former journalist’s interest in making a film based on the book ‘In the Closet of the Vatican’. The book was released this year and claims that four in five Vatican clerics are gay, including cardinals who use male prostitutes. Bannon has met with the book’s French author Frederic Martel with a view to turning it into a film, according to faith news website LifeSite, which unwittingly implied the pair had Burke’s blessing. — AFP

No winners, only whiners, in trade war

More than half of Chinese consumers have avoided buying anything made in the US in support of their country in an escalating trade war, a survey suggests, posing a ‘significant’ risk to US companies. The poll by Brunswick, which surveyed 1,000 Chinese consumers, said 56% of respondents had said they had avoided US products, while 68% said their opinion of US firms had become more negative. Brunswick also surveyed 1,000 US consumers for their opinions on China. It said US opinions of Chinese companies were worsening and that 60% of respondents had noticed price increases on household goods since tariffs were increased. — Reuters

German police cautioned a man riding naked on a moped clad in only his helmet and sandals in Brandenburg while tempers flared over topless sunbathers in Munich, as temperatures soared in a sizzling heatwave across the country. Police clarified that it was not illegal to go around nude in public, but only so long as no one files a complaint. In the south of the country, some female sunbathers who went topless at Munich’s Isar river touched off a row as five fully-clad security men walked over to tell them to put their bikini tops back on, Sueddeutsche daily reported. Several other sunbathers nearby stood up for the women, with one telling the newspaper: ‘We took off our bikinis out of solidarity.’ — AFP

Don’t ask an American to fix the weather

Nearly 70% of Americans, including a majority of Republicans, want the US to take ‘aggressive’ action to combat climate change — but only a third would support an extra tax of $100 a year to help, according to a Reuters/Ipsos poll. The results underscore a crucial challenge for Democrats seeking to unseat President Donald Trump in next year’s election. Many will have to balance their calls for strict environmental regulation with a convincing argument for why the changes are good for taxpayers and the economy. Plans quickly lose support when voters sense they come with a personal price tag, such as paying extra taxes, higher power bills, or trading in their current vehicle for an electrical one, the poll showed. — Reuters

Who associates a kimono with tight underpants?

US television star Kim Kardashian has sparked debate in Japan by naming her new line of shapewear ‘Kimono’, prompting some to accuse her of disrespecting the traditional outfit. The pop culture icon said the new Kimono line offered ‘solutions for women that actually work’. But the announcement garnered mixed reaction, with some offering their criticism on Twitter using the hashtag #KimOhNo. Kimono literally means ‘something to wear’. While the elaborate outfits might appear to have little in common with the snug garb being offered by Kardashian, kimonos are not only often hugely expensive but known for being hard to wear. — AFP

Thousands rock up for mud-free Glastonbury

Glastonbury, the world’s largest greenfield festival, opened its gates on Wednesday to thousands of lucky ticket holders who have descended on Worthy Farm in southwest England to see performers ranging from Stormzy to Kylie and Janet Jackson. Two million people pre-registered for the ballot to buy one of 135,000 general admission tickets for the three-day festival, which returns in 2019 after taking last year off. Marc Bolan played the first event in 1970, which had an entry charge of £1 with free milk included. Tickets for this year’s festival, which were priced at £248 (about R4,500) sold out in 36 minutes. — Reuters

BULL’S EYE: Precious little apart from gold to cheer about

With no other bright spots on the investment horizon, it’s pretty cool to have gold come to the party

Fear and clothing: Hat and tales on the Orient Express

Men’s grooming: The kindest cut is a snip at the price

The best and hippest places in SA to go for a haircut, beard trim or the full treatment

Blasts from the past: Morne Steyn alive to Lions threat