Free the Fees Must Fall students! Young MPs sock it to Cyril

Paedo suspect must go back to UK for trial

Magistrate says there's enough evidence to prosecute the 72-year-old Scot, but he isn't giving up the fight

Show us our money, all R1bn of it, say KZN’s traditional leaders

Trouble brews over proposal to standardise pay and perks for traditional leaders, as government aims to cut costs

A Mosotho accused of murder, which she argues was self-defence, has been refused bail. Not fair, say experts

Brainwave gets more rural kids from village to varsity

Growth, investment and consumer confidence won’t come out of a committee, panel or strategy document

Is the key to weight loss in our DNA? We’re being fed half the answer

Genetic testing is set to transform the diet industry, but when this pasta addict tried it she was left unimpressed

DEATH TRAPDOOR Tourists visit the ‘Door of Europe’ monument, which commemorates migrants who died on their journey, on the Sicilian island of Lampedusa, Italy.
Image: Reuters/Guglielmo Mangiapane

Another evacuation as fire starts at SABC

A fire broke out at the SABC's Radio Park building in Auckland Park, Johannesburg on Tuesday. The fire started at the canteen near the Metro FM and 5fm studios, and staff were evacuated as a precautionary measure. Security blocked the entrance and was not allowing anyone to enter the building. Five people were reportedly taken to hospital for treatment. The building was evacuated in May and a four-day clean-up operation was needed after a diesel spill.

The eThekwini municipality has warned residents about a group of alleged scammers who claim to be fundraising on behalf of mayor Zandile Gumede, who is on 30 days’ leave. The municipality said on Tuesday the scammers were randomly approaching people for donations towards Gumede’s legal costs. The municipality said she had not asked for such donations. Gumede, senior councillor Mondli Mthembu and businessman Craig Poonan were charged in mid-May over graft relating to a R208m Durban Solid Waste contract dating back to 2016. Acting head of communications Mandla Nsele said the municipality had decided to take a pro-active approach to warn residents as it had heard a number of rumours. "We … have not yet received any solid evidence of anyone being scammed," said Nsele. The three are due in court in August.

A police officer responding to intense gang violence in Cape Town was killed in a shootout with suspects on Monday night. The 34-year-old sergeant from the crime prevention unit at Steenberg police station was patrolling with his partner in Fawley Court, Lavender Hill, just before midnight when they spotted five suspects. The suspects fled, but when the officers pursued them they opened fire in Grindel Crescent, wounding the sergeant at the wheel of a police vehicle. He died in hospital. Police spokesperson Lieutenant-Colonel Andrè Traut said the sergeant's partner, a constable, escaped unharmed.

The South African Institute of Chartered Accountants (Saica) is cancelling Jacques Wessels’s membership of the body as a result of his role in the audit of Gupta-owned companies while employed by auditing firm KPMG. This means Wessels will no longer be allowed to use the CA (SA) designation. He is one of a number of Saica members the organisation took action against for contravening the institute's code in respect of their work on the audits of Gupta companies. Saica established an inquiry, headed by advocate Dumisa Ntsebeza, in 2017 following widespread reports of wrongdoing by KMPG relating to the audit of Gupta companies. The inquiry released its report in December 2018. Saica said Wessels was one of three Saica members who were directly responsible for the Gupta audits. Draft charge sheets had been issued in respect of the other two.

A man who escaped from a KwaZulu-Natal prison on Saturday is still at large. The department of correctional services said on Tuesday that Sabelo Ngcobo escaped from the Melmoth Correctional Centre. "According to our preliminary investigation, he is serving six years' imprisonment for two counts of housebreaking. At the moment, an investigation is under way to establish the facts around the matter," said department spokesperson Thulani Mdluli. A case of escaping from custody had been opened at the Melmoth police station. "At the moment the offender is at large and the KwaZulu-Natal department of correctional services appeals to any members of the public who may have information that could lead to the arrest of this inmate to report immediately to the police," Mdluli said.

DA MP Natasha Mazzone has called on President Cyril Ramaphosa to dismiss ANC MPs who have been designated to chair the National Assembly's portfolio committees. ”Through you, chairperson, I ask that the president, as the leader of the ANC, steel your resolve and dismiss these people from parliament. Prove that you are indeed the master of our fate, the captain of this ship, and that you are not just being led around by the nose by factions in your party,” said Mazzone, while debating Ramaphosa's state of the nation address (Sona).

A video showing convicted killer Ruwain Meer and fellow inmates having a cocaine-fuelled party in Westville prison emerged on Monday. Meer was convicted of a double homicide in 2009. The department of correctional services has responded by moving Meers and another inmate to the Kokstad Super Max Correctional Centre. 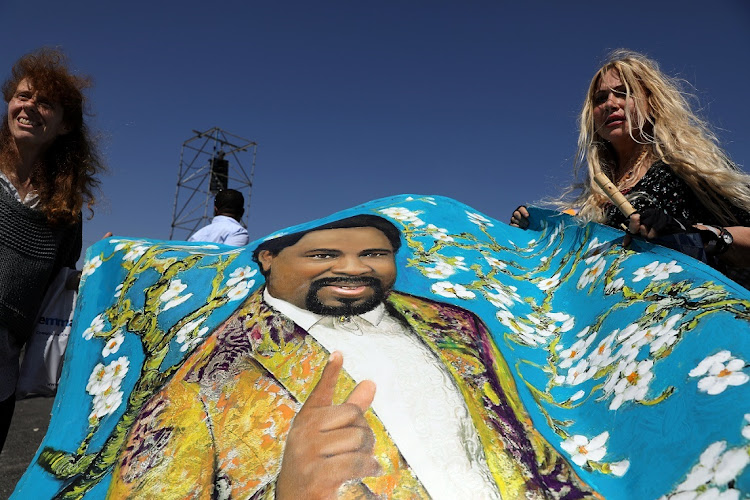 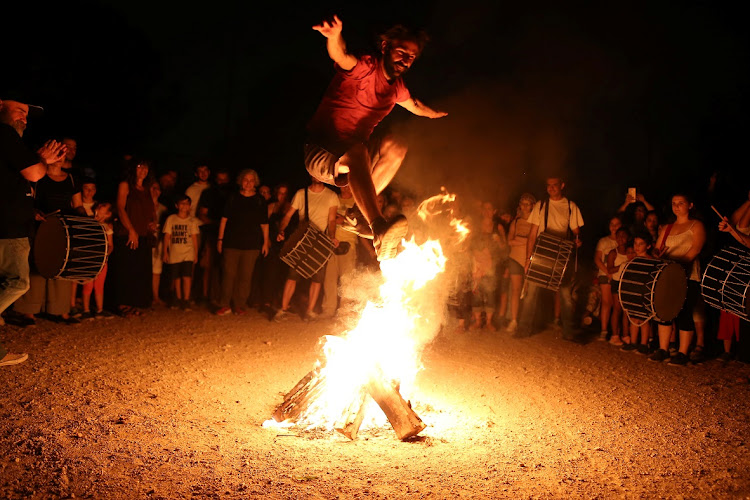 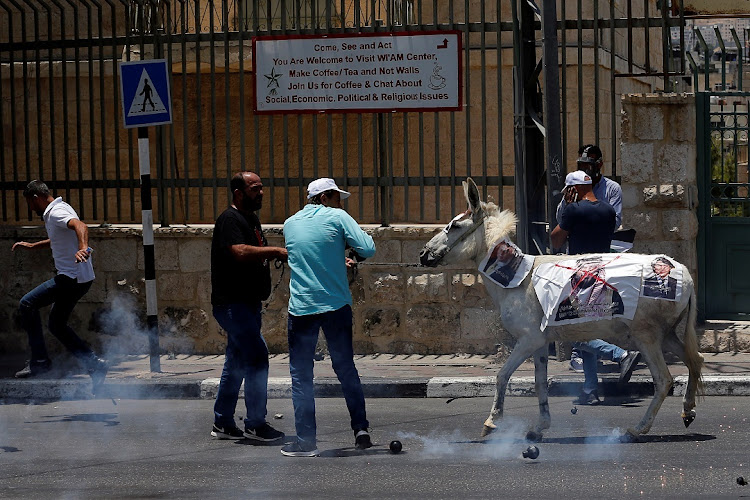 At last! Sisters can do it for themselves on Kenyan farms

After a landmark court ruling, brothers no longer have all the power when it comes to inheriting land

Judith Krantz: a nice Jewish girl who became queen of the ‘bonkbuster’

With competent, ambitious and ravishing heroines, she weathered sharp criticism as she pioneered a genre

Love is in the air – Venus’s perfume is to blame

The Louvre has asked two of France’s top perfumers to create fragrances to go with statues of the goddess of love. The pair were asked to match fragrances with Ingres’s works, the ‘Grande Odalisque’ and ‘The Valpincon Bather’ as well as Gainsborough’s ‘Conversation in a Park’. Among the paintings chosen is Fragonard’s ‘The Bolt’, the famous seduction scene some feminist critics now say raises questions of consent. – AFP

Count us in or it’s over, Papua tells Australia

A man who vandalised Donald Trump’s Hollywood Walk of Fame star was charged with the theft of a nearby statue of Marilyn Monroe. Austin Clay, 25, was arrested Friday at his home in LA suburbs after police identified him from video surveillance footage. The statue itself has not been found. – AFP

Frida the rescue dog, a labrador retriever who gained worldwide fame for her heroics after the earthquake that hit Mexico in 2017, officially retired from duty. Frida went into retirement at 10 years old in a ceremony at the canine unit of the Mexican marines. Frida saved 12 people’s lives across her decade-long career as a search and rescue dog. – AFP

About a dozen rural US telecom carriers that depend on Huawei for network gear are in discussions with its biggest rivals, Ericsson and Nokia, to replace their Chinese equipment. The carriers, which include Pine Belt in Alabama, and Union Wireless in Wyoming, are seeking discounted pricing and looking forward to government assistance but have yet to reach agreements. Nokia and Ericsson declined to comment. – Reuters

Climate change is threatening ancient Greek monuments, among them the Acropolis. Air pollution and acid rain are eroding marbles, while extreme weather phenomena such as droughts or torrential rains have led ancient walls and temples to develop structural problems. Even though the Acropolis hill is probably Greece’s best preserved archaeological site, there are signs that climate change threatens that. – AFP

Kauai, my bru ... how Real Foods made fast food hip

Finally, some moving and shaking in listed property

Investors have been clamouring for more mergers and acquisitions, and now they’re starting to get them

What does the JSE hope to gain from Tongaat director?

If non-exec directors can’t hold executives accountable by asking the hard questions, what value do they add?

Q&A: TV chef Siba Mtongana dishes up her life on a plate

Host of ‘Siba's Table’, author, menu curator and caterer spills the beans on what sustains and delights her

Rand Steam: Shop while you catch a whiff of old Joburg

What is the potent attraction behind the Magnet Theatre?

SPORTS DAY: Cricket SA gears up for an almighty purge

Lord’s have mercy: So this is what all the fuss is about

Our man saw only the first part of Australia’s innings against England, but that was more than enough

Blasts from the past: Jenkins kicks Wales to first SA beating