Depressed about Cyril’s Sona? Well, SA could have it a lot worse

The world needs good leaders more than ever, but it's got trigger-happy Trump and Boris the buffoon - and Putin

Dear SA, a new website brings democracy directly to you

The site has received hundreds of thousands of views on land reform, for example

Trampoline company is in for the high jump

Through the hallowed idea of a father figure and careful use of language, the flock is 'easily groomed'

Only five vessels on the local register so far, but tax laws have eased and there are more ships on the horizon

No, you are not allowed to wave traditional weapons at a strike

This should get the Cape’s wind up about plastic pollution

‘Toy Story’ dared to go to infinity ... and beyond

With its radical animation and existential angst, it started a revolution in children's films

A woman believed to be in her 40s was killed when a lift 'failed' in a highrise building in Doornfontein, Johannesburg, on Sunday morning, paramedics said. ER24 spokesman Ross Campbell said the lift had ascended rapidly and came to a stop above the 26th floor. In a tweet earlier, he said the cable had allegedly snapped and that the lift had "shot up 26 floors". "A second person was able to crawl free through the remaining gap between the top of the interior door and bottom of the lift door - he was transported to hospital by another service,” Campbell said. The woman had suffered a critical head injury. “Attempts were made to stabilise the patient, however access was limited as the lift was very unstable. Despite every effort by a team of professionals, she did unfortunately succumb to her injuries and was declared dead on the scene.”

Acting Mpumalanga Hawks head Brigadier Obed Ngwenya has welcomed the arrest of four traffic officials and two police officers on Friday for allegedly soliciting bribes from motorists, saying more arrests were imminent. The six were arrested by the Hawks in collaboration with the National Traffic Anti-Corruption Unit. The Hawks said traffic officials Khethiwe Mkhabela, 42, Lucky Mabena, 37, and police officer David Mahlare Ntuli, 34, were arrested in Malelane and appeared in the Komatipoort Magistrate’s Court on the same day for alleged corruption. “They were granted R1,000 bail each and will appear at the same court on July 12 2019 pending further investigations.” The Hawks said three other suspects – two traffic officials and a police sergeant – who were also arrested on Friday, will appear in the Middelburg and Belfast magistrate’s courts respectively on Monday.

Man hangs daughters, then himself

A man hanged his two children before hanging himself at Ngaleng village in Mankweng, outside Polokwane, on Saturday evening. Limpopo police said Samuel Kgatle, 38, separated from his wife in 2018 and she left with their two children to live with her family. “On Saturday, the children went back to Mankweng to visit their father for the school holidays and upon their arrival the man allegedly called his wife and they had a conflict telephonically. The father then “allegedly turned against the children and hanged them one by one in separate rooms before he fled the scene", police spokesperson Colonel Moatshe Ngoepe said. The police were summoned and reacted swiftly. The man was found hanged in a house in the area.

A race and gender row is rocking the legal fraternity because of a “one size fits all” policy that dictates how many white and black men and women can sit on new provincial watchdog bodies. Elections for the new Legal Practice Council, which replaced the Law Society of SA and provincial law societies, were held in March. The regulatory body covers advocates and attorneys, and each provincial council has four advocates and six attorneys. In the Western Cape, the “unintended, perverse result” of strict race and gender rules is that a black woman has been left out in the cold in favour of a black man, even though she got almost three times the number of votes. Now the Cape Bar has launched an urgent high court application seeking to have the quota rules declared unconstitutional and discriminatory.

The basic education department's plan to clamp down on illegal independent schools may have hit a snag before it has even taken off. Spokesperson Elijah Mhlanga admitted the department does not maintain a record of unregistered independent schools, or a database of people convicted of operating them. This week, Mhlanga warned that anyone convicted of operating an unregistered school would be liable to a fine or imprisonment for three months. "Provincial education departments, with the assistance of police and the department of justice, would ensure that such schools cease operations once they learn of these illegally operating schools," said Mhlanga. He said it is the responsibility of parents to ensure schools are registered before they enrol their children.

Centre in bid to decriminalise child dagga use

The Centre for Child Law has asked the high court in Johannesburg to decriminalise the use of cannabis by children. "We are not saying children should smoke or grow [cannabis] but it cannot be criminalised," advocate Morgan Courtenay, representing the centre, told judges Ratha Mokgoathleng and Ingrid Opperman on Thursday. Now, justice minister Ronald Lamola has been ordered to provide submissions giving the state's view on the matter. The court application comes after four children appeared in the Krugersdorp Magistrate's Court in 2018 charged with marijuana possession. The prosecution decided the teenagers would be enrolled in a diversion programme, Drug Child, which meant they did not get criminal records and had to go for rehabilitation. But in February 2019 Opperman ordered their release, saying it was unlawful to place them in an inpatient facility for 12 weeks. 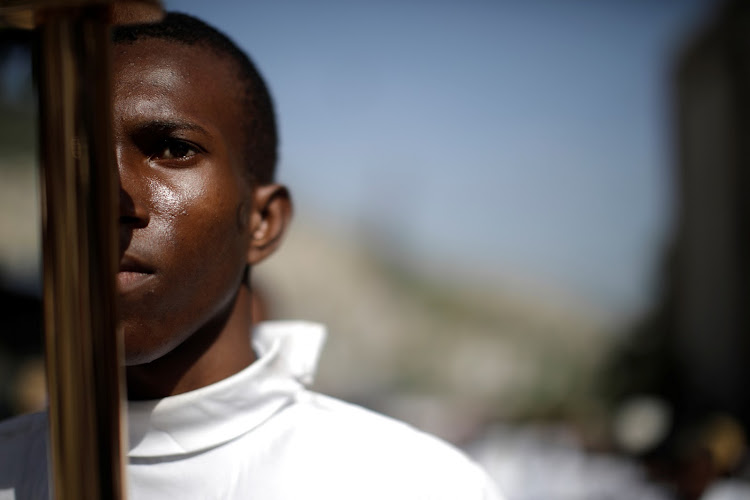 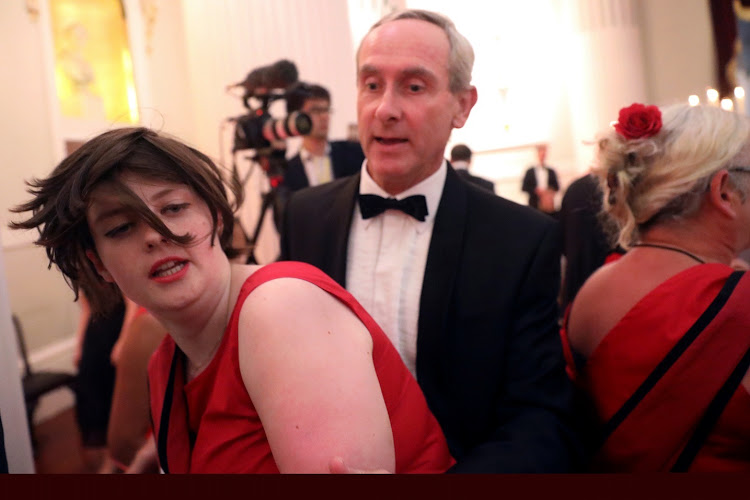 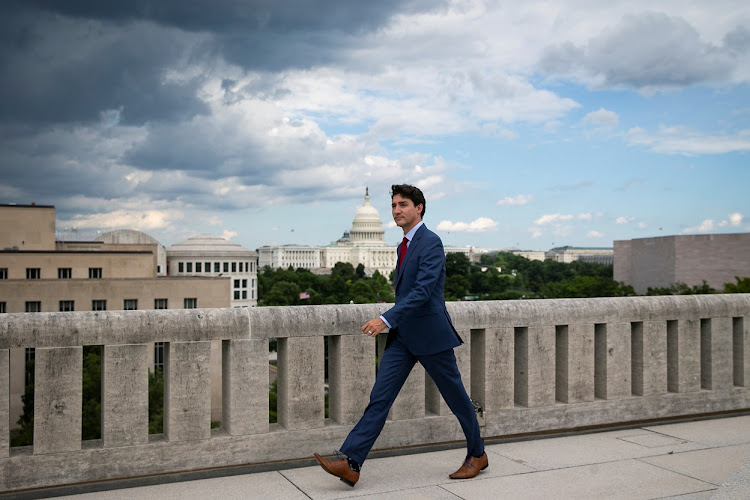 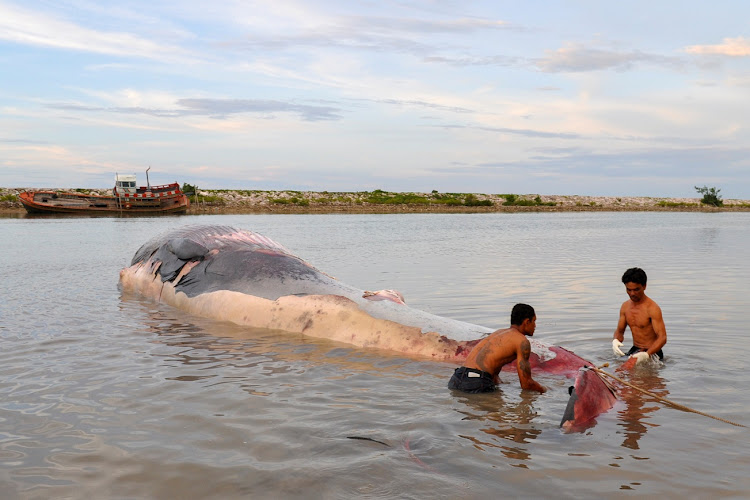 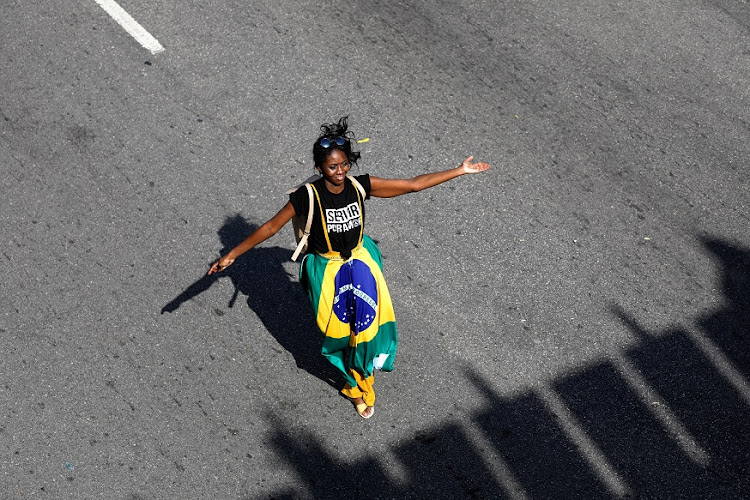 Love him or loathe him, this is the truth about Boris Johnson

Charming or crass? Whatever you think of him, he's certainly made his mark - and the occasional stain

Maybe I deserve this, but do not punish my children, says one desperate mother in an Iraqi displacement camp

Kate’s dumped the frump look, and it’s paid off

If there really is a war of the wardrobes between Kate and Meghan, there's no doubt who is winning

Phones are giving youngsters horns. No, really, they are

THE TALLEST ON THE LONGEST DAY Revellers celebrate the summer solstice at sunrise at Glastonbury Tor in Britain.
Image: Reuters/Toby Melville

It is one of the most discerning opera houses in the world, having featured the greatest practitioners of the art of the human voice. But La Scala has turned up its nose at one particular singer, even if her fans have long proclaimed her to be the Queen of Pop. Madonna has had her request to perform at the Milan's Teatro alla Scala during her forthcoming world tour politely turned down. Apparently the prospect of the star writhing around the stage didn't exactly entice opera connoisseurs who run the place. ‘They don't want people like me,’ said the singer. – Telegraph Media Group Limited (2019)

There will be Star Wars, if Nato has its way

Nato is planning to include space as an official domain of warfare this year, as the multinational body tries to show the sceptical Donald Trump that it is still relevant. Four senior diplomats said the decision will be made at a December summit in London, which the US president is due to attend. The new policy will formally acknowledge that battles can be waged not only on land, in the air, at sea and on computer networks, but also in space. Nato diplomats deny the alliance would be on a war-footing in space, but say declaring it a domain would begin a debate over whether Nato should eventually use space weapons that can shut down enemy missiles and air defences or destroy satellites. – Telegraph Media Group Limited (2019)

Gilmour’s Strat goes through the stratosphere

A guitar owned by the former Pink Floyd musician David Gilmour has sold for a record-breaking $3,975,000 (R57m) to an American football billionaire who owns some of rock's most famous instruments. Jim Irsay, who owns the Indianapolis Colts, purchased the 1969 Fender Stratocaster that featured on ‘Dark Side of the Moon’ and ‘The Wall’ at an auction in New York late last week. The sale of the modified electric guitar, known as "the black Strat", broke the previous world record of R38m paid for a charity Stratocaster signed by 19 of the world's top rock guitarists in 2004. – Telegraph Media Group Limited (2019)

You can become a pseudo Saudi … for a price

Saudi Arabia on Sunday launched its new special residency scheme similar to green card systems applicable in other countries, aimed at attracting wealthy and high-skilled expats. The residency scheme offers two types of residencies, a permanent one for 800,000 Saudi riyals (R3m) and a one year but renewable residency for 100,000 Saudi riyals (R382,000). The residencies would allow foreign expats free movement, ability to own properties and to do business in the kingdom. – Reuters

Judi Dench has revealed that she has adopted three orangutans, as the actress launched a campaign to protect the Bornean rainforest and its endangered species. The disclosure came on Thursday evening during a premiere of her new documentary titled ‘Judi Dench’s Wild Borneo Adventure’, in which she travels across threatened habitats off the coastline of the Malysian Borneo. The 84-year-old expressed her special adoration for the animals, who share 97% of their DNA with humans, and is shown meeting wild and orphaned orangutans across the two-part documentary. – Telegraph Media Group Limited (2019)

New proof there may really be life on Mars

Nasa’s Curiosity rover has detected another methane ‘spike’ on Mars, in what could be a sign of alien life on the red planet. An e-mail about the discovery written by senior scientists at Nasa says the rover detected ‘startlingly high amounts of methane in the Martian air’. The detection of methane hints at an even greater discovery - life on Mars - as the gas is often generated by microbes underground known as methanogens,which can survive without oxygen. – Telegraph Media Group Limited (2019)

SA needs a big business boost, but just how pro-business is Cyril?

Some of his Sona speech sounded decidedly pro-market, but there was a whiff of the developmental state

Shorts and T-shirts at work? The future has arrived at Investec

Staff will also be paid according to output, not how many days they clocked at work

Telecom firms should share networks, not go it alone

This has numerous benefits of price, innovation and improved service offerings

Does an apple a day really keep the doctor away?

The worrying truth about fructose and fruit

One more cup of coffee ... and 24 more: rethinking the refill

Cigarette smoke gets in your eyes – and makes you blind

If you’re a smoker, you have a higher chance of losing your sight

The secret to a fully breathing heart is a green lung

You’ve got a better tool than e-mail, so Slack off it

Could this new app mean the end of e-mails?

From tennis player to cricketer to tennis superstar

Ashleigh Barty is world No 1 after only resuming tennis three years ago, and is eyeing a rivalry with Naomi Osaka

Blast from the past: Coetzee crushes Spinks in Monte Carlo