Yet again, Cyril’s big on ideas but small on details. And what about Eskom?

President's Sona was packed with lofty ambitions. There was no update, though, on how Eskom's unbundling is going

It’s easy to see why Beast had a beef with De Villiers, but is it fair?

The Bok coach certainly didn’t pay enough attention to newer players. There's another side to the story, though

‘Good witness’ Duduzane’s dad slammed for being a bad witness

Jacob Zuma jovial by his quiet son’s side while, in another part of Joburg, the former president got a dressing down

Airbnb: planned bill to choke it is too airy-fairy

The rush to save modern medicine from its antibiotic plague

There has been little verbal argument from the prosecutor, but written submissions might seal her fate

When one calls, its partner joins the song within a fraction of a second, in perfect coordination, a study reveals

They might never win anything, but how beautiful is this world for having this miraculous cricket team in it

Betting on Proteas, the Shitter, and other ways to make R200bn

START OUR ENGINES, MR PRESIDENT The stars of the Trolly Dollies, Molly (Rudi Jansen), Cathy Specific (Brendan van Rhyn) and Holly (Christopher Dudgeon) arrive on the red carpet of the Sona on Thursday. They were invited by the DA.
Image: Esa Alexander

Two civilians in their 20s were shot in Manenberg, Cape Town, on Thursday, allegedly by police officers responding to a shootout involving rival gangs. The shootings prompted an angry community response. Multiple sources from the community said one man was shot in the head and the other in his buttocks. The Independent Police Investigative Directive was unavailable for comment.

Man gets 25 years for raping nine-year-old

The Siyabuswa Regional Court in Mpumalanga has sentenced a man to 25 years behind bars for raping a nine-year-old girl in 2013. Samuel Zoo Kubhayi, 29, from Vaalbank, was sentenced last week. ‘The court heard how the accused dragged the girl who had been playing with her friends to the bushes and raped her on that fateful day, before assaulting her,’ police spokesperson Col Mtsholi Bhembe said on Thursday.

The city of Johannesburg will implement contingency plans to minimise the impact of maintenance on some of the city's main water lines from Monday. CoJ environment and infrastructure MMC Nico de Jager said on Thursday that Rand Water's purification plant will remain operational to replenish reservoirs. The shutdown is on the B11 pipeline to install a 2,500mm butterfly valve from Lethabo to Vereeniging pumping station. This will result in limited water supply to all Rand Water customers.

A cold front is expected to hit the Western Cape on Friday, before spreading to the rest of the country at the weekend. The SA Weather Service warned that strong winds might damage settlements and infrastructure, adding that falling trees and dust could affect travelling times. Rain is expected to start in the Western Cape on Friday at midday, before spreading eastward inland over the rest of the province during the late afternoon and evening.

Police are searching for more suspects in the killing of two Durban metro cops. This was revealed in an affidavit by W/O David Cele, the investigating officer, in the murders of Sgt Zephinia Dladla and Const Sonto Mhlanga, who were gunned down while standing guard outside the home of Ward 52 councillor Moses Zulu in Bhambayi, near Phoenix, last month. Cele’s affidavit was read out during the bail application of one of the accused, Musawenkosi Ndebele, at the Verulam Magistrate’s Court on Wednesday where he appeared alongside his two co-accused, Bonginkosi Msomi and Thamsanqa Mabaso. Nokululeko Zuma, the fourth accused, was not in court as he was being treated at the Westville Prison hospital.

The ANC has changed its plans to charge controversial Afrikaans singer Steve Hofmeyr barely 15 hours after announcing it would open a case of crimen injuria against him. After issuing a statement on Wednesday night saying it would open the case on Thursday in Cape Town, the ANC on Thursday said it had postponed the move for next Monday in Johannesburg. ANC spokesperson Pule Mabe said the party had decided it would make more sense to lay the charge in Johannesburg, where the ANC head office is located, for purposes of monitoring the case's progress.

A man is mugged in Hillbrow in less than 20 seconds. The young man carrying a backpack is accosted by two men. 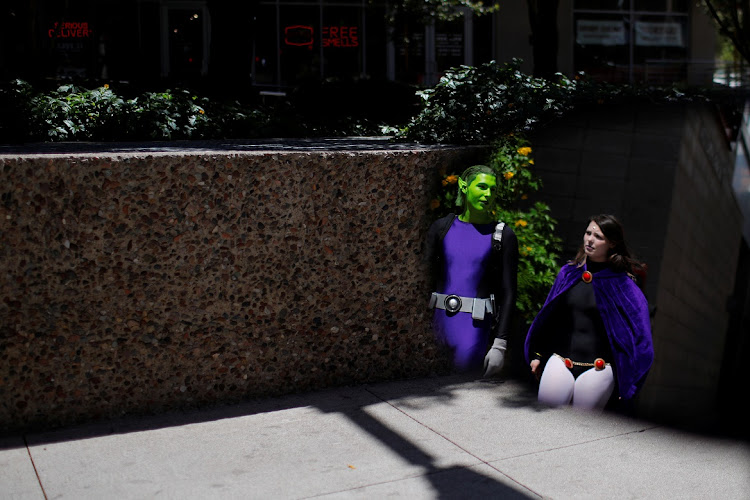 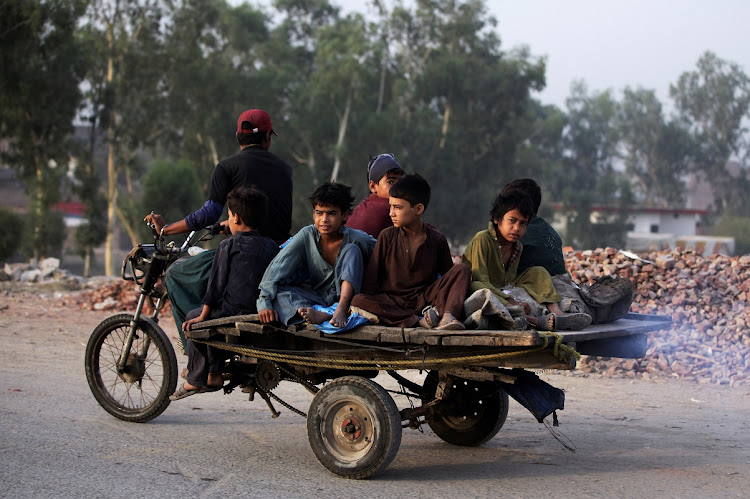 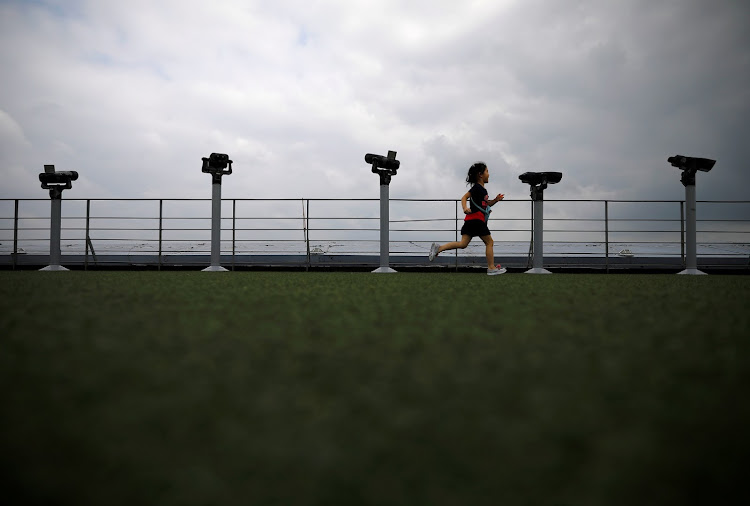 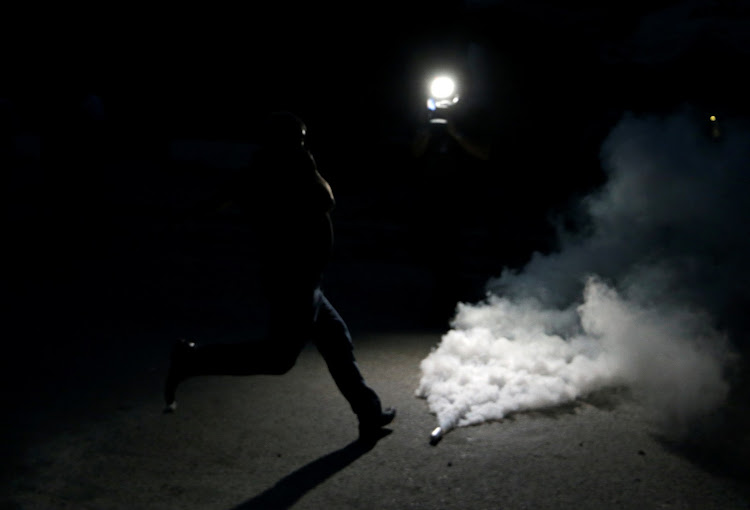 The Deciders: Meet the voters who hold Trump’s fate in their hands

How hip and currency! Facebook will change money forever

Though the tech giant is just one of many companies in the project, it’s clearly the most enthusiastic

A year after their rescue, most of the 12 ‘Wild Boars’ still live in their poor hometown, which is now full of tourists

Montagues and the crap-you-get: Finding the Bard in jail

Darren Raymond, who discovered Shakespeare in prison, is now putting a remarkable spin on his language

Vietnam has enlisted a team of Russian and local experts to help preserve the body of embalmed revolutionary leader Ho Chi Minh, whose corpse has lain in a sprawling concrete monument in central Hanoi since his death nearly 50 years ago. Uncle Ho, as he is affectionately known, enjoys demigod status in the country, revered as the communist hero who led his country to independence. His embalmed corpse lies in state in a huge concrete tomb in Hanoi, modelled after Lenin's mausoleum in Moscow's Red Square. Hanoi has now set up a state council of 11 specialists - four from Russia, the rest Vietnamese - to "evaluate the status of the body of president Ho Chi Minh", according to the government's official website. – AFP

Police in the US state of Alabama made an unusual seizure this week during a drug raid: a squirrel high on methamphetamine. The apartment’s occupant wanted to make sure his caged “attack squirrel” was sufficiently aggressive so he fed it animal methamphetamine, the Limestone County’s sheriff’s office told The News Courier, a local newspaper. Drugs and munitions also were seized during the Monday raid. Alabama law forbids holding wild animals so, on the advice of environmental protection agents, the squirrel was set loose. “It ran into the woods and did not attack the deputies who released it,” the sheriff’s office said on its Facebook page. - AFP

An American comic book illustrator once feted for a portfolio including Batman and Wonder Woman covers has found a new calling in the Holy Land: drawing the everyday good and bad guys he sees on all sides. Michael Netzer's own life is laden with drama: Born Mike Nasser to US-Lebanese Druze parents, he found in art a release from childhood polio, worked for franchises including Marvel and DC Comics, learnt he had Jewish roots and moved to Israel, ending up in a settlement in the occupied West Bank. Netzer, 63, paints portraits or superhero reproductions on commission to a clientele that he says includes Palestinians - an unusual interaction for a religious settler. He also takes to the road, sketching passers-by of all stripes, for free. - Reuters

The Zimbabwean, the zol and a 3D gun

A student has been convicted of manufacturing a firearm using a 3D printer, in what London’s police said they believed was the first such successful prosecution in Britain. Tendai Muswere, 26, pleaded guilty to making the gun, in a hearing at Southwark Crown Court. Police searched Muswere’s central London home on drugs grounds in October 2017. They found evidence of cannabis cultivation and components of a 3D-printed gun, capable of firing a lethal shot. Zimbabwean Muswere, who does not hold a firearms licence, said he was printing the gun for a university film project and claimed he did not know that the components were capable of firing. “He later refused to comment on what his film project was about,” London’s Metropolitan Police said. – AFP

Russia has started releasing a group of captive killer whales whose detention in Russia's Far East has caused an international outcry, state TV said on Thursday. Russian deputy prime minister Alexei Gordeyev said the whales would be taken back to where they were caught and released within four months. This operation would take about four months. A state TV reporter said two orcas were initially being freed. The plight of the 10 captive killer whales, which are being held with 87 beluga whales in cramped conditions in a bay near the port of Nakhodka, triggered an international outcry, with celebrities such as actor Leonardo DiCaprio joining a petition that raised nearly 1.5 million signatures calling for their return to the ocean. - Reuters

Scientists said on Thursday they had found the earliest signs of Parkinson's disease in the brain years before patients show any symptoms, a discovery that could eventually lead to better screening for at-risk people. Parkinson's, a neurodegenerative disorder that causes patients movement and cognitive problems, is diagnosed by a build-up in the brain of a specific protein, a-synuclein, the cause of which is unclear. However, some people are born with a genetic mutation that makes them almost certain to develop the disease at some stage. Researchers from King's College London compared data from 14 individuals carrying the mutation with that of 65 non-genetic Parkinson's patients and 25 healthy volunteers. They found that changes in the serotonin system in the brains of Parkinson's sufferers started to malfunction well before other symptoms occurred. – AFP

Investors make up their own minds about Steinhoff report

Within hours of the release of the annual report, the Steinhoff share price had slumped

Brimstone needs to step in and mop up weak share sellers

A new documentary about the legend is a satisfyingly hopeful, victorious and sad hero’s journey

Riaad Moosa really wants to be a nice guy, but ...

Friday is International Yoga Day. There are a few unconventional ways it has been used to balance mind and body

The Proteas’ crash, Bangladesh, and what the hell really happened

The SA cricketers may not deserve sympathy, but we can at least feel a little empathy for them

Blast from the past: Gary Player bags career slam