Why did victims’ families plead for right-to-die killer? Read their stories

Sean Davison could have been tried for murder. Instead, he's just got 3 years’ house arrest in sentencing deal

I will kill and die for my family, councillor vows after death threats

Four Nelson Mandela Bay councillors fear for their lives after being told to vote for the budget, or else ...

Ace’s coup attempt fails ... for the most part

Ramaphosa manages to outmanoeuvre Magashule's bid to take over parliament, with just one concession

What's more, most black participants said they would rather have jobs than land reform

Autism: How to be a hedgehog in a world of sheep

To her you are not just another child. The other day I got a call to come and see my second mother one last time

I left the world for seven years. Here’s a list of how it’s changed

What the hell is ‘humblebragging’? And how did we all becomes slaves of wifi?

FUMING Alexandra residents on Wednesday take to the streets and march to the government regional office to demand a speedy response to their earlier service delivery protest.
Image: Thapelo Morebudi/The Sunday Times

DA MP Phumzile van Damme is not letting the "racist" altercation at the V&A Waterfront in Cape Town go any time soon. She says she is in the process of drafting an affidavit to lay a formal charge with the police. “I am consulting Glynnis Breytenbach, who used to be at the NPA [National Prosecuting Authority], to draft a comprehensive affidavit so the law can take its course,” Van Damme said on Wednesday. She is hoping the police will get the CCTV footage of the incident and charge the family who were involved. But Van Damme conceded it may be difficult because she did not get the names of the people who she said where aggressive and racist towards her.

The carcass of a large whale was towed out of a busy shipping lane in Table Bay on Wednesday after an apparent collision with a vessel – the second such incident in recent weeks. National Sea Rescue Institute (NSRI) spokesperson Craig Lambinon confirmed the incident, although the organisation was not involved in the latest towing operation. The carcass was hoisted on to the slipway of the Oceana Power Boat Club adjoining the V&A Waterfront. The latest incident follows several other recent whale deaths and entanglements or near-entanglements, which have prompted a steady traffic of comments on social media. Two whale sharks washed up in Camps Bay in quick succession, and the NSRI has been called out to help whales caught up in fishing ropes in False Bay.

A fifth homeless man has been found murdered on the streets of Pretoria on Wednesday, police said. Provincial police spokesperson Brigadier Mathapelo Peters said the man's body was found on Wednesday morning at a bus terminal about 400m from Unisa's main campus in Muckleneuk. The cause of death has not been made public. Peters said a "pathologist is on the investigating team and will confirm the cause and extent of injuries". Police could confirm that all five victims were "male, middle-aged, homeless and killed during the night". Gauteng police commissioner Lieutenant-General Elias Mawela has instructed a high-level task team to investigate the murders.

The Hawks have arrested a couple from the Northern Cape who are accused of running an illegal herbal shop in the town of Kuruman, where they were distributing schedule 1 to schedule 4 medicines valued at R250,000. Moredanis Mulelu, 42, and Wendy Moholo, 27, are expected to appear in the Kuruman Magistrate's Court on Thursday for a bail application after they were charged with contravening the Medicines and Related Substance Act, possession of stolen property, and theft. Mulelu worked as an assistant at a nearby pharmacy and was allegedly stealing medicine to sell at his own illegal enterprise. Police spokesperson Nomthandazo Mnisi said the medicine was obtained by the local pharmacy assistant.

Get your jackets, blankets and firewood ready - a cold front is expected to hit the Western Cape on Friday, before spreading to the rest of the country at the weekend. “Strong westerly to northwesterly winds (40km/h-60km/h) can be expected from the morning onwards over the entire Western Cape province, ahead of the arrival of the cold front,” said the SA Weather Service (SAWS) on Wednesday. “Gale-force winds (60km/h-75km/h, with gusts of 80km/h-100km/h) can also be expected in places over the central Karoo, Breede River Valley districts and Cape Peninsula. Gale force winds associated with the passage of the cold front are also anticipated on Friday along the coast between Table Bay and Plettenberg Bay.”

KZN has most cardiac-related claims

KwaZulu-Natal tops the list when it comes to insurance claims for cardiovascular diseases. Financial services group Liberty's claim statistics for 2018 revealed that the province had the most claims for cardiovascular diseases in SA, at 26%, while the Western Cape saw the highest percentage of claims paid for cancer, at 27%. Gauteng had most suicide-related claims at 39.4%. According to the Heart and Stroke Foundation SA's statistics, 225 South Africans are killed by heart disease every day, while 10 people suffer a stroke in SA every hour. 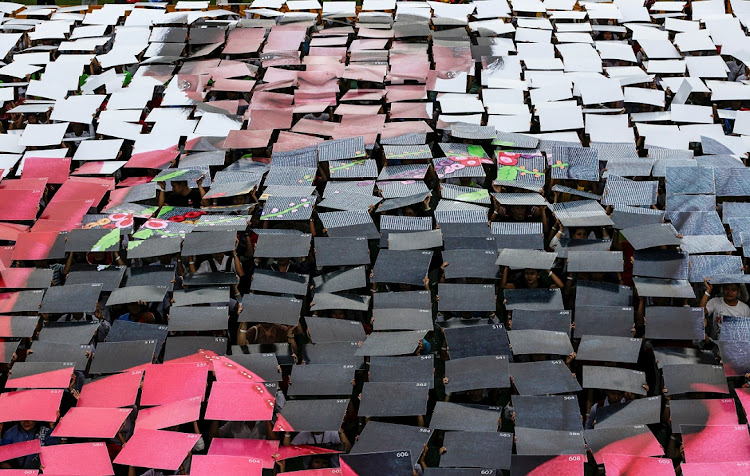 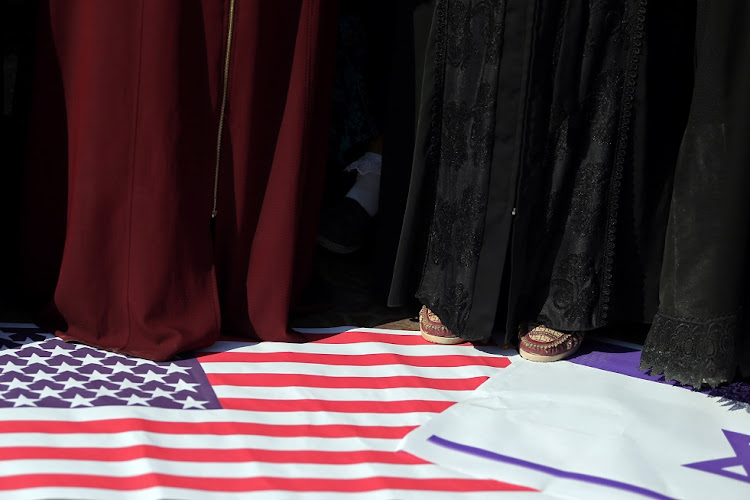 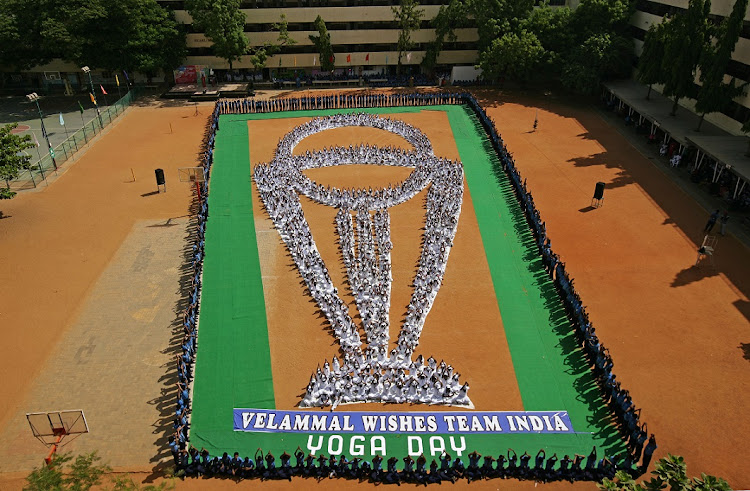 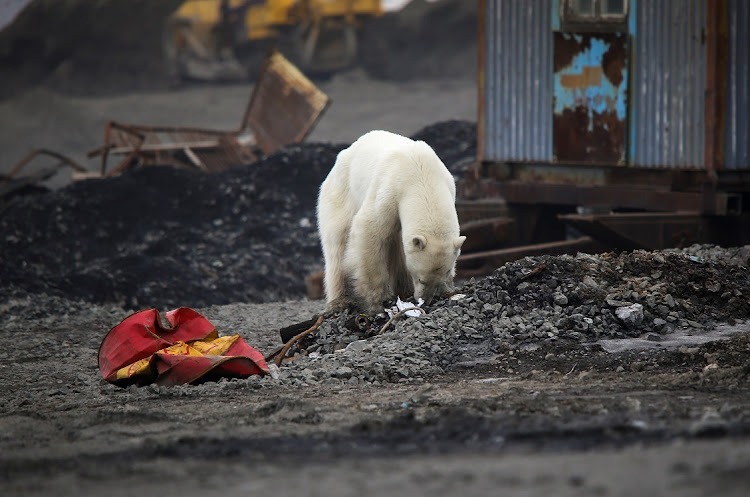 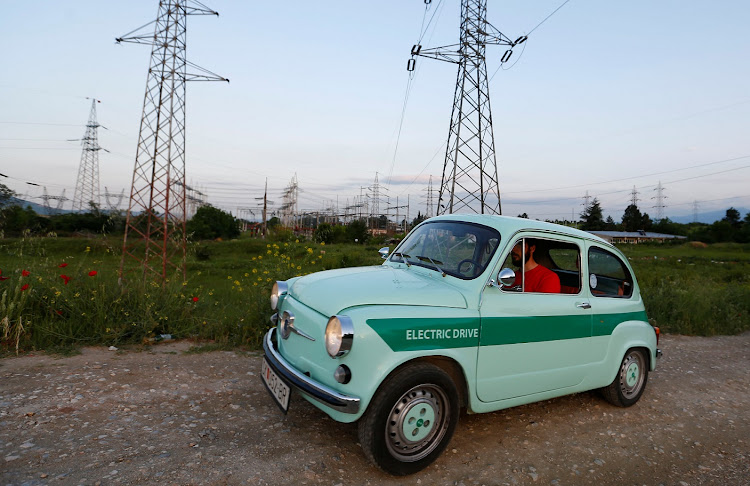 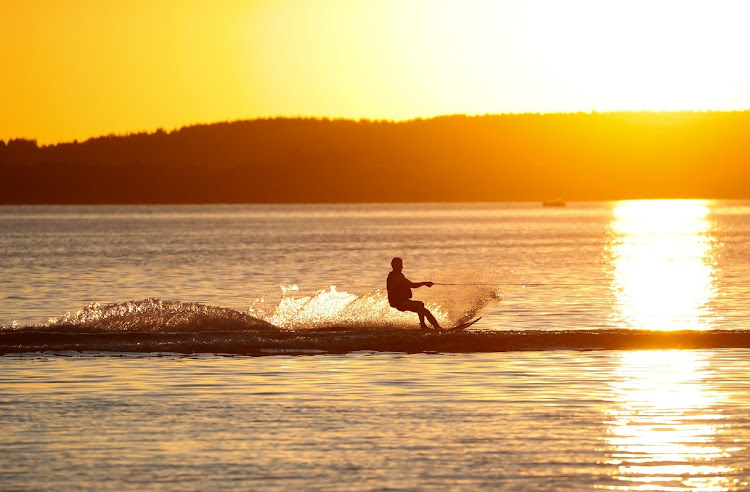 We know what plastic is doing to the planet, but what is it doing to us?

Scientists are taking a serious look at how micro-plastics actually affect our bodies. Their findings are worrying

Investigators believe he starved passengers of oxygen in a midair breakdown, according to a new report

It's 'circumcision season' for Filipinos. If boys don't go through with it, they're forever branded as cowards

A SIGHT FOR SORRY EYES Women look at an excavator at the coal mine west of Dusseldorf, Germany.
Image: Reuters/Wolfgang Rattay

Will and Kate’s convoy runs over old woman

An 83-year-old woman is in a serious but stable condition in a UK hospital after being hit by a motorbike in a convoy carrying the Duke and Duchess of Cambridge. The royal couple were travelling from London to Windsor on Monday when a police outrider collided with the pensioner. Kensington Palace said they were ‘deeply concerned and saddened’ and had contacted the woman, identified as ‘Irene’. The couple have sent flowers to the woman, who sustained a broken pelvis. – AFP

The little bear who was lost but now is found

A malnourished bear cub who was rescued in southern France but later escaped from the home where he was being cared for, has been found and moved to a safe location. ‘Douillous the bear cub is safe,’ wildlife authorities said. The five-month-old bear had been spotted by a farmer on Tuesday ‘as he approached a cage containing bait’ to lure him. France began reintroducing bears from Slovenia about 20 years ago, despite opposition from local farmers, after the native population was hunted to near extinction. - AFP

A man who donated sperm so his gay friend could have a baby has parental rights over their daughter, Australia's High Court has ruled. The court said that because the man was listed on the birth certificate and had an ‘extremely close’ relationship with the girl, he was the father and should have a say in whether she is taken to live in New Zealand. The man agreed to donate his sperm to a friend in 2006 via artificial insemination. Despite them not living together, he had ‘an ongoing role in the child's financial support, health, education and general welfare’. Problems arose when the girl's mother and her same-sex partner wanted to move to New Zealand in 2015. - AFP

German sportswear giant Adidas has lost a legal battle to trademark its ‘three stripe’ motif in the EU, as a court ruled the design was not distinctive enough to deserve protection. The three parallel stripes seen adorning everything from running shoes to sports bags and the sleeves of t-shirts are ‘an ordinary figurative mark’, the General Court of the European Union ruled. The ruling is the latest round in a long legal tussle between Adidas and Belgian rival Shoe Branding Europe, which as far back as 2009 won trademark status for a two-stripe design, triggering court action from the German firm. - AFP

The richer the nation, the more the anti-vaxxers

People in Europe have the lowest levels of trust in vaccines, according to a global survey of public attitudes toward health and science published Wednesday. The study found that people living in high-income countries have the lowest confidence in vaccines, a result that ties in to the rise of the anti-vaccination movement, in which people refuse to believe in the benefits of vaccinations or claim that the treatment is dangerous. And France has the lowest levels of confidence. Globally, 79% of people agreed that vaccines are safe and 84% said they were effective. - AFP

The Christian hymn ‘Sing Hallelujah to the Lord’ has emerged as the unlikely anthem of Hong Kong's protests. Protests around the world often develop their own soundtrack, usually songs with lyrics of defiance and solidarity. But the hymn taken up in Hong Kong hardly ticks those boxes. It started with a group of Catholic students who sang several Christian songs at the main protest site, with ‘Sing Hallelujah to the Lord’ catching on among the crowd, even though only about 10% of Hong Kong people are Christian. The hymn was composed in 1974 by Linda Stassen-Benjamin in the US. Its five words are repeated over four stanzas in a minor key, which gives it an air of meditative solemnity. – Reuters

BULL’S EYE: We don’t have the crystal balls for risk

Just when asset managers should be chasing growth, they're backing into dreary, dependable territory

Many companies want to install solar photovoltaic projects at their operations, but they are hitting a brick wall

More than half of its subscribers are now outside of its home market, where it grew revenues 13%

Fear and clothing: Why she-mamils hide their sweaty obsession

It’s hard to keep skin hydrated over the dry months, but we can help

Six brands that epitomise the luxury of handmade footwear

Pet accessories that bark up the right tree

Why should your dog have to slum it with any old bed and bowl?

They may have jet-lag, but Bulls and Sharks may blag wins anyway

Both teams are playing well and, hey, you never know what might happen

Blast from the past: Morne Steyn slays King’s Lions