Since the terrifying rape attempt at the Bloemfontein hospital, what has been done to improve security?

Does SA’s top contraceptive increase HIV risk? At last we know the answer

The question has caused doubt for 25 years, but the conclusive results are finally here

The report’s in on Sun Valley Primary

Murder-accused banker manages to delay his trial yet again

She was inspired by the Paralympic gold medallist to teach herself to swim. And that was just the beginning

The ABC of turning Mandela the statesman into ‘Tata’ the alien

THERE WILL BE NO TIMES SELECT ON MONDAY.

Unlucky strike: I really had to smoke those nice people out

‘Drunk’ is a wobbly insult to throw at Bathabile Dlamini

Chipmunks see a gap when the law is ‘aboot’ cross porpoises

HER BEAUTY STOPS EVERYTHING IN ITS TRACKS A woman poses next to a caterpillar-tracked Bentley Continental GT, modified by Russian car engineering enthusiasts, during a demonstration in St Petersburg.
Image: Reuters/Anton Vaganov

The leather-bound copies of the constitution meant for MPs as part of their induction programme went walkabout in parliamentary corridors this week. Now an investigation is under way to find where they disappeared to. During the National Assembly's programme committee meeting on Thursday, DA MP Natasha Mazzone revealed that when she and other MPs went to collect their copies of the document they were informed that "all the constitutions had been stolen". She said, in other words, MPs may have taken numerous copies rather than a single copy per person. National Assembly speaker Thandi Modise, who was chairing Thursday's meeting, vowed to take action. "I think we shouldn't even be jesting about it. It is bad. I hope those members will return them before we even go after them. They are starting very badly off because then they are not honourable at all.”

No praise singer, guard of honour at Sona

There will be no imbongi (traditional praise singer) at the State of the Nation address next week. And the junior guard and civil guard of honour are also out of the window. These are some of the changes that have been introduced by parliament ahead of President Cyril Ramaphosa's address on June 20. The changes to how the national legislature hosts the Sona were announced on Thursday by deputy speaker of the National Assembly Lechesa Tsenoli along with other presiding officers of parliament, including his boss Thandi Modise. Tsenoli said the changes to the ceremonial structure of the address had to be introduced owing to "the prevailing economic hardships that continue to face most South Africans". Modise said they had set aside a budget of R2m and she hoped it would not be exhausted due to their scaling down.

A criminal case against a man banned from a gym for allegedly masturbating ended prematurely on Thursday when Virgin Active withdrew charges. The 18-year-old suspect was due to appear in the Stellenbosch Magistrate's Court after the gym laid charges of sexual assault. But his lawyer said charges had been dropped when Virgin Active agreed a settlement before the court appearance. Virgin Active said the man had been banned for life, and that while he was in the wrong “we are of the opinion that psychological help may be more appropriate than criminal sanction”. A video of the incident, posted online, showed the young man sitting on the floor in the middle of the gym. One of his hands is inside his pants as he holds his phone in the other. His phone is seemingly pointed in the direction of an unsuspecting woman doing squats.

Three police officials who allegedly tried to extort R5m from Ekurhuleni mayor Mzwandile Masina have been arrested. The trio is alleged to have claimed to have a dossier implicating Masina, city manager Imogen Mashazi, member of the mayoral committee in charge of human settlements Lesiba Mpya, and other senior political figures within the region, in corruption and malfeasance. Moreover, the accused are said to have been behind WhatsApp messages that went viral three months ago claiming that Masina's administration was engaged in corrupt activities. The messages were apparently an attempt to intimidate Masina and Mpya into paying the R5m to the police officials. Masina said he felt vindicated by the arrests. "I am glad that, today, the truth is finally being unveiled on a malicious and incendiary plot to distract this administration from continuing to deliver quality services to our people,” he said.

The crimen injuria case against businessman Adam Catzavelos was postponed on Thursday to allow his lawyer to make representations to the director of public prosecutions in Gauteng. In August 2018, a video of him using the k-word to celebrate the fact that there were no black people around him during a beach holiday in Greece, went viral. His attorney, Lawley Shein, was handed a docket on Thursday in the Randburg Magistrate's Court and said he had arranged with the prosecution that the case be postponed so that his client could make representations to the NPA. The case is set to resume on July 10. Catzavelos spoke to reporters outside the court, apologising for what he had said: "In my moment of madness that I had last year, I am completely embarrassed and utterly ashamed at what I did and what I said."

Former minister of labour Mildred Oliphant has resigned from parliament. The office of the ANC chief whip in parliament on Thursday confirmed that Oliphant has vacated her seat as the party's representative in the National Assembly. Oliphant is the 9th senior ANC member to resign from parliament in two weeks after their exclusion from President Cyril Ramaphosa’s cabinet. Former ministers Bathabile Dlamini, Derek Hanekom, Jeff Radebe, Siyabonga Cwele, Susan Shabangu, Tokozile Xasa, Dipuo Letsatsi-Duba and Nomaindia Mfeketo have all resigned and will not form part of the sixth parliament. It is believed some of these senior party members resigned to secure a lucrative ministerial pension. Had they not resigned they would be backbenchers in the National Assembly and risked losing out on the perks.

'I'm not guilty of a crime, I'm guilty of lashing out because of the trauma that I was under.' This is what convicted racist Vicki Momberg said about her 2016 racist rant. 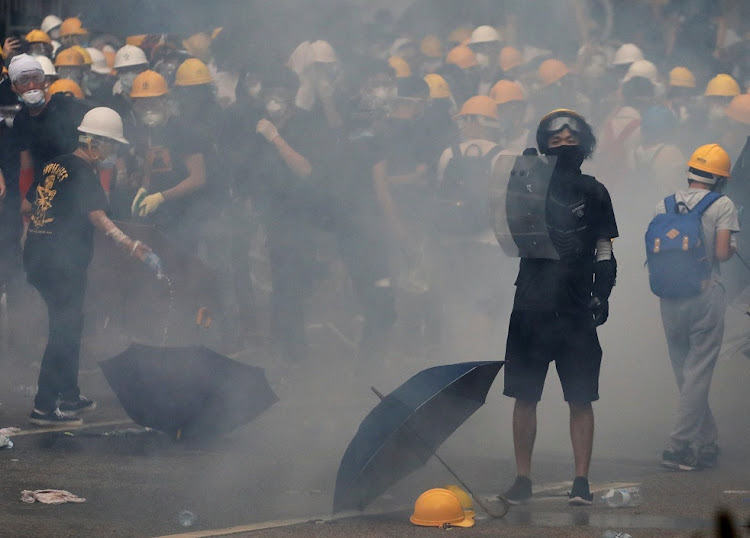 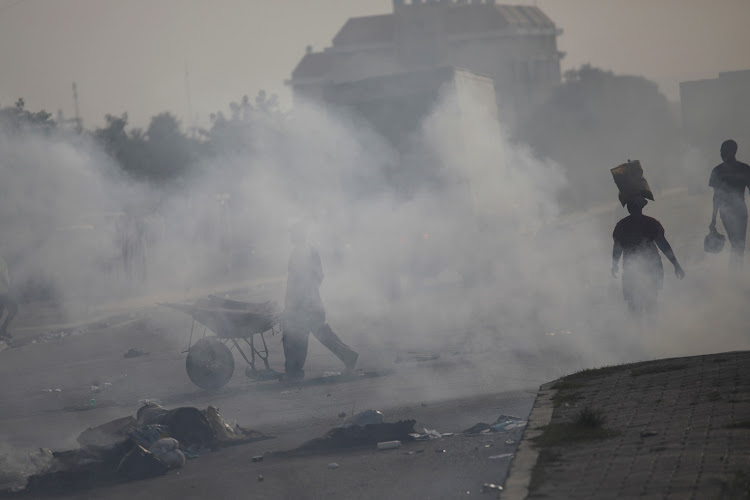 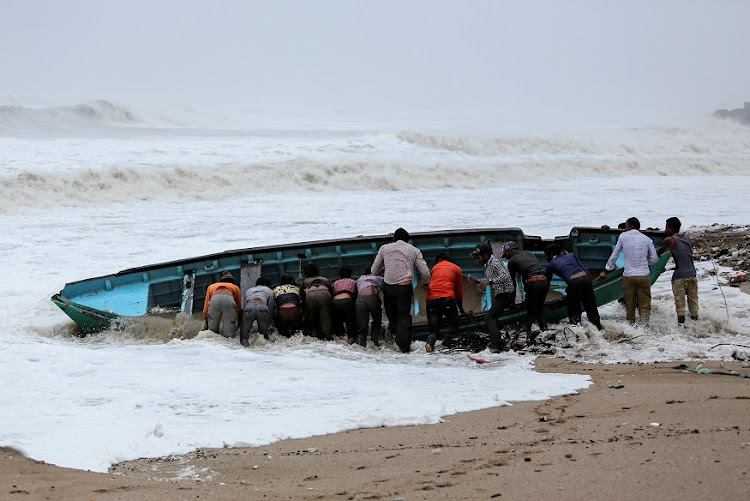 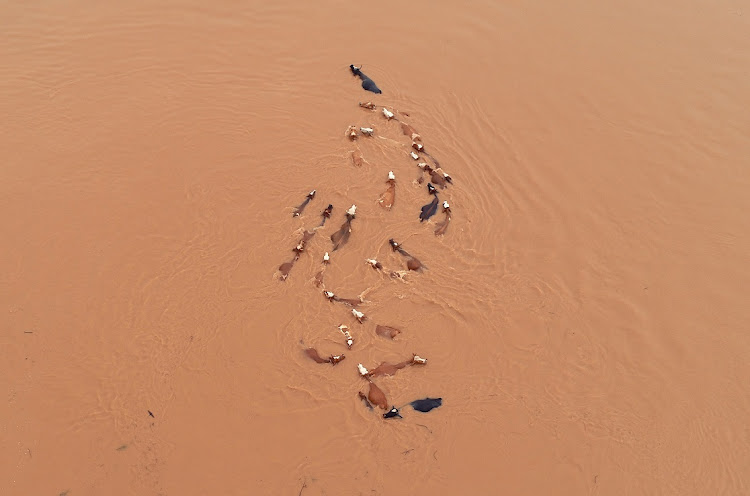 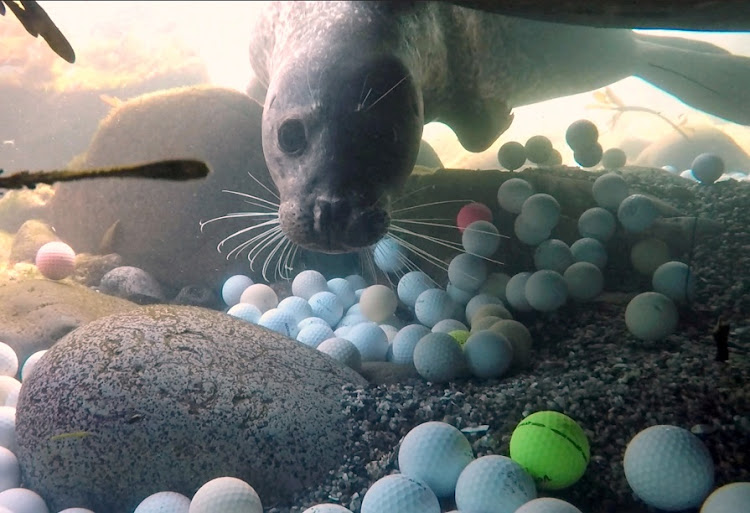 ‘The ghost among us’: Anne Frank’s stepsister tells her story

On what would have been the diarist's 90th birthday, Eva Schloss shares her memories of cruelty, survival and miracles

People 'with a voice' need to be very careful about airing their LGBT+ views, says Andy Brennan

Androids do dream of Alexa on steroids, in fact

Amazon’s voice assistant could soon have opinions and make decisions. Should it?

Eating nuts, fish, eggs and chicken instead cuts your risk of early death by a fifth, researchers find

Nasa has renamed the street outside its Washington headquarters to honour three black female mathematicians whose pioneering work on the agency’s early space programme was chronicled in the film Hidden Figures. Katherine Johnson, Dorothy Vaughan and Mary Jackson provided pivotal contributions to space flight research from the 1940s through to the 1960s, when the US first sent men to orbit and then walk on the moon. Despite their achievements, all three had to confront the racial segregation of the era. They were among dozens of African-Americans, male and female, who worked as mathematicians and physicists for the US space programme, even as they were forced to use separate bathrooms from whites, and were barred from the same restaurants and schools frequented by whites. – AFP

People in Japan operating drones under the influence could face up to a year in prison under new laws passed on Thursday that aim to control the increasingly popular devices. Drunkenly flying a drone weighing more than 200 grams could also result in a fine of up to 300,000 yen (R41,000), after the lower house of parliament passed the new legislation following a string of accidents. Performing dangerous stunts with drones such as sharp plunges will also be subject to fines of up to 500,000 yen. – AFP

An unprecedented disease outbreak has pushed the critically endangered kakapo, the world's fattest parrot, closer to extinction, New Zealand scientists said on Thursday. One of the last kakapo populations on remote Codfish Island has been hit with a fungal respiratory disease called aspergillosis, the department of conservation (DOC) said. It said 36 of the parrots were receiving treatment and seven had died, including two adults - a huge loss for a species which has less than 150 fully grown birds left. "Aspergillosis is having a devastating impact on kakapo," the DOC said. – AFP

Iconic 20th-century artist Frida Kahlo has one of the best-known faces on the planet, but the world at large has never heard the Mexican painter's voice - until, possibly, now. Kahlo, who is instantly recognisable with her convention-defying unibrow, spent her life as a painter in the artistic shadow of her husband, the muralist Diego Rivera. And while there are many silent films of her, the Mexican culture ministry says there are no known audio recordings. But one may just have been found in the private collection of a legendary host from Mexico's "golden age of radio" in the 1950s, it says. The head of the national audio archives, Pavel Granados, unveiled the newly discovered tape, which was found in the archives of late radio personality Alvaro "The Bachelor" Galvez y Fuentes. On it, a woman with a soft, melodious voice reads a text that Kahlo (1907-1954) wrote about Rivera in 1949, celebrating the 50th anniversary of his artistic career. – AFP

A son is suing a cryonics organisation for the return of his father's frozen head, claiming it destroyed his parent's dream of a return to life by cremating the rest of his body. Kurt Pilgeram, 57, is also seeking $1m in damages from Alcor Life Extension Foundation. Pilgeram says his father, Laurence, a molecular biologist, paid $120,000 to Alcor to preserve his body in the hope that one day new technology could bring him back to life. However, Alcor insists that as a scientist, Pilgeram's father was well aware it was likely that only his head would be preserved. Pilgeram said that when his father died in 2015, at 90, the firm sent his ashes to his home. "They chopped his head off, burned his body, put it in a box and sent it to my house," Pilgeram told local newspaper the Great Falls Tribune. – © Telegraph Media Group Limited (2019)

Anheuser-Busch InBev (AB InBev), the world's largest beer maker, said on Thursday it was opening a cybersecurity unit in Israel to help protect itself from a growing number of attacks. Israel is a leader in cybersecurity and many of the world's largest companies have opened centres there or acquired Israeli tech firms to defend themselves against hackers as the reliance on digital networks and cloud storage becomes more prevalent. AB InBev's Tel Aviv hub will focus on analysing threats and potential attacks, said Luis Veronesi, vice-president of global security and compliance. The company did not disclose financial details of the move. – Reuters

No plans for Youth Day yet? The weekend is still young

June 16 is coming up, and if you still don’t have plans we’ve listed five cool things to do

After a stomach-churning crash, the Ineos star looks to be out of the race - for good

SPORTS DAY: The heat is on Bafana in Dubai

Pour state of affairs: Deciding the spoils at a wet World Cup

As cricket tries to keep the tournament's integrity dry, games are going unsatisfyingly unwon and unlost

Blast from the past: Crash, Bloem, bang for British Lions