I’m the victim, says racist Momberg as she fires yet another legal team

'The tail does not wag the f***ing dog,' says furious attorney as he spurns her after dramatic day in court

Ever since Gear was introduced, the ANC and its alliance partners cannot debate economic policy rationally

So long, Bathabile Dlamini, you will be missed ... by no one

The most notorious of the cabinet discards has left the building, but true to form, she isn't going quietly

As with Theresa May, his empty promises and limp compromises have underlined just how weak a leader he is

Rapist was employed to guard crèche ... and struck again

Experts stick their necks out to support US giraffe trophy hunter

The animal is nothing special and should be managed anyway, although it's not much fun to hunt, they say

Some have received much-needed financial aid, but others are still living in a hall, waiting for rescue

Long-serving cabinet minister Derek Hanekom has resigned as an ANC member of parliament. In a brief statement shared on Twitter on Tuesday, the office of the ANC chief whip in parliament "confirms having received the resignation letter of former minister of tourism comrade Derek Hanekom as an ANC member of parliament". Hanekom was dropped as a cabinet minister in May after the 2019 general elections. The Sunday Times reported at the time that President Cyril Ramaphosa had told Hanekom he soon would be redeployed to another position. Hanekom hinted a day ago that a change was imminent, tweeting: "I am ready to start my next chapter quite soon."

ANC Women’s League president Bathabile Dlamini said she was made a scapegoat and an easy target as she resigned as a member of parliament on Tuesday. In a 10-page letter sent to ANC secretary-general Ace Magashule, Dlamini spoke her mind on the state of the ANC and her role in the social grants debacle of 2017. “I hold no grudge for being reshuffled and not being appointed,” Dlamini said, adding that there was “a lot of noise” aimed at discrediting her. Her resignation from parliament on Monday came after President Cyril Ramaphosa did not include her in his cabinet. Dlamini used her letter to Magashule to hit out at some leaders of the party, saying some of them had “made themselves look clean when that has not been proven”. Dlamini took a jab at public enterprises minister Pravin Gordhan, who she accused of “working with the banks”.

Hilton pupils to be punished in dagga saga

More than 20 Hilton College pupils will be punished, but not expelled, for buying, selling and smoking dagga, the school confirmed on Tuesday. Another, who is alleged to "be more involved more acutely as a distributor as well as a user", has been suspended. And a member of the school’s leadership team has "withdrawn" voluntarily as a pupil at the school because of his position. Marketing director Pete Storrar said the boy had not been formally expelled. Headmaster George Harris alerted parents to the issue in a letter last week, advising that there would be an amnesty period for those involved, and those who confessed would be treated more leniently. Twenty-four boys are facing punishment. In updated correspondence on Monday night Harris said the boys needed to know that the school would not tolerate any form of substance abuse.

Architect gets delay to prepare for Nkandla case

Civil proceedings to recoup about R155m from the architect of former president Jacob Zuma's KwaZulu-Natal homestead may only get under way in 2020. The Special Investigating Unit (SIU) said on Tuesday the trial was scheduled to start in the Pietermaritzburg High Court on Monday, but Minenhle Makhanya was given more time to prepare. "While the SIU was ready to proceed, the court, on hearing submissions from counsel acting for Mr Makhanya, was of the view that it was in the interest of justice to afford the defendant more time to prepare his defence," the unit's spokesperson, Nazreen Pandor, said. The SIU pursued action against Makhanya in August 2014, where it sought an order to set aside his appointment as principal agent and architect, and for the recovery of R155m in damages relating to the Nkandla security installation project. Pandor said the unit would apply for a new date in 2020.

A 15-year-old pupil was murdered while walking home after school on Monday in Mooinooi, North West. “Felies Sithembile, 15, was allegedly stabbed by another 15-year-old learner on Monday,” said police spokesperson Colonel Adéle Myburgh on Tuesday. Sithembile was on his way home after school at about 2pm when the suspect stabbed him with a knife on Segwaleane Road. The suspect is enrolled at another school. “According to information available, the victim was then taken to a local clinic by a passerby, but he succumbed to his injuries,” said Myburgh. The suspect fled but his parents handed him over to police on Tuesday at about 8.30am. It is the latest in a string of schoolboy killings.

Defence and military veterans minister Nosiviwe Mapisa-Nqakula has launched an "intensive investigation" into the circumstances leading to the death of top official Brigadier-General Motlhokomedi Kenneth Petso. Petso was the commander of the Waterkloof Air Force Base in Pretoria. Gauteng police spokesperson Brigadier Mathapelo Peters said Petso’s body was found last Tuesday in Ga-Rankuwa, north of Pretoria, and was identified by a family member. The police were not ruling out the possibility that he was murdered elsewhere and dumped in extension 11, Ga-Rankuwa. Petso became brigadier-general commanding the base in 2015.

A biker was sent flying after a motorist smashed into him while he was waiting at a red robot in Bloemfontein. The biker is fighting for his life after the horror crash. No arrests have been made yet. 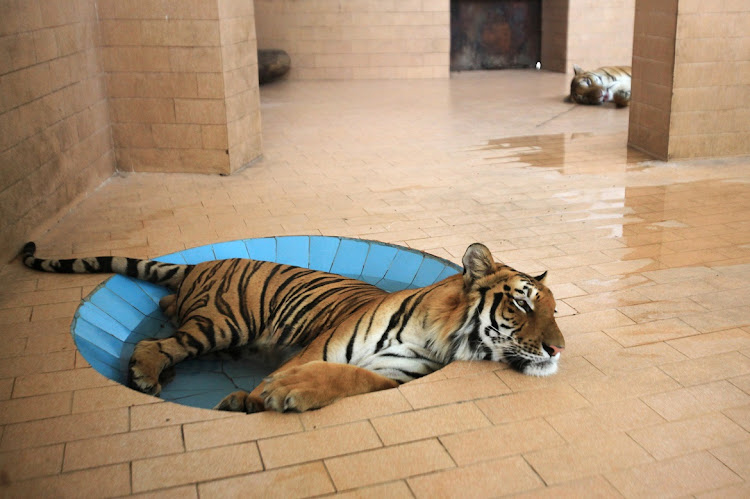 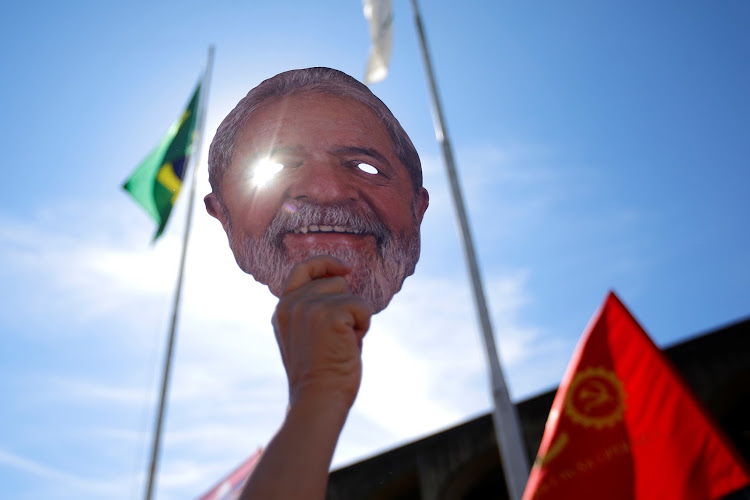 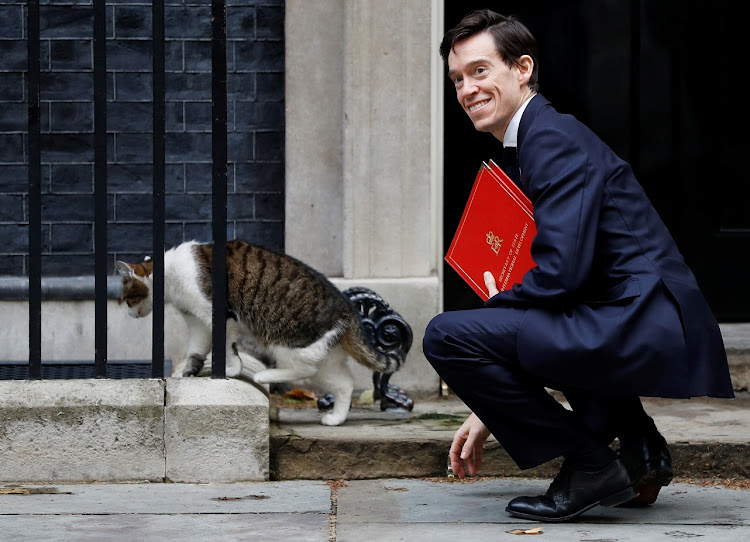 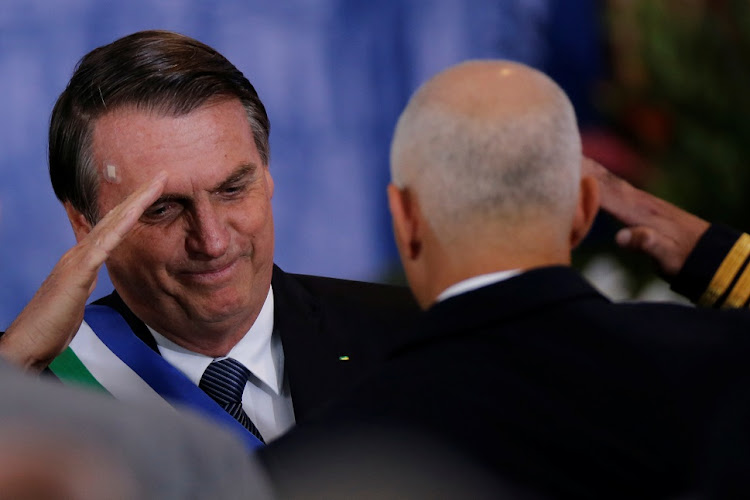 Tikka and a little luck: The secrets of the UK’s oldest man, 111

As Prince Philip turns 98, supercentenarian Bob Weighton is more lucid than many 28-year-olds

Hay fever: It’s snot a joke and it’s an epidemic. Why and what to do?

WALK THE WALK, STALK THE STALK Men try to remove bamboos from a bridge in floodwaters in Rongan county, China.
Image: China Daily/Reuters

Stolen images border on the uncustomary

Images of tens of thousands of travellers crossing the US border have been stolen in a data breach. The images were snatched from a subcontractor for US Customs and Border Protection, after the company copied data to its database without the agency’s consent. The data included images of drivers in their car and licence plates. Facial recognition is being deployed in US airports to help monitor for suspects and people who may have overstayed their visas. – AFP

An Indian temple and its nature-loving caretaker are helping the black softshell turtle make a comeback after it was declared extinct in the wild in 2002. The state of Assam was once rich in freshwater turtles, but habitat loss and over-exploitation as food have killed their population. All the while, the pond at the temple has provided a safe haven, thanks to the sacred status of turtles. – AFP

Germany is considering a ban of ‘conversion therapies’ aimed at turning gay people straight. ‘Homosexuality is not an illness and therefore there is no need for therapy,’ said health minister Jens Spahn, expressing support for a prohibition that his department and the justice ministry are working on. Conversion therapy, which can include hypnosis or electric shocks, is based on the belief that being LGBT+ is a curable mental illness. – Reuters

A 25-year-old man on an electric scooter has died after being hit by a van in Paris in the first deadly collision with a vehicle since they appeared on the streets of the French capital a year ago. Paris has seen a string of accidents involving the rentable motorised stand-up scooters, seen widely across the city, prompting pushes from the authorities to limit their use and speed to improve safety. – Reuters

British police arrested Pakistani politician Altaf Hussain in London as part of an investigation into speeches he gave as founder of a political party that ruled Karachi for decades. London metro police said a man in his 60s had been arrested after a joint investigation with Pakistani authorities. It did not identify the person, but said the arrest was ‘in connection with an investigation into a number of speeches made by an individual associated with the Muttahida Qaumi Movement in Pakistan’. – AFP

Botswana’s high court ruled in favour of decriminalising homosexuality in a landmark verdict. Under the country’s 1965 penal code, homosexuality is punishable by a jail term of up to seven years. But the judge declared it was time to ‘set aside’ the ‘provisions of a Victorian era’ and ordered the laws be amended. – AFP

The fast and the spurious: Reality bites the casual dining sector

After Famous Brands' dud UK foray it should probably cut its losses and leave, says an analyst

Democracy’s still a dirty word down in the Valley

Hulett’s bittersweet suspension is more on the sweet side

Payoffs are what’s in Stor-Age for portfolio specialisation

Stor-Age has managed to deliver total dividend growth of 9.05% during the period for the year to March

Rare or well done, get some tips on how to prepare your cuts from one of SA's best butchers

Simply super: When minimal is more in Mozambique

Stock in trade: Michelin chef on making the ultimate paella

Quique Dacosta wants to elevate the humble dish to its rightful status, and educate the world

Stop write there! Japan draws a line in the sands of time

Blast from the past: Boks conquer House of Pain at last