Cyril is in all-out war with the Zuma faction, and he’s losing

Are you kidney me? Gauteng health’s xenophobic ‘mistake’ re-emerges

Going, going … goodbye – but their hearts remain in auctioned dorp

So, your flight is delayed. You’re livid. What rights do you have?

Here's what airlines can and can't get away with, and what to do if they mess you around

Durban man who was injured during a clash with land invasion cops, has lost his legal battle with the city

WHAT DO FORMER PROSTITUTES REALLY THINK ABOUT THE LIFE THEY WERE IN?

A male survivor: How can you call it ‘work’ when you could be killed?

Cheated by his pimp, beaten and raped by a cop and contracting HIV - Zola Ncapayi's journey has been hard

A female survivor: I wanted to escape but I didn’t know how to

After years of horrific treatment, Phindiswa Klaas says it is a 'violation of my human rights'

A survivors’ group: Do not offer sex work to us as a solution

Botox jab or a good cry: Get your head in the painkilling game

Of course, there are also heavy-duty meds, so here's an expert guide to getting relief from a headache

He wants to play on the moon and live forever. Why not? He’s André Rieu

And the infectiously ebullient composer, who believes 'Bohemian Rhapsody' is classical music, has other plans, too

They wrote it this week: Bogged-down future tsar is royally flushed

stumbling in Comrades Marathon runner Nkosikhona Mhlakwana was looking at a place on the top 10 on Sunday before hitting the wall on the home stretch and stumbling to the finish.
Image: Jackie Clausen

An unacceptably high number of children are dying on SA roads due to reckless drivers and the negligence of parents, says the Road Traffic Management Corporation (RTMC). An analysis of road fatalities statistics shows that a total of 995 children under the age of 12 died as a result of road crashes last year, the agency said in a statement on Sunday. The majority - 600 - of those who died were boys. Girls accounted for 382 of the fatalities, with the gender of the remaining children unclear on the available data. "Many of the children die as pedestrians, which indicates that parents are failing to exercise proper control over them and there is a high level of incidents of reckless and negligent driving in residential areas," said the RTMC.

Two men have been arrested for allegedly stealing, reconstructing and reselling tombstones in the Sterkspruit and Palmietfontein area in the Eastern Cape, police said on Sunday. Police spokesperson Cpt Ursula Roelofse said the arrests followed an intelligence-driven operation conducted in the Macacuma locality. Roelofse said the man and his nephew were arrested at their home in Macacuma village after they were found in possession of used tombstone slabs. "They were reconstructing and reselling the tombstones to unsuspecting buyers at low rates. "A recent transaction was also confirmed with a new buyer who purchased two tombstones and had them installed at an old grave and a new grave at which the burial would take place on June 8 2019." Roelofse said both tombstones, with installation costs, were worth R8,000.

An elephant that trampled a security guard to death at a mine in Phalaborwa in Limpopo on Saturday is thought to have escaped from the Kruger National Park. "Our mine is next to the Kruger National Park, so animals do break the fence from the park and end up outside of the park. Some of them end up staying in the vicinity of our premises,” Foskor mine spokesperson Frans Mkhondo said on Sunday. The guard, who was an employee of a security company that had been contracted by Foskor Zirconia which operates on the premises, was killed in the early hours of Saturday. His body was found outside the guardhouse.

Another female doctor attacked at hospital

Just days after an attempted rape of a 24-year-old female doctor at Pelonomi Hospital in Bloemfontein, a second doctor was robbed at gunpoint at the hospital over the weekend. Free State department of health spokesperson Mondli Mvambi said a doctor went to the parking lot at about 5am on Saturday to fetch something from her car when she was approached by three men. "They robbed our doctor of her cellphone and she screamed for help. When she screamed, the security officers responded swiftly and confronted the criminals." A scuffle broke out between the men and the unarmed guards. "The criminals produced a gun and pointed it at the security personnel. In the process of that scuffle the magazine from the gun fell and the criminals fled." Guards had also closed the gate to prevent the attackers from fleeing, but they were overpowered by the armed men.

Gauteng police have a arrested a man linked to multiple rape cases committed over 10 years. Police spokesperson Mathapelo Peters said on Sunday the man was arrested in Ennerdale, Johannesburg, over the weekend following a crime intelligence-driven operation against the backdrop of a taxi violence-related murder reported at Evaton, north of Sebokeng in February 2019. Peters said the man has been linked to 18 rape cases committed over 10 years in Meadowlands, Orlando and other parts of Soweto. She said Gauteng police had also communicated with the KwaZulu-Natal police to establish possible links with serious and violent crimes reported in Madadeni, Bergville, Harrismith and Estcourt between 2018 and 2019.

The area where a pride of 14 lions was spotted roaming near Phalaborwa last week is their "usual pride location" to which they have returned, according to the Limpopo department of economic development, environment and tourism (LEDET). "The department also confirms that the animals will be kept within the area. The department's role is to enforce control where human lives are threatened. "The lions have not been of any threat to humans," department spokesperson Zaid Kalla said. The lions had been spotted roaming around the Phalaborwa Foskor mine area. After MEC Thabo Mokone's visit to the area it had been discovered that this is a well-known roaming area for various species. "Cohabiting between wildlife and humans has always been monitored and well preserved by both LEDET and management of various facilities within the area," Kalla said. 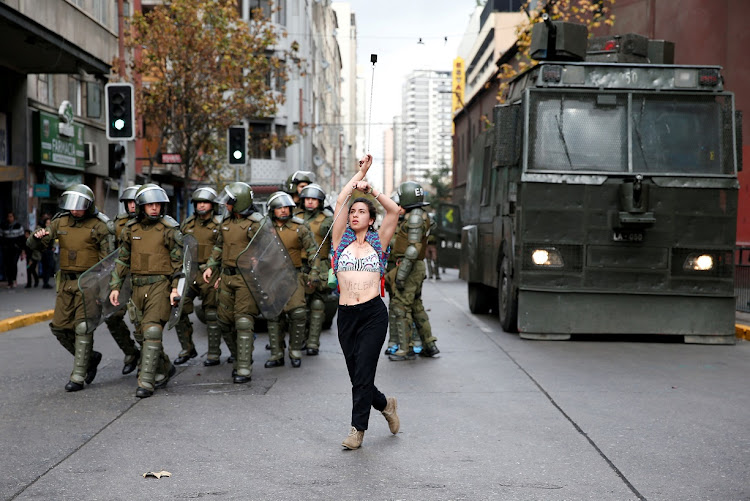 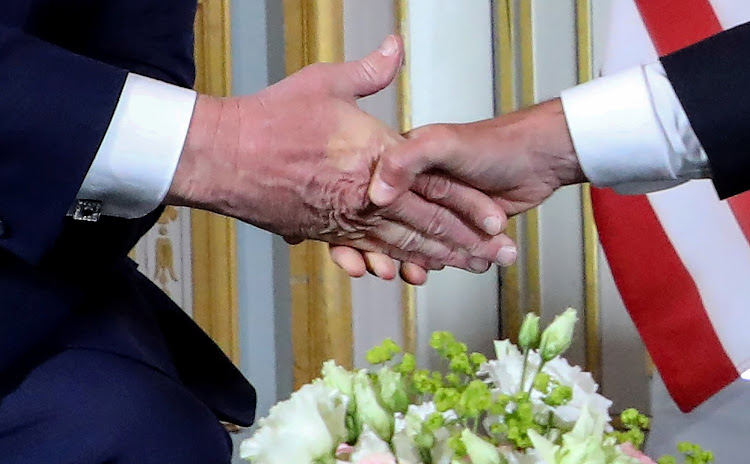 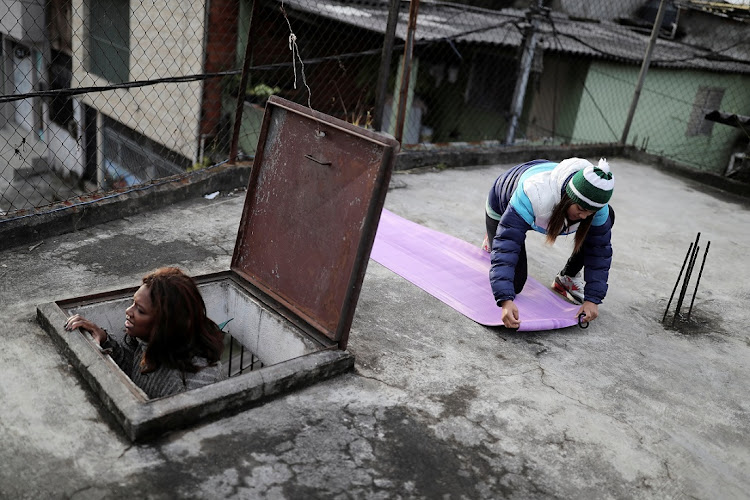 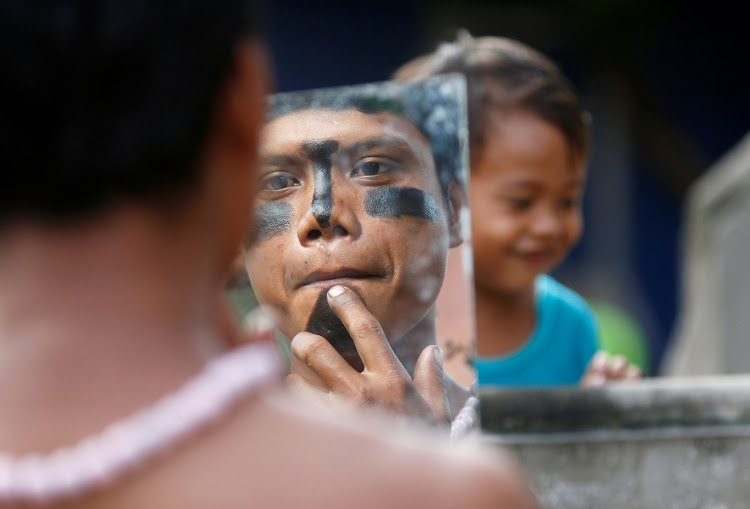 The death penalty is dying a slow death in the US

‘Free the nipple’ activists give Facebook its nude awakening

We’re eating our closest relatives, and their meat could kill us

Tons of chimp meat are making their way to the West, creating a platform for 'the next big pandemic'

IN A CUBE OF FATE A photograph by French artist Robert Doisneau entitled ‘The Fate Line: Pablo Picasso at Vallauris, 1952’ in Barcelona.
Image: Lluis Gene/AFP

Tourists must do as the Romans do, or else

Visitors to Rome have been hit with a range of new rules that ban everything from jumping in fountains to eating snacks in public. Exasperated by the bad behaviour of tourists, city authorities have introduced stern new measures. Touts who dress as Roman legionaries and demand money for photos are also targeted. They are now banned from popular attractions such as the Colosseum and the Trevi Fountain. Men can expect a fine if they are caught strolling around bare-chested. – Telegraph Media Group Limited (2019)

Ancient language has to get very modern

The Vatican has launched a weekly radio bulletin in Latin. Latin may be seen as a dead language by many but it is still in daily use by the Holy See, meaning Vatican translators have had to come up with some ingenious ways of communicating contemporary concepts. A suicide bomber is voluntarius suis interromptor and xenophobia is exterarum gentium odium. Meanwhile, Certaminibus Mundialibus Sphaeromachiae is the football World Cup. – Telegraph Media Group Limited (2019)

It’s good to want to murder your boss

Fantasising about murdering your boss is actually quite normal and suggests that you are more evolutionarily advanced, a leading psychologist has claimed. More than half of people have at one time or another imagined killing a person they know, according to Dr Julia Shaw from University College London. However this makes them less likely to carry out the violent act. Rehearsing the details of murder in the mind reminds people of the negative consequences, she says. – Telegraph Media Group Limited (2019)

A collision between a vintage sailing ship and a container vessel in Germany injured five people and sunk the wooden ship which had just been restored at a cost of $1.7m. The 43 passengers and crew aboard the No 5 Elbe were rescued after the collision near Hamburg on Saturday. The 37m schooner, built in 1883, was Hamburg's last remaining seagoing ship from the era of wooden ships and could be rented for harbour excursions. – AFP

Celebrate George Michael? Not in this village

Residents in the idyllic Oxfordshire village of Goring-on-Thames are bitterly divided over whether George Michael fans should be allowed to hold an annual birthday party celebrating the late singer. Hundreds of fans have gathered in the small riverside village every year since Michael was found dead in there on Christmas Day in 2016. Residents say the ‘inappropriate’ celebration brings noise, litter, congestion and drunken behaviour - forcing the parish council to launch a public consultation on whether this year’s event should be able to go ahead. It received more than 600 submissions, with 27% stating they ‘strongly object’ to the idea of a George Michael birthday celebration event taking place in Goring - while 24% said they ‘strongly support’ it. – Telegraph Media Group Limited (2019)

A Texan trophy hunter who controversially posed with a rare black giraffe's body has revealed that she ate the animal and it was ‘delicious’. Tess Thompson Talley, 37, also said she made decorative pillow cases and a gun case from the carcass. She shot the 4,000lb animal on a hunting trip in South Africa in 2017. When photographs were posted on social media last year she received death threats. The hunter said: ‘It’s a hobby, it’s something that I love to do, I am proud to hunt and I am proud of that giraffe.’ – Telegraph Media Group Limited (2019)

SA teams up with Interpol to curb waste dumping

When the world shelled out: infectious acts of kindness that went viral

Through exercise, the most ‘defiant and obstructive children’ turn into confident kids

Alexa, what are you teaching my children?

Does the in-home assistant encourage kids to be ruder and more uncouth?

Proteas hit Bangladesh iceberg to land in a Titanic mess

England and India are the favourites, so getting past them was always going to be a challenge. But Bangladesh?

Blast from the past: Chester is at his best against Samoa