Lesufi slammed over call for ‘rehabilitation’ of killer pupils

SA’s fight against global hacking onslaught ‘is a joke’

With a loss of skills, SA is ill-prepared to stop hack attacks, warn cybersecurity experts

ANALYSIS: Tito’s Ace damage control is ‘not enough’ to save SA

SA’s big hitters have weighed in on his Reserve Bank remarks, but Cyril needs to step in to calm jittery markets

Media stalwarts say SA owes much of its media freedom to Raymond Louw, who died within 22 hours of his wife

Lesufi apologises after race rant turns out to be fake, but experts say he could still be in hot water

Food for thought as refugee chefs cook for a cause

Penguins herd hapless fish to the surface in a co-ordinated attack with hovering birds above, it's been confirmed

A communion between Christians, Jews and Muslims could not have come at a more critical time in our history

When I was summonsed to be a judge's mountain-biking sidekick, it was really a butt-bruising, hair-raising sentence

Shrink wrapped: When a therapist gets on the couch

Lori Gottlieb knows what it's like to be both doctor and patient, and she has another bestseller to prove it

FELLOWSHIP OF THE TOP DOGS Shasta Swan is licked by Gandalf during a campus visit from Top Dogs, a voluntary therapy dog organisation that interacted with students on the lawns outside the old Merensky Library at the University of Pretoria. Top Dogs aims to ‘spread smiles for miles’.
Image: Alon Skuy

Schoolboy in court for fatal stabbing

A mother in mourning and a scuffle involving alleged gang members marked the first court appearance on Wednesday of the pupil who allegedly killed Grade 8 pupil Daniel Bakwela outside Forest High School in Turffontein, Johannesburg. Antonette Mabiala said she was determined to attend the first court appearance of her 18-year-old son's alleged killer. "I am here at court for my son," she said. The 20-year-old Grade 11 pupil stands accused of killing him. He appeared in the Johannesburg Magistrate's Court on a charge of murder and two of attempted murder. He cannot be named because identity parades have not yet taken place. He is expected to file for a formal bail application on Thursday. Bakwela was stabbed to death during an alleged fight between the "STK" and "IDV" gangs on Monday. Two other pupils were admitted to hospital. One of them attended court on Wednesday. The courtroom was packed, with other pupils also in attendance.

A 24-year-old Free State doctor bit a man's tongue so severely that he required surgery after he allegedly tried to rape her at the hospital where she works. The incident, according to the Free State health department, occurred shortly before midnight on Tuesday at the Pelonomi Hospital in Bloemfontein. "The alleged perpetrator failed to overpower the doctor and could not execute the rape," said health department spokesperson Mondli Mvambi. "During the scuffle the doctor managed to bite the tongue of the alleged perpetrator who then ran away to National Hospital." He was identified there after a report had been circulated to health facilities in the Bloemfontein area. Mvambi said the 30-year-old man was held at the hospital while he was seeking medical help. The man was operated on in the early hours of Wednesday under police guard. The department said the doctor was not physically harmed and “is well and receiving all the necessary support”.

EFF MP in court for ‘Sona slap’ of cop

EFF MP Marshall Dlamini appeared briefly in the Cape Town Magistrate's Court on Wednesday for allegedly slapping a police officer after the State of the Nation address (Sona). Dlamini and party secretary-general Godrich Gardee posed for photographs with court staff as a defence attorney negotiated for the case to be postponed so that it could go to full trial. Dlamini was filmed allegedly slapping a police officer in parliament immediately after the Sona in February. Charges of assault were laid by a male warrant officer and a female sergeant, police spokesperson Brigadier Vishnu Naidoo said at the time. The EFF had earlier claimed the scuffle was in response to a death threat against party leader Julius Malema. Dlamini said at the time that he was dealing with a "racist clown" when the warrant officer was struck. The case was postponed until July 10 for a pre-trial hearing.

The Eastern Cape health department has opened an investigation after pictures surfaced on social media of plates of poor-looking food from the Cala and Hewu hospitals. HeraldLIVE reported that a plate of dry white rice with small, broken pink sausages was photographed at Cala Hospital. Then, a handful of green peas on a bed of rice was photographed at Hewu Hospital in Whittlesea. Provincial health spokesperson Sizwe Kupelo said: “Following the circulation of the images over the weekend the department contacted all hospital CEOs in the province, demanding pictures of the food being served to our patients.” Kupelo said a report would be submitted on Wednesday. He said the department had a provincial food plan that ensured patients received the correct nutrients appropriate for their clinical condition. “The department will take decisive action against those who might be implicated in this gross violation of departmental food policy.”

Johannesburg city manager Ndivhoniswani Lukhwareni knew about plans to demolish houses in Alexandra - but he thought no one lived in them. He made the admission during an inquiry by the SA Human Rights Commission and the public protector in Braamfontein on Wednesday. "From my understanding the structures targeted were unoccupied, incomplete, and those which were complete were unoccupied," he said. Lukhwareni was asked about the evictions by the Red Ants last week. Hundreds of people were left homeless after the demolition of about 80 structures, apparently because they were built too close to the Juskei River. Johannesburg mayor Herman Mashaba warned on Monday that officials who agreed to the demolition of the houses would face consequences. Earlier on Wednesday, the Red Ants identified the City of Johannesburg as the organisation on whose behalf they were acting when they demolished the homes.

AfriForum have threatened to take Netball SA (NSA) to the Court of Arbitration for Sport in Lausanne if it doesn’t abolish racial quotas when selecting the Gauteng U12 to U18 schools teams. Chief executive Kallie Kriel said they had obtained the score sheets of the selectors and they show that 56 white schoolgirls were excluded from provincial teams based on their race. “These score sheets prove that 56 white girls‚ who should have been selected to the teams on merit … [were[ excluded from the teams because of their race‚” he said. The group has already submitted written official complaints to Netball SA‚ South African Schools Netball and Gauteng Schools Netball on behalf of the parents of 12 of the prejudiced girls. Kriel said they had given NSA 14 days from Monday to respond or face being reported to the International Netball Federation. “If necessary‚ the case will also be taken to the international Court of Arbitration for Sports.”

In a cellphone recording, F1 racer David Coulthard can be seen dancing in a minibus taxi in Cape Town. 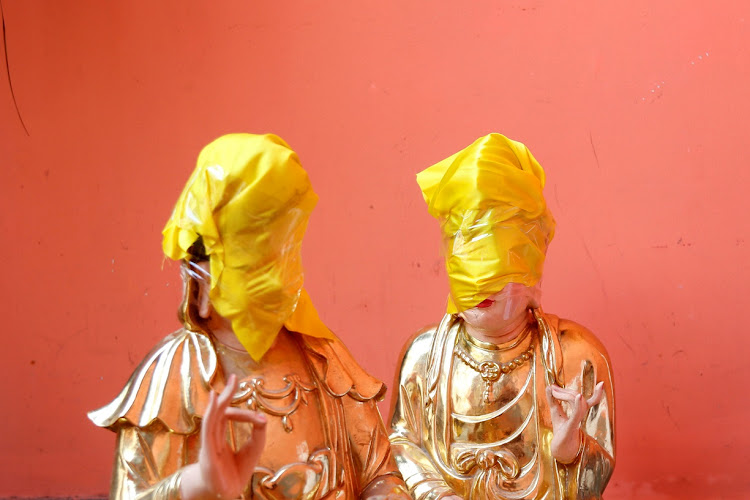 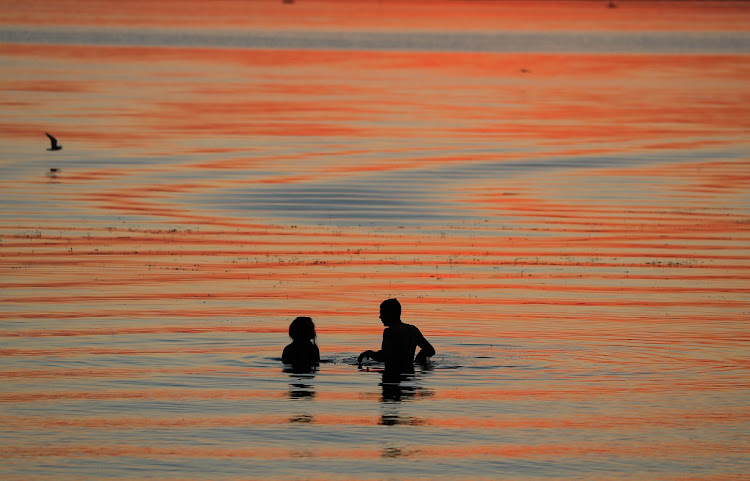 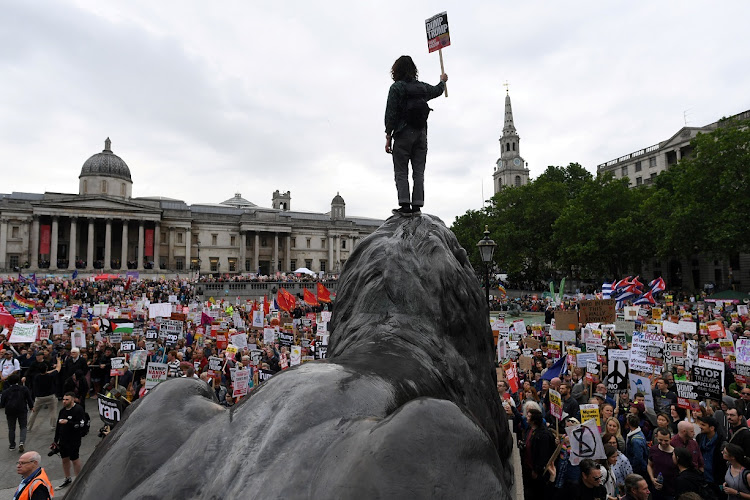 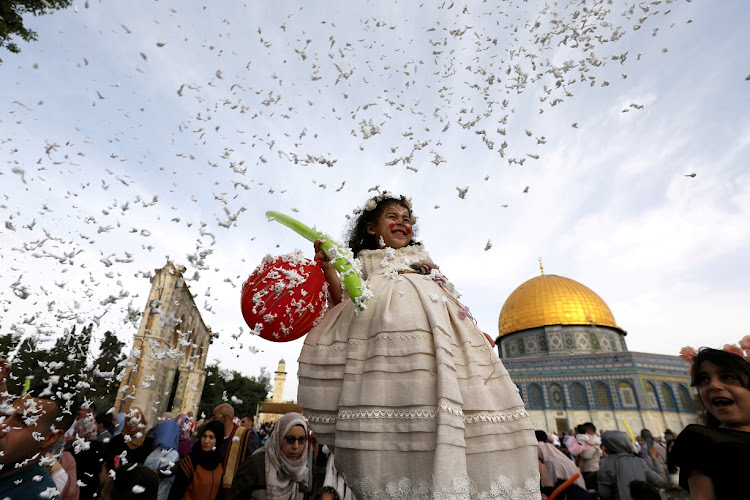 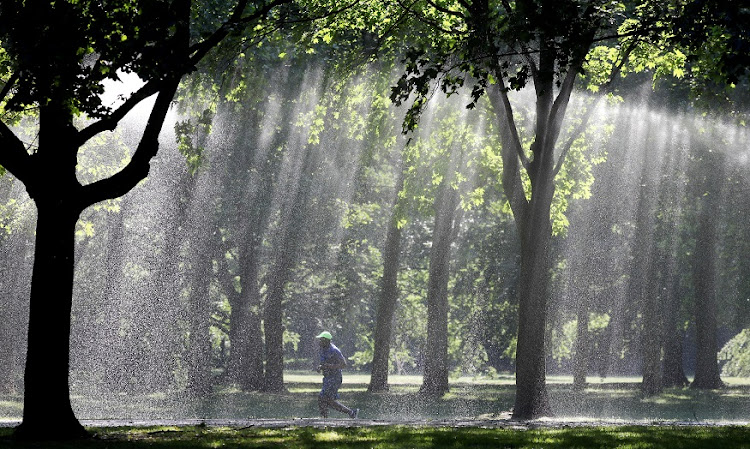 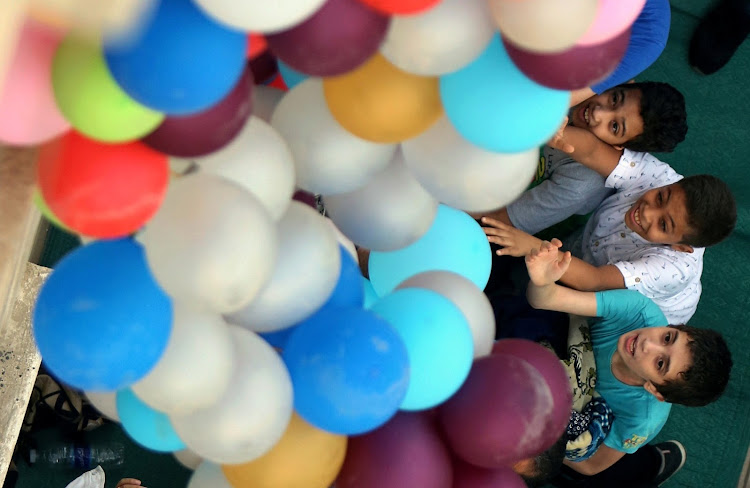 The pride and the fall: The paedo priest fighting to get out of Oz jail

Lady Lucan damns her notorious husband from beyond the grave

After a series of design hitches and test accidents, first SpaceX astronauts get ready for maiden launch

To infinity and Bo-yond: The ‘Toy Story’ gang grows

They're back, this time with Bo Peep in a leading role, although the creators insist it's not a gender equality thing

Apple has stepped up its privacy war with Facebook and Google by unveiling a challenger to the internet login systems that the two digital advertising giants use to gather data from around the web. It has announced a new ‘Login with Apple’ feature that will let internet users access websites and apps by linking it to an Apple ID instead of having to remember passwords. The feature is a direct challenge to similar systems designed by Facebook and Google. – Telegraph Media Group Limited (2019)

A contestant whose astonishing streak gripped America was defeated on the day he was set to break a long-held record. James Holzhauer, 34, had for weeks dominated ‘Jeopardy!’, a TV institution that has been running since 1964, but was eventually defeated by Emma Boettcher, 27, a University of Chicago librarian. Holzhauer had won 32 episodes in a row and had been on the verge of passing the all-time winnings record of $2,520,700 set by Ken Jennings, a computer scientist, in 2004 before he met defeat. – Telegraph Media Group Limited (2019)

A crew member working on the new James Bond movie was injured during the filming of a controlled explosion at Pinewood Studios outside London, producers have said. The exterior of a stage had also been damaged in the blast. Last month producers said actor Daniel Craig had sustained a minorankle injury during filming in Jamaica and would undergo surgery. – Reuters

Iglesias is on the road again at 75

At 75, singer Julio Iglesias can't run and can no longer play soccer. But still singing for a living after 50 years? That, he said, is ‘a miracle in my life’. The Spanish crooner kicks off the European leg of his 50 year anniversary tour in Antwerp on Sunday with a Grammy lifetime achievement award to add to his many accolades. ‘I am in perfect condition,’ Iglesias said. - Reuters

Paris can’t get too much of Tut

A blockbuster Tutankhamun show in Paris has been extended for a week with 800,000 people already buying tickets for the exhibition. More than 1.2 million are expected to flock to ‘Tutankhamun: Treasures of the Golden Pharaoh’, which has been described as as a ‘once in a generation’ show about the young Egyptian monarch. Organisers said opening hours have also been extended from 9am to 9pm at the giant la Villette venue in the north of the French capital. - AFP

There’s meth to their madness

Three synthetic drug labs producing an estimated $160m worth of methamphetamine were dismantled in Mexico on Tuesday, in what officials called one of the country's biggest blows to drug trafficking this year. Meth, heroin, cocaine and fentanyl are trafficked over the northern border and into the US - the world's largest consumer of drugs. Authorities say new technologies used by the army - including drones that identify heatwaves in uninhabited areas - have led to the discovery of an increasing number of drug laboratories over the last few months. - AFP

BULL’S EYE: There is an upside to the downside

The bears triumphed in 2001, but there is hope for the bulls as we grope in what feels like eternal darkness

Ten-year economic low: the world is going down with us

The fallout from the US-China trade war will be detrimental, says the World Bank

Which of these three decor styles is yours?

A guide to the minimum entry requirements for belonging to the coolest style tribes.

Melania trumps her husband in the style stakes

How the American dynasty does power dressing on tour

Rihanna has beaten out Madonna, Celine Dion and Beyoncé to be the richest woman in music

Blast from the past: Naas drops destroy Irish hopes