ANALYSIS: Why the ANC’s anti-corruption fight is one big con

The plunge in GDP is like a goodbye gift from Zuma, although he can't take all the credit for this turd

Businessman Louis Tshakoane, who is already wanted for fraud, popped up for a meeting over KZN deal

Turning drips into shoes is a Comrades green feat

These are the defences he is laying before SA's highest court. Thing is, they've been heard three times already

Meditation app is just the thing for scattered millennials

see no evil ANC secretary general Ace Magashule adresses the media at Luthuli House in Johannesburg on Wedenesday, while ANC Youth League members picketed outside in protest against those who have overstayed their terms of leadership in the league.
Image: Alon Skuy

An emotional Emmanuel Sibusiso Tshabalala has been served a suspended sentence for the fatal shooting of his 16-year-old son, Luyanda. He appeared in the Lenasia Magistrate’s Court on Tuesday. He was handed a 10-year direct prison sentence, wholly suspended for five years. Tshabalala was sleeping in his car after dropping off his son for evening classes on June 5 2018. He was woken by knocking on the window and‚ thinking he was in danger‚ fired his gun. He said in an affidavit presented to court that after firing the weapon‚ Luyanda had called: "Daddy‚ it's me." He got out of the vehicle‚ went to his son and then rushed him to get medical help - but there was nothing that could be done to save his life.

No leads in search for kidnapped businesswoman

No solid leads have surfaced in the case of kidnapped Durban businesswoman Sandra Moonsamy, 44, as members of the Hawks and a private investigator continue to search for clues. Moonsamy has been missing for five days after she was kidnapped on the M13 off-ramp between Pinetown and Westville on Thursday at about 6.30pm. Private investigator Brad Nathanson, who has been independently roped in to track down the Westville mother of two, said he was following up on something but it was a long shot. Nathanson said there had been no substantial proof to suggest that Moonsamy was either alive or dead. "No one has called demanding a ransom or anything," he said. Meanwhile, provincial Hawks spokesperson Captain Simphiwe Mhlongo said while there had been "no movement" in the case, they remained hopeful. Moonsamy is the youngest daughter of Poonsamy and Lutchmee Naicker, who run a multimillion logistics company, Crossmoor Transport.

Mom in burning Ford grateful she left kids at home

A mother of two toddlers was driving to work when her Ford Fiesta "randomly stopped working" and caught fire in the middle of a busy Honeydew, Johannesburg road on Tuesday. Mpho Khanye was alerted to the problem only when a good Samaritan told her the car was burning. She had time only to grab her handbag, cellphone and a work jacket before watching her car go up in flames. The distraught mother said it felt unreal. She said her routine included taking her two children to daycare and then reporting for work, but she had spontaneously decided not to take the toddlers to daycare on Tuesday. "It was just one of those days. I felt quite down and didn't feel like anything, I did not even apply make-up. Even with the kids, I just thought I won't take them with me, but leave them with my mother," she said.

Thobela Xoseni, the alleged Cape Town Metrorail train arsonist, was officially ordered on Tuesday to spend the next 30 days in the Valkenberg psychiatric institution. During this time, Xoseni will get a mental assessment and be held there until his next appearance in the magistrate's court in Cape Town. The 30-year-old will appear again on July 3. Xoseni appeared in court on Tuesday for the second consecutive day and for the fourth time overall. The proceedings on Monday and Tuesday took place a month after the previous meeting, when the district surgeon suggested Xoseni be referred for psychiatric observation. Xoseni, from Khayelitsha, is accused of setting two trains alight on April 21 at Cape Town station. The damage is estimated at R33m. During his first court appearance he stated: "I burnt the trains."

A licensing department official who came under fire for alleged aggression and racist utterances against a client in Bedfordview last month, has been fired with immediate effect, the City of Ekurhuleni confirmed on Tuesday. The municipality said it "acted swiftly to institute disciplinary processes" following "egregious racist remarks" and aggression against a client. "The official failed to make a substantive written submission on why his contract should not be terminated. Subsequently, the city had no option but to dismiss the employee with immediate effect," said spokesperson Themba Gabede. The man was filmed on camera saying “you white people … I don’t like you” after another client at the centre, Gavin Sharples, intervened after he saw the official "berating, insulting and humiliating" a young man who was there for his learner's or driver's licence.

More employees who see unethical behaviour in the workplace are reporting it. That is what The Ethics Institute (TEI) found in its 2019 South African Business Ethics Survey. It found an increase in unethical behaviour at work: from 18% in 2009, to 25% in 2016, to 31% in 2019. The number of employees who saw and reported this increased from 48% in 2016 to 55% in 2019. In the latest survey, 2,253 respondents from 19 private-sector organisations took part in the online survey and telephonic interviews between October 2018 and March 2019. The primary reasons for failing to report unethical behaviour, according to the survey, were the "fear of victimisation and not believing anything would be done about it". The industries with the highest ethical scores were banking and tourism and hospitality. The most unethical industries were mining, along with wholesale and retail.

Shell chair Hloniphizwe Mtolo probably didn’t realise that his announcement of donating R500,000 to a charity of Mtolo’s hero petrol attendant Nkosikho Mbele’s choosing would raise fire. Well, it did and many South Africans aired their frustrations on Tuesday. 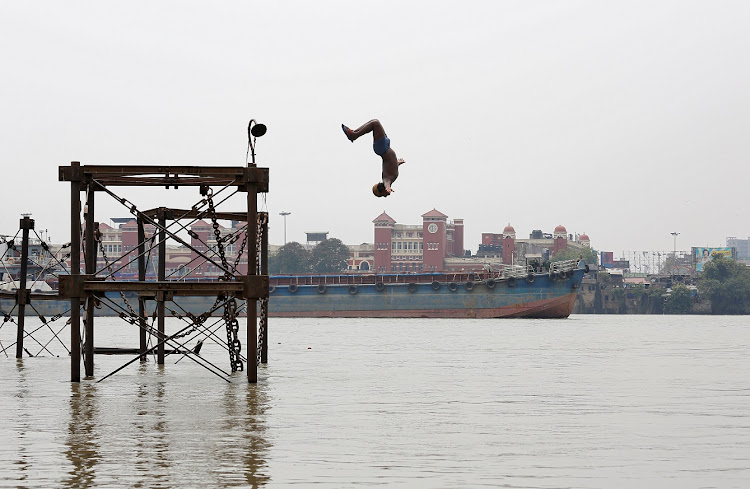 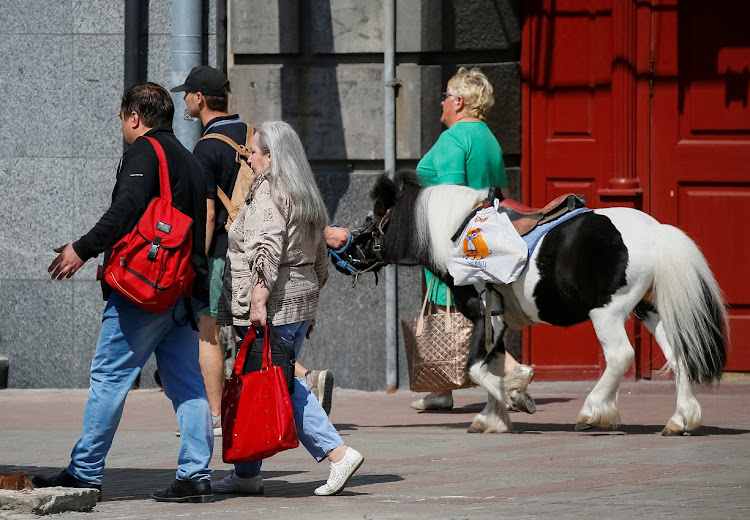 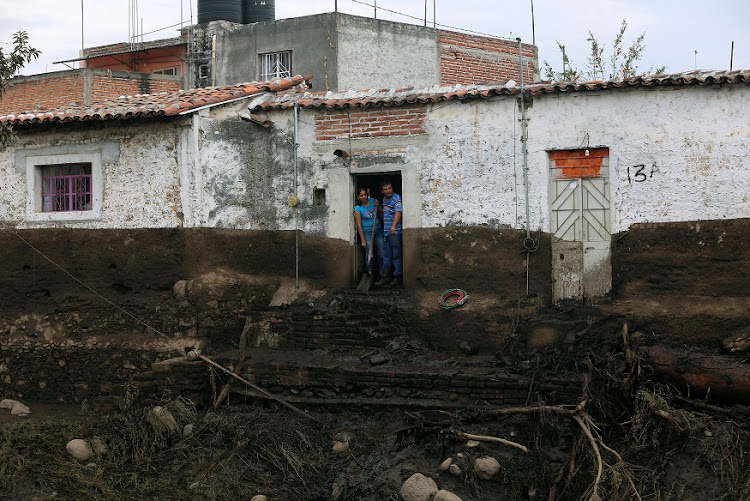 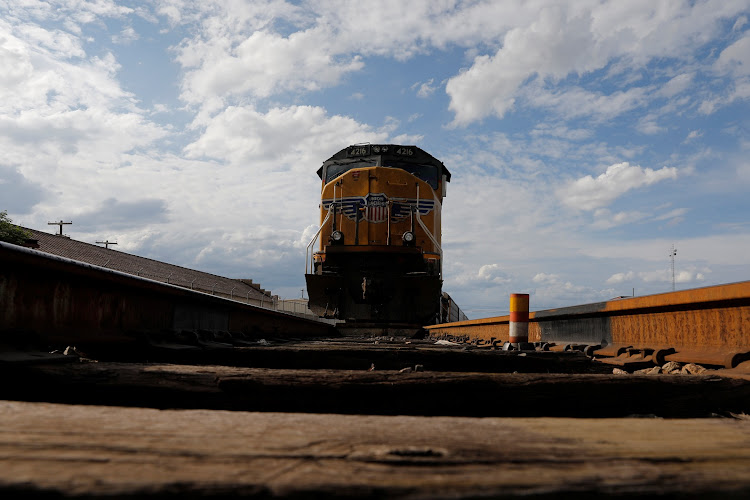 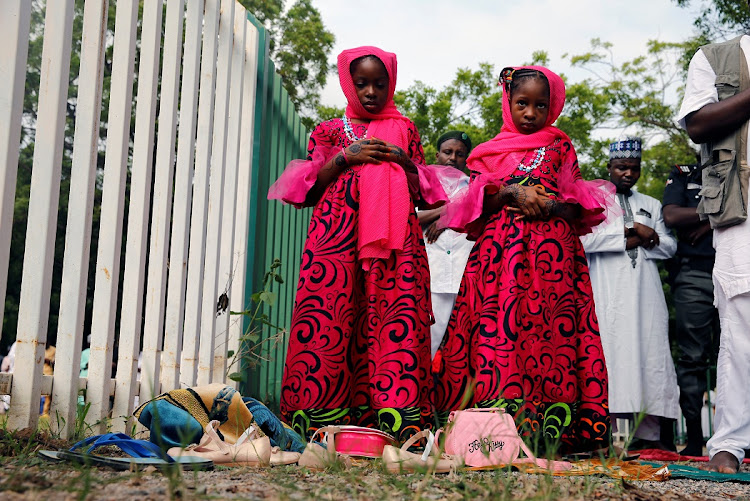 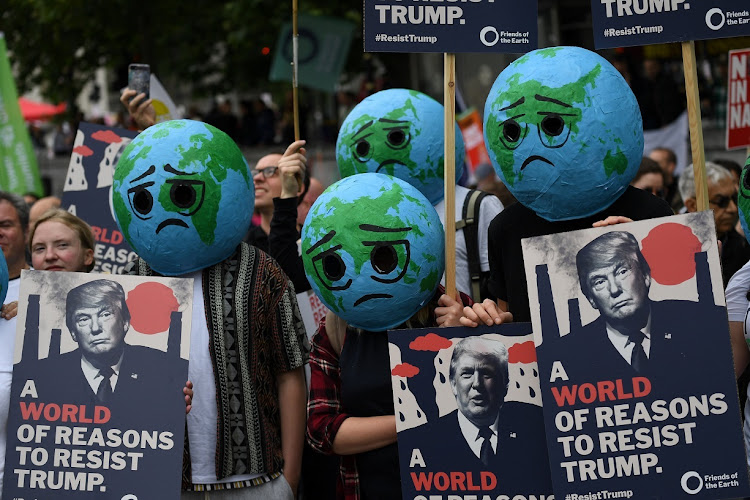 Vitamin D pills are the way to go in our fast-paced, indoor lifestyle, scientists find

WATCHING THEIR BACKS FOR THEM Albanian Muslims attend the morning prayers of Eid al-Fitr, marking the end of Ramadan in Tirana, Albania
Image: Reuters/Florion Goga

A French court is set to rule on whether an early-rising cockerel, France’s emblem, should be considered a neighbourly nuisance in a case that has led to protest in the countryside. A woman from the island of Oleron has been summoned to court after a legal complaint by her neighbours who are troubled by the early crowing of her rooster during their holidays. – AFP

India’s tallest rubbish mountain in New Delhi takes up an area of more than 40 football pitches. The Ghazipur landfill rises by nearly 10m a year. According to East Delhi’s superintendent engineer Arun Kumar, it’s already more than 65m high. At its current rate of growth, it will be taller than the Taj Mahal, some 73m high, in 2020. – AFP

‘Ex-gay’ president may need a cure for his mouth

Philippines President Rodrigo Duterte has claimed he ‘cured’ himself of being gay with the help of beautiful women. Duterte is notorious for his insults, threats and distasteful jokes in speeches. During an appearance before the Filipino community in Tokyo last week, Duterte appeared to say one of his critics, Senator Antonio Trillanes, was gay, whereas he was ‘cured’. – AFP

So, so satired of secrecy: cartoonist outs himself

A Chinese cartoonist whose anonymous political satire earned him comparisons with Banksy – and the wrath of Beijing – has outed himself as a former law school student who became politicised after watching a Tiananmen Square documentary in a university residence room. Badiucao, whose subversive pieces regularly mock President Xi Jinping, has outed himself in the hope it will help protect him and his family from the authorities. – AFP

A gunman killed at least four people and wounded one in Darwin, Australia, on Tuesday, authorities said. Police said a 47-year-old man, who was known to police, had been taken into custody within an hour of the first shots being reported. Police had identified five crime scenes, including pubs, a park and a convenience store. – Reuters

Virtual-L’Oreality – because Amazon’s worth IT

L’Oreal’s virtual-reality business ModiFace will provide makeup testing technology to Amazon, allowing customers of the site to try on lipsticks using phone videos or photos. The contract also includes other brands such as Maybelline and Lancome, but is limited to lipsticks for now. The service will launch in the US and Japan in mid-2019. – Reuters

In a post-Steinhoff world, Tongaat leaves a bitter taste

Wiese’s Shoprite share bid flops, but is it really over?

Celebrities, yachts and F1 sponsorship are part of cigarette companies’ attempts to woo the public

The carb-conscious would usually avoid them, but you can have a cocktail with a side order of skinny

Now you can hail a ScUber Down Under, and help protect the Great Barrier Reef

No road too rocky for Rassie van der Dussen

He wasn’t 'the golden boy who walked straight into teams', but that's given the Proteas batsman a mental edge

Blast from the past: Zulu has SA feeling on top of the world