Patience, SA! Cyril will get there in the end

Cuts here, concessions there, doing things little by little is what it will take to get rid of the Zuma detritus

Need an urgent service? Demand a quote up front

Court official says the backlog has been resolved. Furious lawyers beg to differ

Scientists use their noodles to track pesky nurdles

A bird in the hand is worth two in the bush, Stellies study affirms

What’s in the water? Cape residents are sweating over it

Residents have raised an alarm about the Zandvlei reserve

As he turns 80, Terry Waite describes how his ordeal continues to shape his life, and how he managed to soldier on

Von Bülow was cleared, yet died ‘a prisoner of his reputation’

They wrote it this week: Just for laughs at the lunatic asylum

YACHT NO, HEY. IT WAS POURING A yacht sails past at the entrance to Grand Harbour at sunset in Valletta, Malta.
Image: Reuters/Darrin Zammit Lupi

A crowdfunding campaign for petrol attendant Nkosikho Mbele whose act of kindness warmed hearts across SA has raised more than R282,000 to help his family in Cape Town. Mbele paid R100 out of his own pocket to top up the tank of a motorist who stopped for fuel but had forgotten her bank card while driving to Cape Town. He was worried that she would be stranded on a notorious stretch of highway if she ran out of fuel. Monet van Deventer, an account manager, said on Facebook her encounter with Mbele had given her hope for the future of the country. Apart from returning to the petrol station to repay the R100 and thank Mbele, Van Deventer started the crowdfunding initiative, hoping to raise R100,000 by the end of June.

A 29-year-old man is to appear in the magistrate’s court in Willowvale in the Eastern Cape on Monday for allegedly raping his 50-year-old mother. Police said the victim was on her way home from a local tavern at Phaphasini Locality, Mboya Village, Willowvale, on Friday when she was attacked and raped. “The victim felt some footsteps from behind. She continued walking until the person from behind grabbed her. She was dragged far from the road and the suspect accosted her. She was then raped by the suspect.” The suspect fled after the alleged rape, police said. “The victim identified the suspect as her own biological son.” The suspect will face a charge of rape.

Several train carriages were burnt in a fire that started at a Transnet engineering yard in Maitland, Cape Town, on Sunday. Five firefighting vehicles, one rescue vehicle and 21 firefighters were dispatched to contain the blaze. “The fire has been contained to several disused carriages,” said Cape Town fire and rescue spokesperson Jermaine Carelse. No injuries were reported. Sunday’s fire was the third involving trains in Cape Town within the space of a few days. A train pulled into Cape Town station on May 28 on fire. The next day another train was engulfed in flames at the station.

SAA CEO Vuyani Jarana has resigned, according to media reports on Sunday. Jarana said in his resignation letter to the SAA board that the airline's turnaround strategy was being “systemically undermined” and he could no longer assure the board that it was achievable, reported financial news website Fin24. Jarana was appointed CEO in November 2017. The SABC reported on Sunday that SAA spokesperson Tlali Tlali referred queries about the reported resignation to the department of public enterprises. The department, in turn, referred media to SAA board chairperson JB Magwaza who could not immediately be reached for comment. Public Enterprises spokesperson Adrian Lackay said SAA would release a statement on the matter during the course of the day, reported eNCA.

In what environmental lobby group FrackFree SA has described as a devastating harbinger, the Supreme Court of Appeal overturned an earlier High Court ruling interdicting US company Rhino Oil and Gas from going ahead with wide-scale gas exploration, with view to possible fracking or intensive mining. The area in question includes 5,500 farms in KwaZulu-Natal - about 2-million hectares. Economists, however, say that the discovery of gas reserves would augur well for SA’s financial standing and could provide an answer to electricity woes.

A Durban paramedic and a security guard made their way into a burning building to rescue an elderly woman trapped on the third floor. Ian Wessels was on his way to work when he saw the fire on Saturday, said Rescue Care spokesperson Garrith Jamieson. “One of the Rescue Care management team were on their way to the offices when they came across a flat fully engulfed in flames and members of the public requested assistance,” Jamieson said. Bystanders said there was possibly a person stuck on the third floor of the burning building. “Together with a security guard, our paramedic entered the premises and made his way to the third floor and helped rescue an elderly lady believed to be in her 70s. He carried her out and administered medical assistance until an ambulance arrived.” The woman was transported to hospital in a stable condition. 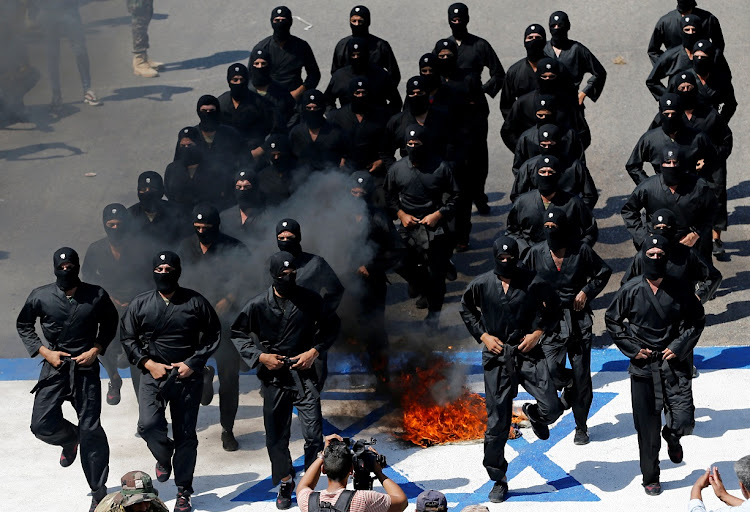 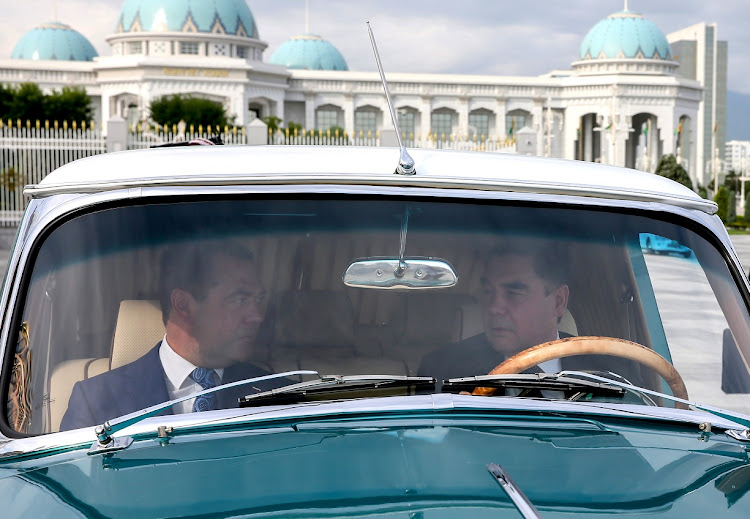 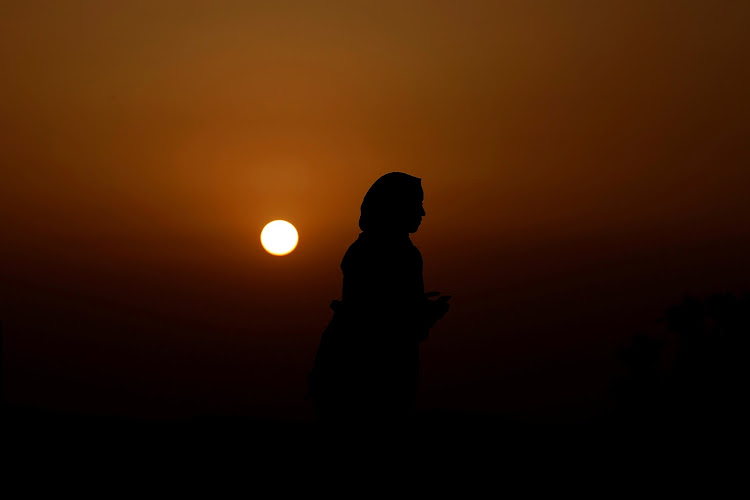 And then there was Tiffany: A tale of two Trump sisters

Never heard of Tiffany Trump? Neither had a lot of people. Here's what you need to know about Ivanka's baby sister

Sound and fury: How sonic warriors fooled the Germans

Recordings of tanks, trucks and gunfire got the enemy to defend the wrong D-Day beaches, secret papers reveal

Did Henry VIII dump Anne of Cleves because she wasn’t a virgin?

The king said he was repulsed by her body, but he may have been concealing a bigger scandal, an author claims

GOT A PROBLEM? A driver wears a shirt with a Huawei logo on it in Shenzhen, China.
Image: Reuters/Jason Lee

Virtual reality headsets that put domestic violence perpetrators in their victim's shoes are to be trialed after scientists found the technology reduced reoffending. Virtual Bodyworks, a Spanish start-up, is in discussions with large companies to roll out the technology after successful trials in Catalonia. During the trials, male offenders were asked to put on a virtual reality headset that ‘transformed’ them into a woman and to see things from their point of view. The software then forced them to interact with a male aggressor, who shouted verbal abuse while gradually moving closer towards them in the virtual world. – Telegraph Media Group Limited (2019)

A cruise ship lost control as it was coming in to dock in Venice on Sunday, crashing into the wharf and hitting a tourist boat. Tourists on land could be seen running away as the MSC Opera scraped along the dockside, its engine blaring, before knocking into the Michelangelo tourist boat. Two people were lightly injured in the accident. AFP

Hypnosis ‘better than anaesthetic for elderly’

Hypnosis works better than strong anaesthetic and could soon become the norm for elderly people undergoing arthritis operations following a landmark trial. Participants in need of shoulder, hand or knee operations were given headsets and taken on a virtual submarine tour, with a soothing female voice pointing out various fish and other underwater features. They had each been given a local anaesthetic, but the virtual reality hypnosis distraction (VRHD) was used to replace the intravenous sedation such patients would normally have got. Doctors found that the VRHD successfully replaced intravenous sedation in three quarters of patients. Meanwhile 90% of those who had VRHD for 10 minutes before as well as during the operation did not require intravenous sedation. – Telegraph Media Group Limited (2019)

Robert Pattinson is the new Batman

From vampire flicks to superhero movies: Robert Pattinson has been confirmed as the new Batman. The former Twilight star will play the caped crusader in Matt Reeves’s forthcoming film. He succeeds Ben Affleck, who left the role in January. Pre-production on the film, to be titled The Batman and set for release in June 2021, is due to start later this year. – Telegraph Media Group Limited (2019)

Pope Francis on Sunday asked forgiveness in the name of the Catholic Church for the mistreatment of the Roma people, a move likely to increase tensions with Italy's anti-immigrant Interior Minister Matteo Salvini. Francis made the comment during a meeting with Roma people at the last event of his three day trip to Romania, saying his heart was made ‘heavy’ by the meeting. - Reuters

The daughter of Princess Caroline of Monaco has married a French film producer with whom she had a son last October. Charlotte Casiraghi, 32, wed Dimitri Rassam on Saturday in a ceremony at the Palace of Monaco. It was followed by a reception at the opulent villa of La Vigie in nearby Roquebrune, France. Rassam, 37, is the son of French actress Carole Bouquet and Jean-Pierre Rassam, also a film producer, who died in 1985. - AFP

What a job: Thulas Nxesi ‘being set up for failure’

Issues preventing employment must be dealt with before new labour minister can turn situation around, analysts say

Making cash as a millennial: tips from industry experts

When the world becomes a little too scary, it helps to look for inspiration from those who have made it

The silence on menstruation must end. Period!

Tiny ‘surgeon’ robots make cuts from within the body

The robots change shape in response to temperature, contracting to fit into tight spaces in the body

In Britain, teams in other sports don’t hit the headlines unless they brandish trophies

Blast from the past: ‘Wooden spoonists’ give Boks a hiding