The Cat? What cat? I give you Schrödinger’s Politician

‘Did you see this coming?’ Mogoeng asks De Lille

Yes, you must give a refugee life-saving treatment, court tells hospital

After she was shot in an attack, all Kylea could talk about was going back to school. These people made it happen

Umdloti speed humps - more than just a bump in the road

How Homo naledi’s teeth are providing answers, not aches

More than R1bn has been allocated for flood relief in the city’s new budget, but victims say they are tired of waiting

I stumbled into an avoidant Capetonian. It turned out to be a void

The economist’s guide to weaning yourself off parental guilt

She loves you, yea, yeah, yay ... even though she abuses you

Transnet is said to have spent R1.2bn on a controversial ‘relocation’ of two manufacturing facilities from Gauteng to Durban - but it never happened. Testifying at the state capture inquiry on Thursday, Thobani Mnyandu, from MNS Attorneys, which was contracted to investigate allegations of wrongdoing at the state-owned company, said their probe found that Transnet paid for the relocation of manufacturing facilities for Bombardier and China North Rail at a cost of R618m and R647m respectively. However, ‘the finding we made was there was no relocation’, Mnyandu said. Transnet was warned by PriceWaterhouseCoopers that the operations of the two locomotive manufacturers could not be housed at Transnet’s Koedoespoort facility in Pretoria. ‘We found that the advice by PwC was not carried through,’ Mnyandu said. This resulted in the ‘unjustifiable’ skyrocketing of costs for the ‘relocation’ of these facilities to Durban once the contracts were awarded. Testimony from MNS representatives is expected to conclude on Friday.

The high court in Johannesburg on Thursday ordered the EFF to pay former finance minister Trevor Manuel R500,000 for defamatory and false statements made about him by the party. Judge Elias Matojane also ordered the EFF to remove a statement about Manuel from all of its media platforms about the interview process for new Sars commissioner Edward Kieswetter. Manuel went to court in response to a statement by the EFF on March 27 which accused him of nepotism and corruption in influencing the appointment of Kieswetter. In his judgment, Matojane found in Manuel’s favour and agreed that the general trend of awards in recent times merited an amount of R500,000 in damages. Matojane also awarded the punitive costs against the EFF, its leader Julius Malema and its spokesperson Mbuyiseni Ndlozi. Manuel’s legal team described the ruling as a ‘huge’ vindication and said the R500,000 would be donated to charity.

Hospital starts probe after patient tied up on floor

The sight of an elderly patient lying on the floor of a hospital with her hands bound has appalled medical authorities, who say those responsible will be traced. The family of Martha Marais are fuming over the treatment of their mother, who is 76, at the Mamelodi Hospital on Tuesday. ‘We are dismayed by this appalling treatment of Ms Marais. Restraining her in such a manner is both inhumane and insensitive,’ said Dr Mpho Thoabala Motjope, Mamelodi Hospital’s clinical manager. ‘The hospital management is investigating and those involved will be taken to task. In the meantime, we will offer counselling to the affected parties.’ The Gauteng health department said: ‘It is a matter that we will follow up, with keen interest, to ensure that it doesn't happen again in any of our public health facilities.’

The DA in the Western Cape legislature has dumped a 10-year-old convention, dropping the ACDP as its preferred leader of Scopa in favour of its fierce rival, the ANC. In terms of parliamentary convention followed by most provincial legislatures and the national assembly, governing parties have generally offered the position of Scopa chairperson to the smaller opposition parties as opposed to the dominant one. The DA followed this practice when it first came into power in 2009, and again in 2014. But the newly installed DA caucus in the Western Cape provincial legislature offered the Scopa chairpersonship to the ANC. The committee holds MECs and senior government officials accountable for public funds and has powers to summons documents and to also initiate its own investigations. The ANC accepted the offer.

GOOD leader Patricia de Lille said on Thursday, with a chuckle, that there would be no blue-light brigades whisking her around as the country’s new minister of public works and infrastructure. ‘No, no. No blue lights. I’m staying away, far away from anything that’s blue,’ she told Power FM. It was the tail end of a conversation that touched on her estranged relationship with the DA, under which she served as mayor of Cape Town. Asked if she felt her appointment was a strategy by the ruling party to deal with the DA, De Lille said: ‘No man, I think we must forget about the DA. They’ve got enough problems amongst themselves …’ De Lille said she would hit the ground ‘sprinting’ in her new job. DA leader Mmusi Maimane reacted to De Lille’s appointment on eNCA, saying she was ‘now part of the ANC’s infrastructure’ and they would hold her to account.

Efforts by a man who used an app to try to hail taxis to ferry a body from his townhouse in an attempt to dispose of it backfired when the drivers tipped off police in Gauteng. Napo Motebang, 27, appeared in the Alexandra magistrate’s court on Thursday facing a charge of murder after the death of a woman at his apartment in Midrand earlier in May. Midrand police spokesperson Captain Mmakgomo Ronny Semono said that Motebang had initially summoned a driver from a popular e-hailing service but the driver had refused to take him and his ‘companion’. A second driver, on noticing that he was carrying an apparently lifeless body, refused to ferry him and alerted police. The man then ‘put the body in a garbage bin and wheeled it out of the complex’ before dumping it in nearby bushes, said Semono. The victim, believed to be a Lesotho national, was known to Motebang’s sister. The case was postponed to June 13. Motebang remains in custody.

When Uber driver Menzi Mngoma's client heard him singing she knew she had to share his gift with the country. Kim Davey shared on Facebook — and boy was Mzansi glad to hear his voice as his face and voice went viral! 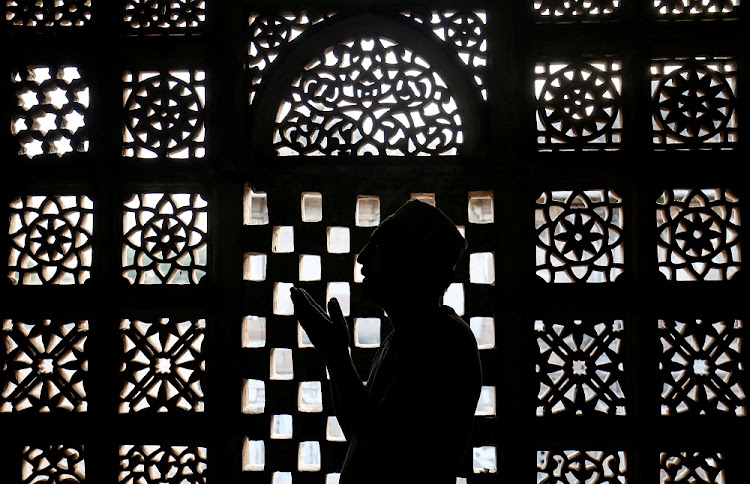 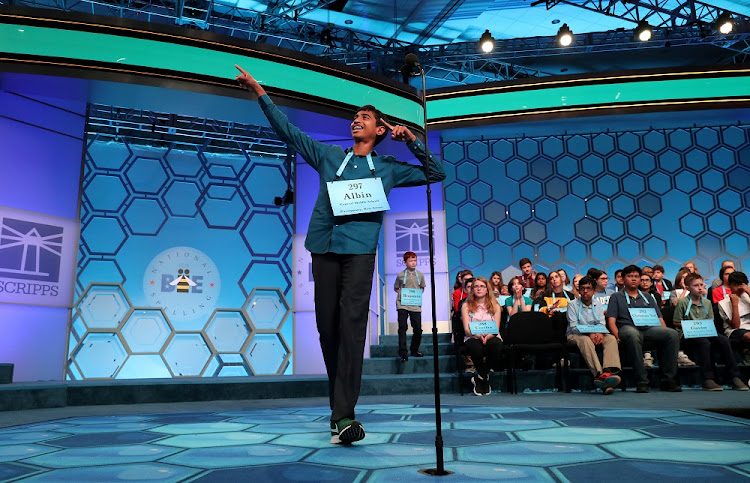 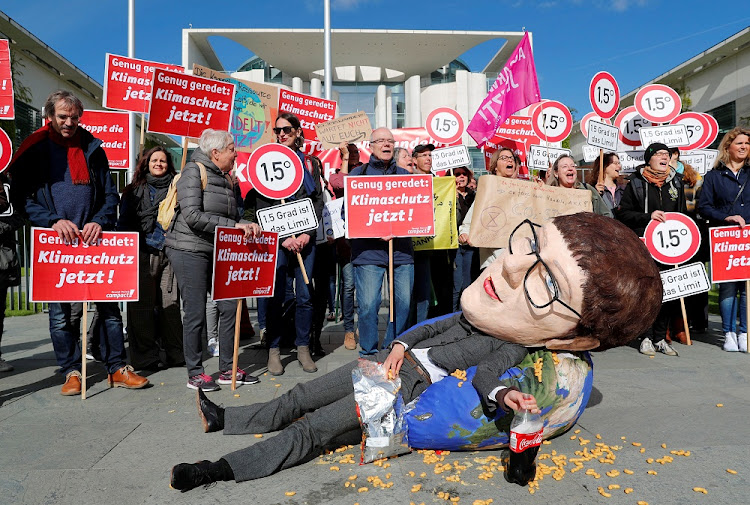 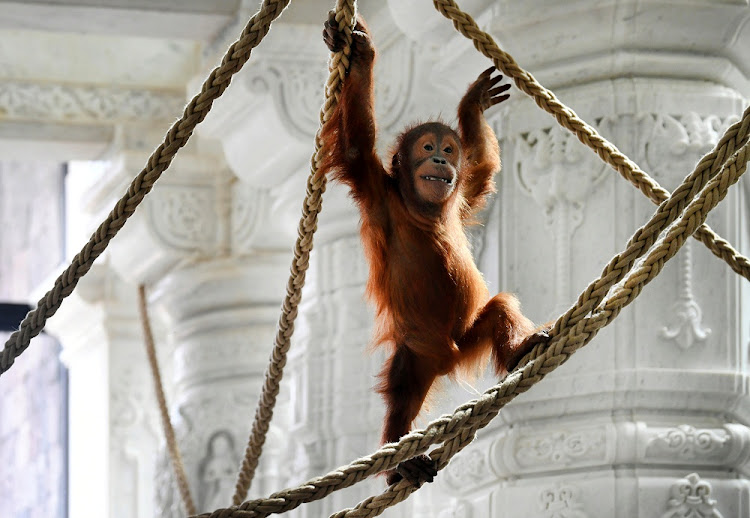 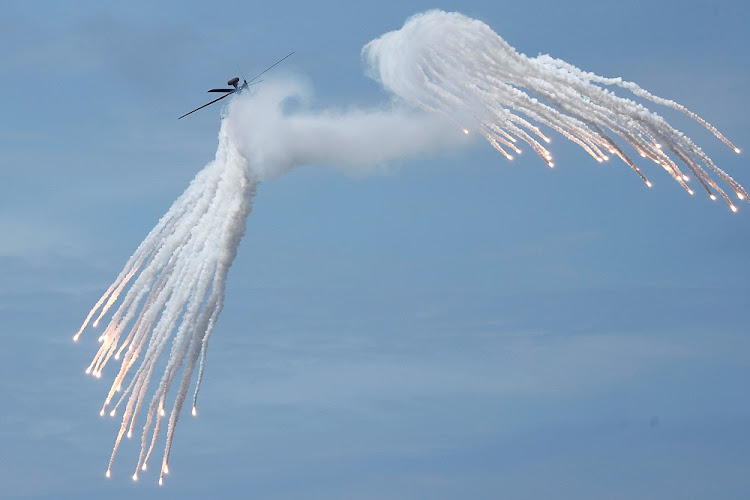 The purgatory of riders and chancers running to succeed May

This is a serious contest in need of serious candidates

Where do donated billions go? ’Cause it’s an Amazon jungle out there

How should the 1% give ethically in 2019? For some, nailing down ‘good giving’ is the answer

Taiwan has legalised same-sex marriage, but China refuses to follow its example

House of shards A woman walks away from a damaged house after several tornadoes touched down in Linwood, Kansas.
Image: Nate Chute/Reuters

This glove with give you a hand

A sophisticated smart glove, capable of identifying and grasping objects like a human hand, has been developed by researchers at MIT. Using artificial intelligence, the low-cost knitted glove uses 550 tiny sensors to recognise different objects. The glove can be used by robots and even fitted to a prosthetic hand. Previous smart gloves have been developed, but they are not only more basic, having only around 50 sensors, but also far more expensive. The new version, known as the Stag, is made from commercially available materials costing approximately $10. – Telegraph Media Group Limited (2019)

US is whipping up a record storm year

Kansas is the latest US state to be assessing tornado damage, as the US reels from its most significant series of storms in almost 40 years. Tornadoes in the Midwest have killed seven people in Iowa, Missouri, Oklahoma and Ohio in the past week. On Monday, the US equalled its record of 11 consecutive days with at least eight tornadoes on each. The National Weather Service received at least 27 more reports of tornadoes on Tuesday, suggesting the record would be broken once official totals were in. – Telegraph Media Group Limited (2019)

Eating sausages and other ‘ultra processed foods’ could increase the risk of early death by 60%. Two studies link ready meals and other foods containing high levels of added fat and sugar to an increased risk of heart disease and stroke. The research found that those eating four portions a day of such foods had a 62% increased mortality risk, compared with those consuming less than two servings daily. Each serving increased the risk of early death by almost a fifth. – Telegraph Media Group Limited (2019)

Disney’s chief executive has warned the US state of Georgia that the company’s film and TV productions are likely to abandon the state if its controversial abortion bill becomes law. Bob Iger said it would be ‘very difficult’ for the entertainment giant to continue working in the state if the so-called ‘heartbeat bill’, which outlaws terminations from as early as six weeks, comes into force. The Walt Disney Company has shot some of its biggest films in the state, including ‘Black Panther’ and ‘Avengers: Endgame’. Netflix has also warned it could pull out of the state. – Telegraph Media Group Limited (2019)

Stress too much and you won’t have grandkids

Stress in early pregnancy may affect a woman’s chances of having grandchildren, a study has found. Researchers have identified a link between mothers who undergo distressing events during the first 18 weeks of being pregnant and having a boy with a lower sperm count once grown up. They believe the developing male reproductive organs are at their most vulnerable during this time. However, they emphasised: ‘To provide some perspective, the association between exposure to stressful life events and reduction in sperm counts was not as strong as the association between maternal smoking and subsequent sperm counts.’ – Telegraph Media Group Limited (2019)

A six-year-old boy fell up to 9m from a rollercoaster after he is said to have slipped from his seat whilst riding the attraction. The incident, described as ‘serious’, happened at Lightwater Valley theme park in North Yorkshire. The child was airlifted to hospital. His condition is not believed to be life threatening. A witness tweeted: ‘As it went down the fast bit towards the souvenir camera he slid out and over top of carriage. Fell face down about 20 or 30 feet to ground.’ – Telegraph Media Group Limited (2019)

Yes, there are still reasons to be cheerful about SA

Stefanutti’s not got much to smile about

But it is surviving SA's construction doldrums better than most nonetheless

Bowler Metcalf goes back to what it’s best at

Its canny managers have been shedding excess and buying back shares

To the Egerton and back: This rocket is well worth the ride

A review of the new film about Elton John

Here’s some Streep to help you through your winter strep

These are the Showmax shows coming in June and July

The Mpumalanga town is perfectly positioned for the training of world-beaters. We paid it a visit

Blast from the past: Ortiz is forced to throw in the Toweel

Today in SA sports history: May 31