Cyril’s cabinet: It’s in with the new ... and out with Bathabile

President gives youth a chance alongside some welcome, and a few less welcome, faces from the past

For 13 years they yearned for a baby. Then came the medical miracle

They kill good cells with the bad, so finding the right delivery agent is crucial

Rush of blood: drones are a transfusion ‘game changer’

When we let religion into public institutions, we play with fire

These spaces must remain open to all without the coercion, direct or indirect, of the Christian majority

Women do have affairs, we just don't like to talk about it, says Mary Loudon

A DRY SPELL WON’T LETTER DOWN Nithika Rangan concentrates as she spells during the third round of the 92nd annual National Spelling Bee in Maryland, US.
Image: Reuters/Aaron P Bernstein

A syndicate producing fraudulent roadworthy certificates in the North West and the Eastern Cape was broken on Wednesday when three of its alleged kingpins were arrested. The Road Traffic Management Corporation (RTMC), along with the Hawks, arrested the three after swooping on a vehicle-testing station in Port Elizabeth. The corporation said the three were allegedly part of a syndicate operating between PE and Brits that issued roadworthy certificates for vehicles that had not been physically tested. Anti-corruption unit members had been investigating the syndicate for about six months before the bust. The suspects are scheduled to be transported to Brits, where they will appear in court on Thursday.

Third train on fire in less than a day

Yet another train carriage was engulfed in flames at Cape Town station after lunch on Wednesday. Cape Town fire and rescue service spokesperson Jermaine Carelse confirmed that the latest train fire - which comes less than 24 hours after two carriages burnt at the station overnight - had been extinguished. Initial but unconfirmed reports indicated that the fire may have been caused by an electrical or technical fault. Metrorail said about the incident on Tuesday evening that a train that pulled into the station at about 7.40pm was already on fire. "Fire services managed to contain the fire at 8.40pm after the electricity was switched off. Metrorail technical teams are on site to assess the damage and to commence cleaning-up operations as soon as possible." No injuries were reported.

A 19-year-old student, allegedly involved in the gruesome murder of a young Welkom woman, was arrested on Tuesday after his parents handed him over to police. His arrest comes after a woman's body was found at an open field in Dagbreek, Welkom. "The body was found with a knife stuck in her neck, both breasts cut off and burn wounds on her lower body and face," said police spokesperson Captain Stephen Thakeng. The woman was identified as Naledi Lethoba, aged 21, a student at Goldfields TVET College, by her parents. " The 19-year-old student of one of the colleges in Welkom was arrested yesterday [May 28 2019] by the investigator, DS Sergeant Tsie Matlokotsi, after he was handed over to the police by the young man's parents," added Thakeng. He is expected to appear in the Welkom Magistrate's Court on Thursday.

A stepfather who repeatedly raped his stepdaughter from the age of four has been slapped with five terms of life imprisonment by the Richards Bay Regional Court. The 38-year-old Durban man, who cannot be named to protect the identity of the child, was also convicted on Monday of sexually assaulting his stepdaughter’s 11-year-old friend. "He was sentenced to five years' imprisonment for sexually assaulting the friend in 2016," said police spokesperson Captain Nqobile Gwala. The man had raped his stepdaughter repeatedly from 2005 until 2016.

Provincial ANC heavyweight Mike Mabuyakhulu has failed in his attempt to quash corruption and money-laundering charges he is facing relating to a R300,000 "gratification" he allegedly received relating to the failed North Sea Jazz Festival in 2012. Mabuyakhulu, who is ANC deputy chair in the province, was forced to withdraw his name from the party’s provincial list ahead of last month’s national election after he was arrested along with 15 others in 2018. He first, unsuccessfully, attempted to sway prosecutors into letting him stand trial separately, in the hope of clearing his name ahead of the elections and allowing him to take up public office again. He then launched an application to have the charges quashed, arguing prejudice and claiming there was political interference at playBut Durban Commercial Crime Court magistrate Dawn Soomaroo ruled against him on Wednesday.

The Public Servants' Association wants the labour department to urgently investigate unhealthy and hazardous conditions at a building occupied by the state attorney in the Johannesburg CBD where staff are greeted by raw sewage. The union said on Wednesday it had, on different occasions in the past year, reported poor working conditions at the North State Building, on Albertina Sisulu Street, to the department of justice. The union said there was a leak of raw sewage in the building. Employees had to park in sewage and walk through it to enter the building. "The entire building reeks of sewage. One union member’s car was covered in raw sewage when yet another pipe burst." In addition, some of the lifts in the building had been damaged when a water pipe burst on the fifth floor in April.

Firefighters rescued residents trapped by floods during heavy rains in southern China. Footage shot in Daxin village, near Zhuhai, on Monday shows firemen using a bucket to transfer a five-month-old baby through the flooded streets. 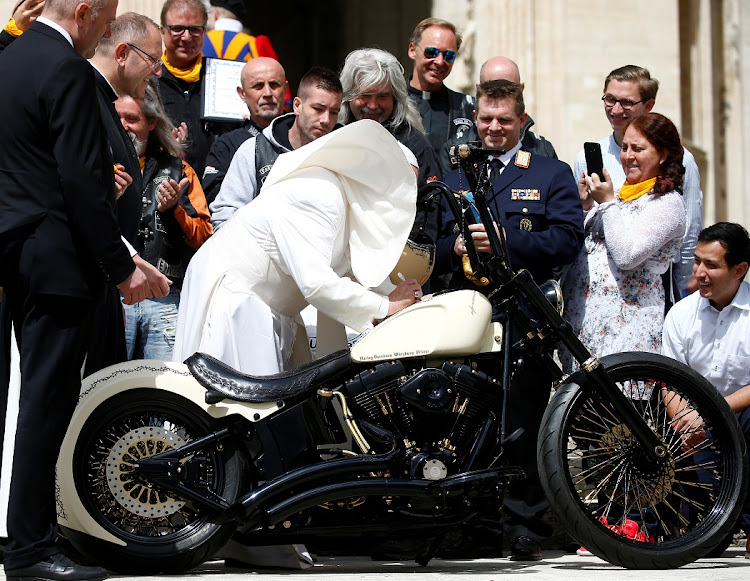 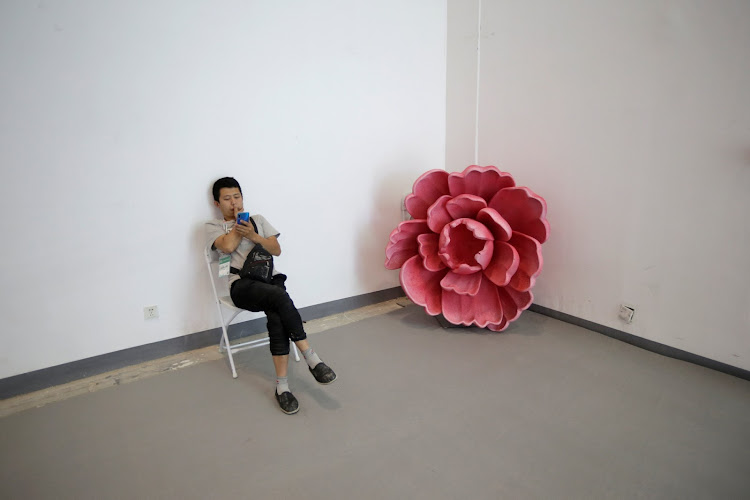 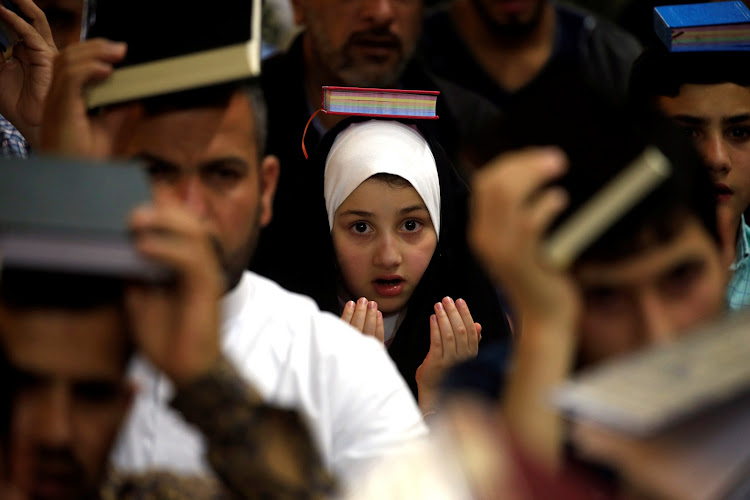 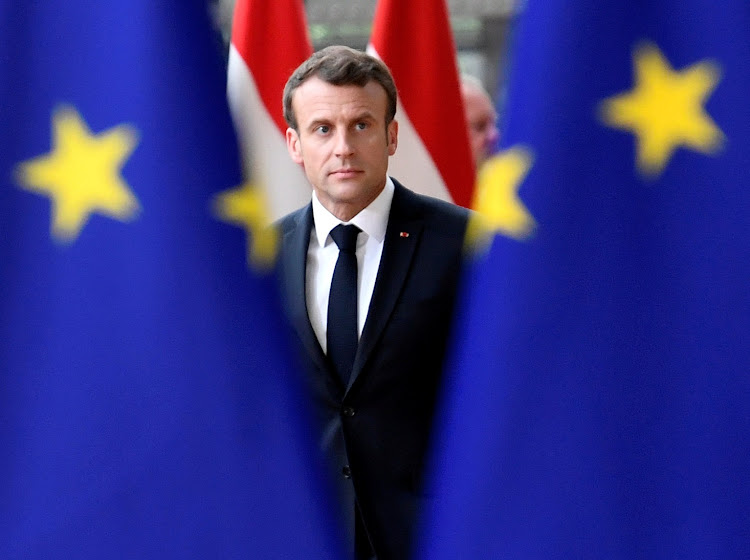 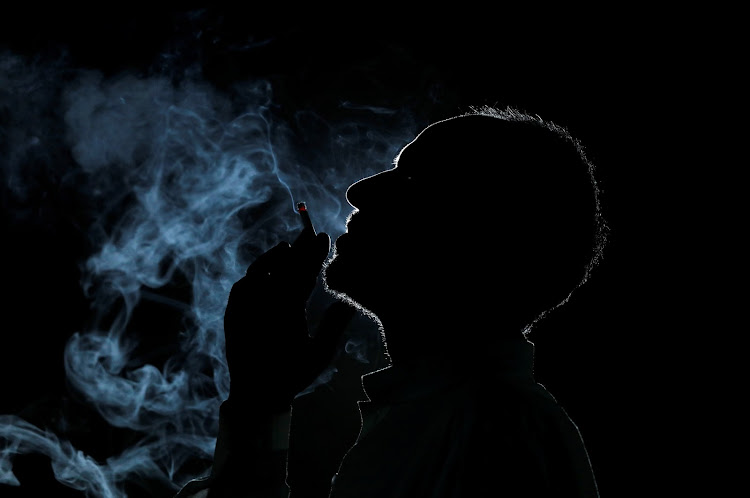 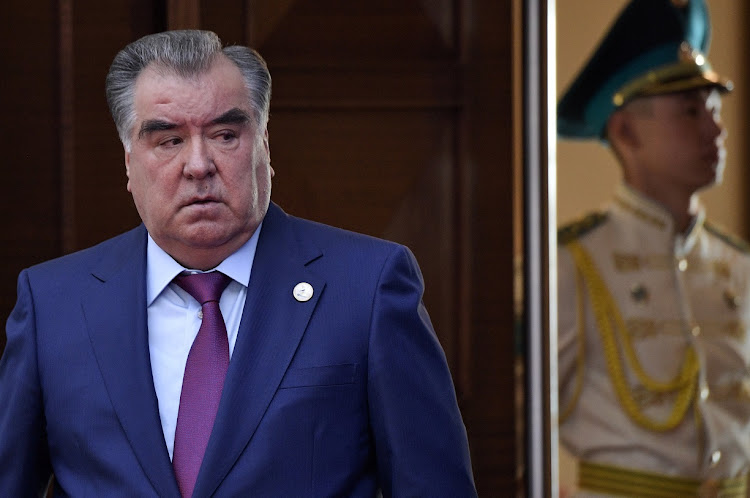 High-seas horror: The fish you eat may have been caught by ‘slaves’

An intense period of supernovae sparked forest fires which got us walking quick smart, a study has found

MacKenzie Bezos to give away her other half of the billions

So why has Jeff Bezos himself not done the same?

RETRIEVING THE MUDDIED TRUTH Fisherman Jose da Cruz catches crabs inside mangrove forests on the Caratingui river in Brazil. He now catches half the number of crabs he did 10 years ago. ‘Nature is upset,’ he says, referring to climate change.
Image: Reuters/Nacho Doce

Holland draws the line with the ‘Filthy Few’

A Dutch court on Wednesday banned the Hells Angels motorcycle gang in the Netherlands, saying it had a track record of violent crime including the killing of rivals, shoot-outs, and drug and weapon offences. Prosecutors had sought the measure in response to hundreds of incidents in the Netherlands. This was believed to be the first time a country had banned the Hells Angels. The gang is regarded by the US government as an international crime syndicate. Judges cited the club’s ‘Filthy Few’ patch which is given to members who commit violent offences, including murder, to wear on their jackets. — Reuters

Much safer to just come here and kill rhinos

Four people accused of poaching threatened Bengal tigers were shot dead by Bangladesh police on Wednesday during a gunfight in a mangrove forest. Rapid Action Battalion (RAB) police challenged armed men on a boat in the Sundarbans, the world’s largest mangrove forest. Only about 106 of the tigers exist. The four men were identified as members of a gang accused of poaching in one of the largest habitats for endangered Bengal tigers and Irrawaddy dolphins. The Sundarbans, much of which is a Unesco world heritage site, is swarming with people accused of murders and abductions as well as poaching. At least 120 people have been killed in clashes with the RAB since 2004. — AFP

Promises to be anything but a painless trial

The father of a US student who died of a drug overdose testified on Wednesday on the second day of trial in a lawsuit by the state of Oklahoma accusing drugmaker Johnson & Johnson of fuelling the US opioid epidemic. The trial is the first to result from more than 2,000 similar lawsuits against opioid manufacturers. The lawsuits seek to hold J&J and other companies responsible for a drug abuse epidemic that led to a record 47,600 opioid-related overdose deaths in 2017. Oklahoma alleges that J&J, along with OxyContin maker Purdue, and Teva carried out deceptive marking campaigns that downplayed the addictive risks of opioid pain treatments while overstating their benefits. — Reuters

At last, a place that makes Zim look good

Venezuela ended 2018 with inflation above 130,000% while its crisis-hit economy shrank by nearly half in the last five years, claimed the central bank — a figure far below international estimates. Millions of people have fled the country as astronomical rises in the cost of consumer goods and broader economic woes have made food and basic supplies unobtainable for average people. The International Monetary Fund predicts inflation of 10,000,000% by the end of the year, a nearly eight-fold spike from the 1,370,000% it estimated for 2018. — AFP

Why don’t we have a good feeling about this?

A next-generation EPR nuclear reactor in China has carried out its first chain reaction, French energy giant EDF announced on Wednesday, becoming the second using the much-delayed European technology to reach the milestone. The two EPR fission reactors at the Taishan nuclear power plant will be the most powerful in the world when fully completed and will be able to supply five million Chinese users. But EDF has faced serious problems rolling out the technology and has managed to sell just a handful of the reactors as construction problems piled up. — AFP

Having trouble waking up in the morning? Not getting enough sleep? The company that brought you Pokemon Go may have a solution: a game ‘played’ by sleeping. Pokemon Company said on Wednesday it would release a new smartphone game called Pokemon Sleep in 2020, ‘turning sleep into entertainment’. The firm created the wildly popular Pokemon Go app, a game that let players walking the real world hunt virtual Pokemon, in 2016. The new game appears to be a new device that can track players’ sleep and send data to their smartphone. — AFP

Bull’s Eye: Alles is kak, so let’s wallow a while

We know the market cycle will turn, eventually, but right now it is hard to see through the funk

Despite the miner looking to dispose of its last two domestic operations, it hasn’t yet given up on SA

Dividends on the back burner as Cartrack guns for growth

There’s a nightmare in your cupboard: do something!

Any time is a good time to de-clutter your wardrobe

At last, Louis Vuitton brings its A-game to ping pong

SPORTS DAY: Remember this guy? He’s back with Bafana

SA captain finds perspective: ‘I’m no longer desperate. I want to win cricket games but I don’t need to win them’

Blasts from the past: Errol Tobias in winning 1981 debut

Today in SA sports history: May 30