There is still some support for him in other strategic places, but that will soon fade for the former Teflon man

Mabuza gets in by a whisker. What about Gordhan?

If we can’t have ethics, let’s at least have miracle and wonder

Some use ‘integrity committee’ without quotation marks, as if it is somehow dedicated to integrity

Court is about to decide whether the elite school needs to give land back, but this man's dream will never be realised

The fix is in for Newtown: Culture alone doesn’t cut it

New neighbourhood cops ain’t no bobbies on the beat

Bold movers or losers? The Cyril and Mmusi conundrum

Germaine Greer has a bitch and Mona about ‘sloppy’ Da Vinci

Eco-anxiety: how to put stress about melting ice caps on freeze

Youngsters are increasingly caving under the chronic fear of environmental doom

THE CATZ COME OUT TO PAY Adam Catzavelos arrives at Randburg Magistrates’ Court on Tuesday over the use of the k-word in a video that went viral last year.
Image: Alon Skuy

The National Council of SPCAs (NSPCA) said on Tuesday it had opened a criminal case against a horse owner, trainer and officials at the National Horseracing Authority of Southern Africa (NHA) over their treatment of a thoroughbred horse. The horse had to be euthanised on the track in January after breaking a leg. But what brought the case to the NSPCA’s attention was the way its tongue had been tied for the race. Tongue-tying entails winding a nylon, rubber or leather strap around a horse’s tongue and lower jaw, supposedly to prevent the horse from putting its tongue over the bit and to avoid respiratory issues. NSPCA executive director Marcelle Meredith said although tongue ties are allowed in SA, this horse had its tongue tied "excessively tight, which just took this type of cruelty to a new level".

Household growth is outpacing population growth in SA. "While the population has increased by 1.3% a year over the period 2002-2018, the number of households increased by 2.4% a year in the same period, a growth of 48.9% over the period," statistician-general Risenga Maluleke wrote in Stats SA's 2018 General Household Survey (GHS). The annual survey, released on Tuesday, has been tracking progress in addressing development challenges since 2002. "Since households are the basic units for service delivery, rapid household growth will constrain the delivery of basic services," added Maluleke.

‘You white people, you make me sick’

A licensing department official has come under fire for his alleged racist rant against a client in Bedfordview, west of Ekurhuleni. The city of Ekurhuleni said on Tuesday an investigation was under way. Gavin Sharples said was at the licensing department on May 20 when he witnessed an official "berating, insulting and humiliating" a young man who was there for his learner's or driver's licence. The official shouted at the young man, telling him he was doing him "a favour" by speaking in English. When Sharples asked the official to please put some love in his heart and show the young man a little respect. the official “turned his racist rant towards me”. As Sharples entered the supervisor's office the official told him, "you white people sometimes, you make me sick. I am talking to you … you white people. I've had a lot of you … white people, you white people, I don't like".

Oyster Box gets interdict against EFF

Durban’s posh Oyster Box Hotel secured an urgent interim interdict against the EFF on Tuesday, after protesters wearing political party T-shirts gathered outside the only entrance to the hotel and harassed guests. They purported to be acting on behalf of disgruntled employees and threatened to escalate the protest if their demands were not met. In an affidavit, deputy general manager Tracey Liebenberg said the protesters had no right to be there as they were not a union, merely a political party, and could not represent any staff members. Hotel management had accepted a memorandum from the protesters to placate them. In it, the EFF demands that the company "end racial discrimination" and investigate "acts of sexual harassment." But EFF provincial chair Vusi Khoza said: "We have no knowledge of an EFF protest. Any fool can wear an EFF T-shirt and purport to be a member of our party.”

Zuma, Mandela in dock over acid mine drainage

Three former directors of Aurora, Khulubuse Zuma, Zondwa Mandela and Thulani Ngubane, made a brief appearance in the Springs Regional Court on Tuesday, where they face five counts related to environmental and water transgressions at the failed Grootvlei mine near Springs. They were charged for transgressing the National Water Act by failing to treat underground water before releasing it into the Blesbokspruit. Blesbokspruit feeds into the Marievale wetland and, ultimately, the Vaal River. The prosecution could not serve summons on another former director, Rajah Alan Shah. It asked for the case to be postponed until July 15 for the accused to be granted access to the docket, for the state to trace Shah and for a decision from the director of public prosecutions in Gauteng on whether the case should proceed only against the three accused. This request was granted.

Adam Catzavelos appeared in the Randburg Magistrate's Court on May 28 2019 on a charge of crimen injuria. 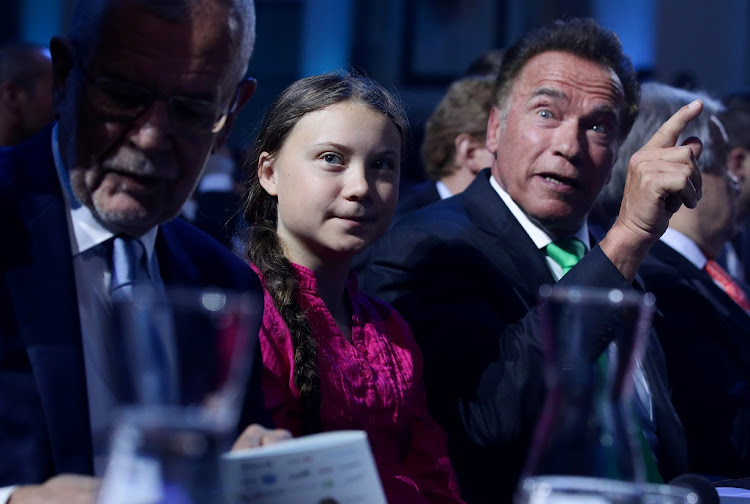 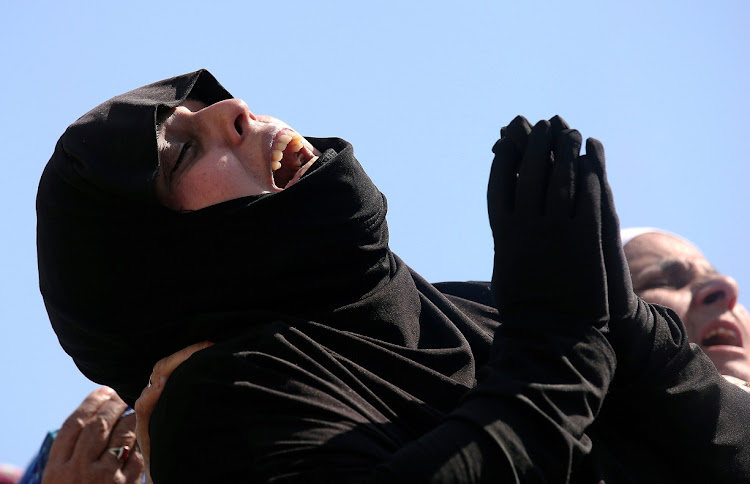 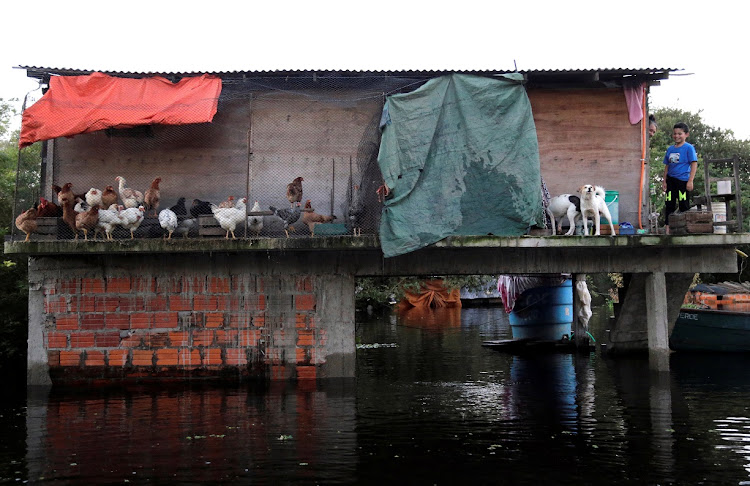 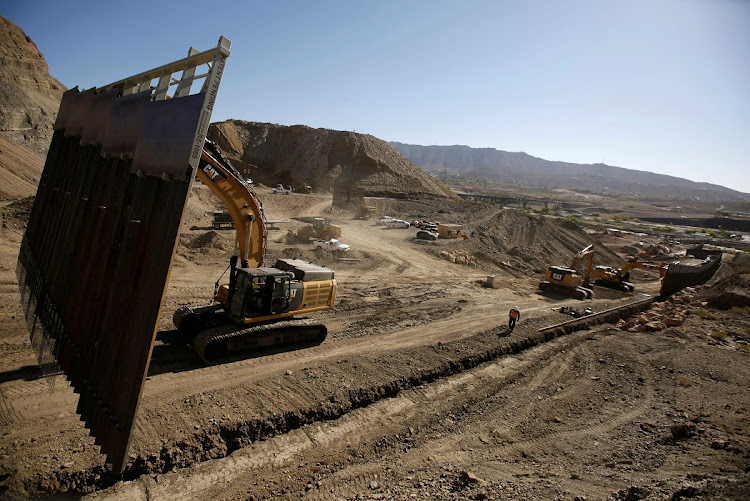 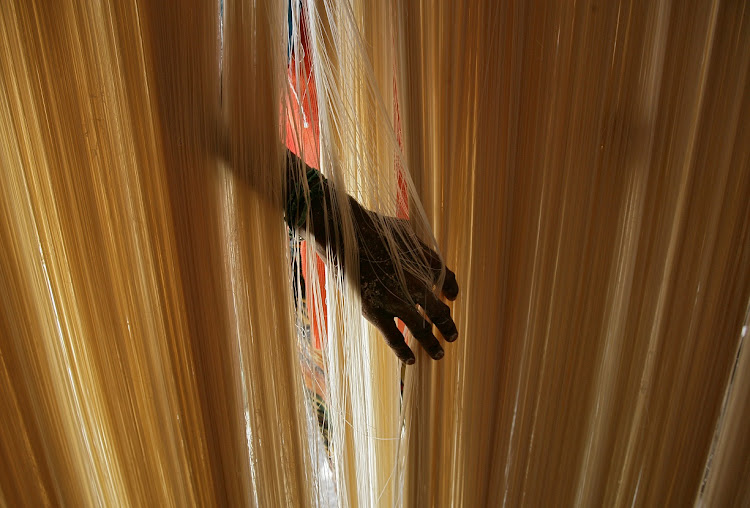 While saying the old law was 'unconstitutional', the ruling said the statute of limitations had passed

Consumers are apparently being misled over the benefits of honeys and syrups, despite their ‘natural’ image

It will source and distribute high-quality, medical-grade cannabis from all over the world to patients across Europe

Human language is a chimp off the old building blocks

A BREAK AT LAST A Muslim man walks after arranging the fast-breaking meals inside a mosque in Mumbai.
Image: Reuters/Francis Mascarenhas

The controversial founder of a major private TV channel in Tunisia says he will run for presidency in November polls. Nabil Karoui, 50, announced his decision in a live interview with his broadcaster Nessma TV. Karoui is looking to take over from outgoing President Beji Caid Essesbi, 92. The media boss has been accused of using Nessma to bolster his ambitions. – AFP

Angela Merkel’s favoured successor has called for checks on YouTubers around elections, stoking further anger rather than quelling it. The comment by Annegret Kramp-Karrenbauer came after her CDU party and its coalition partner suffered in the European election. YouTube stars, leading up to the polls, urged voters to punish the CDU for inadequate action against global warming. – AFP

A Paris court began hearing a case brought by a mother and daughter who are suing the state for damages over ill health caused by air pollution. The pair is asking for 160,000 euros in damages. They argue the authorities did not take effective measures against atmospheric pollution, in particular during the very high December 2016 pollution in Paris. – AFP

Four officers and three soldiers jailed for killing 10 Rohingya Muslim villagers have been freed from a Myanmar jail despite serving less time than two reporters imprisoned for exposing the massacre. Prisons department director-general Myint Soe said the soldiers were ‘no longer in detention’, declining to give any further information. – AFP

Let them party and eat cake in Versailles

Hundreds of guests donned soaring wigs and elaborate 18th-century dress at a ball at the Palace of Versailles, themed around Marie-Antoinette. Some 630 guests paid between 150 and 510 euros to attend, with the most expensive tickets granting access to the whole palace and a private concert in the queen’s room. – Reuters

Finnished with coal, scrambling for biomass

Finland may have to import biomass because, despite being Europe’s most densely forested country, it will be unable to meet an expected 70% rise in demand for the fuel after it phases out coal. Finland approved in February the banning of coal by May 2029. Utilities will have to find alternatives, as coal currently accounts for about 20% of the energy used for household heating. – Reuters

Your daily mood profile can affect performance by up to 20%, as evidenced in the reporting of financial results

ISA Holdings: Here’s an idea, buy a share for its fat divvies

For now, Sibanye-Stillwater has a choke-hold on Amcu

CEO Neal Froneman would not give a jot to the union during gold mine strike, but platinum talks are next

Get to know some scaly characters, or you’ll miss the good guys

Saving the oceans starts with getting educated

To all tents and purposes, you could call this camping

Coffee in Zimbabwe is almost back to its best, by George

Will it be all two much for Arsenal’s killer strike duo?

Forwards hold key to Arsenal hopes in Europa League final, but dodgy defence first has to keep out Hazard

Blasts from the past: Zim’s Johnson makes SA look silly