Gangsters set aside their guns for Eid, but now war resumes

‘When they put weapons down, they actually see it as a chance to decide who they want to go for next’

Malpractice mania: One doc fights back - and wins

Apart from attacks by pupils, educators are now also being set upon by parents and community members

‘Who paid you?’ judge asks investigator who found Ford faultless

Court papers from litigation between Ford and private individuals indicate that Ford paid Exponent about R1.4bn

For example, in a rural school, manure can be used to charge battery backpacks for children to bring home

Ramaphosa's title has to be earned through action, not the pouting rants of his inner circle

Rabbi vs the rabble: Neuberger fights back against antisemitism

The first female rabbi in Britain to run a synagogue takes aim at Jeremy Corbyn, among others, for a rising scourge

Life in the good old today belongs to the pensioners

These days the elderly are comfortable in their own skin, and a self-pitying and over-sensitive society doesn't like it

The National Council of SPCAs (NCSPCA) has expressed jubilation at the sentencing of six people to jail for two-and-a-half years each for their involvement in the underground world of dog fighting. A seventh person was sentenced to one year in jail for watching a dog fight. The NSPCA, assisted by the police, raided an organised dog fight in progress in Atteridgeville, west of Pretoria, in June 2018. The dog fighters had gathered in an isolated area where they thought they were safe from detection. Two dogs were writhing on the grass in a bloody battle while the dog fighters and spectators laughed and shouted. At this moment NSPCA inspectors and the police stormed in. Police arrested seven people and the NSPCA rescued 14 pit-bull fighting dogs.

Doctor vs mayor over ‘relations with my wife’

An Eastern Cape mayor has failed to meet a demand that he pay R2m "for damages suffered" after being accused of having extramarital relations with a married personal assistant. The mayor, having failed to meet a deadline imposed by lawyers acting for the aggrieved husband, could end up in court as the lawyers are now considering issuing summons. The husband, a medical practitioner, instructed his lawyers in March to issue a letter of demand to the mayor "for damages suffered by our client as a result of your wrongful conduct". The man's attorney confirmed to TimesLIVE on Monday that the mayor had failed to concede to their demand for damages within the stipulated timeframe. "We are still in consultation with our counsel in respect of how we are going to proceed with the matter.”

Half a million in Joburg HIV-positive: study

Almost one in five (17%) of South African adults aged between 15 and 49 have HIV – a five percentage point increase from 2000. A total of 5.3 million South Africans under the age of 50 are HIV-positive, according to a study by the University of Washington’s Institute for Health Metrics and Evaluation (IHME), recently published in the journal Nature. IHME tried to break down the number of people living with HIV across 46 African countries to help policymakers focus their efforts on fighting the epidemic. The study found South Africa’s HIV adult prevalence rate was much higher than most other countries.

President Cyril Ramaphosa has signed into law a carbon tax to cut emissions in the continent's worst polluter, the treasury said on Monday, drawing cautious praise from environmentalists. The tax, a rare step for an emerging economy, will be levied from June 1 on greenhouse gases from fuel combustion and industrial processes and emissions. "President Cyril Ramaphosa has communicated the urgent need for action around the climate crisis," WWF said in a statement, describing it as a landmark moment for South Africa.

SA’s gross national happiness index on Saturday, the day Cyril Ramaphosa was inaugurated as president, remained high, unlike on other Saturdays. This is according to wellbeing economists Prof Talita Greyling of the University of Johannesburg and Dr Stephanié Rossouw of Auckland University of Technology in New Zealand. The happiness index was launched in SA on April 30, a week before the May 8 national elections. The index was launched in New Zealand on May 14 and in Australia two days later to monitor sentiment around the elections in those countries. The index is based on sentiment analysis of the daily tweets of South Africans, from which a happiness score is derived.

The KwaZulu-Natal education department will launch a probe into the death of a 15-year-old Phoenix pupil who ended her life after allegedly being bullied at school. A Facebook post with the teen's picture states: "So like so many other people in our community, she ended her own life. She was 15 years old. She succumbed to bullying and shaming ... We honour her at a night vigil as we say #NoToBullying [and] #NoToShaming." "We are very much shocked and saddened by the news," said department spokesperson Muzi Mahlambi. "Our belief is that schools should produce happy graduates, not corpses. It is regrettable that a learner had to take her life due to bullying. We are going to investigate this matter and deal with the perpetrators." The principal of the school has, however, denied that the teenager's death was linked to bullying. 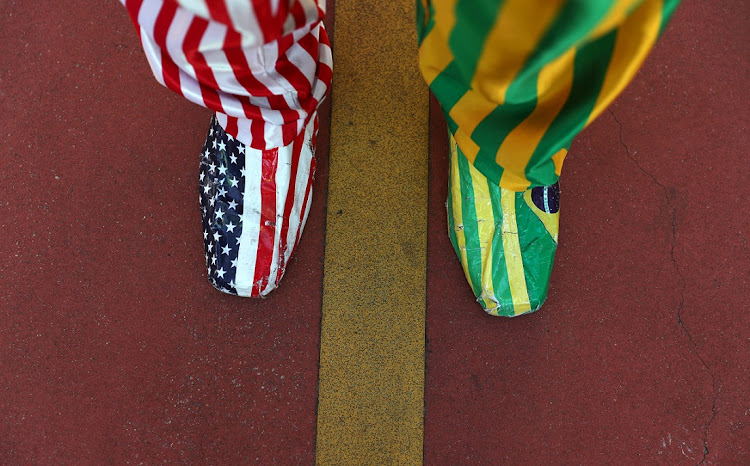 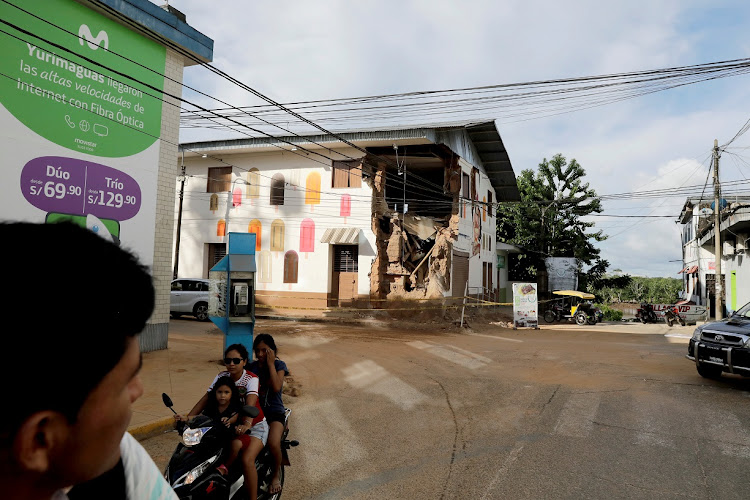 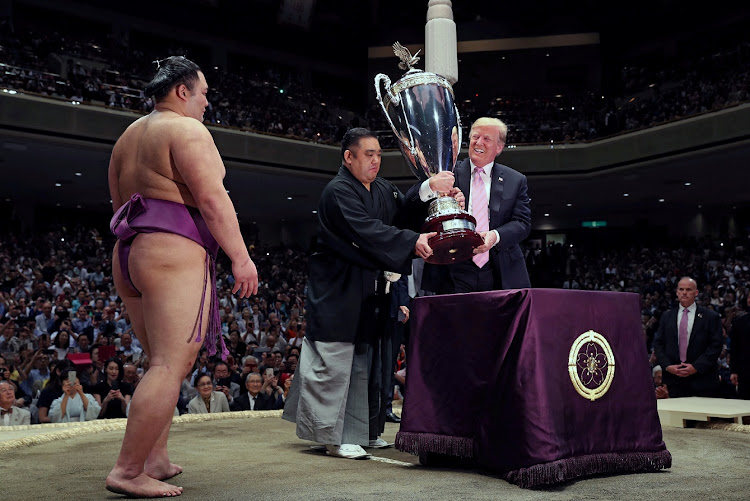 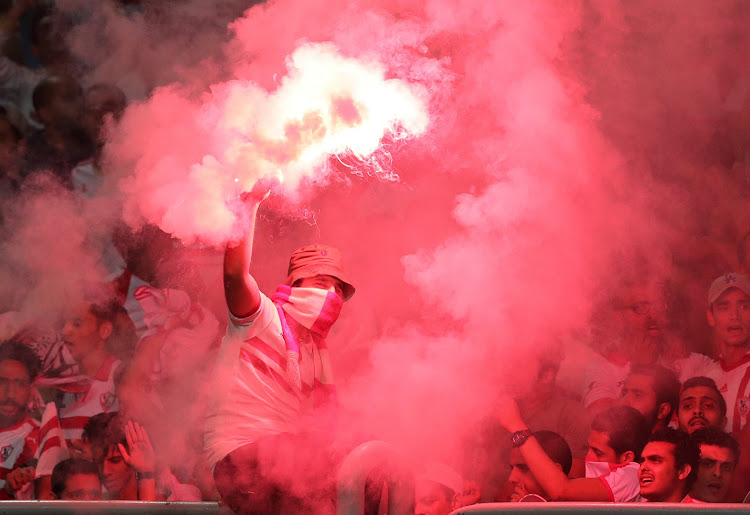 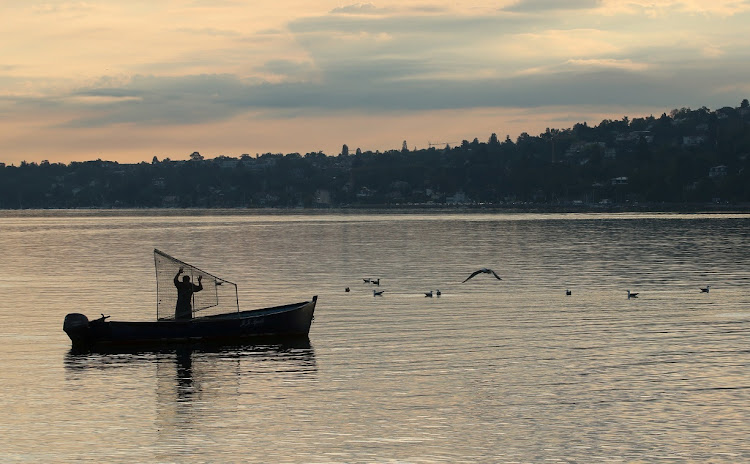 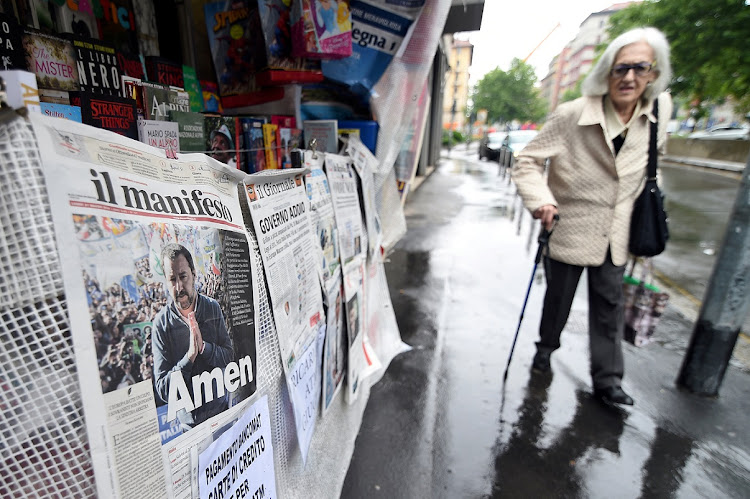 After 30-year-old Tam's death in captivity, the species may go extinct in a matter of decades

Hungry polar bears are on the march, and this town’s in their way

A bear in town is ‘par for the course’, but they've begun invading in larger numbers, thanks to global warming

Amanda Eller recalls her traumatic experience in a Hawaiian forest, fracturing her leg and even sleeping in a boar's den

Right-wingers PiS off the left in polls

Poland's governing right-wing Law and Justice party (PiS) won European elections, near-complete official results showed on Monday, with its leader Jaroslaw Kaczynski urging a wider victory in the autumn general election. The PiS took 45.56% of the vote to win 27 of Poland's 51 seats in the European Parliament compared with 38.30% and 22 seats for the liberal European Coalition, according to official results from 99.31% of polling stations. The progressive Spring party took 6.04% for three seats while the far-right Confederation group failed to cross the 5% threshold required to enter the European parliament. – AFP

Noah's Ark may have survived an epic flood but the owners of a replica wooden ship in Kentucky appear to have been less fortunate. Ark Encounter, a biblical theme park in Williamstown, was lashed by heavy rain in 2017 and 2018, causing damage worth an estimated $1m. The 155m vessel, straight out of the Old Testament, which was built on bedrock, seems to have emerged largely unscathed. However, the torrential rain sparked a landslide which engulfed part of a road used by 2.2 million visitors a year. The company’s insurers refused to pay more than a "very small portion" of the repair claim. In response, the theme park's owners are suing for breach of contract and acting with "oppression, fraud and malice". – © Telegraph Media Group Limited (2019)

German daily Bild published a cut-out-and-use kippa on Monday in a bid to fight rising antisemitism, after Jews were warned about the potential dangers of wearing the traditional skullcap in Germany. Over the weekend, Felix Klein, the German government's commissioner on antisemitism, said he "cannot advise Jews to wear the kippa everywhere all the time in Germany", in an interview given to the Funke regional press group. Israeli President Reuven Rivlin voiced shock at Klein's warning and said it was a "capitulation to antisemitism" and evidence that Jews are unsafe in Germany. Bild, Germany's top-selling daily newspaper, called on readers to "stand in solidarity with (their) Jewish neighbours" by making "their own kippa", bearing the star of David, to "raise the flag against antisemitism". – AFP

Tipp-Ex, once the favourite tool of office workers who had to cover up typing mistakes, has become an analogue-era peril to presidential elections in Malawi. The correction fluid was widely used on tally sheets in last Tuesday's elections, prompting the main opposition to file a lawsuit. A court ruling issued at the weekend blocked the electoral commission from releasing further results until any irregularities are resolved and a third of voting districts are recounted. The head of the Malawi Electoral Commission Jane Ansah admitted that Tipp-Ex, or a similar fluid, had been used on some result sheets at polling stations. "This is worrying because it is widespread, from Chitipa to Nsanje," she said, citing two districts at opposite ends of the southeastern African country. The commission did not supply any correction fluid as part of the election material, she said. – AFP

Not to put too fine a point on it

About 18,000 bottles of bootleg alcohol were crushed by a steamroller in Muslim-majority Indonesia’s capital on Monday as police warned tipplers off booze during the Ramadan fasting month. Nearly 90% of Indonesia’s 260 million people are Muslims who are advised to abstain from eating, drinking, smoking and sex between sunrise and sunset during Ramadan. Police laid out thousands of bottles collected in raids over the past few months in the capital Jakarta and then drove a steamroller over them in a messy annual display. Jakarta governor Anies Baswedan called on residents to avoid circulating illegal liquor. – AFP

Rivers worldwide are polluted with antibiotics that exceed environmental safety thresholds by up to 300 times, according to research unveiled at a conference Monday. Scientists found one or more common antibiotics in two-thirds of 711 samples taken from rivers in 72 countries, they told a meeting of environmental toxicologists in Helsinki. In dozens of locations, concentrations of the drugs - used to fight off bacterial infection in people and livestock - exceeded safety levels set by the AMR Industry Alliance, a grouping of more than 100 biotech and pharmaceutical companies. Ciprofloxacin, a frontline treatment for intestinal and urinary tract infections, surpassed the industry threshold at 51 of the sites tested. At one location in Bangladesh, concentrations of another widely used antibiotic, metronidazole, were 300 times above the limit, the researchers said. - AFP

Prosperity will be found in the intersection of the circles, not in autonomy, not in dominance

Telkom is privately thriving, so loosen up Eskom and SAA

Bookmarks: Orwell that ends well, or perhaps not

Tome much to bear: Why not buy a Bentley book for R3.6m?

The diamond encrusted Centenary Opus is just what your cubbyhole needs

Warhol, Basquiat and the casual birth of the selfie

Cannes you believe no prizes for critical darling Tarantino?

SPORTS DAY: Black Leopards see the back of bitter coach

Team show their human side on a lazy, drizzly Sunday in Bristol, reason to believe SA are in a good place

Blast from the past: Levenson cleans up ’78 French Amateur

Today in SA sports history: May 28