Zuma: What state capture? Show me a shred of evidence

Taking a swipe at the array of inquiries, he bemoans what he calls an effort to paint him as 'a terrible man'

The dying are forgotten as Tembisa hospice faces closure

The Arebaokeng Hospice attends to the sick and dying, and is the only palliative care facility in the sprawling township

Young boffins take the reins of the new ‘future workhorse’

Kenyan students light the way with a battery delivery system

Wheeling and dealing: a most unfortunate sequel

I ran through my midlife crisis in the Sahara desert

Instead of buying a Porsche, I took on the gruelling  Marathon des Sables – and had an epiphany

They wrote it this week: An ageing Woolf and a world at Waugh

SMOKE AND KASHMIRIS A man in a T-shirt with an image of Zakir Musa, the deceased leader of a militant group in Kashmir, in a house damaged during a gun battle between Zakir and Indian security forces.
Image: Reuters/Danish Ismail

A father who was praying when an intruder pointed a firearm at his daughter was shot twice at their home in Maraisburg, west of Johannesburg, on Saturday, paramedics said. In an attempt to fight off the robber, the father was shot, leaving him injured and in hospital, but the daughter was not seriously injured. "The man, believed to be in his early 40s, is in a serious condition after being shot twice," said ER24 spokesperson Ross Campbell. "The man said that he had been praying at the time of the incident and had attempted to subdue the intruder who was allegedly pointing a firearm at his daughter." When paramedics arrived they found the man had been shot in the arm and leg. "Advanced life support interventions were needed to stabilise the patient." Police were not immediately available to provide further details.

Four suspects, three of them women, have been arrested in two separate incidents in the Johannesburg CBD for impersonating police officers. Gauteng police spokesperson Captain Xoli Mbele said the suspects, aged between 27 and 45, were apprehended on Friday morning. “Two female suspects were arrested at the corner of Twist and Plein streets at 11.30am. Police recovered two fake appointment police certificates. The other two were apprehended at the corner of Noord and Wanderers street at 11.45am. They stopped three foreign nationals demanding passports. They told one of the victims his passport has expired and demanded R3,000. Police came to their rescue and apprehended the suspects,” Mbele said. The four will appear in the Johannesburg Magistrate’s Court on Monday.

A car guard who found a diamond ring in the street is not saying finder's keepers and selling it for cash, as his self-respect comes from being a honest man who works for every cent. Pieter Marais, 67, an amputee, said his conscience did not allow him to keep the ring he picked up two months ago in the middle of a road in Evander, a mining town near Secunda in Mpumalanga. With no luck so far, he is widening his search for the rightful owner. "It does not belong to me, I could have sold it or kept it as if it were mine, but I would not be able to sleep or live with myself," he told TimesLIVE. "I just want to keep it safe until I find the owner." The wheelchair-bound Marais works as a car guard alongside two other people in the small town.

Three men accused of being house robbers were beaten to death in a mob justice attack in Ga-Wally village in Mokwakwaila, outside Tzaneen, on Sunday. The trio were hunted down by residents after an unknown man entered an elderly woman's home. She was attacked and screamed for help, after which the residents reacted. "Preliminary police investigations revealed that this brutal attack follows a chain of events that commenced at around midnight when an intruder allegedly got into a house of an elderly woman. The woman reportedly screamed for help and community members of the said village consequently mobilised and hunted down the intruder until they caught three unknown middle-aged men. After accusing them of being responsible for house robberies in the area, the three were then brutally assaulted with an assortment of objects," said police spokesperson Brigadier Motlafela Mojapelo.

A gun-running network dubbed the Rhino Rifle Syndicate is behind a worldwide plot to equip Kruger National Park poachers with high-powered Czech-made rifles. An investigation by the Conflict Awareness Project, an international organisation that investigates arms traffickers, has traced how the syndicate helped elevate small-scale rhino poaching to an industrial level. This is revealed in a shocking report of a four-year investigation headed by Conflict Awareness Project director Kathi Lynn Austin. The report implicates the Mozambican ministry of the interior, and other state authorities there and in SA in rhino poaching.

A prison warden is due to appear in the Worcester Magistrate’s Court on Monday on charges of corruption and defeating the ends of justice. Western Cape police spokesperson Captain FC van Wyk said that members belonging to the Anti-Gang Unit had conducted an intelligence undercover operation on Saturday afternoon after receiving information with regard to a possible corrupt official attached to the Worcester Correctional Service. “The operation was conducted at a fast-food outlet in Worcester. R3,000 in cash as well as 295 grams of tik were taken by the suspect from the SAPS agent , which led to his arrest. The 29-year-old male suspect is a warden at Worcester Correctional Service. He was arrested inside a fast-food outlet and in his possession he had a black backpack,” Van Wyk said. 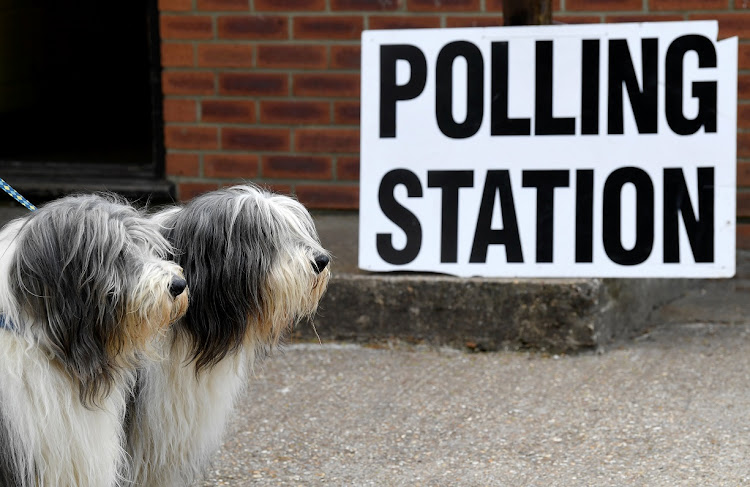 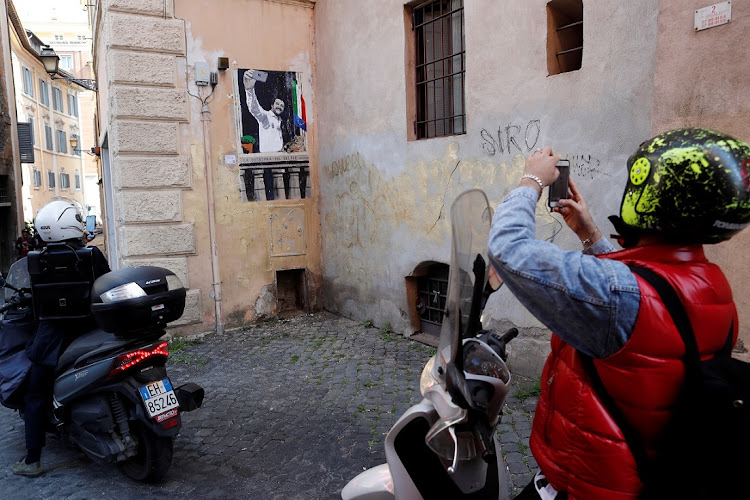 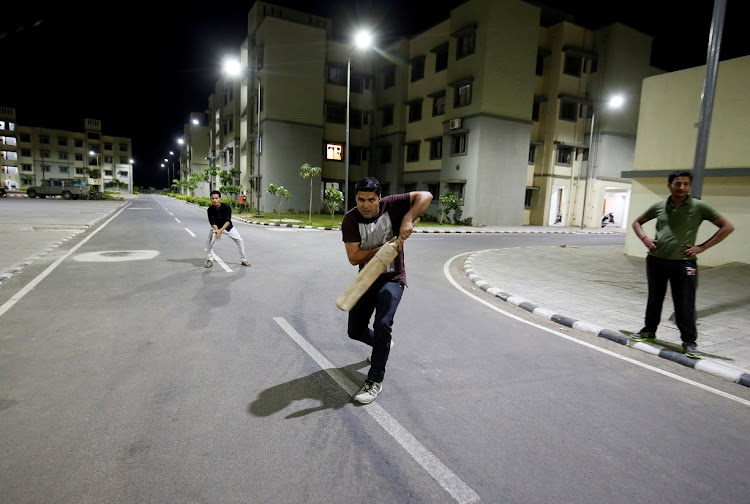 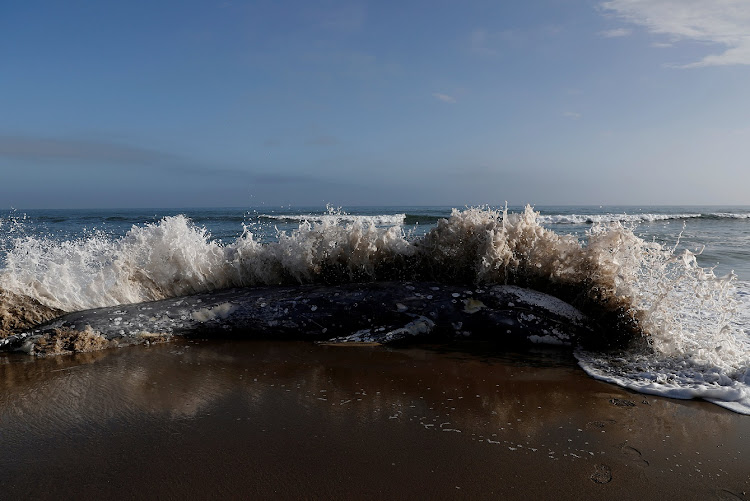 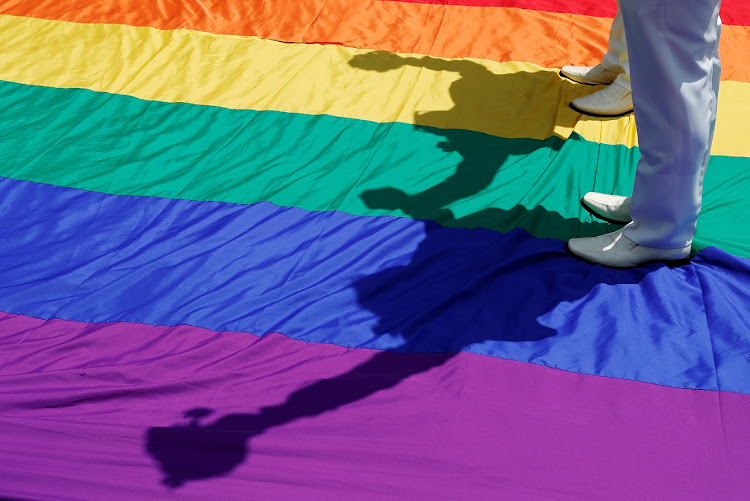 How shy, studious Theresa May became the loneliest prime minister

IT’S POISON, ISN’T IT? I'LL WINK TO THAT German Chancellor Angela Merkel drinks coffee with the German President to celebrate the 70th anniversary of the Constitution in Berlin.
Image: Odd Andersen/AFP

Morrison, Australia's newly re-elected prime minister, took time in his victory speech to thank the people of Queensland for propelling him to an unlikely victory for his centre-Right Liberal Party. But as the final results rolled in this week, handing Morrison his unexpected majority plus an increased mandate, the northeastern state has faced mischievous calls for a "Quexit". In a move that would see Queensland banished from the rest of Australia, Labour voters turned on the region for dumping the Left in favour of the Morrison administration. On social media commentators wrote: "We demand Quexit. Cut them loose!", following outrage that Queenslanders selfishly chose coal mining jobs over action on climate change - a key pledge of the Labour opposition. – © Telegraph Media Group Limited (2019)

Rescuers in Hawaii have found a yoga instructor who went missing for 17 days while hiking in a forest reserve and survived by drinking from streams and eating plants. Amanda Eller, 35, went hiking in Maui's Makawao Forest Reserve on May 8 but became lost when she walked deeper in the reserve, which covers more than 2,000 acres, instead of heading back to her car as she believed. Rescuers in a helicopter hired by her family spotted Eller on Friday afternoon in a ravine by a waterfall, kilometres from her vehicle. "Sure enough, God willing, she was right there," Javier Canetellops, a search co-ordinator who was in the helicopter, said. Eller, who also works as a physical therapist, was malnourished, shoeless, and had a broken leg and torn meniscus in her knee, as well as sunburn and scrapes. She was airlifted to a hospital and expected to make a full recovery. – Reuters

A rare all-white panda has been caught on camera at a nature reserve in southwest China, showing albinism exists among wild pandas in the region, state media reported. The spotless, red-eyed animal was photographed while trekking through the forest mid-April in southwestern Sichuan province, said official news agency Xinhua. The panda is an albino between one to two years old, Li Sheng, a researcher specialising in bears at Peking University, was quoted as saying. The Wolong National Nature Reserve - where the animal was spotted – said it had no further details about the albino panda. More than 80% of the world's wild pandas live in Sichuan, with the rest in Shaanxi and Gansu province. – AFP

It’s pillows at dawn in Japan

The Japanese may be known for their neatness, particularly when it comes to making their bed in the morning, but all social norms went out the window on Saturday during qualifying for the All-Japan Pillow Fighting Championships in Shizuoka Prefecture. In the fishing town of Ito teams gathered from across the region to compete in the event started by a group of high school children in Shizuoka in 2013. It is based on the age-old ritual of pillow fighting when away from the supervision of teachers and parents at a sleepover or on a school trip. The game starts with all five players “sleeping” under duvets on futons before the whistle goes and they leap to their feet and reach for a pillow. A mix between dodgeball and chess, the aim is to protect each team’s “King” from being hit by pillows while trying to hit the opposition’s “King” during two-minute sets. - Reuters

It's the most sensitive day of the year for China's internet, the anniversary of the bloody June 4 crackdown on pro-democracy protests at Tiananmen Square, and with under two weeks to go, China's robot censors are working overtime. Censors at Chinese internet companies say tools to detect and block content related to the 1989 crackdown have reached unprecedented levels of accuracy, aided by machine learning and voice and image recognition. "We sometimes say that the artificial intelligence is a scalpel, and a human is a machete," said one content screening employee at Beijing Bytedance, who asked not to be identified because they are not authorised to speak to the media. Two employees at the firm said censorship of the Tiananmen crackdown, along with other highly sensitive issues including Taiwan and Tibet, is now largely automated. – Reuters

When your boss is wei out of touch

While Huawei's founder brushes aside a US ban against his company, the telecom giant's employees have been less sanguine, confessing fears for their future in online chat rooms. "If you really want to know what's going on with us, you can visit our Xinsheng Community," Huawei CEO Ren Zhengfei told Chinese media, alluding to Huawei's internal forum partially open to viewers outside the company. But a peek into Xinsheng shows his words have not reassured everyone within the Shenzhen-based company. "During difficult times, what should we do as individuals?" posted an employee under the handle Xiao Feng on Thursday. "At home reduce your debts and maintain enough cash," Xiao Feng wrote. "Make a plan for your financial assets and don't be overly optimistic about your remuneration and income." - AFP

Huawei P30 vs Samsung S10+: Take your pic and name a clear winner

The luxury of a cellphone is in its camera ability, no?

Sharon Tate was ruined by the toxic men in her life

Pills are not time capsules, so don’t reuse old meds

Hoarding medication might seem like saving for a rainy day, but there’s a chance that it’ll bring more rainy ones

How to apply good sportsmanship in the office

Why on earth would Bafana want to sit out the Cosafa Cup?

Many supporters feel that playing Mauritius, Lesotho or even Botswana is ‘beneath them’, and of no value

Blasts from the past: Dodgy dealings in 2010 Bafana-land

Today in SA sports history: May 27