Mama Action and Daddy Cool will run the parliamentary show

Out of public view, Nomvula Mokonyane and Ace Magashule can cause serious problems for Cyril Ramaphosa

There’s ‘no way’ there’ll be a fair trial, says Thales

Regime on high alert for Afcon 2019 after bombing

Already it has retaliated swiftly and ruthlessly, and its military and police will be out in full force for the showcase

‘If she lied, she’d have to be Shakespeare’: Preteen nails rapist

Eat prey, love: a peek at penguins in times of plenty

Maybe the witches Zuma fears will cast a spell of justice

When he cries 'witch hunt', it's quite possible he means actual witches - no wonder he feels so badly persecuted

PiS off! These Polish towns want to be ‘LGBT-free’

With poll turnout typically lowest in the ruling party’s rural strongholds, they need to persuade more people to vote

Why Bristol is laughing all the way to the Banksy

When the elusive artist made his home town an urban canvas, he turned it into one of the world capitals of street art

CRABBY FROM THIRST An Indian youth scouts around for mud crabs and snakehead fishes on the parched bed of Chembarambakkam lake outside Chennai.
Image: Arun Sankar/AFP

Baleka Mbete will not to take up her seat in the National Assembly - neither will Malusi Gigaba. Mbete has withdrawn her name from the list of candidates to be sworn in as MPs by Chief Justice Mogoeng Mogoeng on Wednesday. Gigaba, the former home affairs minister, has also declined the opportunity to return to parliament as an MP. “Indeed, Malusi and Ms Mbete have withdrawn from the list,” said ANC national spokesperson Pule Mabe, confirming a rumour that had been doing rounds in parliament since Monday night. Mbete's bowing out brings to a close a 20-year career in parliament, 14 years of which as speaker, the most senior political position in the National Assembly. Gigaba resigned as minister and an MP under a cloud in November 2018. Mbete and Gigaba were not available for comment at the time of publishing.

Some Gauteng schools already oversubscribed for 2020

Despite a rough start on Monday, nearly 300,000 pupils applied online to the Gauteng education department for the 2020 academic year. The online admissions - 289,370 in total - were for grades 1 and 8. According to the department, some schools have already received more applications than the number of pupils they can place. They are Alberton High, Northcliff High, Boksburg High, Hoërskool Akasia, Sir John Adamson High, Rand Park High, Hoërskool President, Mondeor High, Hoërskool Gerrit Maritz; and Pretoria High School for Girls. Gauteng education MEC Panyaza Lesufi said: "The online application system is the future. It provides for a fair and equitable opportunity for parents to apply at public schools. Once more, we apologise unreservedly to parents who were frustrated by the slowness in the first few minutes after the system switch-on." The deadline is midnight, July 22. After this, a month-long placement period will start on August 30.

DA leader Mmusi Maimane said on Monday his party would take action against outgoing Western Cape premier Helen Zille over her controversial "black privilege" tweets. Maimane was responding to questions on the matter following a meeting of the DA's parliamentary caucus in the incoming sixth parliament. Zille created a furore on Twitter last week when she tweeted that some South Africans were enjoying #BlackPrivilege because they were looting state coffers. Maimane said the DA federal executive, which is in charge of the party's day-to-day affairs, was taking Zille to task over her tweets from last week. "The appropriate steps have been taken in this regard. I've certainly engaged on this subject because we don't share the same views on the matter. These discussions on social media are going to stop," he said. Zille has staunchly defended her stance.

Father had son ‘taken out’ to avoid maintenance

Police are on the hunt for suspects who shot and killed two Durban metro police officers and stole their firearms on Monday night. Metro police spokesperson Senior Superintendent Parboo Sewpersad said a male and a female officer, stationed in Verulam and assigned to councillor protection, came under fire shortly before 10pm. “They were stationed outside the councillor’s home in Bhambayi … when suspects fired multiple shots at them.” The officers were then robbed of their firearms. “I can’t speculate on the motive for the killings. The metro police family is in shock and a manhunt is under way for the suspects.” He said the ward 52 councillor, Moses Zulu, was not injured. Zulu said he feared for his life after the shootings. Provincial police spokesperson Lieutenant-Colonel Thulani Zwane confirmed the killings.

A dream holiday has become tragic loss for the family of Labour Court Judge Anton Steenkamp, who died after being bitten by a black mamba in Zambia. "Judge Steenkamp was on long leave and travelling in Zambia when he was bitten by a snake and subsequently died," the SA Society for Labour Law said. He died on Monday. Its national president, Ludwig Frahm-Arp, said: "Judge Steenkamp will be fondly remembered as an excellent judge and labour lawyer who contributed significantly to the development of our labour law jurisprudence. We are all deeply saddened at his death." Tributes to Steenkamp, both personal and professional, are being shared on social media.

Power cuts in Zimbabwe are lasting up to 10 hours daily in some areas and affecting livelihoods and productivity in the country. For the past two decades, the country has struggled to generate adequate electricity and the government says blackouts will be prolonged owing to drought. 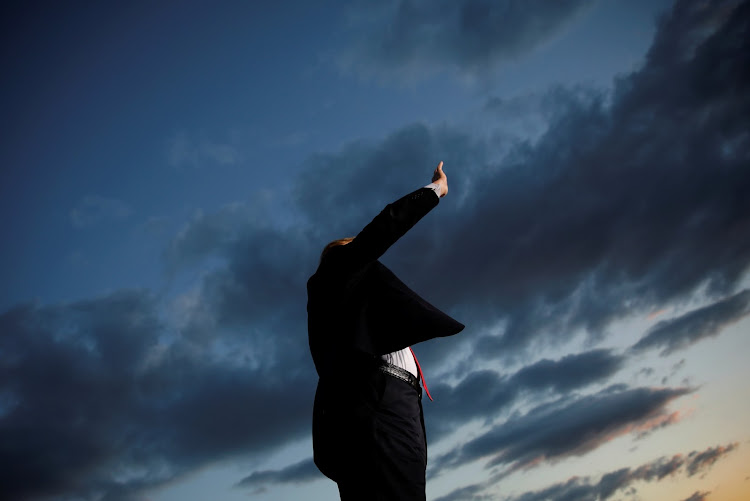 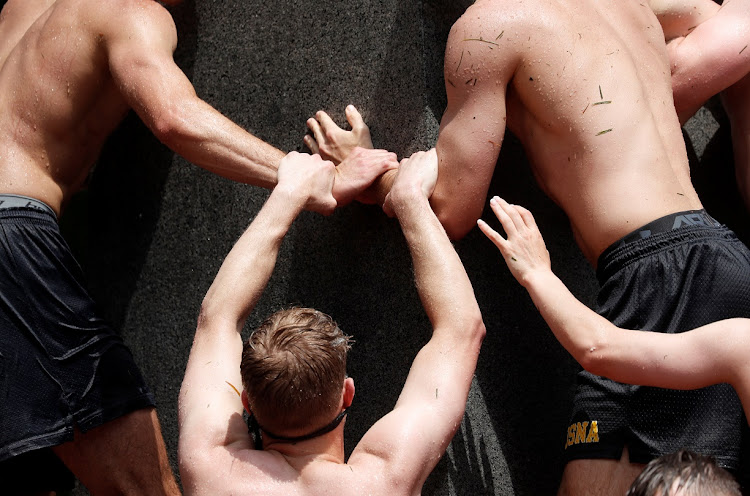 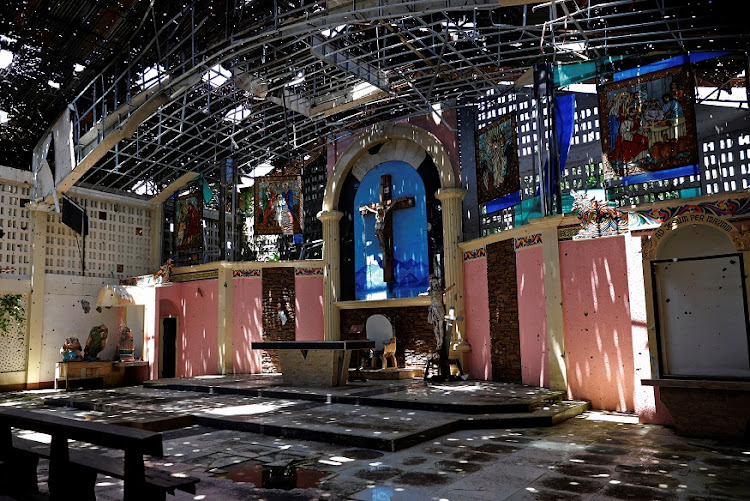 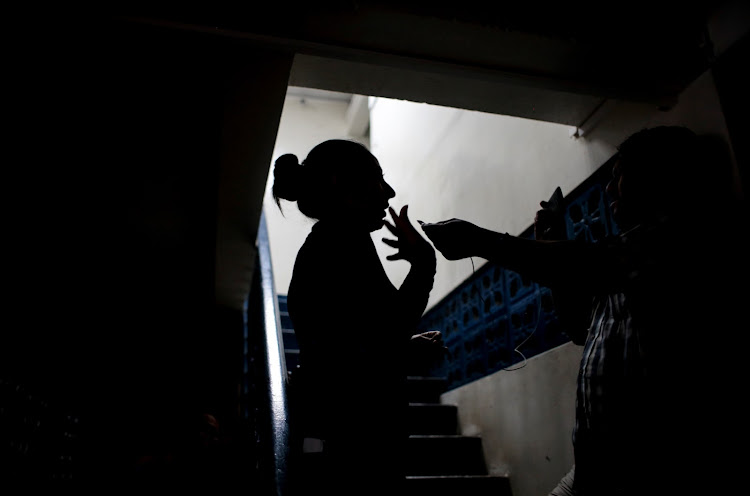 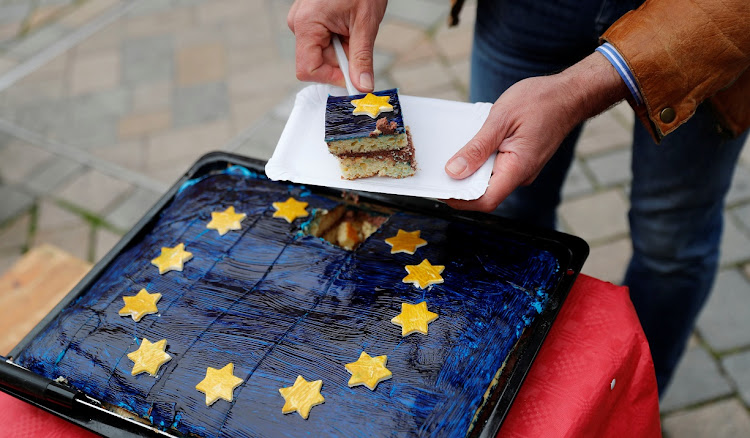 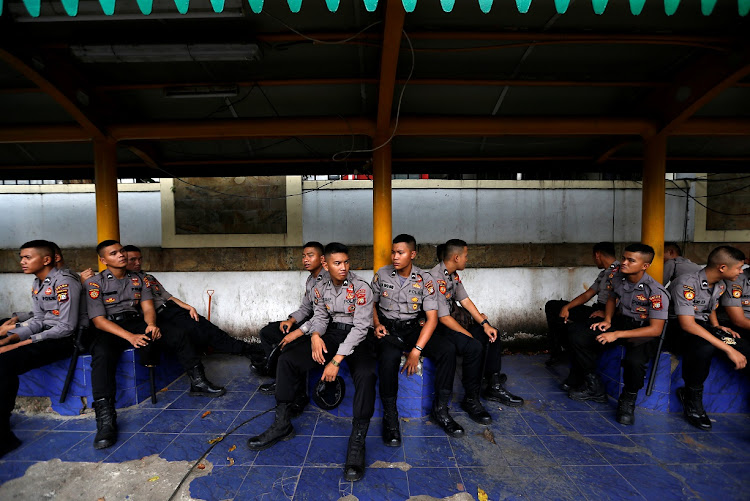 Conservative win sets off a wave of self-harm, including several hospital admissions in Pacific island camps

They make sure their little darlings get the best mate, and even interfere in rivals' attempt to mate, a study has found

Wearing shades indoors? Put that issue to bed for a good snooze

Filmmakers: Don’t give up on ‘lost’ Muslim youths

The Dardenne brothers say their new film is a call to not give up on radicalised youths. ‘Young Ahmed’, premiering at the Cannes festival, tells the story of the young man who falls under the influence of an Islamist hate preacher. Belgium’s ‘answer to the Coen brothers’ said deadly Islamist attacks in recent years drove them to explore the radicalisation of young people. – AFP

Slovenia’s spy agency published its first ever public advert to recruit new agents ‘to strengthen and refreshen’ its intelligence services. ‘We call on those interested in the intelligence and security fields, motivated by challenges and prepared to adjust to the agency’s specific line of work,’ the agency said. One major requirement, however: candidates must be Slovenian citizens. – AFP

You got mail: self-driving trucks are here

The US Postal Service says it will begin its first tests of self-driving trucks to deliver mail between two distribution centres. The two-week project is being launched with TuSimple, which will haul postal trailers between centres in Dallas and Phoenix. TuSimple has been developing AI and computer vision with a stated ‘perception range’ of 1,000m to allow up to 35 seconds of reaction time at highway speeds. – AFP

A French woman whose husband was killed in the Ethiopian crash of a Boeing 737 MAX airliner has filed a US lawsuit against the manufacturer, seeking at least $276m in damages. The complaint alleges Boeing failed to inform pilots properly about the risks posed by software meant to prevent the 737 MAX from stalling. – Reuters

Dozens of suspected slaves have been rescued in a crackdown on illegal drug gangs across Britain that uncovered hundreds of vulnerable children. More than 500 people were arrested. Thousands of children in Britain, some as young as 12, are thought to be used by so-called ‘county lines’ gangs to carry drugs from cities to be sold in rural areas. – Reuters

Lonmin needs $500m just to stay afloat, so why dither?

Money is unlikely to be raised from shareholders or financiers, making the Sibanye takeover imperative

Mining and construction are deep in the sticky stuff, but can’t the company do more to boost returns?

Shares not doing it for you? Try SA’s new crypto exchange

You mayo not want to know what goes into that gloop

Oh woe! That was a dagger in the gut of a once-great series

It killed off its most dangerous villain three episodes from the end, then ‘Game of Thrones’ fell sadly apart

So what’s the Garden Route like? Very, very Knysna indeed

The town isn’t all lentils and hemp, but nor is it linen and chardonnay. It is whatever you want it to be

Doggedness was a hallmark of his life, marked by sport’s most memorable act of courage and defiance

Blast from the past: Bowlers humble England at World Cup

Today in SA sports history: May 22