Trump and Iran: We all need to be Desmond Tutus

The Arch would say we have seen this movie before.  After Syria and Iraq, another US-led disaster looms

Brits patrollie: Taxi drivers on the prowl for addicts

They won't stop until they've found the kingpin, but the addicts say beating them won't stop their addiction

Finding Eric: inside the search for the prehistoric coelacanth

Conflict of interest: Who really gets a rev

Family of cop killed in crash ‘celebrate and weep’

In the post-truth world, fact-checkers of the world unite (in Cape Town)

In a world menaced by fake news and misinformation, this gathering of mythbusters has become vital

Plastics SA says the solution to plastic pollution does not lie in banning bags. Others beg loudly to differ

Detectives who sniff out designer dog nappers in high demand

‘Designer dogs’ are increasingly targeted by thieves in the UK, and this is where I come in

Anne Lister left behind diaries full of symbols. It took five years to decipher them

They wrote it this week: From the pox to an Amazonian farm girl

Arnold Schwarzenegger has no intention of laying charges against a man who kicked him in the back in Johannesburg on Saturday night, the organisers of the event he was attending said. Schwarzenegger, the former California governor, bodybuilder and star of The Terminator movie franchise, was attending the 4th Arnold Classic Africa Multisport Festival, part of a series of multicountry competitions that feature professional and amateur bodybuilding and combat sports. A video showed the man running towards Schwarzenegger and kicking him in the back before being tackled by bodyguards. Wayne Price, organiser of the Arnold Classic Africa, said he believed the incident was carefully planned by the offender, who police knew as having orchestrated similar incidents in the past.

French arms company Thales - currently on trial with former president Jacob Zuma - said on Sunday it believed it "cannot obtain a fair trial". In a statement ahead of a scheduled court appearance starting on Monday to have the charges against it and Zuma permanently dropped, Thales said that the circumstances of the case, which dates back a decade, meant a fair trial could not happen. "Bearing in mind the very long delay of this procedure – through no fault of Thales at all – together with a range of factors beyond its control, Thales believes it cannot obtain a fair trial, as it is entitled to under the SA constitution and international law," the statement said.

Western Cape ANC MPL Cameron Dugmore on Friday laid a charge against the anonymous "@nothelenzille" Twitter account, which he accused of spreading defamatory and scurrilous claims about him. "Among the many malicious and unfounded allegations made by this faceless account, which I had elected to ignore until now, is the highly divisive claim that I was party to a plot to undermine the leadership of President [Cyril] Ramaphosa during the provincial and national government elections campaign," he said. Dugmore said the holder or holders of the Twitter account had, through these claims, unlawfully, intentionally and seriously impaired his dignity in the public domain.

Parliamentarians to report for duty on Monday

Police in Dennilton, outside Groblersdal in Limpopo, have arrested a 19-year-old man for allegedly kidnapping and raping two children, aged 12 and 13. The incidents occurred near the Thambo RDP housing development on Thursday night. Limpopo police spokesperson Colonel Moatshe Ngoepe said that at 7pm on Thursday the suspect met the two victims and lured them to an RDP house in the area and locked them inside. "He then bought them food and started to rape them one by one until one of the victims managed to escape and ran home where she informed her parents about the ordeal. The other victim was left behind with the suspect.” On Friday, the victim's parents and other residents went with the victim to the house and found the suspect still with the other child. The man ran away but they caught him and handed him to the police. He will appear in Dennilton Magistrate's Court on Monday.

Saray Khumalo, the first black African woman to reach the top of Mount Everest, arrived back at base camp on Saturday, two-and-a-half days after summiting the world's highest peak. She had been out of reach between Camp 3 and Camp 2 on Everest due to a flat satellite battery, but messaged a friend on Saturday morning. Arguably, the most dangerous part of the climb is going down. Summits with a Purpose, Khumalo's fundraising arm, said most deaths happen on the descent. Khumalo was not ready to speak to media on Saturday evening and needed to rest, said her spokesperson Jeanette McGill. Two of Khumalo's team members died on the way back from the summit. On Thursday, Seamus Lawless of Ireland fell from an 8,300m high area, called the Balcony. Also on Thursday, Ravi Thakar from India died in his sleep at Camp Four, which sits at an altitude of 7,900m. 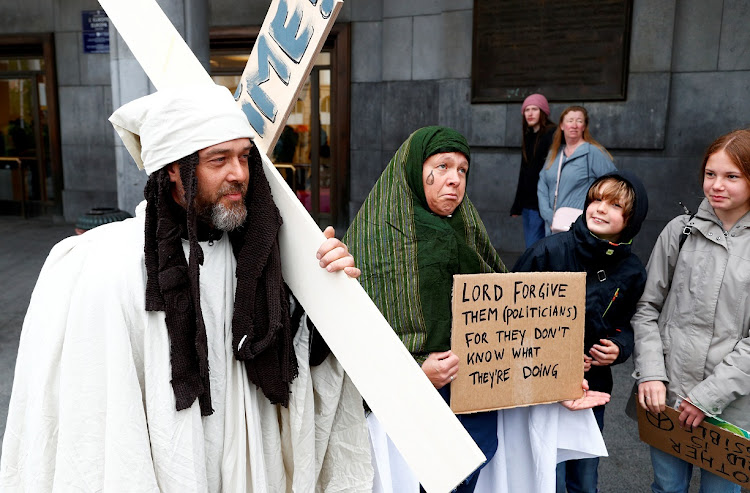 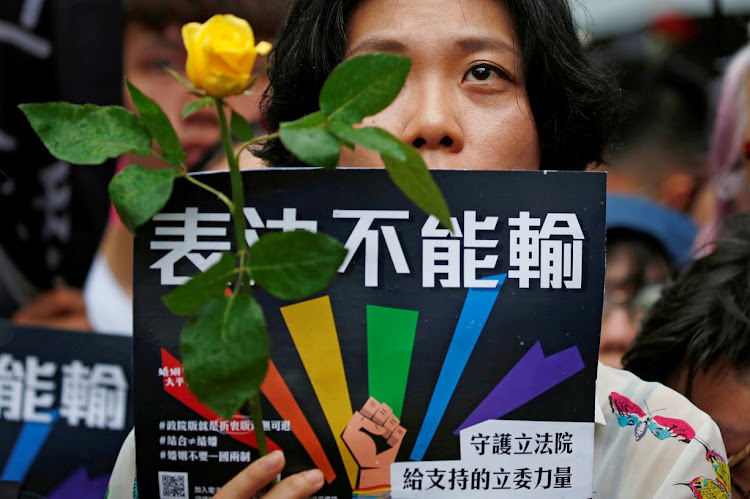 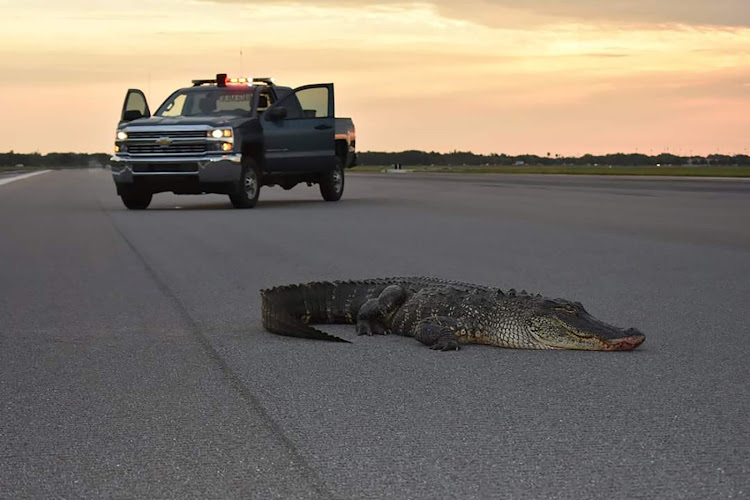 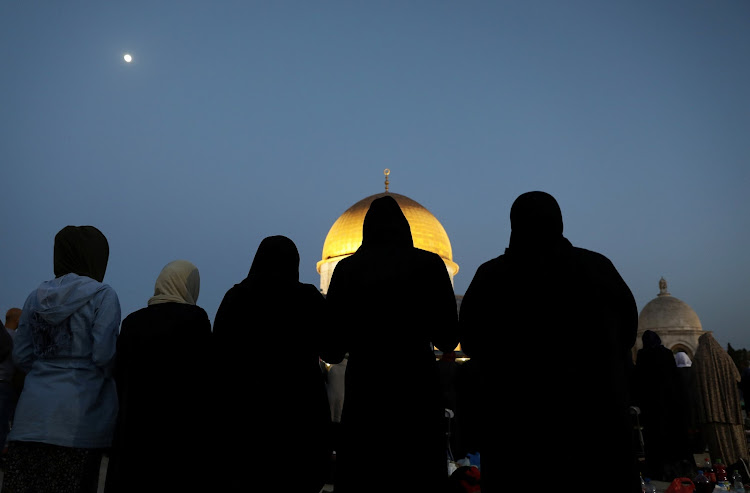 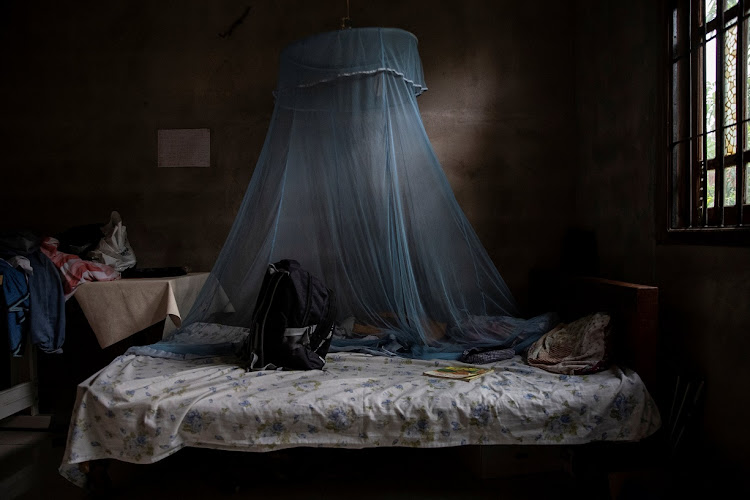 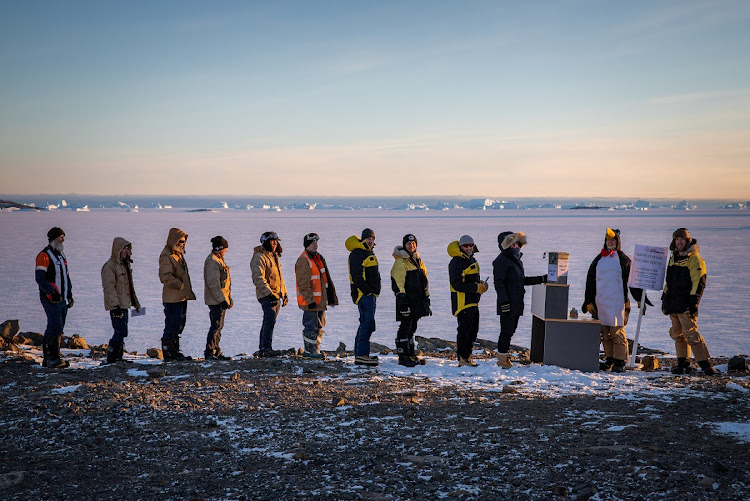 Bottom line: Abortion is too hot to handle for corporate America

Big firms have a big jaw about immigration and racism, but the silence is deafening amid draconian new abortion laws

Weeded out: Consultant posed as journo in Monsanto trial

In reality, she was working for a firm whose clients include the maker of controversial weedkiller Roundup

Addicted? Take this app and call me in the morning

FOSTERED An orphaned baby bear in a village near Sarajevo, Bosnia and Herzegovina.
Image: Reuters/Dado Ruvic

We always knew a mullet is a state of mind

Belgium is all business at the front, in the very serious EU capital Brussels, but it's all party at the back, in the little western town of Boussu. Here, outside an artisanal brewery, hundreds of nostalgics and merry-makers gathered on Saturday to celebrate the mullet, the iconic 1980s hairdo. For some it's a throwback to a simpler time, for others an anti-fashion statement or simply a bit of a laugh - for folklore specialists it celebrates "dewanne", tomfoolery in the Borinage dialect. "This cut is a state of mind, a declaration of independence. It carries symbolic weight as an affirmation of self," organiser Damien Hubert said, explaining how the festival evolved from a music video film shoot. "To be honest, I'm not sure that many people ever found the cut very attractive. We're not kidding ourselves about that," he admitted. Laidback outback Australia has hosted mullet festivals in the past, but organisers think that Boussu's - which they hoped would attract about 1,500 people - is a first in Europe. – AFP

If you really can’t Brexit, snort it

Cocaine use has more than doubled in Britain in seven years, with the purity of the drug hitting a record high, an analysis of waste water has revealed. Scientific tests of the metabolised drug in sewage suggest users in London are taking almost 200,000 doses of the drug every day, worth about £700,000 (R12.8m) daily at current street prices. The analysis by forensic scientists at King's College London shows concentrations in waste water have risen from 392 milligrammes per 1,000 of the population per day in 2011, to 900 milligrammes per 1,000 now. The average dose through snorting a line or smoking is 40 milligrammes, which would mean that the equivalent of more than one in every 50 people in the city’s population of nine million is taking the drug daily. – © Telegraph Media Group Limited (2019)

Addicts to get a pacemaker in the head

The British government should begin brain implant trials on drug addicts to help solve Britain's opioid epidemic, scientists have said. The trials would involve implanting a device to act as a kind of pacemaker, electrically stimulating areas associated with addiction. The technique, DBS (deep brain stimulation), already exists, helping people with Parkinson's disease to help control tremors. But scientists want to explore if it could be used to "switch off" people's addictions to heroin, opioids, alcohol or methamphetamine. The technology could also help treat chronic pain that can trigger overuse of prescription drugs. – © Telegraph Media Group Limited (2019)

It’ll all be OK, the ravens haven’t left

Britain’s political establishment is in chaos over Brexit and Prime Minister Theresa May’s days in office are numbered but the kingdom and the Tower of London appear safe from legendary doom after the birth of four raven chicks at the famous fortress. Legend has it that should the six resident ravens ever leave the almost 1,000-year-old Tower, home to the crown jewels and now a popular tourist attraction, then the castle and the kingdom will fall. It is believed that since the reign of King Charles II in the 17th Century a small group of the birds have been kept there to prevent this from happening and the current group of seven ravens have now been joined by four newcomers, the Tower said. - Reuters

DNA test is a king-size test of character

Belgian ex-king faces paternity fines A Belgian court has ordered the country’s former king to pay €5,000 (R80,600) a day until he takes a DNA paternity test to resolve a long-running case brought by a woman who says she is his daughter. A judicial source said the 84-year-old King Albert II must pay the sum to Belgian artist Delphine Boel, 50, for every day he now fails to heed a court order made in 2018 to provide a sample. Albert, who abdicated six years ago in favour of his son Philippe, is challenging the ruling that he submit to testing. -Reuters

Pope Francis has urged journalists to desist from publishing fake news, saying it could cause harm, and instead “take time to understand” issues before reporting on them. Receiving foreign journalists in the Vatican, the pontiff also urged journalists to remain “humble”, saying humility “prevents the rotten flow of disinformation and offers the good bread of truth.” Francis said humility was of great importance because it implied consciousness “that through an article, a tweet, a live broadcast either televised or on radio can do good, but also if one is not attentive and scrupulous, harm”. He also said journalists must be very careful of their choice of words in an era of “hostile language” proliferating everywhere, especially on social media. - AFP

Aspen: Not quite debt and buried after R10bn asset sale

Shares rise after sale of nutritionals business gets nod, providing some balm to investors worried about debt

Hulamin foiled by low demand and high costs (and Eskom)

The bland myth around salt is too much to take in

Surprise! Contrary to popular belief, sodium chloride is not bad for you

Throw fair trade into your next coffee, brew

Launch these nifty apps to start running at your best

SPORTS DAY: Frank and Ernst discussions due at Chiefs HQ

If it goes on like this, no Boks at all will stick around in SA

Until recently the steady stream of players north, but also to Japan, was concerning but not a crisis

Blasts from the past: Hekkie cracks three titles in one klap

Today in SA sports history: May 20