Our government is determined to be seen as modern, but really should focus on teaching our kids how to read

‘We’ll be dancing in heaven one day’: murdered farmer’s daughter

Little lost ellie gets a jumbo second shot at life

Rugby lads may have lost every game, but they won hearts in Monaco

Employers can milk breastfeeding for their own benefit, says expert

It boosts loyalty among women staff, so companies should rethink their stance, says an expert from UCT

Hoodoo you call to break a losing streak? The pope, of course

Extreme or unusual methods have been used to lift curses in sport. One team even called the pontiff for help

A twirl back to ballet star Margot’s Fonteyn of youth

To mark the centenary of the idol’s birth, a former director of the Royal Ballet from SA remembers a star like no other

NOT ALL IT’S CRACKED OUT TO BE Muslim men stand around after a mob attack in a mosque in a nearby village in Sri Lanka.
Image: Reuters/Dinuka Liyanawatte

Duduzane Zuma said on Wednesday he sympathised with the families of the two people who died when his Porsche collided with a minibus taxi in 2014. "It's a traumatic experience for everybody. I was fortunate to walk away with my life. I take responsibility for what happened. I do sympathise with people who were affected," Zuma said in the Randburg Magistrate's Court. He has pleaded not guilty to culpable homicide. Taxi passengers Phumzile Dube and Jeanette Mashaba died after Zuma’s car crashed into their vehicle on the M1 South near the Grayston turnoff in Johannesburg. Presenting his defence, Zuma told the court he did not know he had collided with another vehicle after he lost control of his car. He said his car spun after he hit a puddle and came to a dead stop. The case resumes on Thursday.

Radio staff at the SABC were evacuated from their building in Johannesburg. The SABC on Wednesday confirmed there was a diesel spill at its Radio Park building. "There was a power outage earlier this morning which resulted in the SABC's internal systems switching from City Power to the back-up generator. Due to the failure of the equipment this led to the diesel tank overflowing," said SABC spokesperson Vuyo Mthembu. "The health and safety of SABC employees is of paramount importance and, as a precautionary measure, all our employees from the Radio Park building have been safely evacuated." No injuries were reported.

The theft of cellphones has taken a new turn: Johannesburg police are now investigating the use of religion to con gullible victims. Captain Xoli Mbele said on Wednesday several cases of theft by false pretence were under investigation. "The latest incident is where a victim was robbed of his cellphone by a false prophet who uses the name of God for his selfish gains," said Mbele. "The suspect told the victim that his cellphone has demonic power; he told him to leave it with him to pray for it and sent him to buy something from a shop. When he came back the suspect was no longer there with his cellphone." Mbele cautioned the public not to fall for cons.

The 30-year-old businessman accused of the brutal murder of Durban escort Siam Lee hobbled on crutches into the dock when he appeared in the Durban High Court on Wednesday. The matter was initially due to be heard on Thursday, but was brought forward. The man, who cannot be named because he is also facing a separate rape charge, stood in dock A for barely five minutes before Judge Shyam Gyanda postponed the matter. Prosecutor Cheryl Naidu told the court the matter had been set down for a pre-trial hearing but the defence was not ready to proceed for various reasons she did not provide. Gyanda told the accused his bail was extended and adjourned the matter to July 29 for the pre-trial hearing.

Two former Fidelity security guards have been sentenced to nine years in prison for stealing about R2.9m. Tinyiko Thomas Maluleke, 41, and Rofhiwa Emmanuel Luvhimbi, 31, were sentenced in the Makhado Magistrate's Court on Monday, Limpopo Hawks spokesperson Captain Matimba Maluleke said on Wednesday. The pair stole the money between December 2018 and January 2019. "The pair had collected money from various places but instead of making deposits they took the money for themselves," Maluleke said. "The theft was reported by the pair's manager after Maluleke and Luvhimbi failed to account for the missing money." Maluleke said almost R2.7m was recovered when they were arrested. The money was buried in their yards in ice cream containers and refuse bags.

Lights back on for Maritzburg protesters

Electricity and utility services have been restored at a Pietermaritzburg hostel on Wednesday following violent protests the night before. Msunduzi municipal spokesperson Thobeka Mafambatha said protesting hostel dwellers met the mayor earlier in the day. "Their representatives and representatives from the human settlements department met the mayor and the issue was resolved. Their electricity and services have been restored," she said. During a rampage through the capital city's centre late on Tuesday night, protesters demanded to address mayor Themba Njilo after their electricity was disconnected due to non-payment. "They protested in the city centre last night and in Imbali. In the city centre there was no damage reported. However, in Imbali they were trying to damage the roads - but those people ended up being arrested," said Mafumbatha. They had dispersed by Wednesday morning.

Duduzane Zuma took to the stand at the Randburg Magistrate’s Court on Wednesday May 15 2019, facing a charge of culpable homicide relating to a 2014 road accident in which one person died. 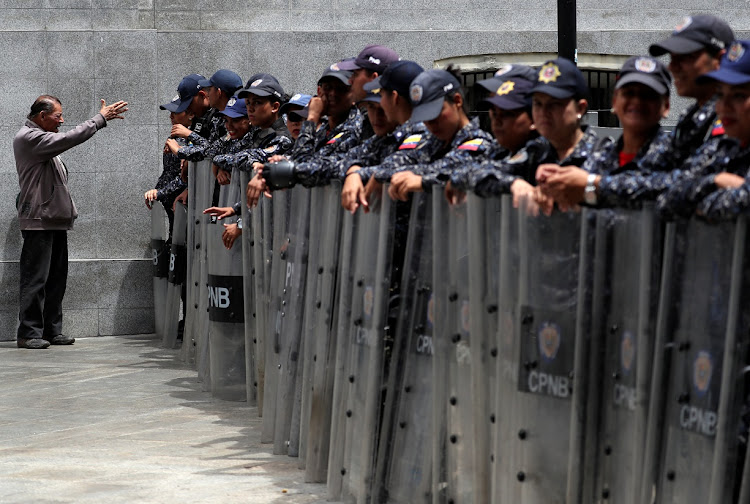 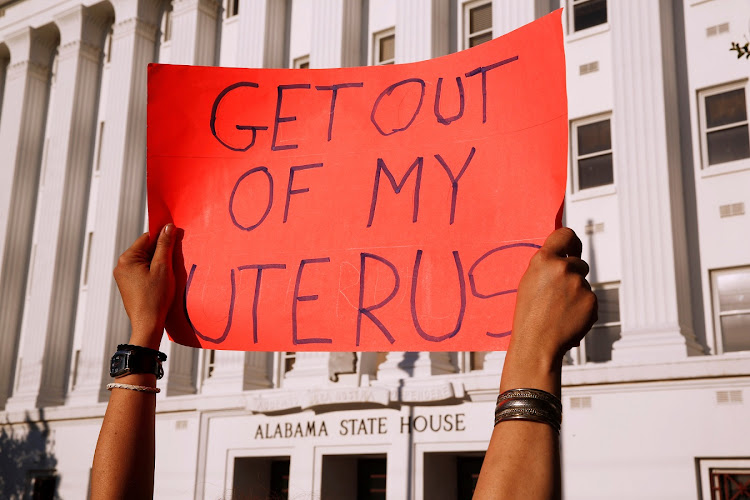 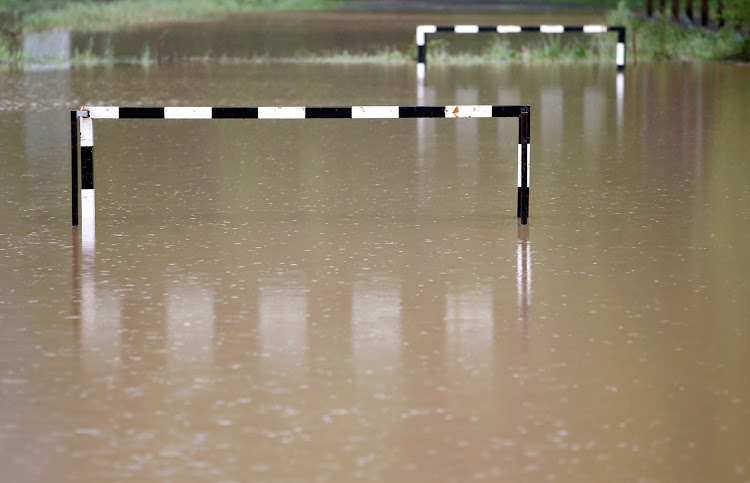 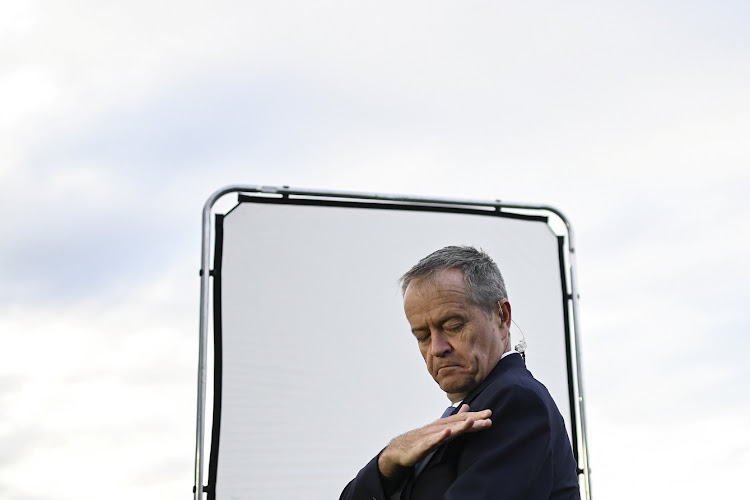 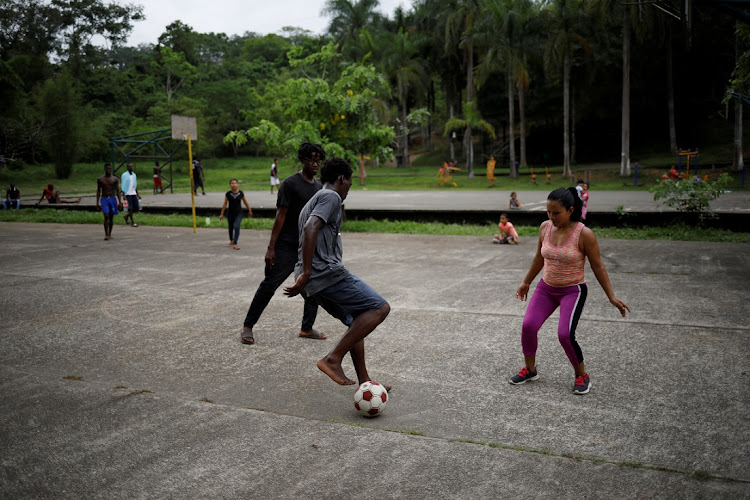 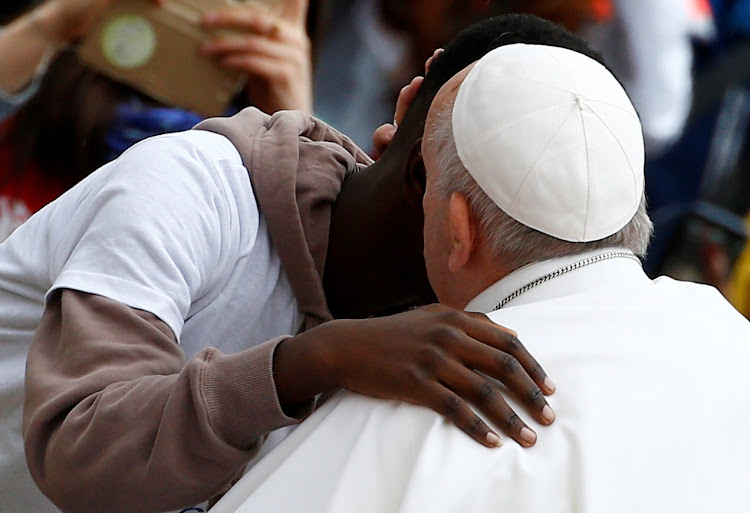 Teen kills herself after Instagrammers vote ‘death’ in poll

ESCAPE FROM THE CLUTCHES Donald Trump talks to reporters before he departs for Louisiana from the White House.
Image: Reuters/Carlos Barria

‘Great Firewall’ of China burns on

Beijing has broadened its block of online encyclopedia Wikipedia to include all language editions ahead of the country’s most politically explosive anniversary. Previously, most editions of Wikipedia — besides the Chinese language version, blocked in 2015 — were available. China’s online censorship apparatus — dubbed the ‘Great Firewall’ — blocks a large number of foreign sites such as Google, Facebook and The New York Times. In November, China’s cyberspace authority said it had ‘cleaned up’ 9,800 accounts on messaging app WeChat and the Twitter-like Weibo that it accused of spreading ‘politically harmful’ information and rumours. — AFP

Dodgy or not, if it’s cheap we’ll fly on it

US air passengers still consider ticket prices the most important factor when choosing a flight, suggesting two fatal crashes of Boeing Co 737 MAX jets have had little effect on consumer sentiment. In the public opinion poll released on May 15, only about half of US adults say they are familiar with the aeroplane crashes in Indonesia and Ethiopia that together killed 346 people, and only 43% could identify the Boeing 737 MAX as the aircraft involved. Only 3% said that aircraft maker or model number was most important to them when buying a plane ticket. In contrast, 57% said ticket price was most important. — Reuters

If you’re a baddie, they won’t spot you in Frisco

San Francisco has banned the use of facial recognition by police and government agencies, the first US city to take such a step as privacy fears mount. Backers of the legislation argued that using software and cameras to positively identify people endangered civil rights and civil liberties. Facial recognition could ‘exacerbate racial injustice and threaten our ability to live free of continuous government monitoring,’ they said. The ban did not include airports or other federally regulated facilities. — AFP

WhatsApp clones and software tools that cost as little as R200 are helping Indian digital marketers and political activists bypass anti-spam restrictions set up by the world’s most popular messaging app. After false messages on WhatsApp last year sparked mob lynchings in India, Facebook restricted forwarding of a message to only five users. The software tools appear to overcome those restrictions, allowing users to reach up to 100,000 people at once. For Indian politicians, WhatsApp, Facebook and Twitter are key campaigning tools to target the country’s near 900 million voters. — Reuters

Just what Americans wanted — a McVisa

Lost and hungry for help? US citizens who find themselves in distress in Austria can now seek support at an unusual address — McDonald’s. Under a new partnership, outlets of the US fast food chain throughout Austria will help US citizens from Wednesday to get in touch with their embassy. Consular services include reporting a lost or stolen passport or seeking travel assistance. Facebook users commenting on the post wasted no time in coining terms such as ‘McVisa’ and ‘McPassport’. — AFP

The man killed in Germany’s crossbow murder-suicide pact is thought to have led a cultish group devoted to medieval folklore and treated the women around him like slaves. Germany has been baffled by the bizarre case since the man and two women killed with crossbows were found on Saturday in a hotel in Passau, followed by Monday’s discovery of two more dead women in the town of Wittingen. Torsten W, 53, appeared to have controlled the four women like a harsh sect leader who used physical force and psychological manipulation. Investigators suspect they were all members of a kind of sex circle with a focus on the Middle Ages. Police were treating the case as a ‘requested killing and suicide’. — AFP

Set your clock: Later in 2019 another huge plant will close

Investec Property Fund may be missing out in Australia

Trust says Europe offers the most attractive returns on capital, but investments in Oz have been outstanding

Fear and clothing: Wellness or simply not well in the head?

Glow for it, girl: Expert tips on how to bring your skin alive

Grace under no pressure at all: Lessons from the truly stylish

Grace Kelly’s effortless style is more relevant than ever

World Cup: The yearning is burning, the ache isn’t fake

There’s one way, and only one way, to draw the sting of 1999 in Edgbaston: win the damn tournament already

Blasts from the past: 13-year record cracked by Jobodwana

Today in SA sports history: May 16