Can the opposition get behind someone to go against Cyril to overpower a diminished ANC, or does everyone play nicely?

Raising the baa: backlash over gay farmer ‘not as bad as expected’

The first gay contestant on 'Boer Soek ‘n Vrou' elicited predictably negative comments, but they are not in the majority

A pig’s head and stolen rings: a meticulous murder

Meanwhile, his legal team argues the case against him has been irreversibly compromised by the state

Mamelodi preschoolers traumatised by attack on US students

Mothers of innovation: the miracle of midwives and medicine

Motherhood has changed for the better over the past 25 years - but the picture isn't entirely rosy, says UN

Ramaphosa, Eisenhower ace the same hole – up to a point

President Ike also had the same winning smile and popularity, but there is a huge difference between them

Must be nice: ANC punishes Rasool with a promotion

Bittersweet heart: the conquests and calamities of Doris Day

MELT MY WORDS TO MARK THE END Greenpeace stages a protest at the Brandenburg Gate near the venue of the Petersberg Climate Dialogue.
Image: Reuters/Fabrizio Bensch

people were injured when an Eastern Cape police station commander allegedly fired shots while attending to a row between two motorists over a parking bay at Qumbu mall. The incident occurred on Friday. The injured bystanders and Qumbu shopping centre management have reportedly accused the police of firing live ammunition. Samkelo Mananga, who was hit by a bullet in the chest, said a woman and a man were arguing over a parking space. "She then phoned the police. On arrival, the station commander asked no questions. He just started shooting," Mananga alleged. Other people were hit in the leg, abdomen and chin. The station commander, contacted on Monday, said: "All I can say is that police attended to a complaint, the suspects attacked the police and the police defended themselves." Provincial police spokesperson Captain Khaya Tonjeni referred all queries to the Independent Police Investigative Directorate.

Following the security scare concerning easy break-ins on its Ecosport and Figo models, Ford SA has found that some Focus derivatives are also susceptible to door tampering thefts. "We have been testing various models to understand potential security vulnerabilities around the key lock barrel," said a spokesperson. "Through this process we have discovered … certain Focus Ambiente and Trend models [built from September 2015 to date] could be targets of opportunistic thieves.” This stems from the many recent complaints that went viral as owners of the Ford fell victim to criminals, which exposed a weakness in the security systems that made it relatively easy for items to be stolen while parked. "The criminals appear to gain access to the vehicles by forcing the driver door lock to the open position," said Ford. An upgrade, which costs R155.25 and takes 30 minutes, has been offered.

Alleged IS loyalists told to tone down affection

Alleged Islamic State loyalists Aslam Del Vecchio, 39, and his wife Fatima Patel, 28, were asked to respect the court as they shared moments of affection and banter during their appearance on Tuesday. The pair, who appeared with co-accused Ahmad Jackson Mussa, 35, were warned by their legal aid attorney to stop their display of affection as it might be perceived as disrespectful to the court and magistrate Irfan Khalil. During their appearance at the Verulam Magistrate's Court, prosecutor Torie Pretorius handed over a provisional indictment to the magistrate. He said the national director of public prosecutions needed to go over it and authorise prosecution because of the nature of the charges. The provisional indictment details how the trio were allegedly involved in the kidnapping and murder of Cape Town-based British botanists Rodney and Rachel Saunders. They will be back in court on August 19.

Two former SA Revenue Service (Sars) customs auditors will spend three years in jail for attempting to solicit a bribe from a prominent KwaZulu-Natal businessman "to make his tax problems disappear". Pranesh Maharaj and Reuben Moodley were caught red-handed with cash bribes of R100,000 in brown envelopes during a police operation in March 2018. The pair, who both resigned from Sars during a disciplinary hearing the same year, were sentenced in the Durban Regional Court last Thursday. The court also sentenced them to an additional two years’ imprisonment, conditionally suspended for five years. Sars commissioner Edward Kieswetter welcomed the sentencing.

Three men were shot dead and two others injured during an apparent quarrel as they tried to grind open a safe at an Eastern Cape house. Police from Kwanobuhle in the Uitenhage cluster area have launched a manhunt for the shooters, who fled after the incident on Monday night. "It is alleged that a group of males was busy grinding open a safe at a residence in Tiya Street, Kwanobuhle," said police spokesperson Captain Gerda Swart. "Police believe that dissatisfaction among the men led to the fatal shooting incident in which three males … were shot dead at the scene and two others wounded.” Detectives are investigating three counts of murder and two of attempted murder. Police vowed to "hunt these suspects down to account for their callous action".

A man believed to have been involved in a string of murders in KwaZulu-Nataland at a Soweto hostel was arrested after a shootout with police on Monday. According to the police, the man is facing at least 13 charges - five for murder, as well as for attempted murder and possession of an unlicensed firearm. The crimes are alleged to have been committed in Meadowlands, Msinga and Osizweni, among others. Police spokesperson Captain Kay Makhubele said officers received a tip-off and went to the Caltex petrol station on the corner of Ndlovu and Phela roads in Orlando West. When the man saw the police he reportedly ran towards Dube hostel. A shootout ensued, according to Makhubele. "During the shootout a bystander was injured on the leg. Police shot back and hit the suspect in the buttocks," he said. The murder suspect was taken to hospital under police guard. The bystander was also taken to hospital. 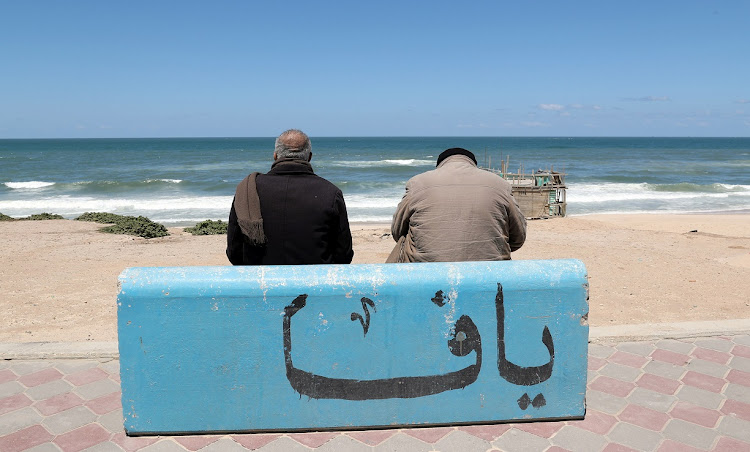 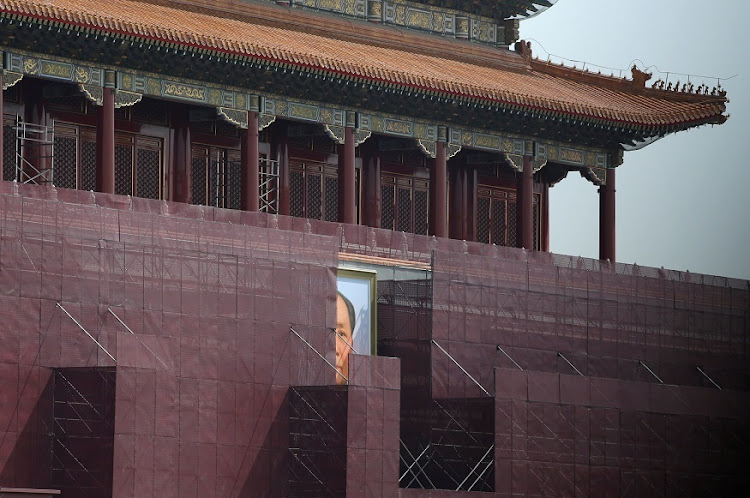 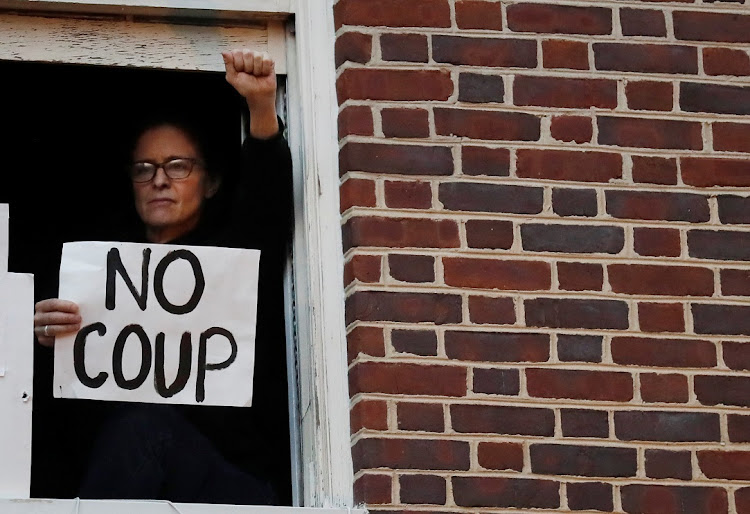 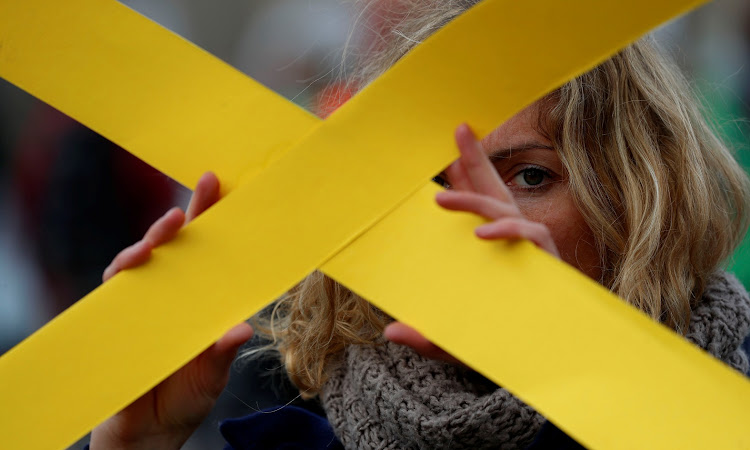 Get behind me, Monsatan: Bayer’s journey from heroin to Roundup

When the German chemicals giant bought Monsanto, it got the added legal headache of a weed killer

Eight years later, most residents still have not returned despite Japan’s encouragement

Anticlimax: the US sex strike didn’t hit the spot after all

Yes, the abortion bill is bad, but really, Alyssa Milano, your idea of a bonking boycott is not the answer

Big Brother gives us a peek at Amazon’s hidden wildlife

ENLIGHTENED A Buddhist releases a candle into a lake as she prays during the Vesak Day, an annual celebration of the birth of Buddha in Ba Sao, Vietnam.
Image: Reuters/Nguyen Huy Kham

A French doctor already charged with the poisoning of seven patients was taken into custody for questioning over the suspected poisoning of about 50 other patients, a source says. Frederic Pechier worked as an anaesthesiologist at two private clinics when seven patients went into cardiac arrest from 2008 to 2017. Investigators later found traces of lethal doses of potassium in their bloodstreams. – AFP

Three Germans killed with crossbows in a series of five deaths shared a passion for medievalism, as an autopsy suggested a murder-suicide pact. Police said they found the last wills of two victims in a hotel room, and no signs of a struggle. Germany has been baffled by the case since three corpses were found Saturday in a hotel in Passau, followed by Monday’s discovery of two dead women in Wittingen. – AFP

Debate in Indian election gets personal

From jibes over the prime minister’s wife to criticism of the main opposition leader’s family holiday three decades ago, one trend stands out in this year’s general election campaign in India: this time, it’s personal. Observers say this has been an unusually hostile campaign even by Indian standards, devoid of real policy debate to the expected benefit of PM Narendra Modi and his Bharatiya Janata Party. – Reuters

Bulgaria agriculture minister Rumen Porozhanov is the latest high-level official to step down in scandals involving purchases of luxury properties and the building of guesthouses with EU aid for private use. Porozhanov quit two weeks after prosecutors launched a large-scale probe into possible fraud with EU rural development aid at more than 700 guesthouses. – Reuters

‘Yellow vest’ protesters surged on to the stage at France’s top theatre awards to denounce Emmanuel Macron’s policies. Head of the Moliere Awards Jean-Marc Dumontet said the protesters entered the theatre through the roof and interrupted the speeches of the host. The protesters, demanding better conditions for freelance workers in the arts, eventually left chanting anti-Macron slogans. – AFP

Paris authorities have warned operators of electric scooters to keep them off pavements or face a temporary ban amid rising complaints from pedestrians. The 10 competitors in Paris all signed a ‘code of good conduct’ with the mayor’s office. The companies have collectively put 15,000 scooters on the streets in the past few months, causing tensions in cities such as Madrid to LA. – AFP

Pepkor still deep in the stinky stuff coming out of Steinhoff

Controlling shareholder Steinhoff holds 71% of Pepkor, but that’s not the only reason sellers punished the stock

Digestible energy? Why it takes guts to wait for Montauk

iSpy: the Israeli firm in the business of getting into your iPhone

Goggas on your dinner plate: Does the idea really bug you?

Fancy chefs can’t get enough of them, and some say grasshoppers and worms are the new ‘it’ food

Puree pleasure: Smooth your way to the perfect hummus

Anatolian recipe with pine nuts is a real humdinger

Stuck for ideas for dinner? If you’ve got a phone, no probs

Got a spare R2.1m? Well, this jet cruise seems just the thing

SPORTS DAY: Highlanders will be test for hot and cold Lions

Blasts from the past: Dale Hayes squashes Seve in 1978

Today in SA sports history: May 15