Cyril must act now and act quickly, while the Zuma wolves are circling

Now, at the beginning of his tenure, Ramaphosa has the most power he will ever have. He must use it

Farmer wins battle against government after losing 760 cattle in outbreak

The drought and starvation disaster on SA’s doorstep

Big firms seldom, if ever, compensate consumers for withholding a legitimate refund

UDM bombs in Bay, but mayor puts on a brave face

Decline in support for the UDM showed the public’s disapproval of Bobani's mayorship, says analyst

The industry is said to have created more than 2,000 quality jobs in economically depressed coastal areas

Down to Earth: your vote ticked all the right eco boxes

No pressure, but perhaps check if you’re hypertensive

In SA, an estimated 53 men and 78 women over 30 die from the impact of hypertension every day

Sure, this 115-year-old man does vote – for the man above

The man has lived through WWI, and he doesn’t believe in either your doctor nor your star leader

Monster row is brewing over names for Frankenburgers

Battle over what to call alternatives to meat, whether made from plant or animal cells, is far from settled

They wrote it this week: unexpected gaiety and a most unwelcome Catholic

AWAITING THE FLASH A woman takes a picture in front of the Mediterranean on the French Riviera, Nice.
Image: Valery Hache/AFP

A “harrowing” run-in with eight armed robbers has left SA Federation of Trade Unions (Saftu) general secretary Zwelinzima Vavi and his wife Noluthando in “desperate need of counselling”. “That’s life, unfortunately,” Vavi tweeted on Sunday following the incident on Friday evening in Morningside Manor, Johannesburg. The armed robbers beat up two security guards before entering the bed and breakfast which Noluthando runs, tying up the guests. “It was just hectic. Throughout, these guys kept on demanding where she was and the keys of her car. She walked to[wards] the bandit in the passage not aware of what was happening, as she had been praying in her office all along,” Zwelinzima told TimesLIVE. Realising what was happening, Noluthando ran to her office, locked herself inside and called for help. Zwelinzima said: “That’s when these guys panicked and took everything [they had] already [placed] in an Audi and a minibus and drove off.”

Nelson Mandela’s grandson, Mandla Mandela, has apologised to AbaThembu acting king Azenathi Dalindyebo and his family after Madiba’s great-grandson, Mayibuye Mandela, threatened to break family tradition and split his vote in the May 2019 general election. Mayibuye, 26, told TimesLIVE ahead of the May 8 vote that he wanted to cast his ballot for the Black First Land First organisation in the Western Cape and only vote ANC nationally. DispatchLIVE reports Mandla called this position “silly, childish behaviour from kids trying to gain recognition”. “He must go study, finish his matric then go to university.” The Xhosa royal family thanked Mandela, a senior traditional leader in the Eastern Cape, for his position.

Car keys linked to a Cape Town man who was allegedly hijacked before being murdered have been found by detectives. A 30-year-old man has been arrested in connection with the case. Police also seized an unlicensed firearm with ammunition. The arrest comes after police detectives and Crime Prevention members followed up on leads relating to the discovery of a man's body in the boot of a burnt out vehicle on May 8 in Ocean View. "The arrest of other suspects is imminent as investigations continue," said Sergeant Noloyiso Rwexana. Police did not name the victim. TimesLIVE reported on Friday that he is believed to be a resident of the Cape coastal village of Scarborough.

An on-duty policeman with an off-duty colleague were cruising along when they were pulled over by colleagues. A team carried out a sting operation on Friday evening after receiving information implicating the pair in transporting dagga. The sergeant and a constable, both in their early 30s, were arrested after being found in possession of three large bags of dagga. "It was indicated that the suspects were travelling in one of the member's private vehicle, with one of them being off-duty and the other on-duty. The team pulled them over, demanding to search the vehicle, at which point the three bags were found inside the car, resulting in their arrest," police said. Mpumalanga provincial commissioner Lieutenant-General Mondli Zuma said the two members were attached to the relatively new police station of KaMhlushwa, near Malelane. The suspects will appear in court on Monday, facing a charge of dealing in dagga.

Town too small for robbers

There's no quick getaway in a town so small that everyone knows everyone, as four suspects now behind bars have discovered. The group, aged between 23 and 49, were arrested within hours after the Somerset East post office was robbed at midday on Friday, the police said. Two of the three suspects were arrested as they were crossing the river bank on their way to a hiking spot on the N10 national road. The suspects were found in possession of three firearms with live ammunition which were confiscated. Further information led the police to another suspect at Bongweni locality in Cookhouse. Upon searching the premises, the suspect was found in possession of an undisclosed amount of money. The final arrest took place in Somerset East where one of the post office employees was arrested. All four suspects will appear soon in the Somerset East Magistrate's Court. 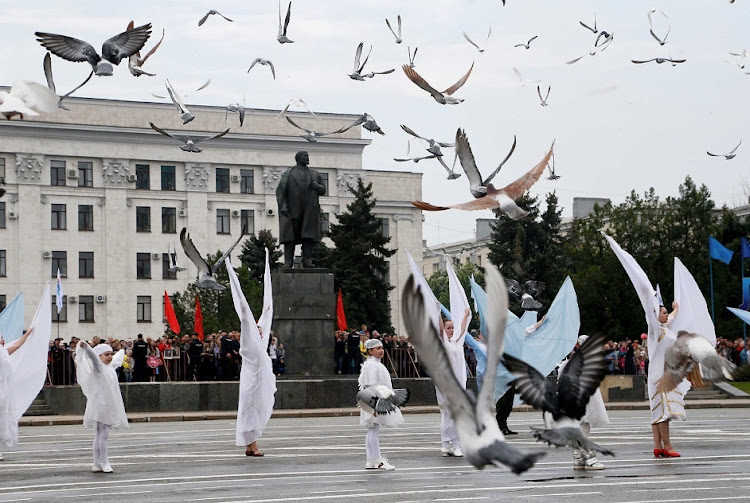 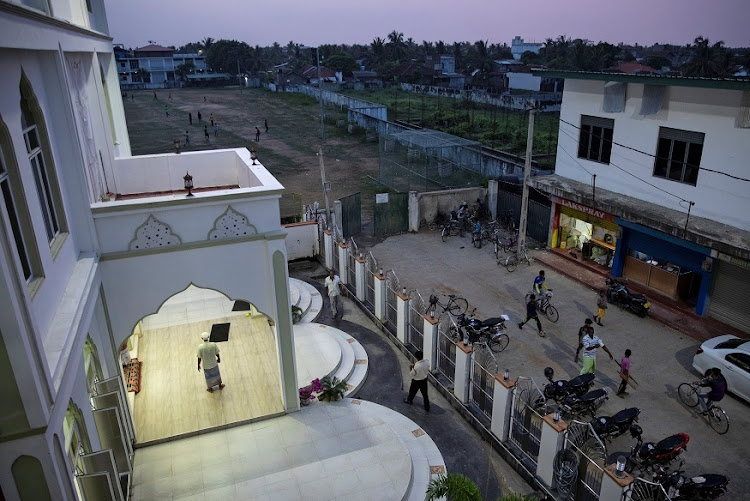 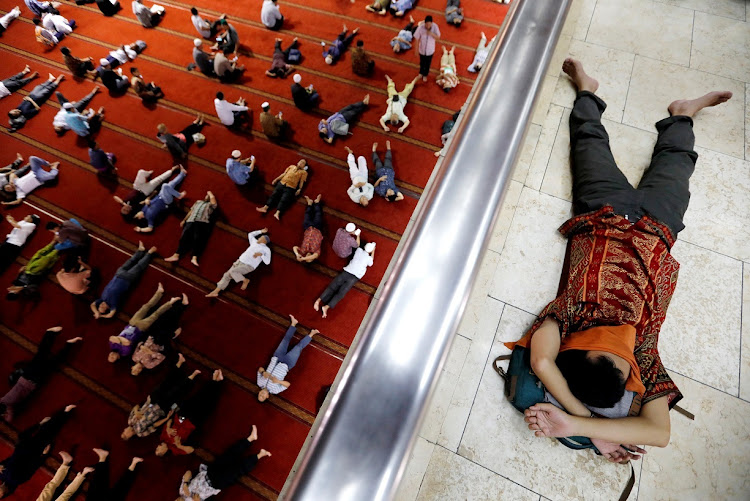 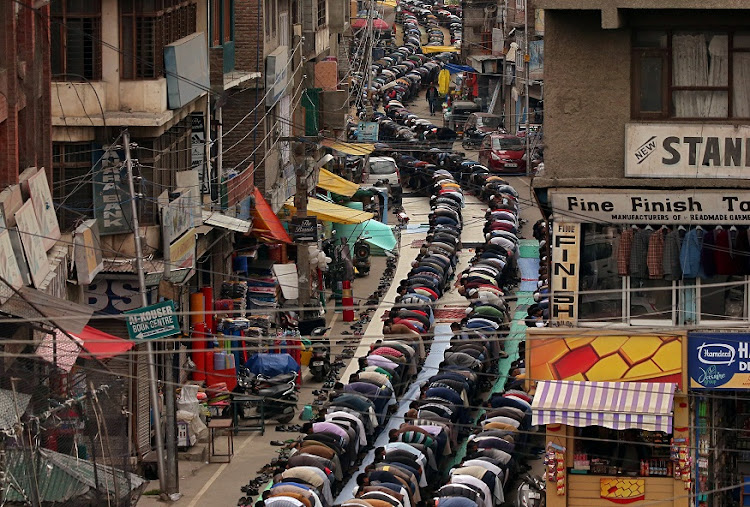 Hacked off: this is why the princes hated the media

New Anne Frank diary in novel form is ‘what she wanted’

‘From a literary point of view this version is the diamond, it is the best of them all,’ says publisher

Berliners fondly remember the sweet treats attached to parachutes, during one of the greatest feats in aviation history

WE WERE HERE Arabs mark the ‘Catastrophe’, when Palestinians lament the loss of their homeland to the Israeli, near the abandoned village of Khubbayzal.
Image: Reuters/Ammar Awad

Pope Francis is being urged by experts to take greater care when referring to "hypocritical" Pharisees, a stereotype that fuelled centuries of bad blood between Catholics and Jews. Catholic-Jewish relations blossomed after the Second Vatican Council - which in 1965 finally urged respect for Judaism - and Francis is a clear friend of the Jews, insisting the Church continue to seek pardon for anti-Judaism. But for centuries Jesus's Jewish origins were obscured and the Jews were held collectively responsible for his death. And the pontiff's tendency to quote directly from the New Testament, where Jesus slams members of the small religious and political group as "hypocrites", has been troubling rabbis concerned about anti-Semitism. – AFP

Cuban police broke up an unauthorised pro-LGBT rights march in Havana on Saturday, held as an alternative to the government-sanctioned Gay Rights parade that authorities cancelled earlier in the week. The demonstrators managed to march a mere 400m along Havana's downtown Paseo del Prado before being dispersed by police. The lesbian, gay, bisexual and transgender activists, numbering about 100, were protesting against the cancellation of the parade against homophobia organised by the government's National Centre for Sexual Education, an office under the health ministry, and held for the past 10 years. The colorful parade, or "conga", used to kick off activities educating people about homophobia and transphobia that are nevertheless taking place. At least three protesters who refused to leave were arrested. – AFP

A Tanzanian has been arrested for selling his six-year-old daughter to be killed so that her body parts could be used in a potion to make him rich, police say. The child, Rose Japhet, had been killed last week and her body found in the southwestern district of Mbeya, in a region has been hit by a spate of ritual killings of children. "The body was found decapitated and with the right foot amputated," police said, adding that the foot was found buried nearby. "The motive of this murder was monetary. The father of the deceased took his daughter to a businessman for five million shillings (about R28,000) for her to be killed and her right foot amputated." The businessman, who was also arrested, was meant to "give the foot to a healer so that he would make a product which would make him (the father) prosperous". – AFP

You can barely walk down a British high street without encountering a man sporting an immaculately groomed beard. The trend for male facial hair has resulted in barbers becoming the fastest-growing shops on the high street, bucking the downturn that has seen fashion stores close at a rate of knots. Barber shops were the fastest-growing retail category in 2018, with 813 units opening. It was a similar story the previous year, when 624 opened, and analysts say numbers this year are already outstripping those levels. The explosion in the sector is largely because of the trend for male grooming, and specifically beard grooming, experts believe. Social media is also playing its part, as image-conscious men visit barbers as often as once a week to ensure they are Instagram-ready. – © Telegraph Media Group Limited (2019)

Pilot in a pinch nose his stuff

A Myanmar pilot safely landed a passenger jet without its front wheels on Sunday, after landing gear on the Myanmar National Airlines plane failed to deploy, the airline and an official said. It was the second aviation incident in Myanmar this week, after a Biman Bangladesh Airlines plane skidded off the runway during strong winds in Yangon on Wednesday, injuring at least 17 of those on board. An official praised the pilot for bringing the Embraer 190 aircraft in to land at Mandalay airport on Sunday morning despite the technical failure. No one was hurt. "The pilot did a great job," said Win Khant, permanent secretary of transportation and telecommunication ministry. The incident was being investigated. – Reuters

He jumped so far right he fell off the edge

Australia’s conservatives control the ruling Liberal Party and occupy key positions in government, but a week out from tight elections their talisman has gone into hiding and the movement is on the back foot. Former policeman and home affairs minister Peter Dutton was front and centre of Australian politics, until now. Amid a closely fought election battle that the opposition Labour Party is on track to win, Dutton has all but disappeared from the national view and is fighting to save his seat in parliament. Buoyed by the success of politicians like Donald Trump, the hard-right Liberals tightened their grip on immigration policy and took control of Australia’s domestic spy agency. Dutton defended Australia’s policies of sending asylum seekers to remote Pacific camps, boycotted a national apology to indigenous children taken from their families, joked with climate-hit Pacific Islanders about “water lapping at your door“, and told business leaders to “stick to their knitting” when they supported same-sex marriage. –AFP

Banks loathe investing in filthy coal ... or do they?

Reluctance to risk reputations on new coal-fired projects, but they still buy into a cleaner, greener Eskom

This little piggy bank went to market ... er, no it didn’t

Deploy political capital to drive implementation and change into growth-boosting policy, that’s all we ask

Waymo will deploy driverless cars that can be ordered through an app in Arizona, its main testing ground

See, Brunei? When you do clownery, the Clooney comes back to bite

Siyabonga Nomvethe: So long and thanks for all the goals

Blasts from the past: Boks ensure Irish eyes are crying

Today in SA sports history: May 13