WEDNESDAY'S ELECTION: WHAT HAPPENED AND WHAT TO THINK

SA’s oldest voter recalls his life in apartheid SA, when he could only hope to one day make his mark for Mandela

South Africans queue to vote in Chiawelo, Soweto, in the sixth general elections since the start of democracy in 1994. Picture: Alaister Russell/The Sunday Times

ANALYSIS: Is Cyril in charge? Will he tackle ANC thugs? Well, don’t ask him

He failed to reassure voters that he will tackle his enemies, and that his agenda, not corruption, will triumph

Who takes poll position? A cadre or someone competent?

This ballot is like the Spur menu. No matter what choice u make it’s a kak one.

Did voting day live up to your expectations? 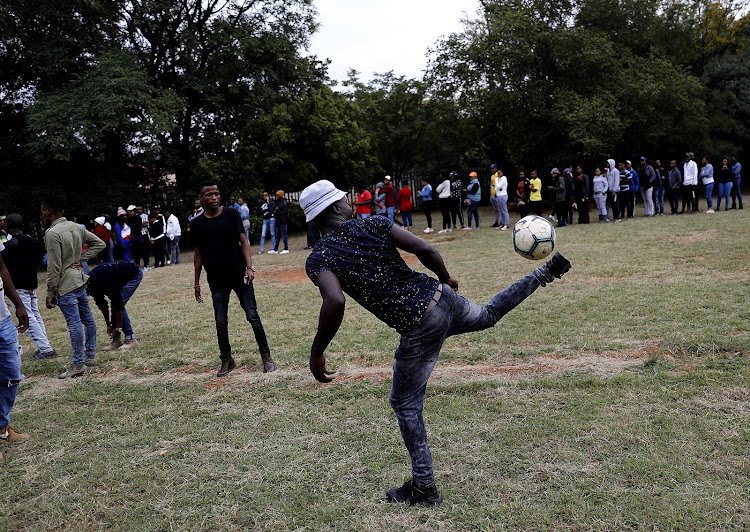 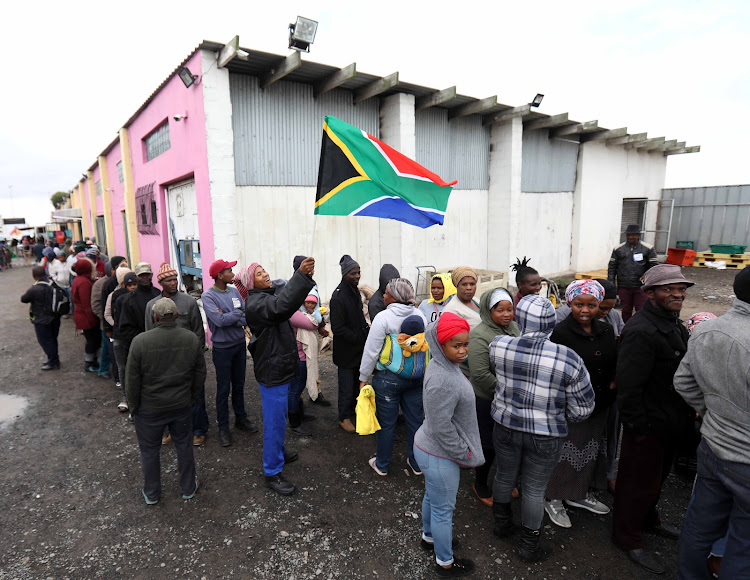 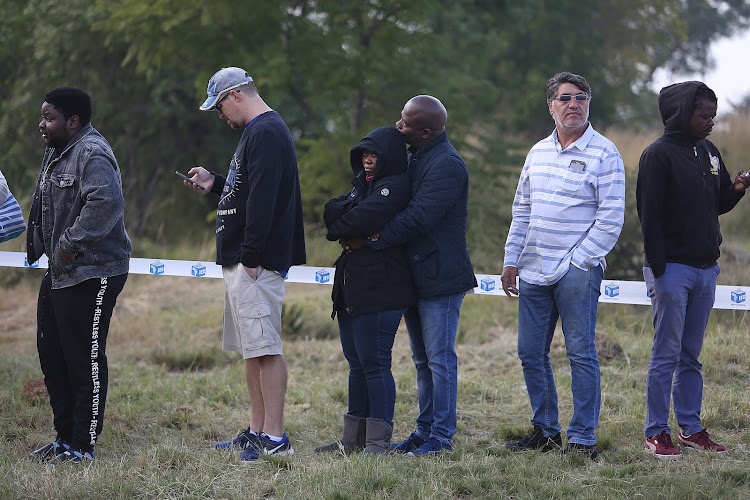 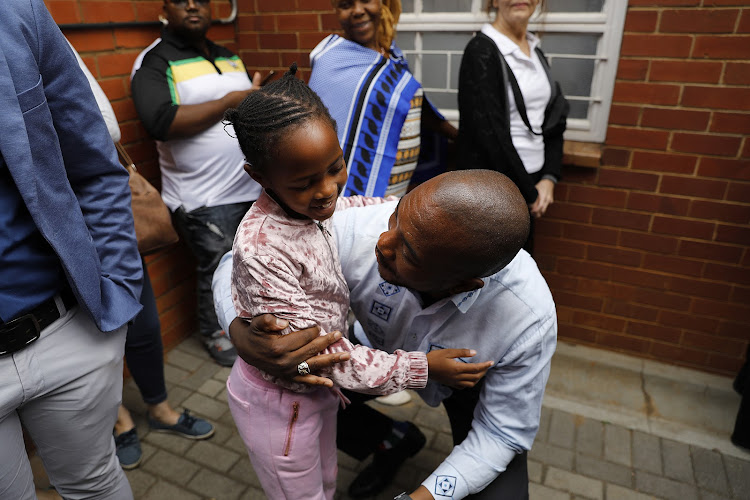 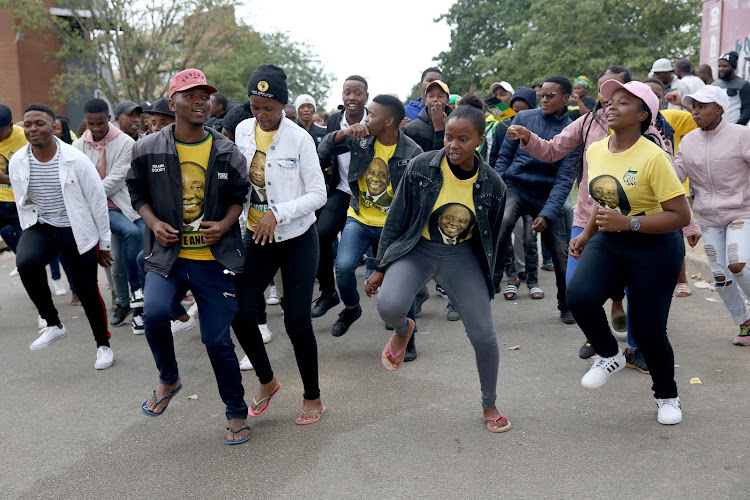 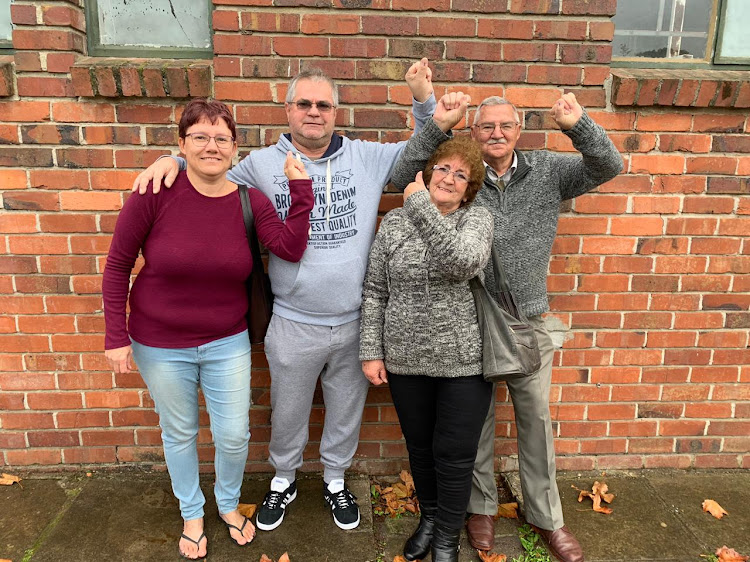 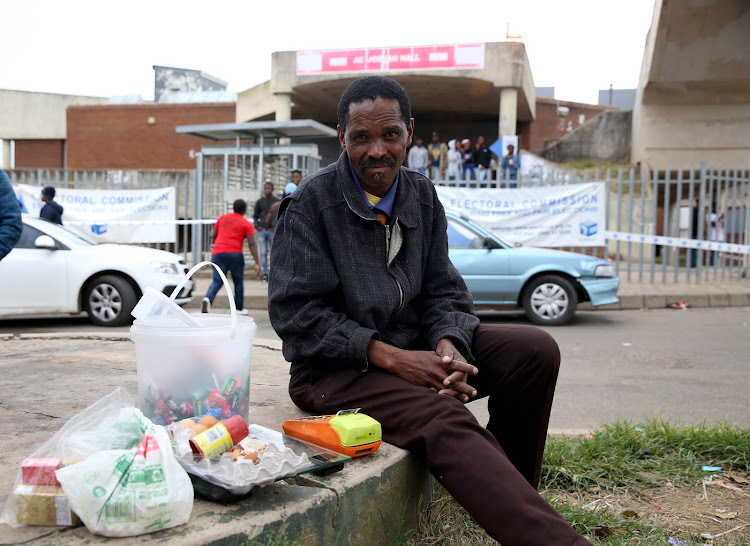 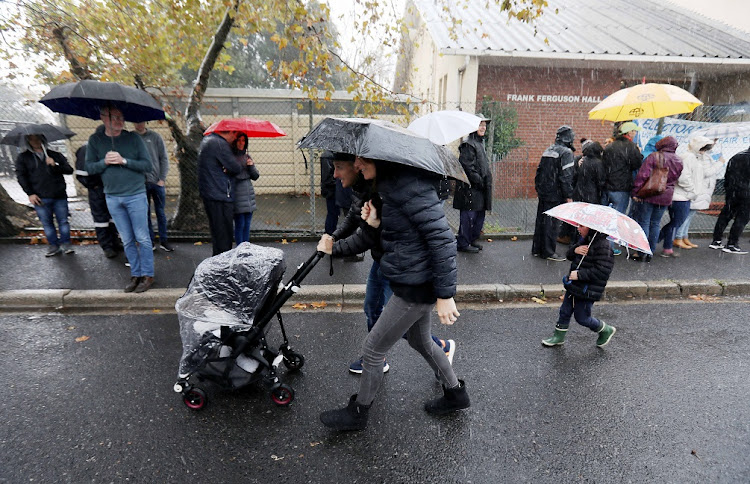 Simon Olivier of Bloemfontein was bitterly unhappy about having to carry the “mark of Satan” after IEC officials marked his thumb. “Baie ongelukkig [very unhappy],” he told a reporter. “Because it is against my religion to be marked like an animal. But if I don’t do it, I can’t vote. But I had to do it, I had to accept the Satan’s mark.” Asked how he felt after voting, he shrugged and said: “Oh, well. Satisfied,” but vowed to remove the mark with turpentine once he gets home.

EFF leader Julius Malema and his wife Mantwa Matlala-Malema were equally irked when voting officials told her to remove her false nails. He said: "There was some IEC staff member who said to my wife she must take off her nail so that they can put a mark and I found that bizzare. You cannot have such a patriarchal arrangement happening inside the voting station… It must never be costly for people to vote, because to put on nails is money and then you have someone giving you scissors to take them off, are they going to pay for it? So, it cannot be.”

Voter's wife 'about to give birth'

Google celebrated Mzansi’s sixth democratic elections with a Google Doodle. The world’s biggest internet search engine replaced the third letter of its name with a ballot box featuring the South African flag. Clicking on the image took the browser to a page filled with links to election coverage and information about the elections.

Cyril to voter: 'Whisper to me'

President Cyril Ramaphosa spent part of his morning at the ANC’s voter call centre, where he made random phone calls to unsuspecting voters. “Whisper to me who you voted for, I won’t tell anyone,” he joked with a woman, who happily assured him she had voted for him. But another woman was immune to his charm, refusing to tell him who she had voted for, while a third person cut the call after Ramaphosa introduced himself.

Nelson Mandela's great-grandson Mayibuye Mandela is voting for Andile Mngxitama's Black First Land First (BLF) party. He said he had voted ANC both provincially and nationally in 2014. But now that has changed. “Due to accessing information, I’ve started voting for another party provincially and ANC nationally. I will vote [for] Andile Mngxitama, provincially and the ANC nationally. I like Mngixitama’s ideology because I am a black consciousness man. I don’t like white people. Everything that he says, I agree with him, because it should be black first, land first.”

Must state supply water to farms during drought? Dead farmer finds out

‘We have been abandoned and forgotten despite democracy’

Excuse me, nurse, is that a lion they just wheeled past?

A big cat called Chaos needs radiation treatment, and a Pretoria human hospital is the only place available 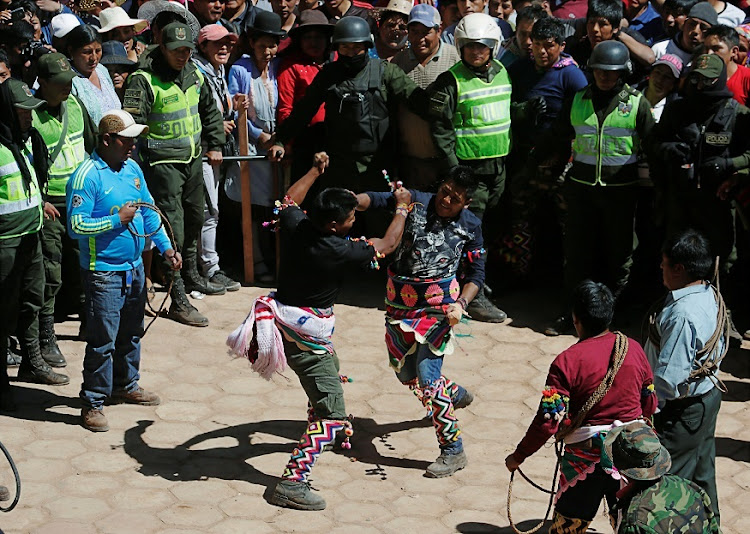 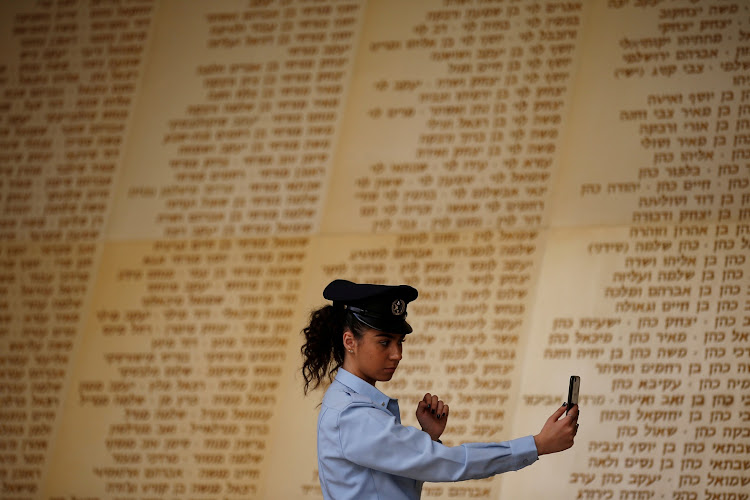 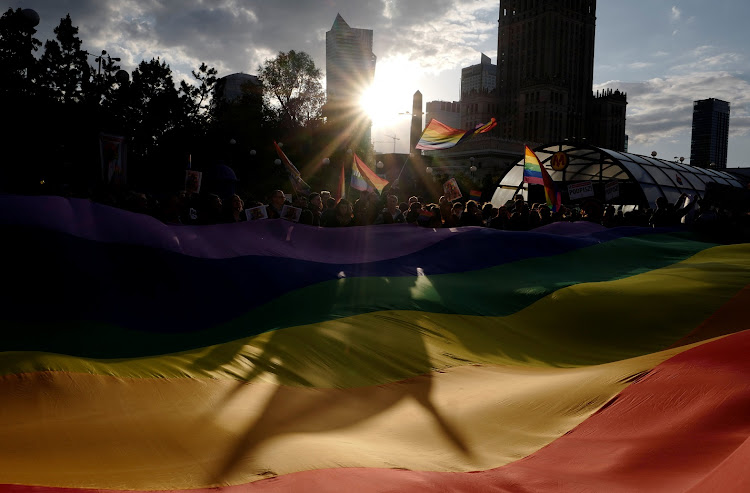 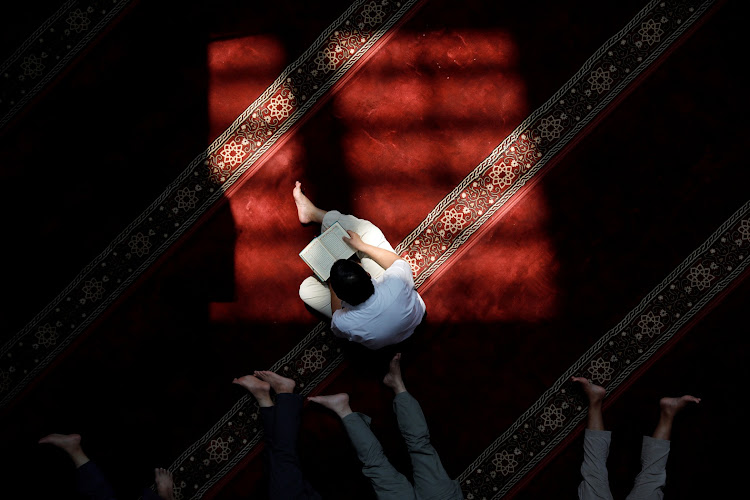 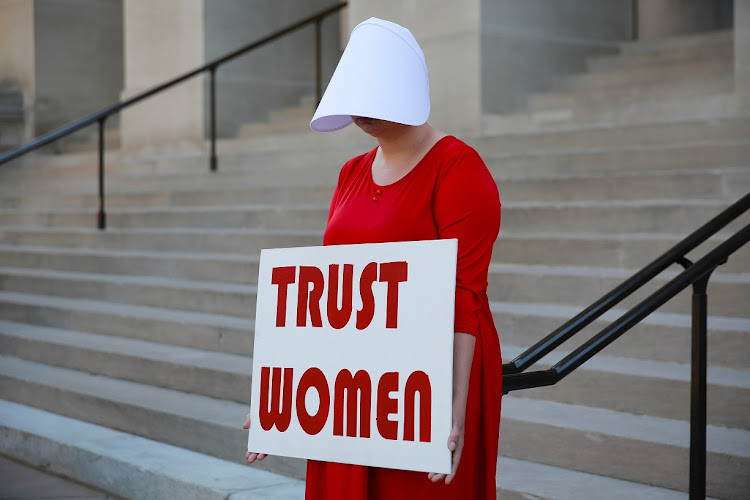 Is the baby going to heal the Markle rift? Is that a pig you see flying?

The new grandfather wasn’t informed by the palace of Baby Sussex’s arrival, but he congratulated the parents nonetheless

When it comes to getting rid of carbon dioxide, Iceland rocks

By the afternoon, exhausted and irritable doctors are making poor decisions, and mistakes are piling up

Phone addicts are missing out on so much – like life, for instance

These guilt-inducing devices are harmful, sometimes devastatingly so, and this should worry us all

LITTLE MAN OF THE MOMENT The Duke and Duchess of Sussex hold their baby son, who was born on Monday morning, during a photocall at Windsor Castle.
Image: Dominic Lipinski/Pool via Reuters

Fees may fall, but not in a nice way

An entrepreneur and his firm on Wednesday were fined more than €250,000 in Belgium for promoting prostitution through a ‘Sugar Daddy’ dating website for rich men and young women, RichMeetBeautiful.com. In 2017, as students returned to the Free University of Brussels after their summer break, they were greeted by a truck carrying a mobile advertising hoarding. The poster showed a woman’s bosom barely covered by a bra and the slogan: ‘Hey female students, improve your lifestyle, go out with a Sugar Daddy.’ Vedal was later arrested and charged with ‘incitement to debauchery and prostitution’. — AFP

A piece of stone drilled from Stonehenge, a mysterious circle of ancient stones in southern England, has been returned to the site 60 years after being removed to the US during archaeological excavations. The cylinder, 1.08m long with a diameter of 25mm, was taken from one of the monoliths in 1958 when the cracked stone was strengthened with metal rods. The missing piece, incongruously pristine amid the weathered stone from where it came, could now help determine the origin of the stone. Radiocarbon dating shows that Stonehenge, a ring of about 4m-high standing stones was constructed 4,000-5,000 years ago. The precise origin of the larger ‘sarsen’ rocks is unknown. — Reuters

A former member of the cultlike Nxivm organization resumed testifying at founder Keith Raniere’s criminal trial on Wednesday, as prosecutors detail allegations that he recruited women as sex slaves under the guise of self-improvement. The woman, a 32-year-old Briton, told how she was gradually drawn into Raniere’s orbit, only to eventually become a ‘slave’ in a secret sex cult within Nxivm. Prosecutors say Raniere forced women to have sex with him — including a 15-year-old girl — and branded them with his initials. Participants were forced to provide potential blackmail material, or ‘collateral’, such as explicit videos. Raniere faces charges of sex trafficking, child pornography and other crimes. — Reuters

A dozen cats wake up in cages stacked on top of one another, a pungent odour in the air, while in a room next door two vets work diligently. Captured in the streets of Jerusalem by city workers or brought in by residents, at least 15 cats a day are sterilised at the municipal veterinary centre. But experts say that is far too few to stabilise the city’s burgeoning street cat population and allay fears about the impact on its environment and ecosystem from the felines. The concentration of stray cats in the Holy City is among the highest in the world, experts say. With nearly 2,000 cats per square kilometre, it has a total of some 240,000 in a city of 900,000 residents. — AFP

The man tipped to become Australia’s next prime minister pilloried the country’s right-wing media on Wednesday after an attack about his late mother that has turbocharged an already heated debate about press partisanship. Decrying a ‘new low’ in Australia’s bare-knuckle politics, Labor leader Bill Shorten lashed out at ‘bloody lazy’ journalism and ‘gotcha shit’ ahead of the May 18 election. Some have accused titles owned by Rupert Murdoch of taking a ‘battering-ram approach’. The confrontation reached when Sydney tabloid The Daily Telegraph accused Shorten of misleading voters about his deceased mother’s life, in a front-page splash that carried the block-caps headline ‘MOTHER OF INVENTION’. — AFP

Magic mushrooms on the menu in US?

Voters in Denver, US, were deadlocked on Wednesday on a plan to decriminalise possession of psilocybin, the hallucinogenic drug in what is widely known as ‘magic mushrooms’, partial results showed. If passed, the ballot initiative would make Colorado’s capital the first US city to end the imposition of criminal penalties for using or possessing the psychedelic drug. Decriminalize Denver said psilocybin has been shown to reduce depression and anxiety and to help in treating tobacco, alcohol and opioid addictions, and with alleviating symptoms of post traumatic stress disorder. Denver residents voted to decriminalise marijuana possession in 2004. — Reuters

Bull’s Eye: Would you invest in an SA infrastructure bond?

One has been in consistent decline and more recently on the edge of business rescue, the other is just meh

Pretty daft that AGMs are not linked online to shareholders

Fear and clothing: All het up about making a little cross

Stars stepped out for the Met Gala jamboree under the theme ‘camp’, but what exactly does that mean?

Oh you handsome devil, with your fancy beauty tweakments

Right blokes, are you ready for your Botox and fillers?

Hashim Amla: The rock of SA’s batting is in a hard place

Today in SA sports history: May 9