The ANC fought for our liberation, but what has it done for us lately?

How sad that 25 years of democracy have left us with only one choice. It's our duty to change that this week

Beyond the ANC: how youth is finding its political path, or walking away

Many born-frees are shunning the polls, but others are working for what promises to be a very different future

WHO TO VOTE FOR?

BIG THREE PARTIES MAKE THEIR FINAL BIDS FOR YOUR BALLOT

‘Others talk, we do’: triumphant Ramaphosa stirs up party faithful

Addressing 60,000-plus supporters, he pleaded for voters to give the ANC a renewed mandate to take SA forward

In Dobsonville on Saturday, DA leader fumed as he slammed the ANC for being a 'relic'

A long-serving employee was laid off, and his court challenge revealed a latticework of half-truths and nepotism

The SA TV legend said he was not that good at numbers, and that is how he became an excellent teacher

The beauty of Martian sunrise and sunset snapped by a robot

The latest outer space robotic explorer gives the Red Planet its best checkup since its birth 4.5 billion years ago

Breaking down what it truly means to be biodegradable

Ass-lover sacrifices brown bread and chocolate to save the donkeys

I weep for Caster: what it’s like to grow up intersex

No, it’s not ‘awesome!’ when a bot corrects my thoughts and my spelling

It's helpful that Gmail fixes errors, but is its jaunty little feature taking over our thinking?

They wrote it this week: a perplexed princess and a dirty-bottomed doctor

A City Press senior political reporter, Ngwako Modjadji, has died in what is believed to have been a hit-and-run accident, the SA National Editors' Forum (Sanef) confirmed on Sunday. He died in the early hours of Sunday. According to his uncle, Sonti Modjadji, Ngwako was at e'Social Link in Soweto and was crossing Impala Road to catch an Uber. "It was indeed a hit-and-run. But the number plate stayed behind at the scene. Ngwako died at the scene," Sonti said. The 40-year-old had a national diploma in journalism from the Tshwane University of Technology. He had worked at the Citizen and Sowetan newspapers, as well as Drum magazine, before joining City Press in 2018.

The police have rubbished claims that a reservoir in Montclair, south Durban, was "bombed" during the municipal workers' strike. Spokesperson Brigadier Vishnu Naidoo said the reports were false and "very irresponsible". Images and videos of water pouring into the streets from the reservoir have been widely circulating on social media since Saturday, when the damage occurred. Naidoo's comments - and the speculation over what happened - came after the eThekwini municipality suggested on Saturday that the reservoir was allegedly damaged by petrol bombs in an attack by striking municipal workers. The municipality called it "unfortunate and barbaric". However, the statement was subsequently retracted, with the council saying the damage was due to "structural defects". However, the municipality “cannot rule out acts of sabotage”.

The Hawks on Friday found rhino horns with an estimated value of R38m at a warehouse in Kempton Park, Ekurhuleni. Gauteng Hawks spokesperson Captain Ndivhuwo Mulamu said the horns were stashed in wine crates. He said it was believed that the horns were destined for Malaysia. No arrests had been made. Also on Friday, the wildlife authority SANParks said a former national parks ranger was one of two people who were arrested on suspicion of being on a rhino poaching mission. The pair was arrested on Wednesday in the Tshokwane section of the Kruger National Park. Three weeks ago, two suspects were nabbed during a sting operation with more than 167 rhino horns in the Hartbeespoort Dam area in North West.

Another nurse killed in ‘cold-blooded’ stabbing

Another nurse in KwaZulu-Natal has been murdered, the third in the past two months. The KZN health department confirmed on Sunday that Nontobeko Kheswa, 41, was stabbed, allegedly by her husband, in the Woodlands area of Pietermaritzburg on Friday morning. It described the killing as “cold-blooded”. It is claimed that Khwesa’s husband also shot and wounded one of the nurse’s colleagues and her brother. “Her lifeless body, still in her white uniform, was discovered dumped in a nearby sugarcane field in the township, covered in blood. According to her relatives, she had sustained multiple stab wounds all over her body, including on the neck,” the department said. She was a mother to four children aged between 10 and 21. The department said that the man was arrested, and later led police to where Khwesa’s body was dumped.

Three people were confirmed dead in separate shack fires across Cape Town in the early hours of Sunday. City of Cape Town fire and rescue services spokesperson Jermaine Carelse said the first fire they responded to was in Scottsdene, Kraaifontein, just after midnight. Four fire engines, two water tankers, a rescue vehicle and 26 staff members were dispatched, and fire was extinguished after 1am. One man was confirmed dead, and no other injuries were reported. In a separate incident, the fire service responded to a shack fire in the Kosovo informal settlement in Philippi. Carelse said the fire was extinguished just after 2am. One child was confirmed dead. Later, at about 3.45am, firefighters were called back to Kosovo where more shacks were on fire. These were extinguished after 5am. One man died.

Public Protector Busisiwe Mkhwebane has made a damning finding against minister Gugile Nkwinti, establishing that he has violated the executive ethics code and the Constitution. In a report yet to be released by her office, Mkhwebane has found that Nkwinti - now water and sanitation minister - abused his position of authority when he was minister of land and rural development when he influenced his department to buy a farm and allocate it to his friend. The investigation confirmed a Sunday Times report in 2017 that Nkwinti had introduced a former ANC staff member from Luthuli House, Errol Velile Present, to officials in his department. Eight months later, the department bought a R97m farm in Limpopo and handed it to Present and his business partners. Present was fired by the ANC in 2018 after he was arrested for alleged involvement in cash-in-transit heists. 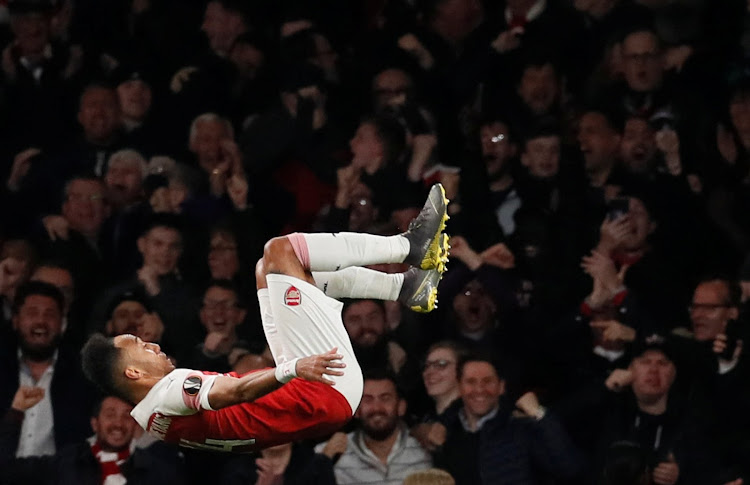 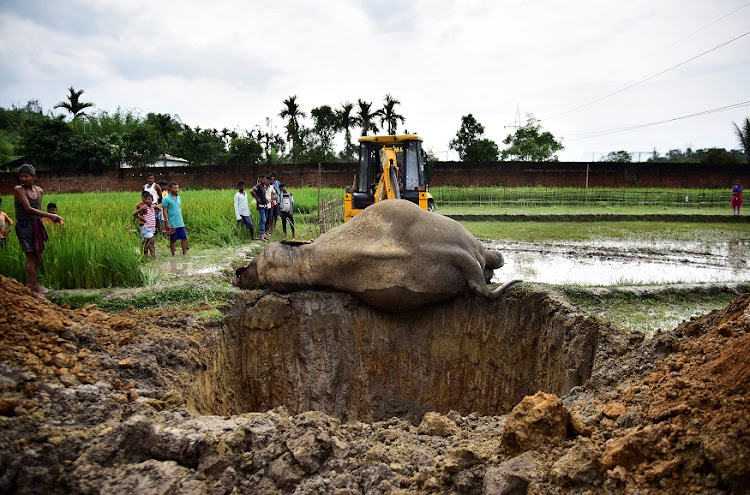 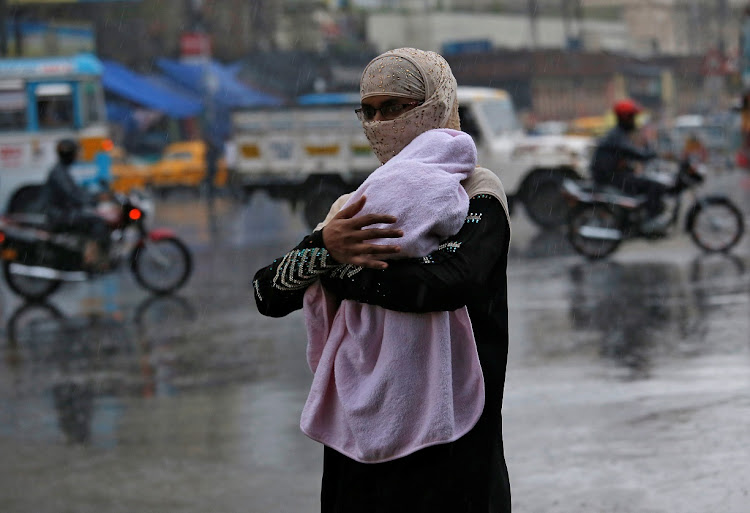 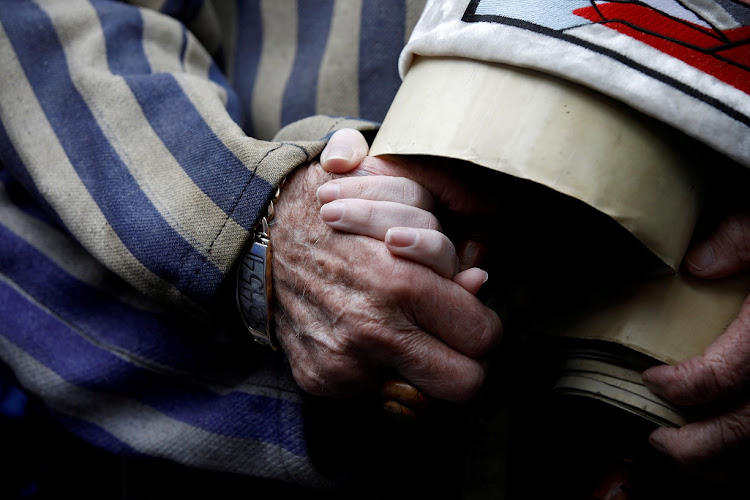 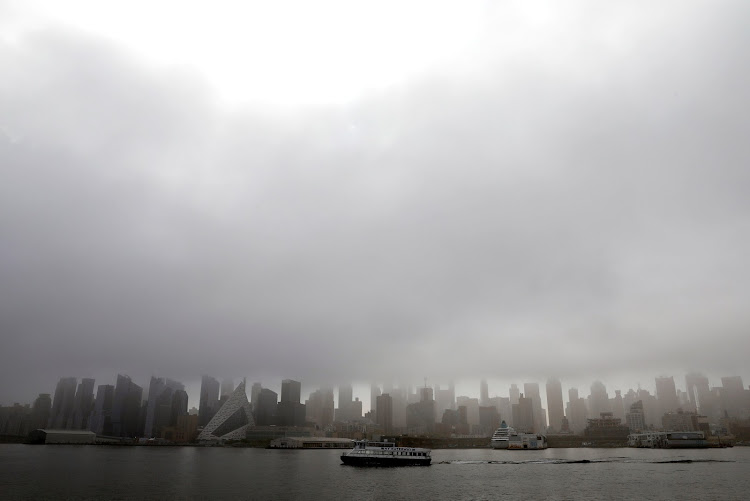 Bonaparte didn’t have a Napoleon Complex. In fact, he was charming

SHE LETS NOTHING SLIDE A woman climbs up after recovering items from her home she lost in a landslide in La Paz, Bolivia.
Image: Reuters/Manuel Claure

Dozens of backstreet surgeries have been closed and a doctor arrested after scores of people, including at least 75 children, were found to be infected with HIV in a Pakistani town. Panic has spread through Ratodero after screening revealed large numbers carrying the virus. Health officials believe the re-use of dirty syringes led to it spreading. Medical teams say they have tested more than 2,400 people in the past week and found at least 98 positive. Pakistan has one of the worst HIV infection rates in south Asia, but it is largely found in high risk groups sauch as sex workers and drug users. – Telegraph media Group Limited (2019)

Rome is at war with a new vandal invasion

The mayor of Rome is writing to the British ambassador to Italy and other envoys in a bid to ban football hooligans and ‘uncivilised’ vandal tourists from returning to the Eternal City. Virginia Raggi says that Rome deserves greater protection. The council plans to draw up a ‘blacklist’ of people caught damaging historic or archaeological sites and notify their embassies to try to prevent them from returning to Rome. The mayor's initiative comes as security was increased at the Colosseum after tourists carved initials in the walls of the ancient amphitheatre in three incidents last week. – Telegraph Media Group Limited (2019)

Leonardo da Vinci left the Mona Lisa unfinished because he gravely injured his arm while fainting, according to a new study. The artist's disability in later life is well-documented, but its cause has been debated by art historians for centuries. In recent years partial paralysis from a stroke has been the dominant theory. However, the new research has found it was far more likely to have been ulnar palsy, the kind of traumatic nerve damage elderly people often sustain following a fall. ‘This may explain why he left numerous paintings incomplete, including the Mona Lisa, during the last five years of his career as a painter,’ a researcher said. – Telegraph Media Group Limited (2019)

Nasa was sold faulty rocket parts that caused two satellite launch missions to fail, causing more than $700m in losses and years of work to be lost, an investigation by the space agency concluded. Its Taurus XL rocket was intended to deliver satellites studying the Earth's climate during missions in 2009 and 2011 but its clamshell-like nose structure failed to open and plummeted into the ocean on both occasions. The cause of the failures left engineers puzzled for years but Nasa released its most detailed account of the failures last week, blaming bad parts purchased from a US metals supplier whose staff faked results about the equipment's ability to cope in space. – Telegraph Media Group Limited (2019)

The death toll from a cyclone that battered India and Bangladesh rose to 42 on Sunday as emergency teams raced to fix water supplies and roads devastated by the storm. Twenty-nine of the dead were in India's Odisha state and 13 in Bangladesh –a fraction of the casualty numbers seen in past cyclones. Thousands of trees and cellphone towers were uprooted and roofs were torn off by the storm. Many homes have now gone three days without power. – AFP

A German tourist was swept to her death as she walked along a beach in southern Corsica on Sunday as high waves battered the French Mediterranean island. The woman, who was in her sixties, ‘was swept away by the waves as she was walking along the beach at Porto’, emergency services said. The incident occurred as southeastern France was battered by unseasonably high winds of up to 138km/h, leaving nearly 2,000 homes without power. - AFP

Reality bytes: firms need to up their game to retain online consumers

Digital commerce plateau means firms have to really work to earn customer loyalty, or they'll get left behind

Vroom for improvement: car industry on the up, but more markets needed

Not so fast: Speak to a doctor before feasting and fasting

Abstaining from food, drink and oral medications from dawn to dusk is a potential health risk for diabetics

If we are what we eat, no wonder some of us are plastics

While the health effects of eating third-hand plastics are still unknown, future studies will soon tell us

From Facebook to McDonald’s, companies know exactly how shades subtly manipulate our behaviour

Moving to the English side has revitalised the fullback's career, and a Springbok berth in Japan looks likely

Blast from the past: Jet lagged Bafana sputter in the Windies

Today in SA sports history: May 6

David Isaacson
Journalist
1 min read
Read more
Saving soles A girl ties baby shoes to a fence as a part of a protest to highlight child abuse at the hands of the Catholic church, during the visit of Pope Francis to the Irish capital of Dublin.
Image: Reuters/Gonzalo Fuentes