Amazing disgrace: Why SA churches are turning to the Book of Actors

Several people have admitted being paid to enact 'miracles'. Why do congregations allow themselves to be duped?

Amounts dating back a year are still outstanding to Tshwane, Ekurhuleni and Joburg, and the situation is 'catastrophic'

‘Legacy of a monstrous regime’: Why the apartheid flag is hate speech

‘How I was tricked into the sex trade’

When the mom got to her lodgings, she found another woman living there, she says, and they were then locked inside

Katherine Johnson broke through every racial and gender barrier in the space race, and turns 101 this year

Serial killer whips up a social media storm from behind bars

He butchered three elderly people. Now he's on Facebook in his prison kit, and his victims' families are livid

Birth (out of) control: Is SA’s top contraceptive putting women at risk?

The worm has turned in ‘vrot’ Autumn Harvest civil case

Car dealerships have been doing it for years, countering consumer protests with ‘it’s compulsory; an industry norm’

Through the vision of its founders, the firm, which has turned 90, became the accidental heroes of publishing

Forget a live band, and wedding breakfasts are so last Tuesday. Big-day photos have had a 21st century update

ON GUARD A soldier stands guard at St Anthony’s Shrine in Colombo during heavy rain, days after a string of suicide bomb attacks in Sri Lanka.
Image: Reuters/Thomas Peter

The legal conundrum surrounding the banning of displays of the old SA flag has escalated, drawing a range of figures and organisations into the fray. The Johannesburg Equality Court will be the battleground for the Nelson Mandela Foundation and AfriForum tomorrow. But the minister of justice, the SA Human Rights Commission, Johannesburg Pride and the Federasie van Afrikaanse Kultuurvereniginge have joined the debate, arguing over the possibility of a ban, the nature of the constitutionality of such bans, the right to freedom of speech, a push for a change in legislation, and whether the Equality Court even has the power to make such a decision.

A police detective and his female accomplice who were bust in a sting operation for allegedly trying to extort R15,000 from her boyfriend will appear in court on Monday. The pair allegedly concocted a "rape" charge against the boyfriend and demanded he pay up to make the case "disappear". Hawks spokesperson Captain Matimba Maluleke said on Sunday the 38-year-old detective commander from Driekop police station and his 32-year-old female accomplice were expected to appear in the Burgersfort Magistrate’s Court for alleged corruption, extortion and defeating the ends of justice.

The National Consumer Commission (NCC) will ask the consumer tribunal to prosecute Ford over its handling of the Kuga SUV fire deaths and the treatment of its customers. The company had to recall 4,556 SUVs in January 2017, and there have been another two recalls since then. If Ford is found guilty it could face a fine of 10% of its annual turnover, NCC spokesperson Trevor Hatting said this week. Ford said it had not received any notification from the NCC.

Jacob Zuma has snubbed a request by Luthuli House to join the ANC's campaign in Gauteng ahead of the May 8 elections. This is according to people in Zuma's inner circle, who indicated this week that the former head of state and president of the ANC preferred to continue to campaign in KwaZulu-Natal because he felt he was more likely to make an impact there. Zuma's decision to decline an invitation to campaign in Gauteng is in stark contrast to the conduct of former presidents Thabo Mbeki and Kgalema Motlanthe, who endorsed the ANC in the province this week. Gauteng leaders claimed earlier in 2019 that Zuma would be one of the former leaders who would join the campaign in the province. But provincial leaders this week said it was not they who had invited Zuma.

The floods in KwaZulu-Natal and the Eastern Cape have left a trail of sorrow and havoc, but poor planning and inadequate governance greatly added to the death toll. In the aftermath of the floods that claimed at least 85 lives in KwaZulu-Natal, experts said shoddy workmanship in building cheap houses, poor locations and lack of maintenance of infrastructure such as stormwater drains were to blame for the high toll. Retired University of KwaZulu-Natal hydrology professor Roland Schulze said: "Climate change should not be used as a cop-out for poor planning, inadequate governance or for political gain." His calculations of the rainfall and assessment of the most recent global climate models showed that it was too early to attribute the floods to climate change. 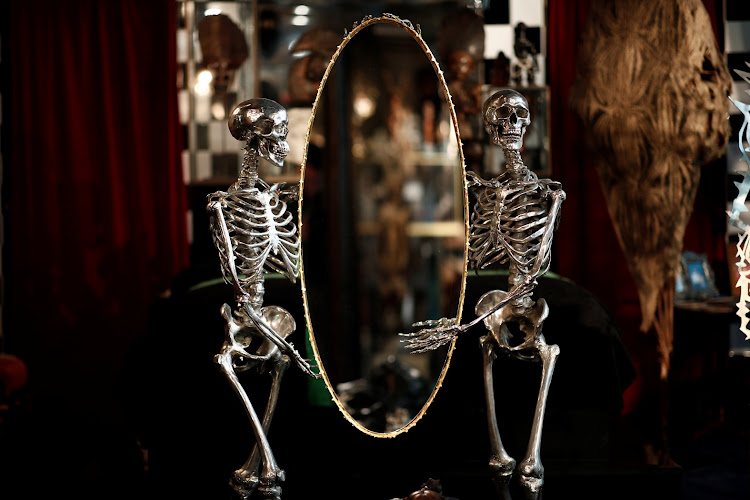 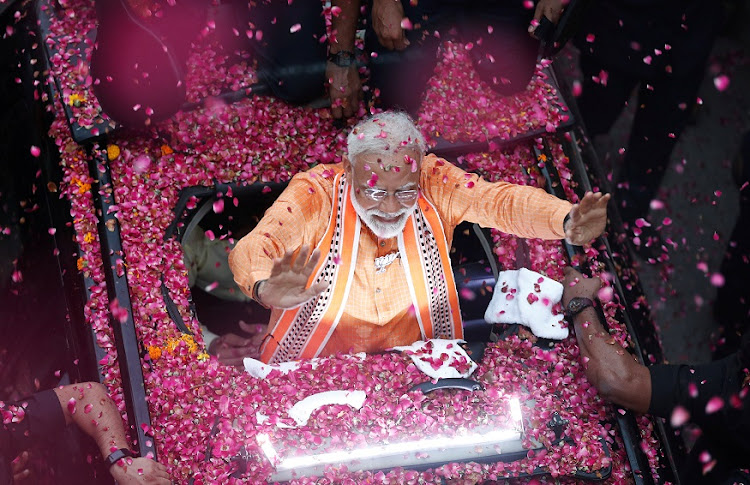 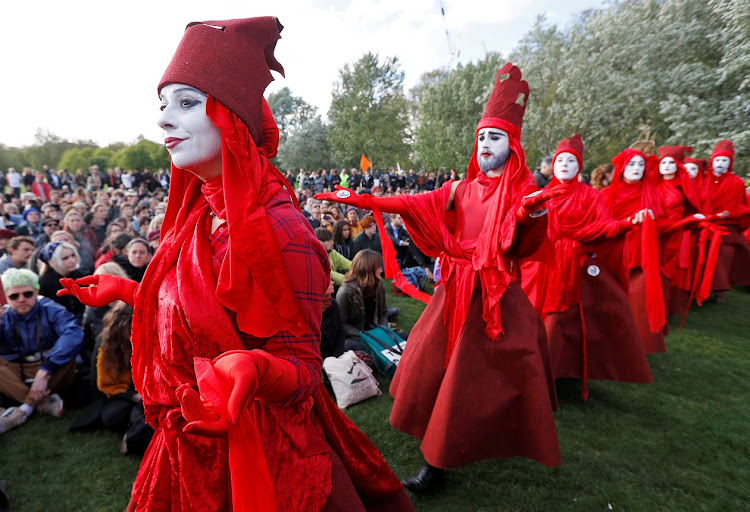 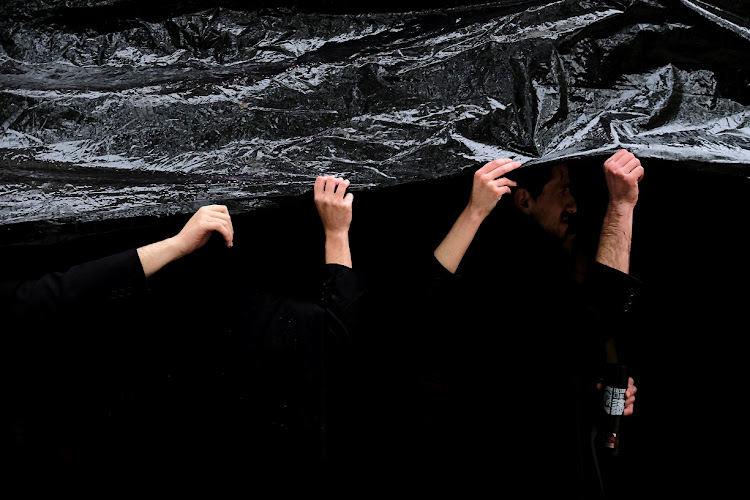 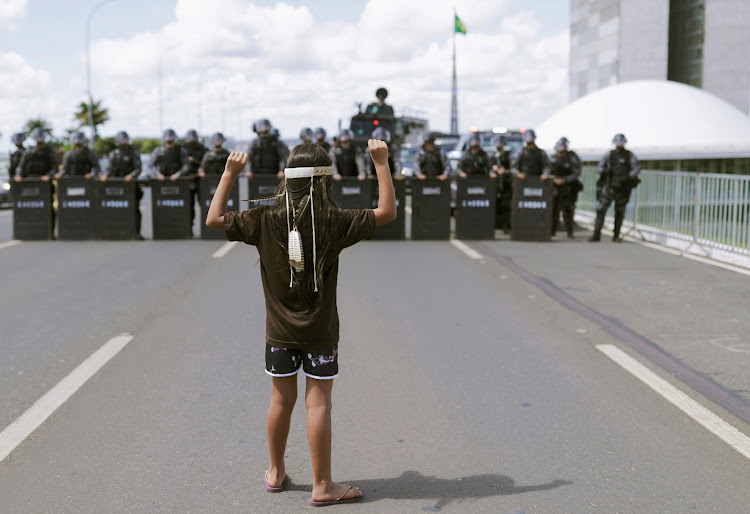 Despite her struggles to adapt to imperial life, many pin their hopes on Masako being a catalyst for modernisation

Who owns the moon anyway? Why space is the new frontier for lawyers

Laws on mining asteroids or dumping stuff in space are virtually non-existent, which could lead to a cosmic free-for-all

The mystery of the Saudi prince and a missing Da Vinci

'Salvator Mundi' is slated for a Louvre show, but it hasn't been seen since 2017 as debate over its authenticity rages

Tourists at risk now that IS has time on its hands

Terrorist masterminds have been freed up to carry out further Sri Lanka-style attacks on tourists because they are no longer preoccupied with running the Islamic State, intelligence officials say. Agencies are concerned that holiday destinations are now vulnerable to so-called ‘terrorist spectaculars’ as a result of the collapse of the Isis. It is believed jihadist fighters fleeing Iraq and Syria will now concentrate attacking holiday resorts. Well-placed sources suggested India, the Maldives and east African resorts in Kenya and Tanzania were most vulnerable. – Telegraph Media Group Limited (2019)

A Texas first as white racist is executed

The first white man in Texas to be convicted of the murder of a black man was executed last week, after 20 years on death row. John William King, 44, a self-confessed white supremacist, declined to give any last words but prepared a statement in advance, saying: ‘Capital punishment: them without the capital get the punishment.’ King and two other white men attacked James Byrd jnr, 49, in 1998 after offering him a lift home. They beat him, spray-painted his face, chained him to the back of a pick-up truck and dragged him to his death on a back road. – Telegraph Media Group Limited (2019)

A rare act of Middle East good will

Israel on Sunday released two Syrian prisoners in a ‘goodwill gesture’ after the remains of one of its soldiers missing since 1982 were returned earlier this month. The two men were transferred to the Red Cross through the Quneitra crossing to Syria in the Golan Heights. Israel's prison service said the prisoners were Zidan Tawil, who was convicted of drug trafficking and was due to be freed in July, and Khamis Ahmed, a Fatah member who was originally due to be freed in 2023 after he attempted to attack an Israeli army base in 2005. - AFP

The New York Times on Saturday apologized for publishing an antisemitic cartoon in its international print edition featuring Israeli Prime Minister Benjamin Netanyahu and US President Donald Trump. The cartoon, which appeared in Thursday's newspaper, depicted Netanyahu as a guide dog wearing a Star of David collar and leading a blind Trump - who was wearing a kippah, or a Jewish skullcap. ‘The image was offensive, and it was an error of judgment to publish it,’ the newspaper said. - AFP

Musk does a deal on his tweets

Elon Musk has escaped further punishment in a settlement with a US regulator over his tweets. The Tesla chief executive had faced possible fines and removal from his role over a February tweet about production figures. In a settlement on Friday Musk agreed to ‘obtain the pre-approval of an experienced securities lawyer’ before making statements on topics including previously unpublished production numbers or sales or delivery numbers, new business lines unrelated to existing ones, projections or forecasts, and regulatory decisions. – Telegraph Media Group Limited (2019)

The beginning of the end of on-flight screens?

Abu Dhabi's Etihad Airways will offer wirelessly streamed movies and TV shows to passengers on mainly short-haul flights as it removes entertainment screens from its Airbus A320 fleet. Passengers will be encouraged to connect their personal devices to an onboard streaming service that does not rely on internet satellite to watch entertainment content. The removal of screens will save the airline 18 tons in weight a year, meaning aircraft will use less fuel, a major operating cost for all carriers. - Reuters

Beware policy complacency about Eskom - it still needs to be fixed

MakeMyTrip share swap is just the ticket for Naspers

Exchange for a stake in China's Ctrip will boost growth ambitions of both entities, the company says

‘Game of Thrones’: Nobody likes a spoilsport, but ...

When is it okay to start discussing the series?

Naysayers may cough and splutter, but the flu jab works

With flu season upon us, is getting the vaccine worth it?

You deserve nice things – your teeth do too

SPORTS DAY: This the last thing Rassie wanted to see

Goalies give Bafana an Africa Cup of Nations headache

Blasts from the past: Botile wins it for East London gym