‘Suspicion is not evidence’: Packham’s lawyer rips into state’s case

Pieces of evidence in trial of 'wife killer' should be judged individually for their reliability, defence argues

Major breakthrough as robotic catheter finds its own way around, and it could change the face of heart surgery

Staff say the pupils are making teaching impossible, but experts say their unruly behaviour is a 'cry for help'

So, if a cop didn’t shoot Bulelani Sizane, who did then?

A long year after his death on the sidelines of a Klerksdorp protest, the ballistics report held a surprise

How the Vrede dairy farm killed a town’s dreams

Would-be beneficiaries say they were promised many things. All they got was 1% of the R200m

‘Hello, is that me?’ What happened when I rang a number from my past

Ace has been stellenbosched, but his Hermanus lie was hugely impressive

While not a patch on the pompous Mbeki-era lies, I have some grudging respect for Magashule’s B-grade effort

Lies and memes: the real threat to the West isn’t a cathedral fire

I WON’T SURRENDER A girl refuses to get a cholera vaccination during a house-to-house campaign in Sanaa, Yemen.
Image: Reuters/Khaled Abdullah

The EFF has lashed out at the department of labour over its intention to dissolve the Association of Mineworkers and Construction Union (Amcu), charging that it is a move to bolster unions aligned to the ANC. ‘It is obvious that this move aims to strengthen the more ANC aligned and docile NUM [National Union of Mineworkers] because once workers no longer have Amcu, they will be forced to return or join the ANC NUM,’ EFF spokesperson Mbuyiseni Ndlozi said in a statement on Thursday. The labour department on Wednesday announced its intention to dissolve Amcu because it was ‘no longer functioning according to its constitutional mandate’.

Violent winds of up to 140km/h lashed the East African island nation of Comoros overnight, killing three people, authorities said on Thursday, as Cyclone Kenneth swept towards flood-battered Mozambique. In Comoros, the winds caused widespread power outages in the northern part of the main island, Grande Comore, and the capital Moroni as well as on the island of Anjouan, residents said. By Thursday afternoon, the cyclone was making its way to Mozambique, just over a month after Cyclone Idai tore through the country.

Cops stand guard as Cape shacks are torn down

People who occupied land beside the Cape Town township of Dunoon were forced out of their homes on Thursday. Working under heavy police guard, staff from the Red Ants security company tore down shacks that had been built illegally. After two days of violent protests along Malibongwe Drive - where two trucks were set alight on Wednesday - a police contingent armed with tear gas canisters and rubber bullets stood by as more than 300 shacks were broken down.

Thieves broke into a primary school in Bushbuckridge and stole equipment just hours after it was officially handed over by the MEC for education in Mpumalanga, the provincial education department said on Thursday. ‘They broke some windows in two classrooms, including the principal's office where they forced open the strong room and made off with laptops and other teaching and learning material,’ said department spokesperson Jasper Zwane. He said the incident happened at Mpisane Primary School on Wednesday.

After more than 20 delays to his trial, alleged Zululand rhino horn kingpin Dumisani Gwala has stepped into the dock for charges related to the ‘epidemic’ butchery of rhinos in KwaZulu-Natal. Gwala arrived at the Mtubatuba Magistrate's Court on Wednesday in a white Mercedes after a local magistrate had signalled her displeasure over a series of lengthy delays to the start of a trial which has been marked by frequent changes to defence attorneys. Gwala pleaded not guilty to 12 charges relating to attempted murder; resisting arrest and either buying, possessing or attempting to trade rhino horns illegally.

Mashaba up to no good, claims Good party

The Good party has asked for Johannesburg mayor Herman Mashaba to be investigated in connection with a potential conflict of interest arising from property valuations in the city. The party said it had sent a letter to the city of Johannesburg's integrity commissioner, Daniel Rampai, on Wednesday requesting an investigation. Good secretary-general Brett Herron said the party was approached by a whistle-blower with information about the alleged undervaluing of commercial properties by the city. 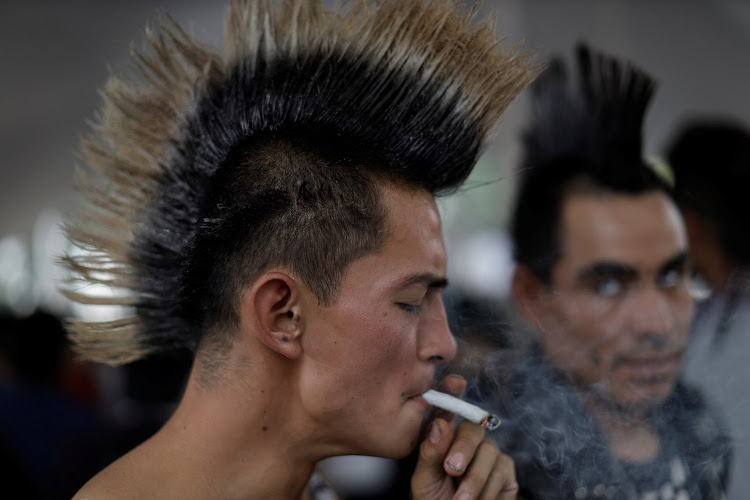 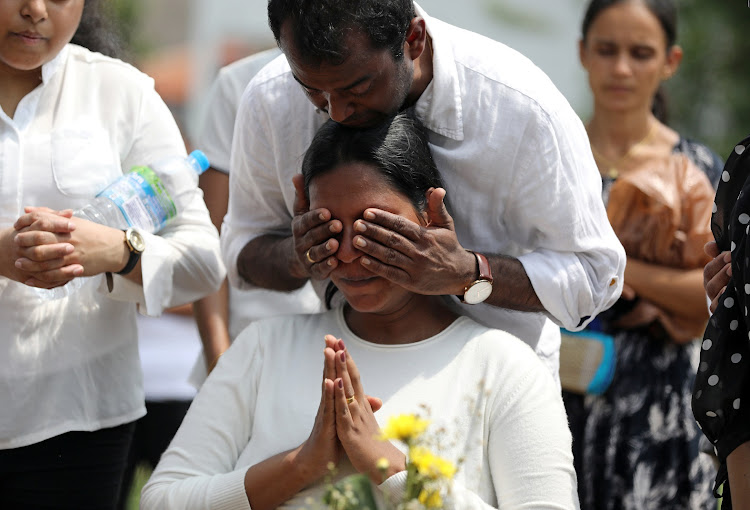 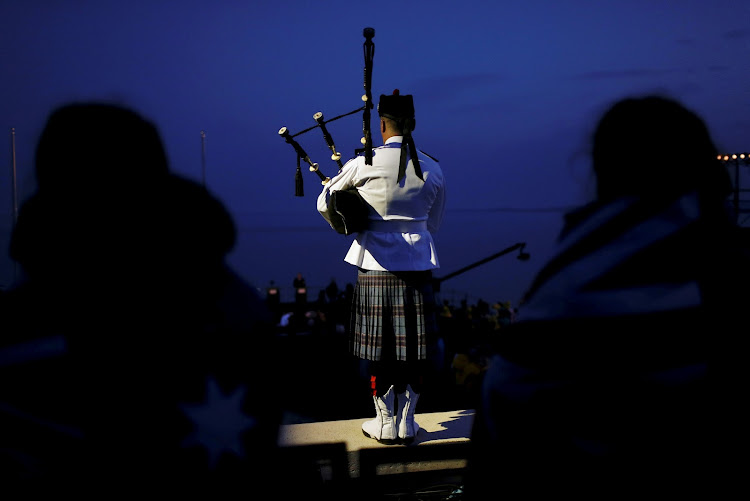 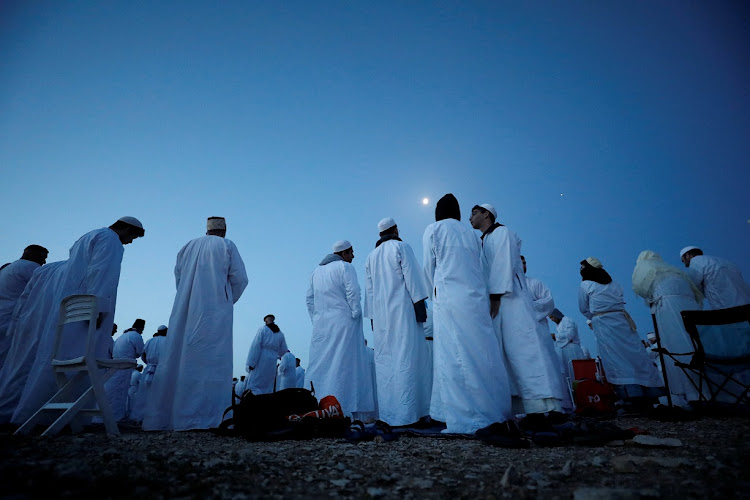 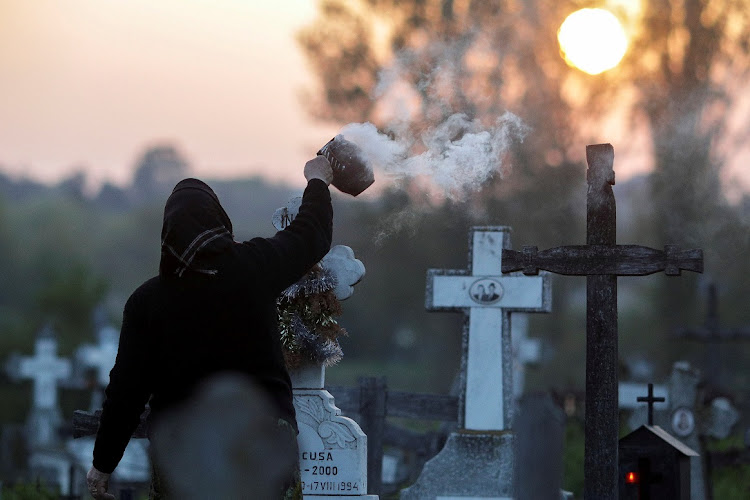 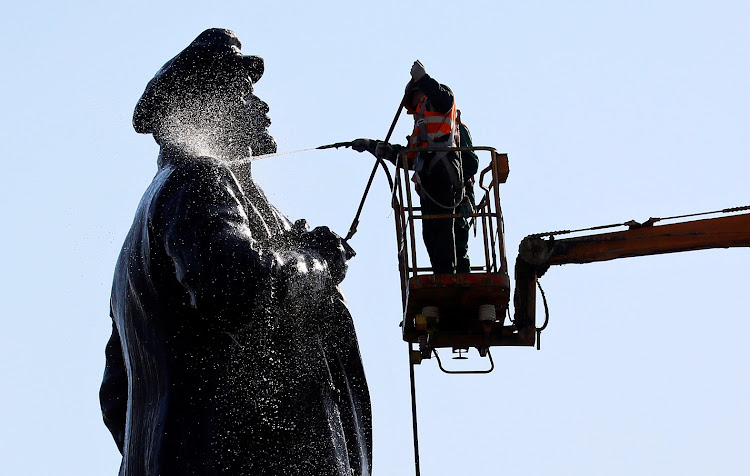 Sources recall how sons of spice tycoon became very close, and how the younger man led his sibling into jihadist group

‘Sidelined’ Harry picks a side, and it’s not William’s. What’s up?

‘I’m not going to be king so I will be able to do whatever I like!’ a young Harry once said

The Tesla boss claims fully autonomous vehicles are months away, when falling asleep will be 'no problem'

The dumbbells are ringing, and they’re calling for your dad bod

SELF-DEFENCE An indigenous man prepares a meal at the Free Land camp in Brasilia during a protest to defend their land and cultural rights.
Image: Reuters/Nacho Doce

Just when we thought she was a has-Bing

Chinese superstar Fan Bingbing has reappeared in public following a year's absence from the spotlight, after authorities targeted her in a crackdown on tax evasion in the entertainment industry.The 37-year-old actress, model, singer and producer has been a ubiquitous household name in China for years and crossed over to Hollywood fame with a role in the 2014 blockbuster X-Men: Days of Future Past. But she disappeared from the public eye and her once prolific social media presence went silent in May 2018 after allegations emerged she had evaded taxes on a lucrative film shoot, charges denied by her studio. Over the past year she was not seen in public and only rarely appeared on social media. She made a return to the spotlight on Monday, walking down the red carpet at a Beijing party for Chinese online video platform iQiyi. Fan posted pictures of herself on Instagram wearing a pink and black Alexander McQueen pantsuit and carrying a Louis Vuitton bag at the gala. – AFP

Do we dare ask them what a poll is?

Fewer than 40% of Europeans know that the European elections will be held in May, and only 5% can give the exact dates, a survey showed on Thursday. According to the poll published by the European Parliament and Kantar Public, 38% of Europeans (excluding Britain) knew in early March the month of the May 23-26 elections. The proportion went above 50% in only seven countries, including Italy where eurosceptics led by deputy prime minister Matteo Salvini hope to ride to victory. The poll however showed that a large majority of Europeans support EU membership (61% on average in 27 countries, excluding the UK), a level not seen since the fall of the Berlin Wall in 1989 or the adoption of the Maastricht Treaty in 1992. – AFP

Japanese scientists have succeeded in creating what they called the first artificial crater on an asteroid, a step towards shedding light on how the solar system evolved, the country's space agency said on Thursday. The announcement comes after the Hayabusa2 probe fired an explosive device at the Ryugu asteroid this month to blast a crater in the surface and scoop up material, aiming to reveal more about the origins of life on Earth. Yuichi Tsuda, Hayabusa2 project manager at the Japanese space agency, said they confirmed the crater from images captured by the probe located 1,700m from the asteroid's surface. – AFP

‘Big Pharma’ pair get taste of own medicine

Two former executives of a leading US pharmaceutical company have been charged with conspiracy to distribute controlled substances. The unprecedented prosecution came as US President Donald Trump vowed to crack down on abuses by "Big Pharma" that have fuelled America's opioid epidemic, which claims the lives of nearly 50,000 people a year. It was the first time senior corporate executives have faced criminal charges in connection with distributing powerful prescription painkillers such as oxycodone and fentanyl, which carry a high risk of addiction and overdose. Laurence Doud, 75, pleaded not guilty in New York to charges of conspiracy to distribute controlled substances and conspiracy to defraud the US as chief executive of Rochester Drug Co-operative (RDC). The charges carry a minimum sentence of 10 years in jail. William Pietruszewski, 53, has already pleaded guilty to the same charges as the company's chief compliance officer. – – © Telegraph Media Group Limited (2019)

After travelling the world for more than two decades seeking to improve access to bathrooms, “Mr Toilet” Jack Sim is ready to plunge into the cinematic world with a film about his unusual campaign. Armed with humour and a plunger, the World Toilet Organisation’s founder is the subject of a film MrToilet:The World’s #2 Man set to premiere this week, as health campaigners warn billions are still at risk of disease due to toilet shortages. “Toilet is my religion and we create a belief system that everybody subscribes to,” the 62-year-old Singaporean said. “We have to make toilet sexy. If governments understand how much money they are already spending (on public healthcare) without having toilets, there is no reason for them not to build toilets,” he added. Sim’s work was the inspiration behind the United Nations’ 2013 declaration of a World Toilet Day, in a push to break taboos around toilets. – Reuters

He was close enough to heaven for a miracle

A Malaysian climber stranded in the open for two nights on one of the world’s most treacherous mountains was rescued in Nepal on Thursday, expedition organisers said. Climbing experts said it was a “miracle” that 48-year-old Chin Wui Kin survived the freezing conditions on Mount Annapurna for so long. Chin reached the top of the 8,100m Himalayan mountain on Tuesday but failed to return to the nearest camp, 1km below the peak, with the rest of his group. Frantic efforts began to find him after his guide stumbled to the camp and raised the alert. A rescue helicopter spotted Kin waving from the snowy slopes at an elevation of about 7,500m early on Thursday, organisers said. Four experienced sherpas were then dropped at another camp at 6,500m. “They have given him some water and are trying to bring him down,” Guragain said. No details of his condition were given. - AFP

The price tag is a chunky R3.3bn, and shareholders led by Coronation Fund Managers are getting the mutters

Amcu: Should we be delighted to see the back of this lot?

Perhaps not. While Amcu is radical and drives a strong populist line, more fiery unions are waiting to step in

Management, auditors, and investment analysts are quaking as bitter shareholders get ready to rumble

I would go out tonight, but my television wouldn’t forgive me

What’s coming on Netflix in May

All bar none but me: When it’s time to call time on the pub

While United got their backsides kicked, I didn’t want to watch Mancunians’ inhumanity to Mancunians

Blasts from the past: Naas makes his Bok debut in 1980