The red flag was when she defended the dropping of charges against Zuma after he pardoned her husband, says report

Now KZN is drowning in plastic after deadly floods

Who was the mysterious ‘pale Xhosa’ hitman in Mihalik’s murder?

NHI protest arrives on the doorstep of Cape private hospitals

Hard to bleat: those ‘tree-climbing’ goats are a big scam

"I burnt the trains," declared Thobela Xoseni during his first appearance in the Cape Town Magistrate's Court on Wednesday. The 30-year-old from Khayelitsha was arrested after video footage from Cape Town Station, where two train fires occurred simultaneously on Sunday, allegedly showed him exiting one of the trains. After explaining something through a Xhosa translator to his attorney, he declared loudly: "I set the trains on fire, I burnt the trains.” Prosecutor Melanie Wells told the court security officers were patrolling the station when they saw smoke coming from trains at platforms 13 and 14. When law enforcement authorities watched the footage they noticed Xoseni leaving a carriage shortly before the fire. Wells requested a postponement for Xoseni's mental state to be assessed by the district surgeon. He will be held in Cape Town central police station until his next appearance on May 2.

Sports minister Tokozile Xasa has stepped into the contractual dispute between Athletics South Africa (ASA) and the SABC in an attempt to prevent a broadcast blackout of this year's Comrades Marathon in June. Fears of a blackout escalated after discussions between ASA and the SABC failed to produce a breakthrough, which led to the Two Oceans Marathon not being shown on television at the weekend. Xasa issued a warning to the two parties to seek common ground and avoid denying South Africans the opportunity to watch major events on television. “This is not good for them (ASA) and the SABC and therefore our intervention is because this situation impacts on the people of South Africa. That is where we enter to say where can we help to find common ground,” said Xasa.

Former SABC COO Chris Maroleng is taking legal advice and is likely to appeal against his dismissal. The public broadcaster said on Tuesday: “The SABC board met on Tuesday April 23. After due consideration of the findings and recommendations of a disciplinary process, the board resolved to terminate the contract … with immediate effect.” Maroleng was appointed in January 2018. Speaking on Radio 702, Maroleng said he felt “quite devastated” after being axed and insisted that he had acted in the best interests of the broadcaster. He confirmed he was “currently considering my options with my legal advisers”. He added that he would probably appeal against his dismissal.

Botswana has banned Bridgette Radebe from entering the country visa-free, according to documents seen by AFP on Tuesday. A document issued by Botswana's immigration minister, Magang Ngaka Ngaka, on April 17 2019, said energy minister Jeff Radebe's wife must "obtain a visa to enter Botswana". The official reason for the move is not given, but local media have accused her of meddling in Botswana's politics. The 59-year-old is president of the SA Mining Development Association. She is also the older sister of billionaire Patrice Motsepe, and of SA's first lady, Tshepo Motsepe. South Africans normally do not require an advance visa to travel to their landlocked, diamond-rich neighbour, although several prominent figures have been blocked from entering the country without first applying for permission. President Cyril Ramaphosa sent foreign minister Lindiwe Sisulu to Gaborone last week after the accusations surfaced in the media that his sister-in-law had meddled politically.

Toddler snatched while mom was attacked

A huge search is under way for a two-year-old boy who was allegedly snatched by a man who tried to rape the child's mother. A large police contingent - including officers on horseback - were joined by residents in the search for the child, who went missing on Saturday after his mother was attacked while sleeping at home in Delportshoop, Northern Cape. The attacker had threatened to kill the woman and attempted to rape her, but was fought off. Before fleeing, he allegedly snatched the woman’s son. Police said a man was arrested and appeared in the Barkly West Magistrate's Court on Tuesday on four accounts of attempted rape and housebreaking charges. He was remanded in custody. During the search clothing believed to be a child’s was found in the veld. Delportshoop is next to the Vaal River.

The South Gauteng High Court ruled on Wednesday that the application by three ANC members - who were disgruntled that their names were not on the list of candidates to represent the party in the Free State legislature - was not urgent. Judge Nomonde Mngqibisa-Thusi on Wednesday struck their application from the court roll with costs. This means that the application by Dan Khothule, Mokotso Mokotso and Mongi Ntwanambi will not be heard before the May 8 national and provincial elections. The three wanted the court to declare that the conference, its resolutions and outcomes null and void, including the election of the nominated candidates for the Free State legislature and the national assembly. Their application was opposed by the ANC and the party's Free State provincial executive committee, which said the matter was not urgent. ANC acting spokesperson Dakota Legoete welcomed the judgment. 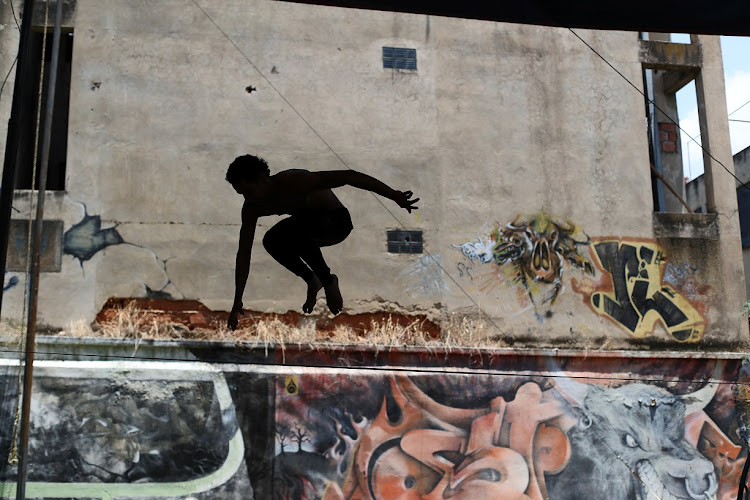 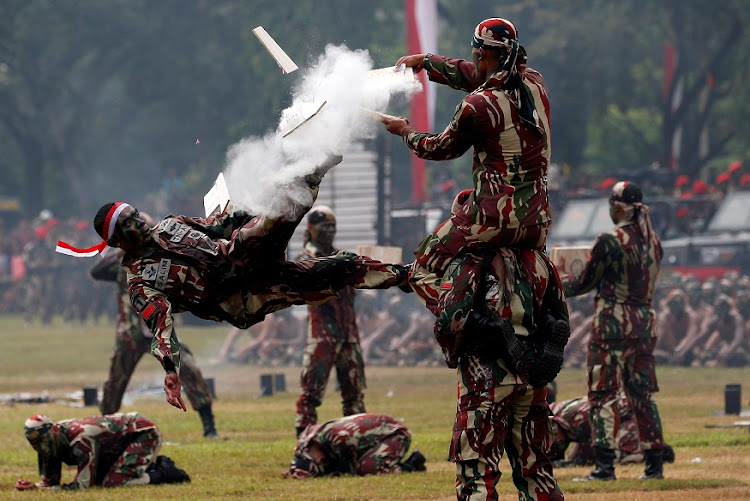 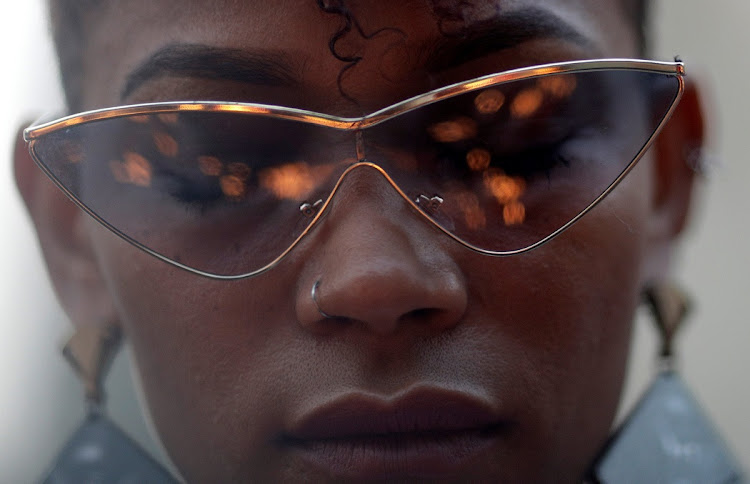 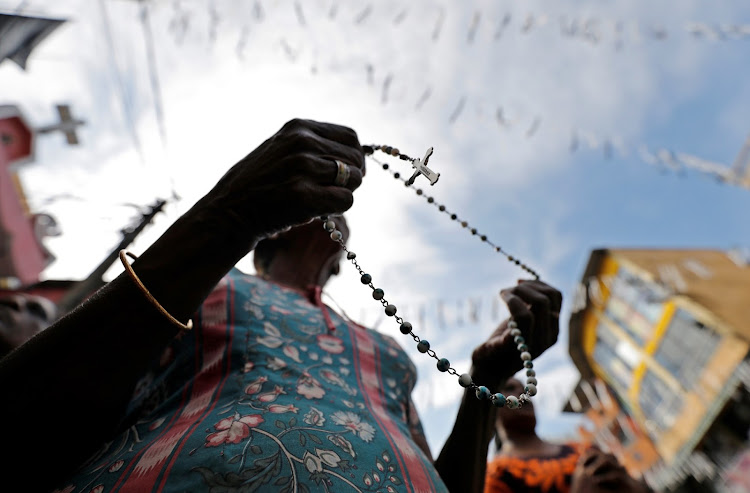 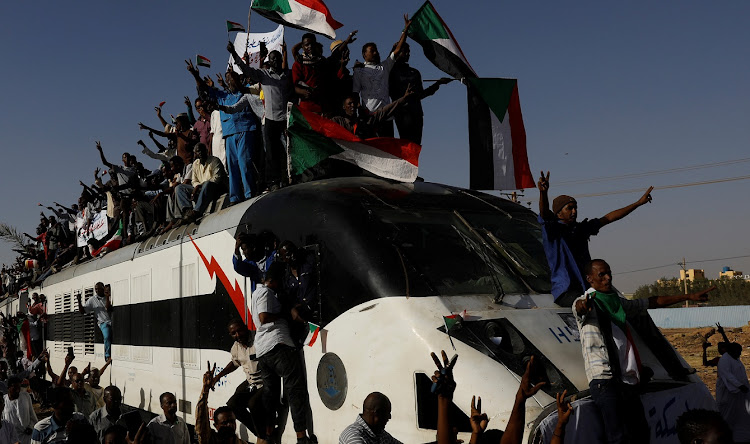 Inside the Hollywood ‘Wrexit’ that could wreck the status quo

Scriptwriters have voted to ‘fire’ their over-powerful agents. It's the start of an overdue showbiz revolution

You smell with your tongue? Yup, there’s more than a lick of truth to it

Researchers say the groundbreaking findings could provide a solution to obesity

If you think the Loch Ness Monster is a dinosaur, blame fossil hunters

Experts point to mass illusion where people attribute any unexplained shape to dinosaurs, thanks to discovery of fossils

They make it clear they aren't at all happy about the film, which takes a fair deal of artistic licence

THE GAME NEVER STOPS A boy kicks a ball as people hang out on the street in Guadiana del Caudillo, Spain.
Image: Reuters/Susana Vera

Now Airbnb wants to get into showbiz

Hollywood has a new suitor in Silicon Valley. Airbnb, the high-flying startup for booking home rentals around the world, has ambitions to develop a slate of original shows to whet customers’ appetite for travel. The strategy is crucial for the company, which is privately valued at $31bn and is gearing up for an initial public offering of stock expected next year. Airbnb must distinguish itself from Booking.com, Expedia and others in the fiercely competitive travel industry, where renting services are increasingly common. Airbnb has discussed working with studios as well as starting its own. It would stream films and shows through its app as well as through other video platforms. — Reuters

Zama-zamas are coining it in the UAE

Billions of dollars’ worth of gold is smuggled out of Africa every year through the United Arab Emirates, a gateway to Europe, the US and beyond. Customs data shows that the UAE imported $15.1bn worth of gold from Africa in 2016, more than any other country and up from $1.3bn in 2006. Much of the gold was not recorded in the exports of African states. This indicates large amounts of gold are leaving Africa with no taxes being paid to the states that produce them. Industrial mining firms including AngloGold Ashanti, Sibanye-Stillwater and Gold Fields do not send their gold to the UAE — indicating that its gold imports from Africa come from other, informal sources. — Reuters

Enjoy the rainforest while you can, folks

Illegal logging in Brazil’s Amazon rainforest has intensified since President Jair Bolsonaro came to power in January. Bolsonaro, a far-right champion of agribusiness, vowed during last year’s election campaign that he would not give up ‘one centimeter more’ of land to indigenous communities, home to about 60% of the Amazon. Conservation group Imazon said deforestation increased 54% in January — the first month Bolsonaro was in office — as compared with a year earlier. Indigenous land rights are recognised in Brazil’s constitution, which forbids any activity — such as mining exploration or timber extraction — that threatens traditional ways of life. But the government has hinted that Brazil may end these restrictions. — AFP

Hey, we’re only in it for the money

They are young, Western, and full of praise for Pakistan: Sponsored travel influencers have moved in on the ‘land of the pure’, but critics warn their rose-tinted filters are irresponsible and sell an inaccurate picture of the conservative, militancy-scarred country. Cricketer-turned-prime-minister Imran Khan is keen to promote the nation’s tourism potential. The push has resulted in an influx of foreign travel bloggers extolling its virtues. But there are concerns influencer content does not reflect the major challenges, from infrastructure to extremism, that Pakistan is facing as it embraces modern tourism. — AFP

As long as they weren’t braaiing up there

Workers renovating Notre-Dame flouted a ban on smoking, a contractor admitted on Wednesday, while denying any link with last week’s devastating blaze that ripped through the cathedral. ‘There were colleagues who from time to time broke the rules and we regret it,’ a spokesman for scaffolding company Le Bras Freres said, before adding: ‘in no way could a cigarette butt be the cause’. Notre-Dame’s now mostly-destroyed roof was made of wood, and included some of the original beams erected in the 12th century. He dismissed the idea of a cigarette starting the fire, saying ‘anyone who has ever tried to light a fire at home knows that it is not by putting a cigarette butt on an oak log that anything happens’. — AFP

China has arrested former Interpol chief Meng Hongwei on suspicion of accepting bribes. In a remarkable fall from grace, Meng — who had also served as vice minister of public security — vanished last September during a visit to China from France, where Interpol is based. Meng has been expelled from the Communist Party and his official positions. The powerful public security ministry said Meng’s ‘poisonous influence’ had to be ‘thoroughly eliminated’. Critics say President Xi Jinping’s anti-graft campaign has served as a way to remove the leader’s political enemies. Over a million Communist Party officials have been punished so far during Xi’s six-year tenure. — AFP

As strike ends, workers and Sibanye are in a world of pain

If we don’t get an interest rate cut this year, blame the rand

Local currency ended Wednesday on its longest losing streak in five months, some 9% off its best level in 2019

Cheap it may be, Value Group still gives investors jaundice

Fear and clothing: Poking the eye of surveillance capitalism

Beat this if you want to break the internet, says J.Lo

SPORTS DAY: KG and the lads head home honed by the IPL

World Cup: Anybody in the mood to forgive these guys?

Matters will come to a head at Old Trafford on July 6, when the opponents will be Australia and SA

Blasts from the past: Murray finally throws in the towel