ANALYSIS: Hold your horses, Time. Cyril isn’t all that influential ... yet

Death, devastation and heartbreak rain down in KZN

Dad says that, based on the results of the Joburg Curro school test, his son shouldn't even be able to spell his name

Moths at war over claim by man crushed by wheelchair

The man has won his claim against the Memorable Order of Tin Hats, but the organisation is fighting back

Swazi woman needs to secure an internship after studying in SA, but she can't because she was not born here

Climate change hell is near, but don’t expect Gwede and Co to care

You’d expect it to be on their election manifestos, but politicians are more concerned with political point-scoring

They are the most persecuted group of believers on Earth, but it's particularly grim in North Africa and the Middle East

Can you really escape the horrors of menopause with a good chat?

‘Talking cure’ recommended for women who struggle with symptoms, and it is no placebo, researchers say

THE BRIDGE TO RECOVERY Nicole Nel, a pupil injured in the tragedy, walks across the the newly rebuilt walkway at Hoёrskool Driehoek in Vanderbijlpark with Kaden Kruger on Tuesday. In February‚ 17-year-old pupils Roydon Olckers‚ Jandré Steyn and Marli Currie all died on the school premises‚ while a fourth‚ Marnus Nagel‚ succumbed to his injuries in hospital after the previous faulty structure collaped.
Image: Alon Skuy

No chance of EFF coalition with DA: Malema

EFF leader Julius Malema says his party will consider coalition talks with the ANC after the general elections next month - but not with the DA. Speaking to the media while visiting his party's stand at the Rand Easter Show in Johannesburg on Tuesday, Malema said the DA was "biting the hand that feeds them". He was referring to accusations illustrated on DA election posters that allude to the EFF's alleged involvement in the VBS bank controversy. "After insulting us like that, they expect to come and call us to sit and share a government … I don’t think it will work," said Malema. The EFF would consider coalition talks with the ANC because the governing party had "not been hostile".

Dad who mistook son for hijacker waits to learn fate

A father who shot dead his teenage son outside school, believing he was a hijacker, will have to wait a while longer to know his fate. The Lenasia Magistrate’s Court heard on Tuesday that investigations into the shooting, in which Sibusiso Tshabalala killed his son Luyanda, are yet to be finalised. Prosecutor Nerrisa Muller told the court that although the social worker’s report and victim impact report were concluded, they were yet to be handed over to the state. Tshabalala’s lawyers previously told the court that they reached an agreement with the office of the director of public prosecutions to draft a plea and sentence agreement. Luyanda, 16, was killed in June 2018. His father had fallen asleep in his car, waiting for him to finish, when Luyanda knocked on the window. Mistaking him for a criminal, Tshabalala opened fire. The case was postponed to June 4.

Hoёrskool Driehoek in Vanderbijlpark unveiled its newly built walkway on Tuesday, after the previous walkway collapsed in February, killing four pupils. Gauteng education MEC Panyaza Lesufi cut the ribbon on the new structure. He also revealed that the department had been hit by a number of legal claims - including for medical bills - in the wake of the collapse. Lesufi said a report - made up of three independent reports - would be released in the next 10 days. In February, 17-year-old pupils Roydon Olckers, Jandré Steyn and Marli Currie all died on the school premises, while a fourth, Marnus Nagel, succumbed to his injuries in hospital. A Grade 9 child sustained spinal injuries in the collapse. At the time of the tragedy residents flocked to the school to pay their respects. Flowers, cards, candles and pictures of those who died were placed in front of the school gates. Pupils in school uniform prayed at the school.

Police have confirmed the arrest of a suspect in connection with a fire at a Cape Town station that destroyed two train sets worth an estimated R33m. CCTV cameras had captured images of two people at the scene of the blaze on Sunday. Police spokesperson Lieutenant-Colonel Andrè Traut said a 30-year-old Khayelitsha resident was apprehended by Passenger Rail Agency of South Africa officials. “Surveillance footage was used to identify the suspect. The possibility of more arrests is not ruled out,” Traut said. The man is expected to appear in court on Wednesday.

SA will go ahead with a bid to host the Women’s World Cup in four years’ time - and football’s world governing body Fifa has confirmed the country’s bid is among nine still in the race. It comes as the second deadline for bidding nations passed last week‚ before Fifa closed for business over Easter. SA Football Association acting chief executive secretary Russell Paul confirmed that the required registration papers had been sent to Zurich‚ affirming the country’s intent to continue with the bid for the 2023 event. For the next women’s World Cup‚ Fifa does not want the host country to build new infrastructure but use established stadiums. It said Argentina‚ Australia‚ Bolivia‚ Brazil‚ Colombia‚ Japan‚ New Zealand and South Korea (who are planning a joint bid with North Korea) were all still in the race. The final decision will be made in March 2020.

KwaZulu-Natal police arrested nearly 30 people for being in possession of illegal firearms and ammunition during week-long Easter operations. Police spokesman Lieutenant-Colonel Thulani Zwane said the operations were aimed at dealing with the proliferation of illegal weapons in the province. "Police ... conducted roadblock operations where searches were conducted for illegal firearms. A total of 25 illegal firearms, including pistols and homemade firearms, were recovered. Police confiscated 207 rounds of ammunition and 28 suspects were arrested for being in illegal possession of firearms and ammunition," said Zwane. The recovered weapons would be submitted for ballistic tests to establish if they were used in other crimes.

A rampaging elephant caused havoc in a South Indian town last Thursday. The elephant was reportedly taking part in a festival at Kalimuthi temple in Kuzhalmannam, Kerala, when it broke its chains and attacked its handler. It was eventually captured. 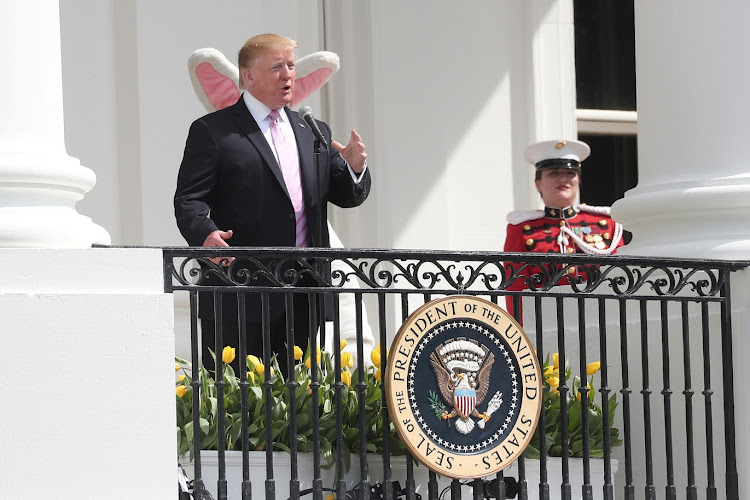 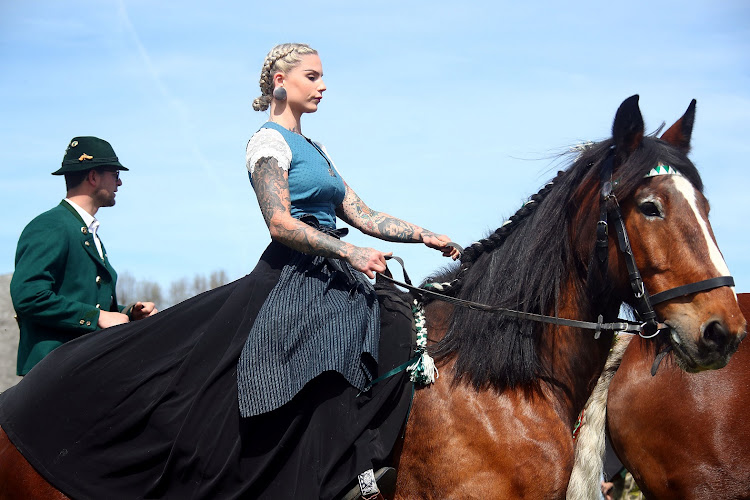 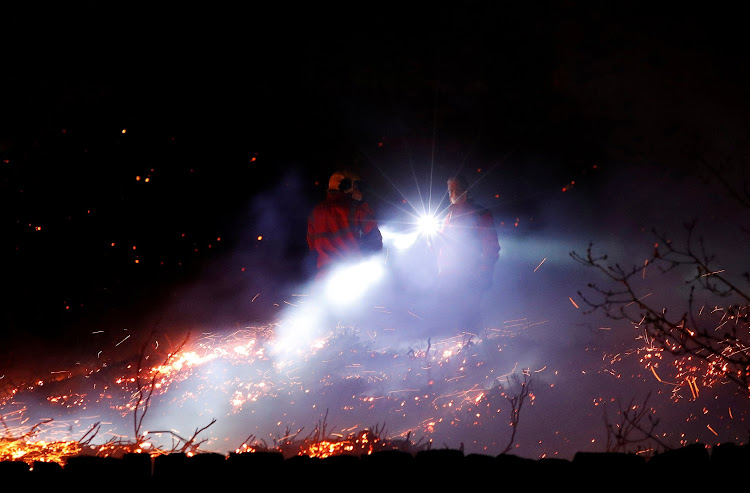 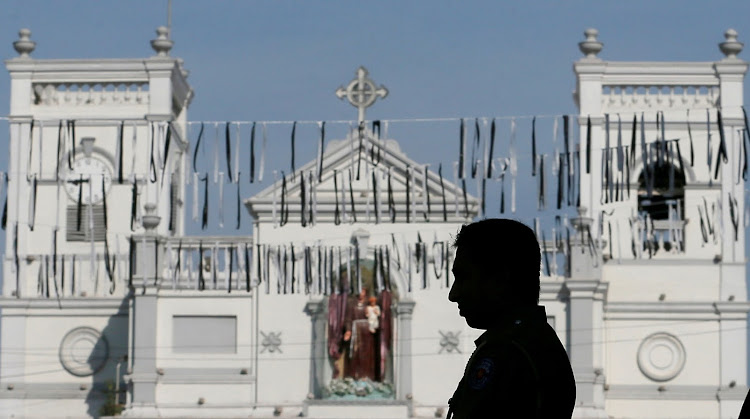 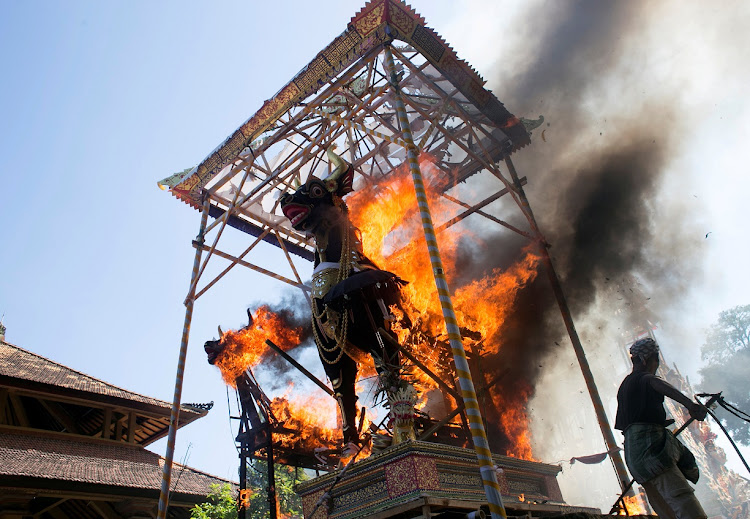 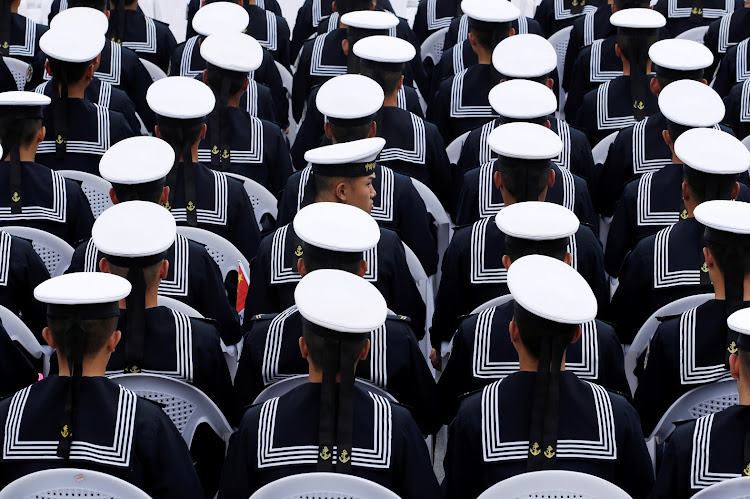 Uber’s ‘racist’ app a slap in face for black driver

The funeral is dead, and this ground is fertile for human composting

Your baby at war with greens? Here’s how to keep the peas

Infants squinting at new food is not necessarily a negative reaction

ROYAL TOT The Duke and Duchess of Cambridge’s son, Prince Louis, at their home in Anmer, Norfolk. Kensington Palace released the photo to mark his first birthday.
Image: Kensington Palace/AFP

Thai royal astrologer cast King Maha Vajiralongkorn’s horoscope to prepare for coronation ceremonies next week. Buddhist monks chanted as the horoscope for the king’s reign was cast on a golden plaque during the three-hour ceremony. Neither the horoscope nor its interpretation were made public. – Reuters

Officials go into lion-infested jungle for one vote

Indian officials travelled nearly 70km through lion-infested jungle this week to ensure holy man Bharatdas Darshandas, 69, got his chance to vote. A four-member team was accompanied by a policeman deep into the Gir wildlife sanctuary in Gujarat. The priest has lived at his remote temple for two decades, and hasn’t missed an election since 2002. – Reuters

Nagasaki University in Japan has stopped hiring teaching staff who smoke amid an anti-smoking campaign ahead of the 2020 Olympics. The university said, however, that applicants who promised to quit before taking up their post could still be offered employment. The university will also ban smoking entirely on campus from August. – AFP

Migrant workers on Irish fishing ships will be given additional protections aimed at preventing modern slavery under a deal agreed between the Irish government and a union. Fishermen whose work permits were previously tied to a single ship will now have the right to switch to another vessel without losing their right to work. Campaigners said the change would protect workers who were previously left vulnerable to exploitation by ship operators. – Reuters

British MPs get schooled by a teen activist

Climate activist Greta Thunberg, 16, met British MPs as protests against global warming continued in London. The Swedish met Jeremy Corbyn along with leaders and MPs from other parties. ‘We just want people to listen to the science,’ the teen told MPs. A place was pointedly left empty for Theresa May, who was reportedly invited but chairing a cabinet meeting at the time. – AFP

Former French PM Francois Fillon, whose 2017 bid for the presidency was torpedoed by a fake job scandal involving his wife, is to face trial. Investigating judges have recommended the rightwinger be tried on charges of misusing public money, misuse of corporate assets, conspiracy and failing to fully disclose his financial assets to a French watchdog. – AFP

SA’s bond market is vrot with danger, and it affects us all

Yes it’s a black hole, but it might as well be Gold Brands

More companies should think before they list. Once listed, there is no guarantee of quality. Buyers beware

Texton: Pre-Brexit, the PIC must have thought it a gimme

But nobody’s laughing now. The property fund may have great UK assets, but its share price doesn’t agree

Just for the record: The little guy from Kenya knockin’ on Dylan’s door

No boos for this booze, just cheers

Rum, wine, gin, whisky and something weird from Sweden – five top tipples to add to your collection

Braving the Berg and defying his bald spot, this reporter waded in at ‘SA’s friendliest festival’

You’ll see why bubble hotels are so clearly impressive

Get 360-degree views from these unusual lodgings, the most fun and quirky accommodation in the world

What made Danie Gerber the best Springbok ever? Football

Blasts from the past: Brazil wipe out Chippa and Doc goals