Marked for a life: get a free tattoo to show you’re an organ donor

Report said charge him, but this CFO’s boss renewed his contract instead

We want to believe Cyril is safe, but our fears are not unfounded

Despite the sound arguments, I still believe in the ANC’s supernatural ability to perform miracles of pure destruction

Get a claws in your policy for pet pandemonium

Babies’ road to health starts from the digital belly

Adult friendship is odd, filled with strange ambivalences and hesitancies - and it's difficult

Bow-wowzer, not this schnauzer! When you hate your dog

It may be the ultimate taboo, but I reached a point where I could not stand my dog

As they release a new album, they describe how they achieved success in a man's world

ON THE LOOKOUT FOR THE ASCENSION A woman reacts to the sun coming out during the annual Easter Parade on Fifth Avenue, New York.
Image: Reuters/Stephanie Keith

Two train sets that were burnt to ashes at Cape Town station on Sunday were worth an estimated R33m, according to Metrorail. Richard Walker, regional head of Metrorail, said that two platforms were also damaged during the blaze and warned that commuters would feel the knock-on effects. Western Cape Transport MEC Donald Grant said on Monday that CCTV footage had captured images of two people at the scene of the blaze, who were initially apprehended by security but then escaped.

I won’t stand for lies about me: De Lille

‘That review application seeks to continue their malicious lies against me and I will not stand for it.’ These were the words of Good leader Patricia de Lille who on Monday said she had no choice but to go to the high court to get an interdict preventing the DA from telling ‘lies’ to voters that she had been ‘fired’ as the former mayor of Cape Town. The Electoral Commission (IEC) found last week that the DA had breached the Electoral Act and the Electoral Code by instructing its call centre operatives to tell voters that De Lille had been fired from the party. The party was ordered to apologise. But in response, the DA said it would it would go to court to set aside that decision.

More than 900 suspects were arrested during an extensive Easter holiday crime blitz across Gauteng, police said on Monday. ‘This massive multi-disciplinary operation led to the arrest of more than 905 suspects from Thursday, April 18 2019, as law enforcement agencies paved the way for smooth and crime-free holidays,’ said provincial police spokesperson Captain Kay Makhubele. People were arrested for various crimes that included the possession of dangerous weapons, possession of drugs, malicious damage to property, defeating the ends of justice, assault GBH, intimidation, theft, driving while under the influence of alcohol, common assault, rape, fraud and kidnapping.

A police constable succumbed to his injuries after being shot multiple times while on patrol in Durban. The constable, along with other members of the SAPS, was patrolling the M19 Road, between Reservoir Hills and Pinetown, on Sunday when he noticed a car parked with its hazard lights on and decided to investigate. ‘As the constable approached the vehicle, an occupant of the vehicle shot and fatally wounded the constable. The suspect fled from the scene but handed himself over at the Sydenham police station,’ said SAPS national spokesperson Brigadier Vishnu Naidoo. Rescue Care paramedics found the shot constable in a state of cardiac arrest. ‘Unfortunately there was nothing more paramedics could do and the man was declared deceased on the scene,’ said Rescue Care.

Three kids drown in abandoned mine

The parents of three children - two siblings and a friend all younger than 10 - are in mourning after the youngsters drowned at an abandoned illegal mine in Mecklenburg, Limpopo, where they had gone to play on Sunday. ‘The parents became suspicious when, at about 5pm, the children had not returned and were nowhere to be found. They searched in the area and proceeded to the illegal mine hole which was filled with water due to the recent rains that fell in the area,’ said police spokesperson Captain Mamphaswa Seabi. ‘On arrival, they were met by the sight of their children's clothes next to the dam and started anticipating that the worst might have happened.’ Police were summoned and ‘the three bodies were later retrieved from the water. They were identified as the Ramabala siblings - Machaba aged eight and Itumeleng aged nine as well as their friend, Pabalelo Mokgethwa, aged seven,’ said Seabi. An inquest case was opened.

President Cyril Ramaphosa has vowed to help prioritise the global fight against terrorism following bombings that claimed the lives of more than 200 people in Sri Lanka over the Easter weekend. ‘The president condemned the attacks in the strongest terms and emphasised that in solidarity with the people of Sri Lanka, South Africa will continue to use its non-permanent seat on the United Nations Security Council to prioritise the fight against terrorism and extremist groups across the world’" said spokesperson for the presidency Khusela Diko. The presidency wished a speedy recovery to those who were injured in what it described as ‘horrific attacks’. 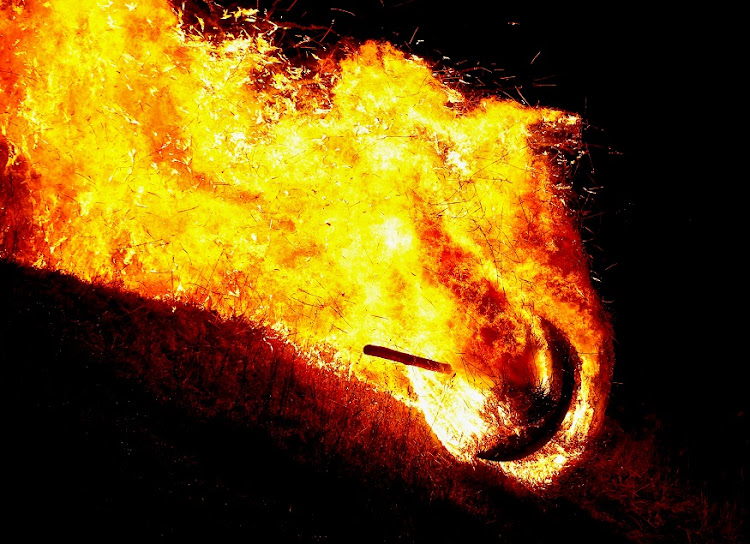 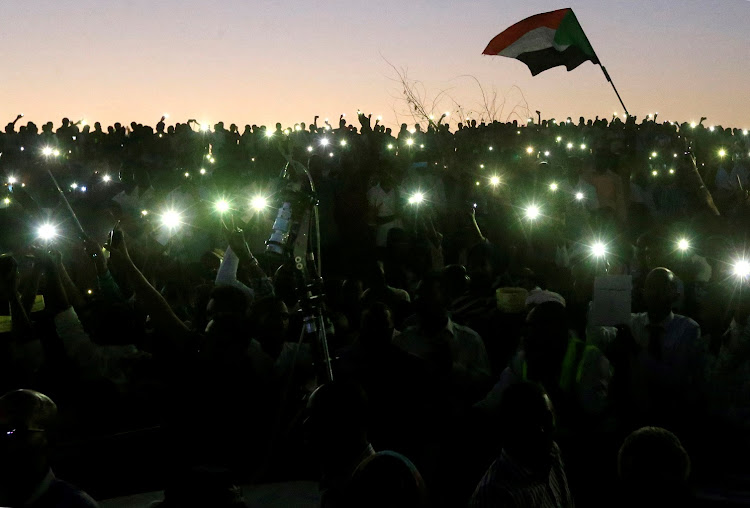 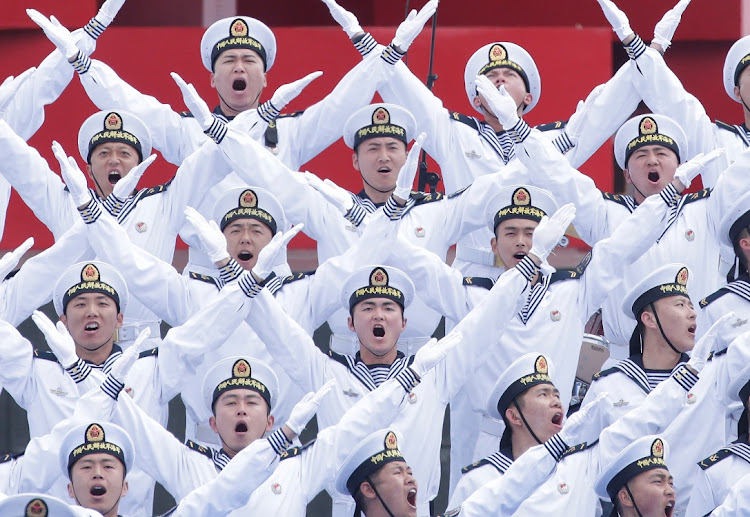 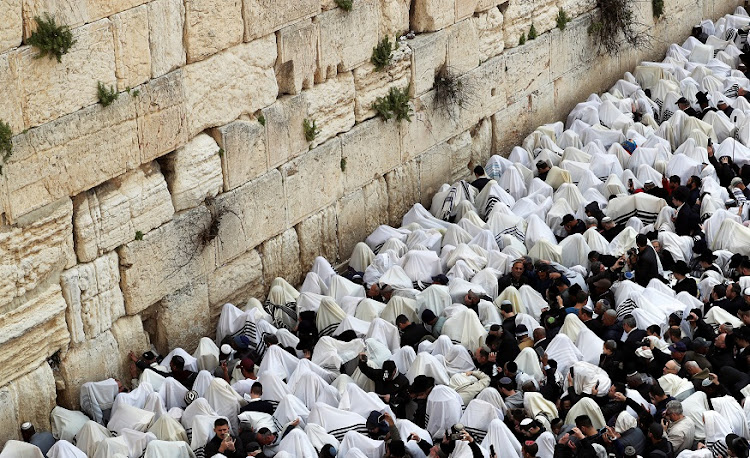 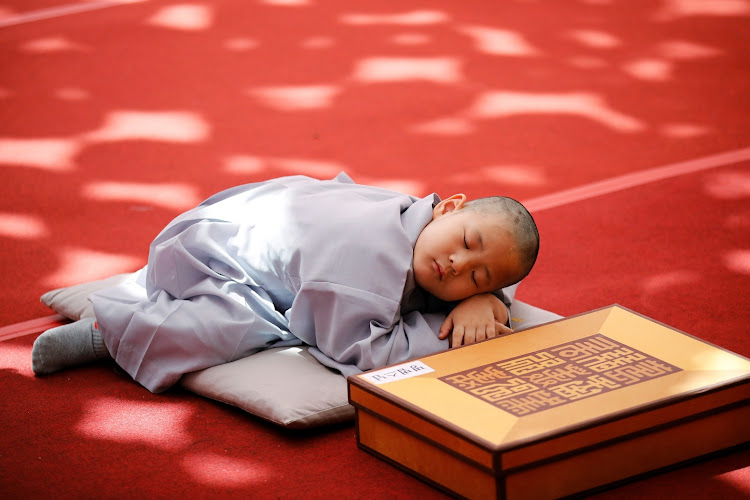 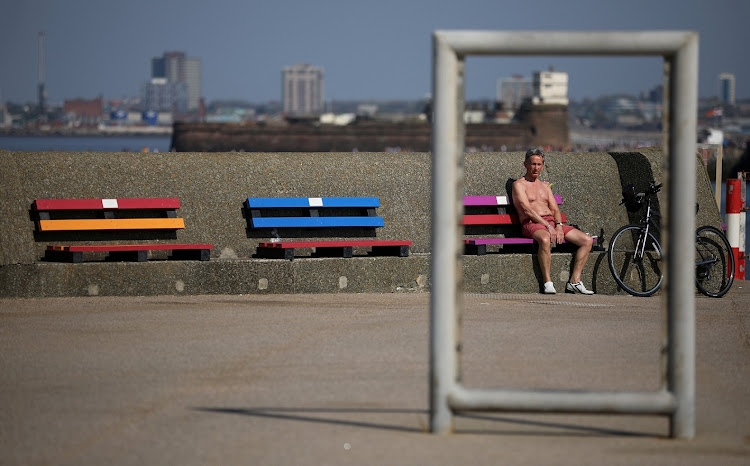 Harry and Meghan ponder their next home in Africa, but where?

Daniel Mauser was killed 20 years ago, but the massacre's terrible legacy prevails, his father says

The number of human-bear encounters has shot up in recent years, according to Arctic scientists

Air of optimism for canny companies

With just days until Japan ushers in a new era with the crowning of a new emperor, one entrepreneurial company is cashing in by selling cans containing "the air of the outgoing era" - a breeze at $10. The can filled with "the air of Heisei" - the 30-year reign of current Emperor Akihito - hit the shelves on Monday at the ambitious price of 1,080 yen (R135), with producers hoping to sell as many as 1,000 units. They contain nothing but "the air of the current era" and a five-yen coin, often considered a lucky charm. – AFP

The World Jewish Congress has condemned a Polish town after reports that residents hung and burnt an effigy "made to look like a stereotypical Jew" in a revival of an old Easter tradition. WJC chief executive Robert Singer expressed "disgust and outrage at this latest blatantly anti-Semitic manifestation". He added: "Jews are deeply disturbed by this ghastly revival of medieval anti-Semitism that led to unimaginable violence and suffering.” Polish media reports showed photos and video footage of residents, including children, of the southeastern town of Pruchnik using sticks to beat an effigy of Judas on Good Friday. The figure, which had sidelocks and a large nose, was then beheaded, set on fire and tossed into a river, according to the reports. – AFP

The UK’s Government Communications Headquarters has warned the public to stop using 100,000 common passwords for their online accounts as it said that the most common words were being shared on the internet by hackers. The UK intelligence agency's National Cyber Security Centre (NCSC) division has published the 100,000 most commonly used passwords, which reveal that hundreds of thousands of people are using easy-to-guess passwords such as the name of their favourite football team or band. More than 280,000 people use "liverpool" as an online password, while more than 333,000 accounts use "superman". The most common passwords are "123456", which is used for 23.2 million accounts, and "123456789", used for 7.7 million accounts. – © Telegraph Media Group Limited (2019)

Heat is on climate-change protesters

The number of environmental campaigners arrested during eight days of direct action in London topped 1,000 on Monday, police said, adding that Waterloo Bridge, one of the sites blockaded by the protests, had re-opened to traffic. Climate group Extinction Rebellion has targeted sites in central London, such as Oxford Circus and Parliament Square, in a campaign of non-violent civil disobedience with the aim of stopping what it calls a global climate crisis. Police said 1,065 people had been arrested in connection with the protests, and they had charged 53 with offences including obstructing the highway. – Reuters

A floating home to die for - literally

Thailand's navy have begun towing to shore the floating cabin of a fugitive US citizen and his Thai girlfriend, both prominent members of the "seasteading" movement who face possible death sentences for setting up their offshore home. The cabin set on top of a spar 14 nautical miles off the island of Phuket had been touted as milestone in the movement to build floating communities in international waters as a way to explore alternative societies and governments. Authorities have revoked the visa of bitcoin trader Chad Elwartowski, 46, and charged him and his partner, Supranee Thepdet, with violating Thai sovereignty, punishable by the death penalty or life in prison. – Reuters

Not quite the China blast Musk had in mind

US electric car maker Tesla said it had sent a team to investigate a video on Chinese social media that showed a parked Tesla Model S car exploding, the latest in a string of fire incidents involving its cars. The video, time-stamped Sunday evening and widely shared on China’s Twitter-like Weibo, shows the parked vehicle emit smoke and burst into flames seconds later. A video purportedly of the aftermath showed a line of three cars completely destroyed. Shares of Tesla were down less than 2% at $268.5 in trading before the bell. Reuters was not immediately able to verify the origins of the videos, which Weibo users said were taken in Shanghai. The cause of the explosion could not be immediately ascertained from the videos. - Reuters

Where we all have to turn on some serious firepower

Boss Mark Cutifani’s remuneration in 2018 more than doubled to £14.2m thanks to company incentive plan

EasyEquities: A tough gig, but the band plays on

Book extract: Law have mercy when politics enters the court

What happens when conflicts once fought on streets or in parliament find their way to the judiciary?

The weather’s closing in and you’ve got nothing to read?

Just wait a minute and take a long, hard look at your art

Nice one, selectors, you got SA squad pretty much dead right

Blast from the past: Ambrose and Walsh spark SA collapse