Security agencies should be firewalled against meddling to fend off capture

We need a new genius to save Notre Dame from a garish, ritzy fate

Nuts! That showy male is making up for small balls

The smaller a primate's testicles, the larger its secondary sexual characteristics, but how does it apply to humans?

More than 70% of retailers physically bank their takings every month, and criminals know who they are

This SA fellow is a right royal medical hero

The exhausted mutt, who was fished from the ocean by oil rig workers, now has a second swing at life

It's better to use the lens of cultural fantasy, not the reality of a cathedral ablaze, in thoughts on our politics

The election circus is getting rowdy, and it’s just getting started

The slum will rise: how upgrades are bearing fruit for Nairobi’s poor

New tarred roads, access to water and housing are just some of the efforts that are giving these Kenyans fresh hope

Three cops fired, 40 to be disciplined for protest

Three police officers have been fired and more than 40 others are expected to face disciplinary action for an illegal protest in Durban on Monday. National police spokesperson Brigadier Vishnu Naidoo said on Tuesday the group allegedly marched through parts of the city to the police headquarters in Durban, where they demanded to speak to the acting provincial commissioner about a list of grievances. “Discussions between the provincial police management lasted until 2am this morning. However, they were informed that they were transgressing the law and that disciplinary action would be instituted against them," Naidoo said. Following the discussion, three officers were dismissed. Another 21 will face disciplinary action at provincial level while 20 others will be disciplined at national level. Naidoo said the officers were likely to face charges in terms of the Gatherings Act, the National Road Traffic Act, the SA Police Service Discipline Regulations as well as municipal bylaws.

Former real estate executive Jason Rohde, jailed for killing his wife, is now pinning his hopes on the Supreme Court of Appeal after the high court dismissed an application for leave to appeal against his conviction and sentence on Tuesday. Rohde was sentenced to 18 years in jail by the High Court in Cape Town for murdering his wife Susan. Judge Gayaat Salie-Hlophe also found him guilty of obstructing the administration of justice by making Susan's death look like suicide. Salie-Hlophe thwarted Rohde's bid for freedom on Tuesday. His lawyer, Daniel Witz, confirmed that an application for leave to appeal, launched in March, had been dismissed. “She [Salie-Hlophe] believes we have no reasonable prospects of success on appeal. We obviously disagree. Our instructions now are that we should petition the Supreme Court of Appeal,” said Witz. He said Rohde was hopeful about the outcome of his next appeal.

An assault case against EFF MP Marshall Dlamini was postponed until June 5 in the Cape Town Magistrate’s Court on Tuesday. The MP’s counsel indicated they would like the case to be heard after the general election. Dlamini was filmed slapping a plainclothes police officer at parliament after the State of the Nation address in February. Charges of assault were laid by a male warrant officer and a female sergeant, said police spokesperson Brigadier Vishnu Naidoo. The EFF claimed the scuffle was in response to a death threat against party leader Julius Malema. On Tuesday, the defence indicated it was waiting for further particulars of the charge, and said Dlamini intended making representations to the director of public prosecutions. Dlamini seemed unfazed and revealed after appearing in court that he was more concerned about the upcoming general election

Two people have been arrested in connection with the hoax resurrection video flighted in February by pastor Alph Lukau's Alleluia Ministries International. National Prosecuting Authority (NPA) spokesperson Phindi Louw-Mjonondwane confirmed on Tuesday that two people were arrested on fraud charges in connection with the alleged resurrection. "They are in custody. They will be appearing in the Johannesburg Magistrate's Court to apply for bail," she said. Police spokesperson Captain Mavela Masondo said in March that the police were investigating three cases of fraud opened in connection with the "resurrection" incident. Brighton Moyo, the man falsely "brought back to life", has meanwhile died of pneumonia in his home country of Zimbabwe, TimesLIVE reported this week. There he was known as Thabiso Mlanje, 28. The church had denied knowing in advance that it was a "fake miracle".

A Midrand school was cleaned out of cash and computers on Monday night, the Gauteng education department said on Tuesday. “We are under siege from these criminals, how do people continue to derail education of our children in this fashion," said Gauteng education MEC Panyaza Lesufi. The break-in occurred at the Gideon Rambuwane Rambuwani Primary School in Klipfontein View, Midrand. The lost equipment includes a server, two laptops, 27 computers, two cameras, R2,000 cash and a gas stove. A school safety summit is being hosted on Wednesday by both the Gauteng department of community safety and Gauteng education department to tackle school break-ins, gangsterism, bullying, and violence against pupils and teachers

The Tshwane University of Technology's former SRC leader, Sthembiso Mbatha, has expressed relief after being cleared of criminal charges emanating from the #FeesMustFall protests. He described the process of clearing his name since being charged in 2017 as emotionally daunting, adding that having a criminal record made it impossible to find work. He was facing charges of public violence, assault with intent to do grievous bodily harm and defeating the ends of justice - charges that have now been officially cleared. "I was really jubilant after receiving the clearance certificate. I had been trying to clear my name for two years now," he said.

Basanti Bhoi saw a large cobra swallowing a smaller snake at her home in Naranagada, India, on Tuesday. As the stunned villagers watched, a three-foot-long cobra came out of its mouth. According to experts, cannibalism is a common behaviour in cobras. 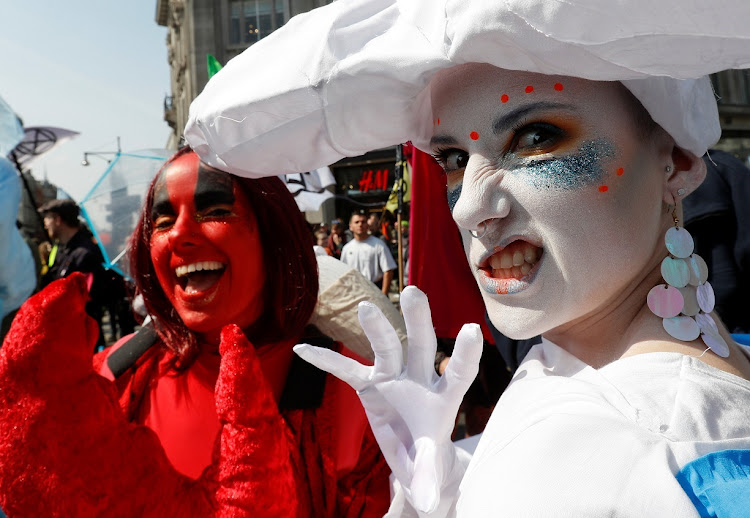 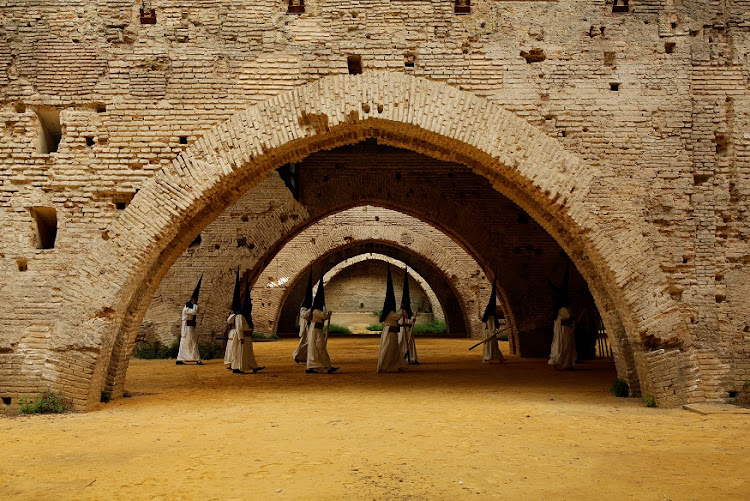 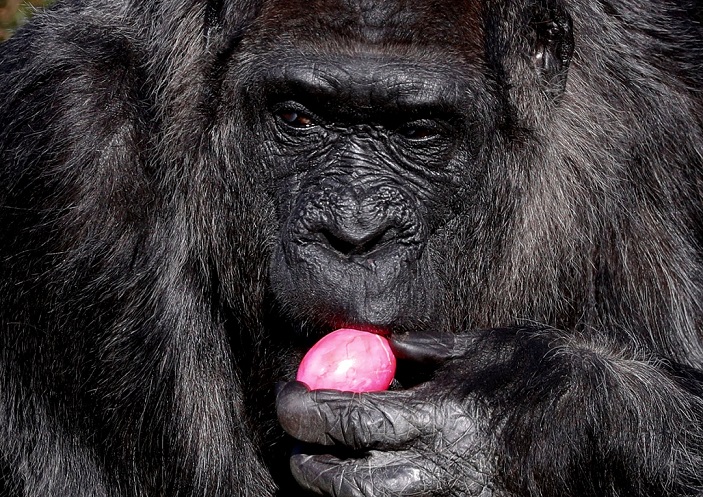 Tumour has it: cancer’s culprit is finally uncovered

After the last female Yangtze giant softshell dies, experts say only a 'time machine' can save the species

Notre Dame ‘will rise from the ashes’ - these famous buildings did

The Paris landmark is not alone in suffering a massive calamity, but, as with these notable buildings, there is hope

A kiss of biblical proportions: what brought the pope to his knees?

There's worrying speculation about why the pope kissed South Sudan leaders' feet, and I really hope it isn't true

SOAKING IT IN People sunbathe next to the Peter and Paul fortress in Saint-Petersburg.
Image: Olga Maltseva/AFP

A small fire broke out at the Al-Aqsa mosque compound in Jerusalem, but it was extinguished. The blaze broke out on Monday evening around the same time as the Notre Dame burned. Police said the cause was being investigated. The site is considered the third holiest site in Islam and the holiest in Judaism. – AFP

London cops turn up the heat with 120+ arrests

More than 120 people have been arrested in London’s climate change protests. Demonstrators blocked off a bridge and major central road junctions on Monday. The protests were organised by Extinction Rebellion, which was last year established by academics. The majority arrested were seized for breaching public order laws and obstructing a highway. – AFP

A New Zealand nurse kidnapped by Isil in Syria in 2013 may still be alive, says her employer the Red Cross. Louisa Akavi, 62, was abducted with two Syrian colleagues while delivering aid in rebel-held Idlib. Akavi was seen in December 2018 in Sousa, the New York Times reported. But the final pocket of Isil’s ‘caliphate’ was captured last month and there has been no news. – Telegraph Media Group Limited (2019)

Is this a Con? Reality TV comes to life

MTV announced it would host the first reality TV fan convention, where fans and some of the people made famous by shows such ‘Jersey Shore’ and ‘The Real Housewives’ will gather to celebrate the genre. MTV, credited with popularising the genre, said RealityCon would take place in the summer of 2020. – Reuters

The world’s first vagina museum wants to help break the stigma associated with female genitals in London. Following Iceland’s ‘penis museum’, museum director Florence Schechter felt it was only fair to do the same for female genitals as well. Schechter said she wanted to create to address sensitive issues such as female genital mutilation, rape, domestic abuse and sexual health. – Reuters

A Bahraini court sentenced 138 people to between three-year and life terms, and revoked their citizenship for terror-related charges. The defendants were convicted of establishing a ‘terror’ cell with links to Iran’s Revolutionary Guard. A judicial source said all the defendants were members of the Shiite community in the Sunni-ruled Gulf state. – AFP

Nu-World: At least something from 1987 still looks good

Why the government would do well to hang up on Telkom

Share price is ripping and the government owns 40.5% of Telkom. At Tuesday’s close, that was worth R16.7bn

Not exactly a comfy life for labour brokers like Workforce

Oi, lose that halo and tell us how your fake beef is farmed

Just because it’s vegan doesn’t mean it’s good for the planet. Rich corporations are feeding you a sorry line

Hunt is on to find the most fun this Easter weekend

From Easter egg hunts to gin and chocolate pairings, the long weekend has something in store for every taste

Ancient Greek shipwrecks are to dive for, doll

Explore 5th century BC underwater ruins in the first museums of their kind, opening soon in Greece

The past four years have seen football engulfed in lewd scandals, the latest being CAF corruption allegations

Blasts from the past: Cassius claims three world titles