The Ace I knew: a courteous, concerned and committed premier

When it came to Edward Zuma’s police troubles, dad ‘copped out’

Ex-Hawks boss tried to speak to Jacob Zuma about his son's allegedly dodgy business partner, but he'd have none of it

If we must have coalitions, an ANC-DA union is our best bet

Unborn baby’s spine op is a first for Africa

Case has bounced between Hawks and NPA as Lorraine Masipa has failed to repay a cent of an R48.5m IDC loan

ANY VOLUNTEER? Members of Evangelical Association of the Israelite Mission of the New Universal Covenant church offer a sacrifice for Holy Week on the outskirts of La Paz, Bolivia.
Image: Reuters/David Mercado

Tiger Brands says it plans to put up a fight in a class-action lawsuit against the company relating to 2018’s deadly listeriosis outbreak. The consumer goods group said on Wednesday it had received a summons in respect of the lawsuit this week. The case was given the green light by the Johannesburg High Court in December. “The company intends to defend the class action and is preparing to follow due legal process,” it said. Tiger Brands, whose shares plummeted in March 2018 after it was named the culprit in the outbreak, said no specific amount of damages was being claimed at this point. The quantum of damages would only be dealt with if the company was found liable. The plaintiffs’ claims for damages were being made under the Consumer Protection Act, claims in delict, and claims for constitutional damages.

The ANC has poured cold water on claims that President Cyril Ramaphosa is going head-to-head with DA leader Mmusi Maimane in a pre-elections debate organised by the SABC. ANC head of elections Fikile Mbalula said on Wednesday the party was not aware of any debate between the two. “The ANC refuses to be cajoled into a debate that never was between … Ramaphosa [and] Maimane,” he said. News of the debate broke on Tuesday when Maimane said he was looking forward to debating Ramaphosa. Maimane said he had received a formal invite to participate in The Big Debate’s official presidential debate on April 28. It was to be flighted on SABC 2 and aired on some of the public broadcaster’s radio stations.

An inter-ministerial committee has been established to attend to the issues raised by protesting Alexandra residents during ANC president Cyril Ramaphosa's visit to the area. The committee will include ministers of co-operative governance and traditional affairs, human settlements, water and sanitation, environmental affairs, home affairs, police, rural development and land reform. There have been disruptive protests in the township for the past two weeks as residents complain about service delivery. Ramaphosa visited the Johannesburg area last Thursday and received complaints ranging from unresolved land issues and the release of title deeds and sewage spillages to water and electricity problems, dangerous electrical connections and the high crime rate.

The Kusile power station project near eMalahleni in Mpumalanga produced power for the first time on Sunday when unit 3 was synchronised to the grid, Eskom said on Wednesday. "The unit was loaded and kept stable at 60MW, making it the third of the six units at the Kusile power station to be synchronised to the national grid," the embattled power utility said. The next step would be to test and optimise the unit over several months, which meant providing intermittent power to the grid and at times possibly none. Once all the testing was done, the unit would be fully powered at 800MW and would feed into the national grid. Eskom’s chief operations officer Jan Oberholzer said unit 3 was synchronised more than eight months ahead of the approved target date of December 2019.

Protesting students were on Wednesday blocking university entrances and "engaging in acts of intimidation to disrupt classes and operations", Nelson Mandela University said. The university laid a charge at the Humewood police station in Port Elizabeth earlier in the day. "Management is currently reading the interdict to protesting students, following which it will be enacted," the university said on Twitter. "Staff and students are advised to exercise care and caution to ensure their safety. Management is presently engaging with the issues.” The SA Students Congress-aligned protesters are demonstrating against a shortage of accommodation and issues around financial allowances.

Sam Smith's remaining shows in Cape Town on Wednesday and Thursday night have been cancelled after consultation with doctors, Big Concerts confirmed. The news comes just hours after the singing sensation cut his opening show in Cape Town short on Tuesday night after struggling with his voice. Big Concerts said shows on April 17 and 18 at the Grand Arena, GrandWest, would not go ahead as planned and offered ticket holders a refund. "This difficult decision was made after Sam sought advice from medical specialists and his team, and after having to cut his show short last night with concerns for his voice." It added that Smith was "deeply upset" at being unable to perform. Earlier this week Smith also opened up about his battles with anxiety, which he described as some of the worst he has ever experienced.

A video has been doing the rounds on social media showing that eating a hot cross bun could affect the reading on a breathalyzer. Western Cape MMC for safety JP Smith said the incorrect reading on the alcohol tester would only apply immediately after eating the food. 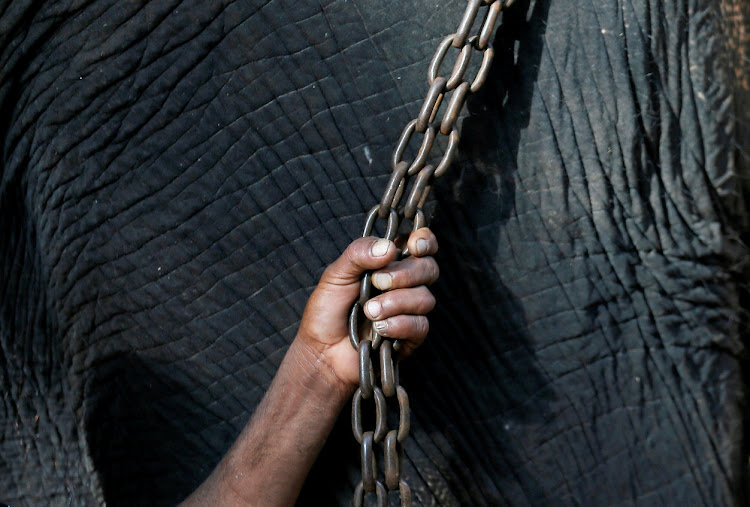 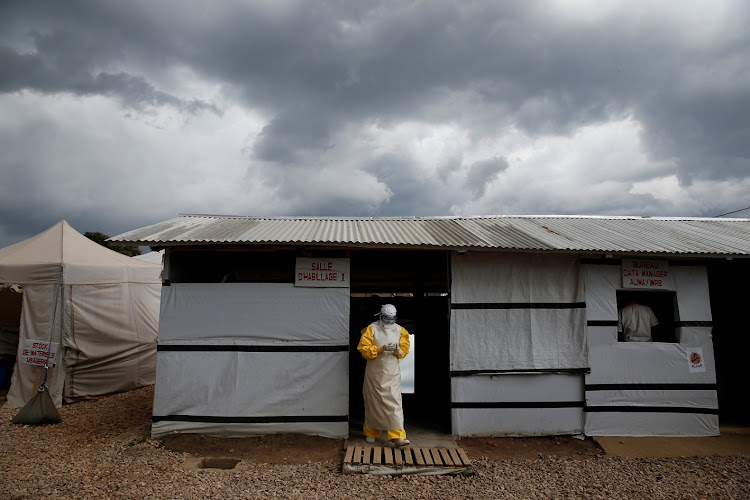 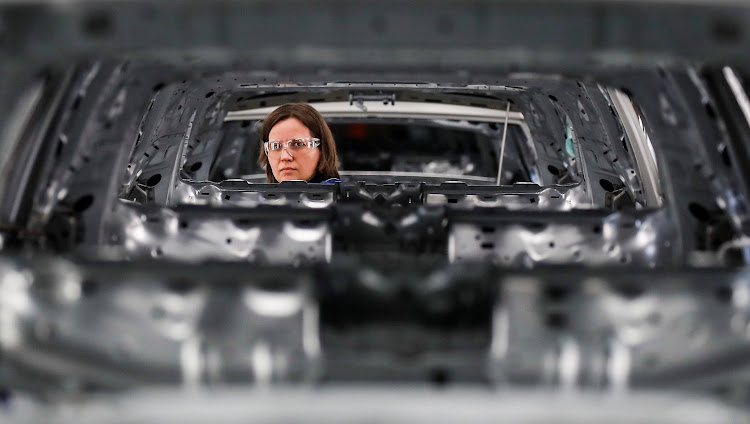 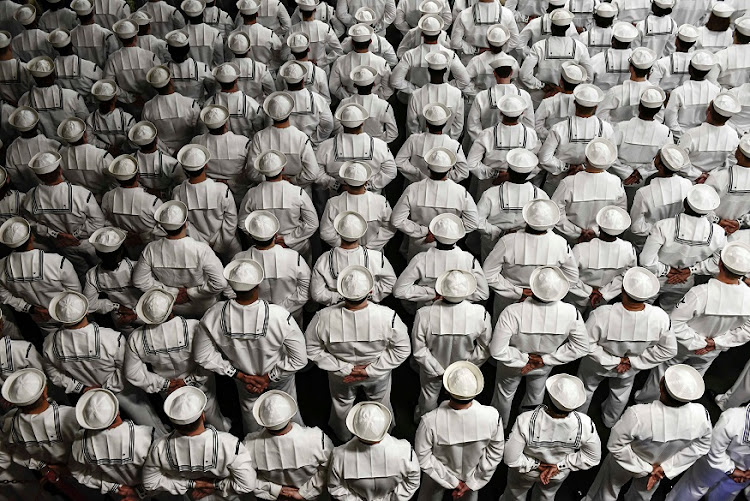 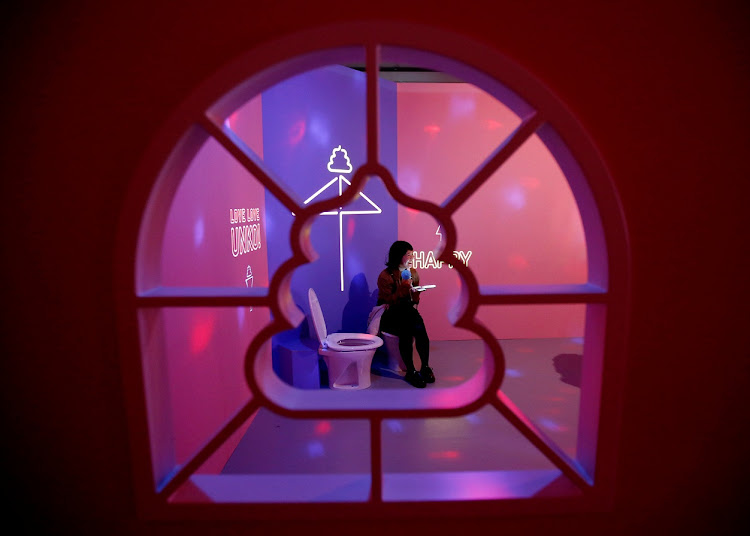 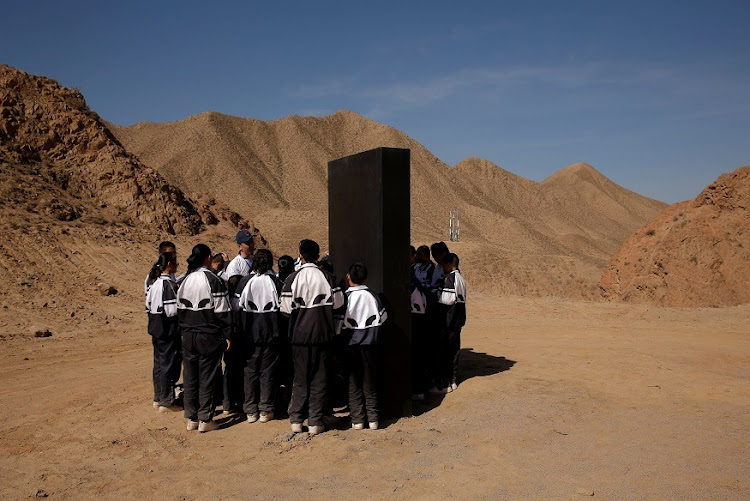 Buttigieg: He’s the Democrats’ gay of hope, but is it a false dawn?

He's becoming the front runner to take on Trump. It is unlikely, though, that the Rust Belt will be lured by his charms

The fiercely secular country has discovered its muscle memory for Catholicism

Like the duchess, I fell foul of these rabid, self-righteous harpies - but it really has nothing to do with them

Walk away from that steak, unless you have a death wish

Police have opened an investigation into an online raffle organised by drug dealers for their customers in Grenoble, southeast France. The campaign, run on the Snapchat messaging platform, ended on Sunday, when viewers watched a man wearing a clown’s masked reveal the lucky number that won the holder a games console. Prosecutors say this is not the first time drug dealers in Grenoble have used online marketing to develop their business. They have used it to recruit look-outs and to sell packets of drugs. ‘These commercial practices can certainly be considered amusing, but the effect is to trivialise the dealing,’ said prosecutors. — AFP

Someone suggest this to the Amcu strikers

A yoga course can be considered vocational training, a Berlin court has ruled, paving the way to doing the ‘Downward-facing Dog’ or ‘Greet the Sun’ on company time in Germany’s capital. A worker has the right to paid leave so they can attend a five-day adult education course entitled ‘Yoga I — successful and relaxed at work with yoga and meditation’. The judge ruled that even a yoga course fulfils the far-reaching criteria of ‘professional development’ which would promote an individual’s ‘adaptability and self-assertion’. — AFP

Deathless lessons for the IEC on May 8?

Dressed like Count Dracula, Yasim Adnan doesn’t look much like an election official, but neither do his staff who are decked out as mummies and spooky nuns with blood pouring from their eyes. The 37-year-old Indonesian presided over one of the creepiest ballot stations in the country Wednesday as it held a giant election that featured some 190 million voters and 245,000 candidates vying for public office, including a new president. To bolster turnout at some 800,000 polling booths nationwide, election officials pulled out all the stops, from dressing like ghouls and superheroes to enlisting the help of elephants in Sumatra. — AFP

Gem ‘as rare as a star in the Milky Way’

Botswana’s state-owned Okavango Diamond Company on Wednesday unveiled the biggest blue diamond ever discovered in the country. At 20.46 carats, the gem is one of the rarest stones in the world. The oval-shaped diamond has been named The Okavango Blue. ‘It is incredibly unusual for a stone of this colour and nature to have come from Botswana — a once-in-lifetime find, which is about as rare as a star in the Milky Way,’ said MD Marcus ter Haar. — AFP

Maybe Pofadder could use her help

In the tiny village of Nagoro, deep in the mountains of western Japan, the wind howls down a deserted street with not a living soul to be seen. But yet the street appears busy, dotted with life-sized dolls that outnumber humans 10 to one, the product of a one-woman bid to counter the emptiness and loneliness felt in Nagoro, like many Japanese villages decimated by depopulation. Nagoro, about 550km southwest of Tokyo, has become known as the valley of dolls after local resident Tsukimi Ayano began placing scarecrows on the street to inject some life into her depopulated village. ‘Only 27 people live in this village but the number of scarecrows is tenfold, like 270,’ said the 69-year-old doll maker. ‘Now there are no children. The youngest person here is 55 years old.’ — AFP

The EU on Wednesday unveiled a wide-ranging list of US-made goods, from beeswax to car parts, subject to tariffs in retaliation for subsidies to Boeing as a transatlantic trade war risked re-erupting. Europe’s $12bn claim against Boeing comes on the trail of a similar demand by the US for $11bn in compensation for EU subsidies towards Airbus. The Boeing-Airbus trade row has rumbled on for 14 years with the EU and US mutually accusing each other of doling out illegal state aid since the 1990s to their respective aeronautical champions. The feud has been caught in the protectionist wave launched by US President Donald Trump against Europe, with a threat by Washington to slam tariffs on car imports still looming. — AFP

Spotty results, but Mediclinic might just be getting better

All three major hospital groups on the JSE have been ailing of late, but could be showing signs of a rebound

The new Clicks target market is very much a grey area

Fear and clothing: To dream is to do (well, some of the time)

Wallpaper may be appealing, but murals are timeless

Walls on streets, in clubs, bars, restaurants and even homes are becoming a canvas for unique designs

Ooh, imagine yourself in this ‘Game of Thrones’ clobber

Inspiring costumes to translate into your formal-wear

Ferrari ought to remember the lessons of Prost and Mansell

Team should know the perils of legislating the order in which drivers complete laps, and by extension, the race

Blasts from the past: Snell snaffles 1st two Windies sticks