ANALYSIS: A cocktail for death - why murder is up in SA

And lo! A pilgrim arose and entweeted me to heed the Gospel of Cyril

This ANC acolyte wasn’t a politician defending an utterly rotten party, he was a monk defending the One True Faith

The 38-year-old was arrested after Diepsloot locals alerted the police, now more charges are piling up

Café manager admits he sought help from Mark Lifman after telling police about a R90,000 extortion payment to a rival

Pray Tel Aviv, did they really 3D-print a human heart?

Do no lights mean ‘no work, no pay’? Don’t be in the dark

Chasing the dragons: ‘Game of Thrones’ devotees finally get their fix

Wielding Jon Snow cocktails and decked out in GoT outfits, fans crowded into a bar after a 20-month winter

A parent was shot outside a school in Johannesburg on Monday. Gauteng education MEC Panyaza Lesufi broke the news on Twitter, but details were still emerging. "Man shot dead outside primary school while collecting child," tweeted Lesufi. His statement that the victim had been killed could not be immediately verified. According to Crime Air Network, which gives regular updates on crimes around the country, the shooting happened at Bernard Isaacs Primary School in Coronationville. "Learners and those collecting learners had to seek cover from bullets," a tweet from the group read. A picture showed a blue VW Golf which appeared to have been sprayed with bullets. Police could not be reached for comment by the time of publishing.

Another petrol hike expected next month

Unexpectedly strong international fuel prices have raised the spectre of an unwelcome petrol price hike at the end of April. This is according to the Automobile Association (AA), which was commenting on unaudited mid-month fuel price data released by the Central Energy Fund. The data suggests petrol may increase by 56c a litre, while diesel is showing a reduction of 5c and illuminating paraffin is down by a cent. If it happens, it will be the third straight increase in fuel prices in 2019. "The international product price of diesel climbed somewhat in the first half of April, while petrol has made a substantial jump," the AA said. The rand had appreciated strongly against the US dollar since the end of March, which had “cushioned some of the blow”.

Two KwaZulu-Natal home affairs officials were expected to appear in the Durban Specialised Commercial Crime Court on Monday for allegedly irregularly issuing late-registration birth certificates and "sensitive" documents. The Hawks said the two officials, aged 41 and 50, were arrested on Friday. The serious commercial crime unit and the home affairs counter-corruption and security team swooped on the pair at the offices in Richmond. "The integrated team swooped on the two at their offices and proceeded to their place of residences where a number of South African Social Security Agency (Sassa) grant cards, a list of identity document numbers, ID books and home affairs documents were found," said Hawks spokesperson Captain Simphiwe Mhlongo. Other roleplayers were expected to be drawn in as investigations continued.

The SA Human Rights Commission has called Gauteng MEC for sport, arts, culture and recreation Faith Mazibuko to appear before it on Tuesday to clarify comments she made in a recorded "rant" that was leaked to the public. Mazibuko was recorded during a meeting, in which she lambasted senior managers for failing to deliver sports facilities known as "combi courts", purportedly to bolster support for the ANC ahead of the elections on May 8. "Which other department has an Indian that is a CFO? Which department has an HOD that is a mlungu (white person)? Ayikho (there is none), including national," Mazibuko was heard saying. The commission said it believed her comments implicated a number of rights in the bill of rights. The commission wants Mazibuko to appear before it to assess the matter and "clarify" the remarks. Mazibuko issued an apology for the statements.

A Walter Sisulu University student at the Mthatha campus has died after he was allegedly assaulted by fellow students and thrown off a third-floor balcony. The student was beaten on Saturday night after he was accused of being a member of a gang of students that has been terrorising the campus and stealing cellphones and laptops, according to reports on DispatchLIVE and HeraldLIVE. The second-year public management student was enrolled at the campus's Zamukulungisa site. DispatchLIVE said a second student, accused of being the deceased’s accomplice, was seriously injured. No arrests had been made.

Mobile classrooms were set alight during a protest on Monday morning at Oakdale Secondary School in Ennerdale, in the south of Johannesburg. Among other demands, residents have been frustrated over delays to repairs to the school's roof, which was damaged during a storm in 2018. This affected four classrooms. Gauteng education MEC Panyaza Lesufi was infuriated. "How do you burn a school while demanding better infrastructure? This must not be tolerated," he tweeted. Police spokesperson Captain Kay Makhubela said protesters blocked several roads with rocks and burning tyres. Five people had been arrested. At the beginning of the month, SowetanLIVE reported that there had been no schooling at Oakdale Secondary for grades 8 to 11, after parents shut down the school, fearing for the safety of pupils. They said the temporary containers used as classrooms were also in poor condition.

The world's largest aircraft took off over the Mojave desert in California on Saturday. It was the first flight for the carbon-composite plane built by Stratolaunch Systems Corp, started by late Microsoft co-founder Paul Allen, as the company enters the lucrative private space market. The flight was successful. 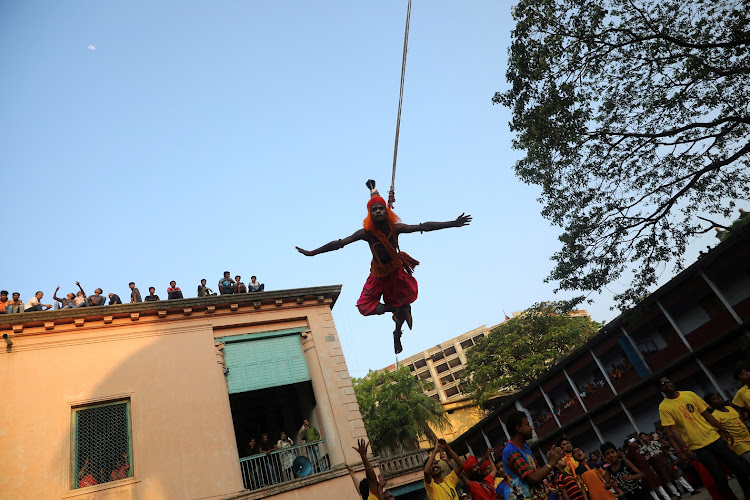 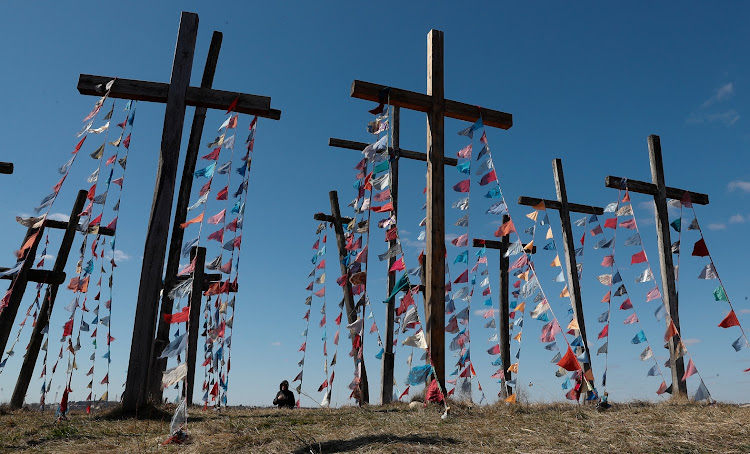 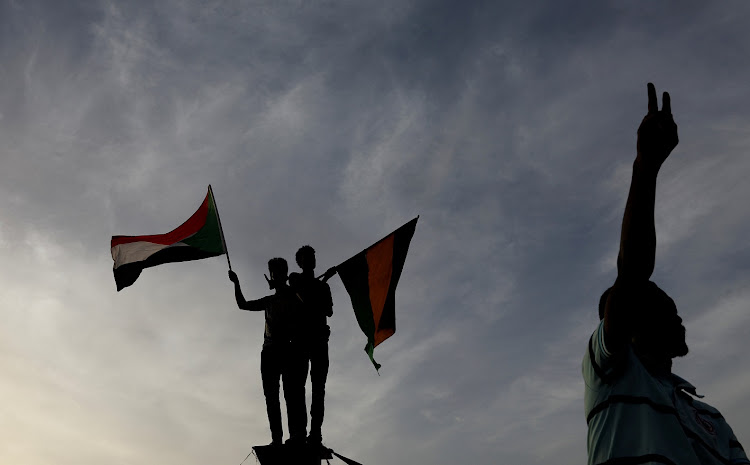 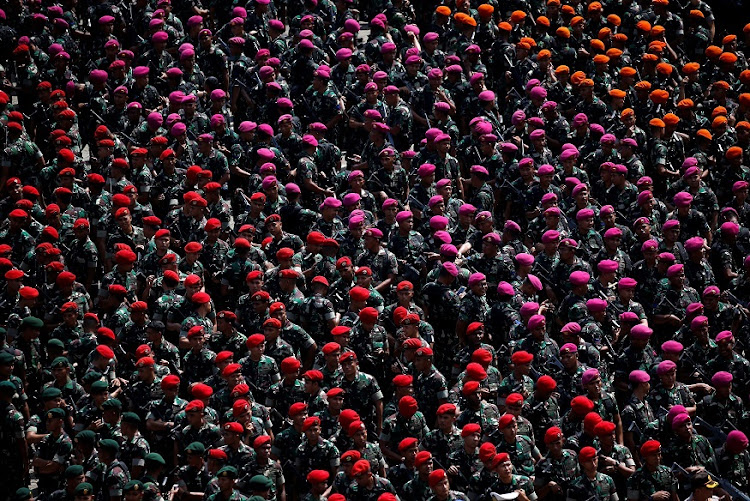 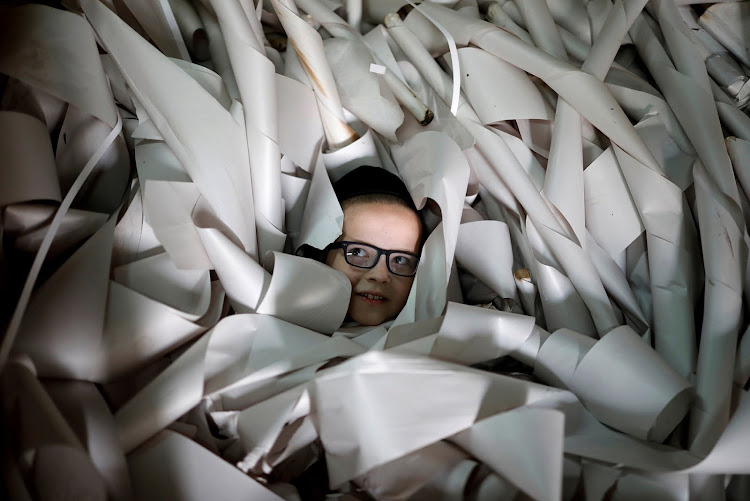 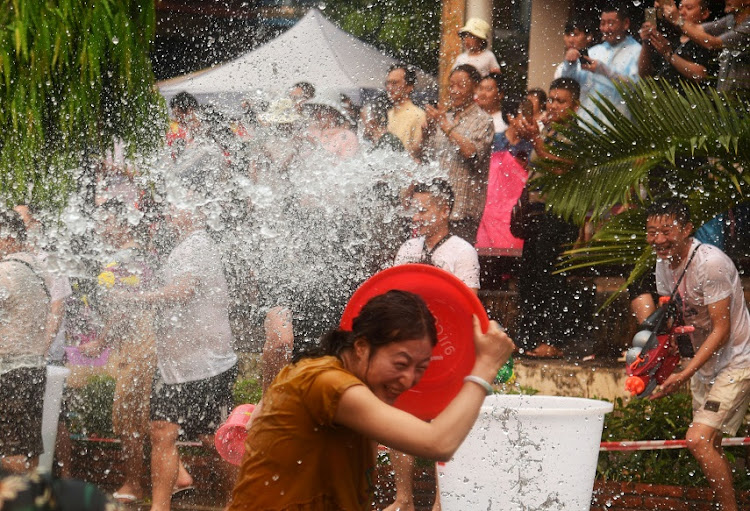 Welcome to the Korean army, or as gay people know it, the Middle Ages

While same-sex acts are legal for civilians, gay soldiers face a strict sodomy law  that is aggressively enforced

The big little country: love it or hate it, Israel can’t be stopped

Seen as the region's bad guy, it isn't trying to be a symbol of good or evil, it just goes about doing awesomely well

Boiler alert! Summer is coming to the ‘cursed fields’, where anthrax lurks

Were these Iron Age skeletons victims of human sacrifice?

The remains just discovered in Oxfordshire date from about 3,000 years ago and challenge our ideas about the past

More people are learning the fictional language in Game of Thrones than speak Welsh globally, says a language-learning app. About 830,000 people globally have signed up to learn the mythical language, more than those who understand and speak Welsh, which is estimated at just under 600,000. Within the UK, more people are trying to learn High Valyrian - 100,000 - than the number who understand Scottish Gaelic, which stands at 87,056, according to the last census. The language is spoken predominantly by Daenerys Targaryen and her followers and the course on Duolingo promises to allow the user to learn enough of it to have a full conversation. – © Telegraph Media Group Limited (2019)

Not even Rocketman is this fast

British rock icon Elton John famously wept as his beloved Watford lost in the 1984 FA Cup final but spectators are likely to be robbed of a repeat in 2019 owing to another engagement. The 72-year-old - who is honorary life president of the Premier League club - has many hits to his name but not even those powers would be able to transport him from Wembley to Copenhagen in time for his concert there on May 18. Watford will play Manchester City, in what is their first FA Cup final since losing to Everton in the 1984 showpiece. Former Watford owner John was apparently reduced to tears again after Watford's stunning comeback from 2-0 down to beat Wolves 3-2 in the semifinals. – AFP

Rarest turtle on the cusp of oblivion

The world's rarest turtle has moved a step closer to extinction after a female specimen died in a Chinese zoo, leaving behind just three known members of the species. The Yangtze giant softshell turtle, believed to be older than 90, died in the Suzhou Zoo on Saturday, according to the Suzhou Daily. The female's death came a day after zoo officials made a last-ditch effort at artificial insemination using semen from the Suzhou Zoo male, which is estimated to be more than 100 years old, the newspaper said. The zoo had tried unsuccessfully for several years to get the pair to mate and reproduce naturally. It will now conduct an autopsy to determine what caused the animal's death, the newspaper reported. – AFP

‘Bone-breakers’ cash in on accidents

Italian police on Monday dismantled two "bone-breaking" gangs in Sicily which had been smashing victims' limbs in order to stage road accidents and defraud car insurance companies. More than 40 people were arrested in Palermo after investigators discovered hard-up victims were having their arms or legs broken in exchange for a small part of the payout from insurers, police said. Those in on the fraud included false witnesses to the accidents, doctors providing fake medical reports, physiotherapy centres certifying care that was never provided, and a lawyer filing the claims, they said. The victims were "people on the margins of society … drug addicts, alcoholics and the mentally ill". – AFP

Doctor fathered 49 kids with own sperm

A Dutch fertility doctor secretly fathered at least 49 children by inseminating female patients with his own sperm, telling the women that it came from anonymous donors. DNA tests have confirmed suspicions that Jan Karbaat, who died in 2017 at 89, used his own semen without his patients' consent. The tests, carried out by a hospital in Nijmegen, have now proved that "49 children in this case are direct descendants of the late Karbaat", the Defence for Children organisation said. His clinic in the Rotterdam suburb of Barendrecht was closed in 2009 amid allegations that Karbaat had falsified data, analyses and donor descriptions and exceeded the permitted number of six children per donor. Karbaat admitted before his death that he had used his own sperm to father about 60 children. He said he had sometimes mixed his sperm with that of other donors. – © Telegraph Media Group Limited (2019)

The Iraqi parliament has proposed banning online multiplayer video games, amid fears that they are corrupting young people and promoting violent fantasies. A draft law seeking to ban the games was submitted over the weekend by the cultural parliamentary committee. It singles out PlayerUnknown's Battlegrounds, a popular multiplayer "deathmatch" game. Islamic clerics have raised concerns about young people becoming absorbed in scenes of glorified violence, considering their country's history of war, destruction and bloodshed. There have also been media reports of a wave of divorces and suicides being linked to the games. – © Telegraph Media Group Limited (2019)

Time’s running out, oldsters: pass the power to the lighties

We oldies will depend on young people’s productivity to subsidise our longevity, so we’d better support them

Eskom and the carbon tax will flatten miners – and workers

Grand Parade: Investors fancy the idea of a quick turnaround

EL James is back, and a titter ran through the crowd

Q&A: The author of ‘Miracle Girl’ and her guardian angel

Why robots are so dof at making art and music

Even without the awful prospect of a robot-governed dystopia, can machines ever truly learn to be creative?

Be afraid, young bucks: a wily old cat is on the loose again

Blasts from the past: First blood for new skipper Polly