Cyril’s trust factor is drawing voters back into the ANC

If voting behaviour follows the findings of a new study, the ruling party will be victorious at the May 8 polls

But Quenton Chetty denies the arrest, and the IFP has distanced itself from him

In a hurry for a loan? Still read the fine print

Westbury: a place in crisis as safe havens fall to criminals

Honk the horn, we’ve got a rhino poacher in our midst

How come OR Tambo did not find a huge rhino horn consignment that was in the end intercepted in Hong Kong?

A new study finds that when people feel unsure about themselves, they tend to fill their piggy banks

There's no point pretending the Bible is something it is not. A new warts-and-all book tells its real story

She showed us a black hole. What will this amazing scientist find next?

Dr Katie Bouman, 29, made history with the first image of a black hole, but she is quick to shift the credit

For every greying fitness fanatic running a marathon or crossing the globe, his wife is waiting on the finish line

LOOKING PAST EACH OTHER People walk past an election campaign poster with Ukraine President Petro Poroshenko and Russian leader Vladimir Putin in Kiev.
Image: Reuters/Valentyn Ogirenko

Two schoolboys from Mokopane have been arrested in connection with the murder of their schoolmate, Limpopo police said on Sunday. The pair was arrested after the 17-year-old girl’s body was found on Saturday morning at a dump site. "The intensive police investigations resulted in the arrests of the two suspects, aged 17 and 18. They are both learners at the same high school where the deceased was attending," police spokesperson Colonel Moatshe Ngoepe said. He did not immediately reveal how the suspects were linked to the crime.The parents of the 17-year-old victim had told police they had last seen their daughter when she left for school on Friday morning. She did not come home."

State to splurge R750m on ‘frills’

President Cyril Ramaphosa's administration will spend nearly R750m to spruce up houses occupied by ministers, and other government-owned buildings - all funded by the public purse. Public works minister Thulas Nxesi this week announced details of the plan which would include R5m on carpeting in the Union Buildings, R29m on gates and a dog house, and a jaw-dropping R1m on alterations to a kitchen and bathroom in a ministerial home in an exclusive estate in Rondebosch, Cape Town. This lavish expenditure, coming at a time when tax revenue is down and unemployment at unacceptable levels, has been met with outrage - and described as wasteful and fruitless.

Supermarket group Spar is being investigated by the Competition Commission after banning SA-produced cigarettes, whose manufacturers are alleged to be tax dodgers, from its shops. The withdrawal is the latest battle in a war being waged between multinational cigarette manufacturers and South African producers, which is being fought through opposing industry groups the Tobacco Institute of Southern Africa and the Fair-Trade Independent Tobacco Association. The commission confirmed that it was investigating a complaint against Spar, but that the probe was in its preliminary stages. Spar's spokesperson, Kerry Becker, said it would not comment while the commission was conducting its inquiry.

The liquidators of VBS Mutual Bank are suing Brian Shivambu, the brother of EFF deputy president Floyd Shivambu, and his company, Sgameka Projects, for R4.2m in unpaid loans and mortgages. In papers before the high court in Johannesburg, Anoosh Rooplal, of the accounting and advisory firm SizweNtsalubaGobodo Grant Thornton, asks for Sgameka Projects to be placed under liquidation over its alleged breach of a R4.2m contract. Rooplal told the Sunday Times two applications had been made - one against Shivambu and the other against his company - to recoup some of the millions lost by VBS.

There's an advanced new breathalyser in town and it means business. In a bid to reduce SA's road death toll of 14,000 people a year, the department of transport has brought in a new evidential breath alcohol testing machine piloted in the Western Cape and launched in Pietermaritzburg this week. The department has worked closely with the National Prosecuting Authority to ensure that the device provides watertight evidence against drunk drivers. The next step is a national rollout. The Road Traffic Management Corporation said the new device gives an immediate, accurate reading of the alcohol level in a driver's bloodstream. Transport minister Blade Nzimande said it would eliminate long delays in waiting for blood test results before a driver faces prosecution.

The Afrikaans Sunday newspaper Rapport has apologised to apartheid finance minister Barend du Plessis and the families of the late Magnus Malan and John Wiley for its front-page report based on the book The Lost Boys of Bird Island. Du Plessis, former defence minister Malan, who died in 2011, and Wiley, who was the minister of environmental affairs and tourism and committed suicide in 1987, were accused in the book of molesting young boys. Du Plessis was not named in the book but he told Rapport last August that the references to a third minister were clearly aimed at him and he denied any involvement. In an editorial published on page 2 in Rapport on Sunday, the newspaper said new information had come to light after a report by journalist Jacques Pauw in Vrye Weekblad casting doubt over the contents of the book. 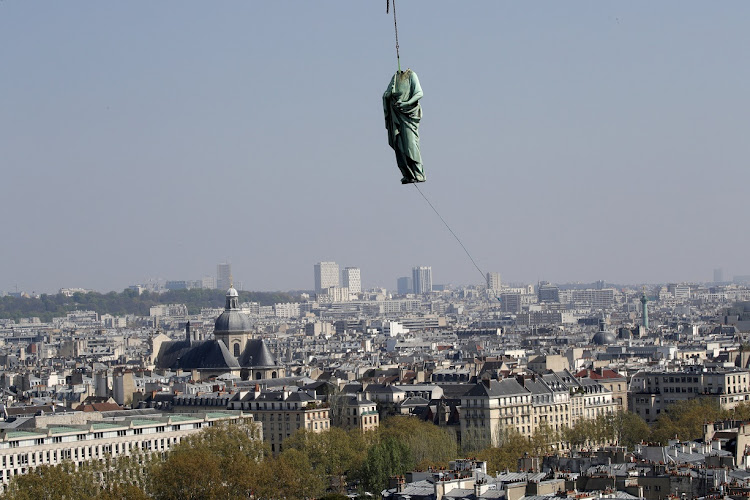 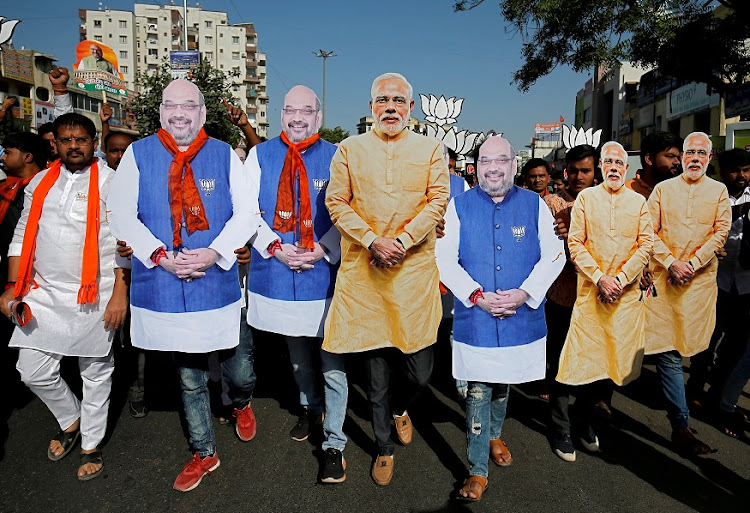 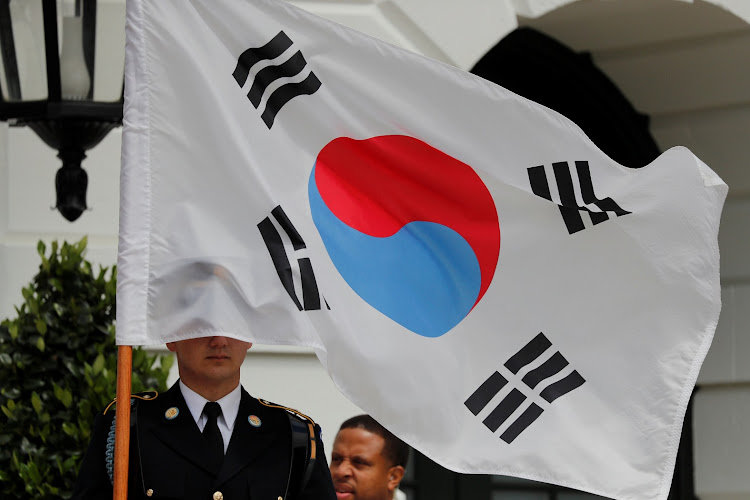 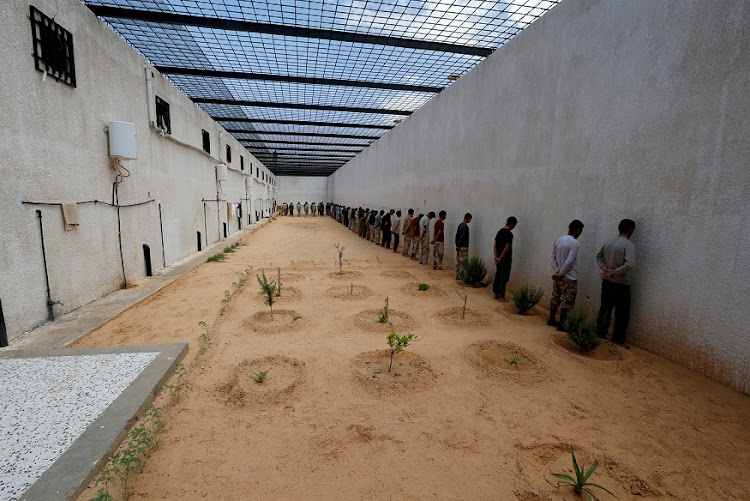 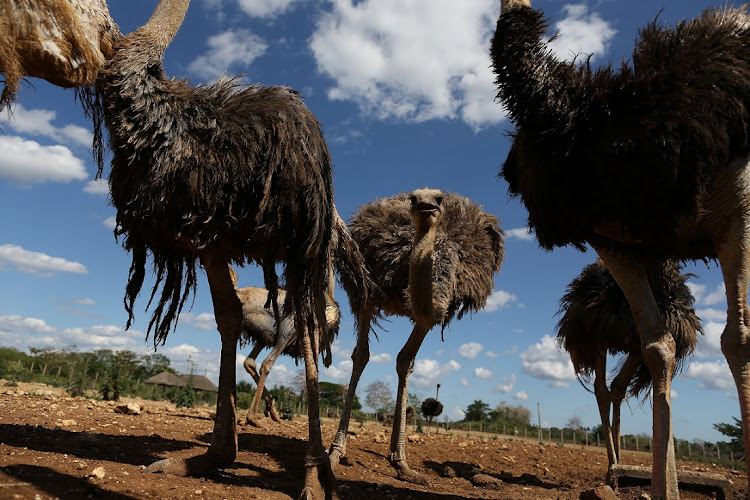 Arrogance, insults, faeces on a wall: how Assange outstayed his welcome

After seven years in the Ecuador embassy, the WikiLeaks founder's 'overbearing narcissism' finally took its toll

Starting with their birthing plan, Harry and Meghan are breaking many moulds to boost their independent profile

Not so innocent: Begum was a ‘strict enforcer’ for IS in Syria

Contrary to her version of events, it appears the British teen was very much wedded to the terror group's brutality

Monster from the Depp: ex-wife describes violent abuse by star

UNTOUCHABLE A woman tries to touch a human model through a window in the installation Massimo Iosa Ghini exhibited at the Milan University.
Image: Miguel Medina/AFP

Suddenly, living on Mars seems like a good idea

The first wine made on Mars will be a white. At least, that's what researchers in Georgia are hoping. As Nasa and Elon Musk race to put people on the red planet, Georgia’s IX Millennium project is trying to develop techniques to grow wine grapes and bring Georgian hospitality to the planet's inhospitable conditions. Early testing has shown that the white wine grape rkatsiteli is the most resistant to ultraviolet radiation, an important consideration for an atmosphere 100 times less dense than Earth’s. Next scientists need to test its response to sub-zero temperatures and high carbon monoxide levels. – Telegraph Media Group Limied (2019)

When Amy Johnson became the first woman to fly solo from Britain to Australia in May 1930 she blazed a trail for future generations. Now that landmark flight from Croydon to Darwin is to be recreated by a daring British woman. Amanda Harrison says she wants to show that - like Johnson in her day - women can achieve whatever they want. The 46-year-old will set off next month in a vintage de Havilland DH82a Tiger Moth, similar to the open cockpit Gypsy Moth flown by Johnson. If she succeeds she will become the first woman to fly solo to Australia in a Moth biplane since the Thirties. - Telegraph Media Group Limied (2019)

Stormy’s lawyer in a tempest of his own

The world’s largest aircraft took off over the Mojave Desert in California on Saturday, the first flight for the carbon-composite plane built by Stratolaunch Systems Corp, started by late Microsoft co-founder Paul Allen, as the company enters the lucrative private space market. The white aeroplane called Roc, which has a wingspan the length of an American football field and is powered by six engines on a twin fuselage, stayed aloft for more than two hours before landing safely back as a crowd of hundreds of people cheered. - Reuters

This big bird is just as mean as it looks

A cassowary, considered the world’s most dangerous bird, attacked and killed its owner when the man fell on his farm in Florida. The large, flightless bird, which is native to Australia and New Guinea, was thought to have used its long claws as it killed the man on Friday. The victim, Marvin Hajos, 75, was apparently breeding the birds. ‘The cassowary can slice open any predator or potential threat with a single swift kick. Powerful legs help the cassowary run up to 31 miles per hour through the dense forest underbrush,’ according to the San Diego Zoo’s website. – Telegraph Media Group Limited (2019)

Meet our tiniest cousin yet

A species of tiny human that lived at the same time as our Homo sapiens ancestors more than 50,000 years ago has been discovered by archaeologists. The hominin has been named Homo luzonensis after Luzon in the Philippines, where its bones were found. It was less than 4ft tall and probably spent time swinging from trees. It is the smallest hominin found to date, even tinier than Homo floresiensis - nicknamed the Hobbit due to its 4ft stature - which lived in Indonesia. Both small human species probably shrank in a process called ‘island dwarfing’, because of limited resources when cut off from the mainland. – Telegraph Media Group Limited (2019)

Watch out, the government’s letting the debt-relief genie out of the bottle

It would be interesting to create a fund willing to lose money, to benefit entrepreneurs rather than fund managers

Investors welcome the powerhouse's entry into the streaming market, as chairperson Bob Iger signals his exit

Wellness: A bit of a stretch but these three easy tricks work

Small changes make it easier to figure out what works for you. But it starts only when you try something new

Can’t tell your Monkey Face from your Corpse? Here’s help

So many flowers and so little time to identify them all. Luckily there are some apps to give you a hand

Social media: You can check out, but you can never leave

Beware the curse of  ‘zombie notifications’ – when you think you have killed them, they rise from the dead

Blast from the past: Bungu’s sixth winning title defence