Hit or hijack? Why was Odette Barkhuizen killed?

As closing arguments in husband's trial continue, with only circumstantial evidence the full truth may never be revealed

Mom’s family doubted toddler’s version of events. Decades later, he uncovered strong evidence of what he had seen

A wish comes for true for terminally ill ‘princess’

The five-year-old - who calls herself Shanaya the First, after Disney princess Sofia the First - visited Disney World

Stroke of bad luck: A glass of wine could be the death of you

New research debunks claims that moderate drinking is not harmful

Intimacy workshops may be a touch kooky, but they’re what we need

In the age of MeToo, sex and romance have become an uncertain territory

LOOK PAST THE RED FLAGS A polling officer carries election material towards his vehicle in the northeastern Indian state of Assam.
Image: Reuters/Adnan Abidi

I am guilty, says man accused of killing wife

"All I have to say is that I am guilty." This was uttered by Nundkumar Pillay, 62, who stands accused of murdering his wife, Dhanaluthmi Naidoo, at their Phoenix home, south of Durban, on Monday. Pillay, who looked overwhelmed, made his first appearance in the Verulam Magistrate's Court on Wednesday. He told magistrate Rajesh Parshotam: "I am guilty, I do not want to waste the court’s time, I am guilty," he said. Pillay handed himself over to the Phoenix police on Monday after Naidoo's body was discovered with her throat slit at their Landbury Place home. Naidoo, 69, was physically disabled.

The operators of a car wash in Ivory Park, Tembisa, have been taken in for questioning after a car that was hijacked just hours earlier was found parked at their business, Ekurhuleni police said on Wednesday. The hijacking happened in Kempton Park on Tuesday, said Capt Jethro Mtshali. The VW Polo's driver had been fatally shot. "The 46-year-old victim sustained a bullet wound on the upper body," Mtshali said. "He was declared dead by the paramedics on the scene."

A police reservist was shot dead when he came across a group of armed men in police uniform who were robbing a business in Mariannhill, KZN, on Monday. Police spokesperson Captain Nqobile Gwala said Constable Malusi Mahlangu was shot when he responded to a robbery at about 1pm. "They opened fire on him. He sustained gunshot wounds to the neck and was declared dead at the scene. The suspects took airtime and cash from the business premises and fled the scene with the victim’s private firearm and two state firearms." Cases of murder and business robbery were being investigated by the Mariannhill police.

SA has detected an outbreak of African swine fever on a farm in North West, the Paris-based World Organisation for Animal Health (OIE) said on Wednesday, citing a report from the SA agriculture ministry. The outbreak killed 32 out of a herd of 36 pigs on a farm in the Ditsobotla district, with the remaining animals slaughtered, the report said. The outbreak occurred outside SA’s control zone for the disease and might be linked to contact with wild animals, the report said. The disease is incurable in pigs but harmless to humans. It has spread across China since 2018, causing major losses to the world's largest hog herd. – Reuters

An attempt to evict illegal squatters resulted in violent protest on Wednesday at Rust Ter Vaal in Vereeniging. Two people have been confirmed dead, according to police spokesperson Captain Mavela Masondo. Three others have been taken to hospital. A member of the Red Ants, a security agency used to handle evictions, is one of the people killed, according to the Crime Air Network. Masondo said the Red Ants and the sheriff of the court were acting on a court order to remove shacks which were illegally erected. A fight broke out with residents as Red Ants were demolishing the shacks, he said. Murder and attempted murder cases had been opened.

Man who survived shock is killed by car

A 41-year-old man was badly shocked while working on overhead wires and then died when he was knocked over by a vehicle in the Bluff, south of Durban, on Wednesday. Despite continuous efforts by advanced life support paramedics to resuscitate the victim he succumbed to his injuries, said Rescue Care's Ceron Meadows. The incident occurred on Bluff Road. "When working on overhead wires the man sustained an electrocution and fell. He stumbled across the roadway and was unfortunately knocked over by a vehicle." She said the man, a contract electrical worker, had extensive burns as well as injuries from being knocked over. Meadows said police were on the scene and would investigate.

The EFF held a media briefing on Wednesday at which its leader, Julius Malema, highlighted a number of issues heading toward the elections, including the Alexandra protests and the disruption of Pieter-Louis Myburgh’s book launch. 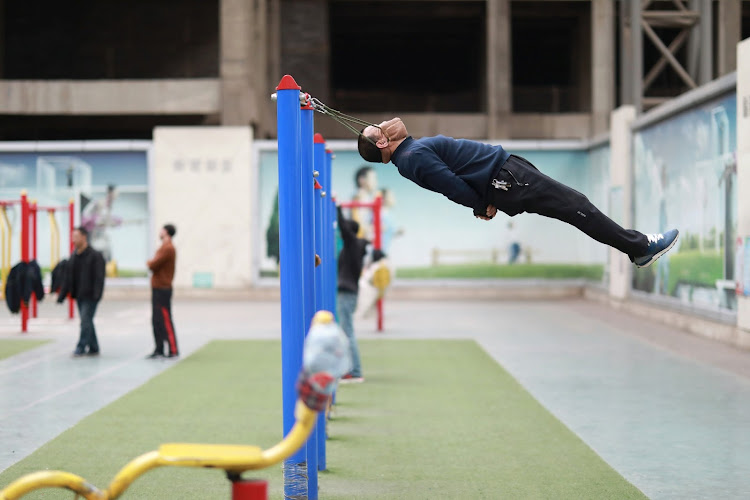 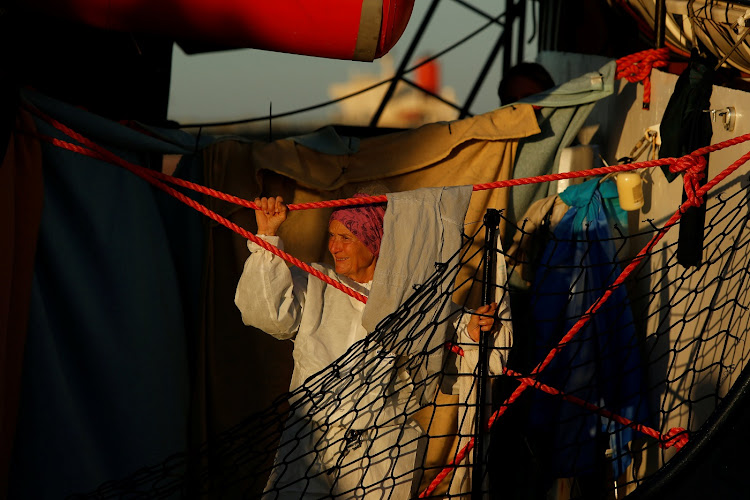 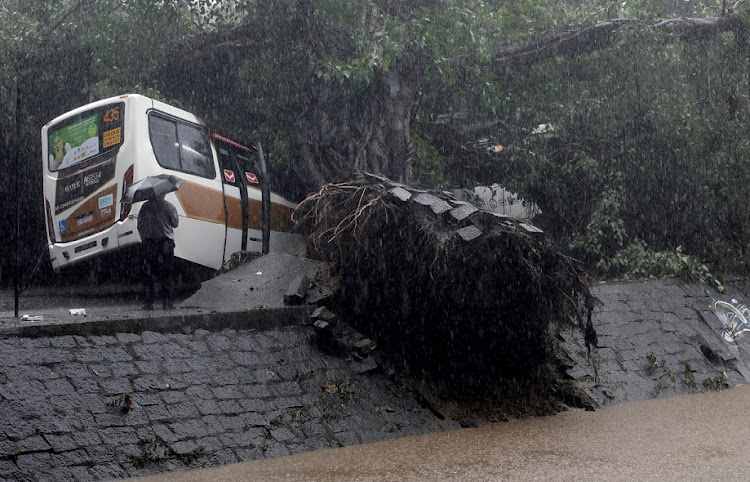 Across the Arab world Islamist barbarism is coming to an end

‘Give cops more power online’: mom of a murdered teen speaks out

Flight shame: you must be down to earth to join this new trend

From Sin City to Sing City: How millennials made Vegas clean up its act

THE SCIENCE OF TRADE A trader works ahead of the closing bell on the floor of the New York Stock Exchange.
Image: Johannes Eisele/AFP

Trump’s going to blow another gasket

Almost 1,000 people have gathered in the town of San Pedro Sula in northern Honduras to form a new caravan to reach the US, police and the Red Cross said. The caravan, which followed a call on social media, took the authorities by surprise. Many families with children were among those gathered, and some have already started their journeys in crowded minibuses. Since October 13, when the first caravan of 2,000 set off, three other similar convoys of migrants have left Honduras for the US in search of work or fleeing drug-traffickers. The groups are a target of President Donald Trump, who has vowed to tighten migration policy and build a wall to stop them from entering the US through Mexico. — AFP

If you’re a worker bee, move to Cuba

In Cuba, old fashioned farming means bees can swarm without the threat of pesticides that have decimated populations across the world. Shrinking bee populations have caused scientists to sound the alarm over the effects of intensive agriculture, disease and pesticides. But not in Cuba, thanks to the purity of its countryside. That dates back to Cuba’s crippling economic crisis of the 1990s, following the collapse of the Soviet Union, which once provided the island with thousands of tons of pesticides, fertilizers and herbicides. Deprived of that support, Cuba had no choice but to develop natural alternatives. In the process, it reduced to almost zero the use of chemicals, so harmful to bee populations and the quality of their honey. — AFP

‘Video games are the future for Africa’

Africa lags behind the northern hemisphere when it comes to software development but moves are afoot to tap into growing interest across the continent. Benin has held its first ‘hackathon’ where participants were given 24 hours to try to create a fun and educational video game for mobile phones. ‘Socially, gaming is seen only as a distraction when it’s a sector of the future,’ said the country’s Digital Development Agency. In 2018, the video games market was bigger than music and cinema, generating $138bn worldwide. But Africa is estimated to represent just 1% of that market, making it an area ripe for development and job creation. PwC said in 2017 the value of Africa’s video game industry would more than double to $642m by 2021. — AFP

Lots of other eyes check in when you do

Two out of three hotel websites inadvertently leak guests’ booking details and personal data to third-party sites, including advertisers and analytics companies, according to research released by Symantec. The study, which looked at more than 1,500 hotel websites in 54 countries that ranged from two-star to five-star properties, comes several months after Marriott International disclosed one of the worst data breaches in history. Compromised personal information includes full names, email addresses, credit card details and passport numbers of guests that could be used by cybercriminals who are increasingly interested in the movements of influential business professionals and government employees. — Reuters

A fight is raging behind the scenes that will determine what movie goers will see at their local cinemas. The skirmish centers around the theatrical ‘window’, the time a movie plays exclusively in cinemas before it can be released on DVD or digital. That period averages 90 days, but that could shrink. Netflix has streamed original movies at the same time, or just a few weeks after, their debut in cinemas. Amazon has said it would like some of its films to play for only two to eight weeks in cinemas before hitting the Amazon Prime Video streaming service. Even the king of the multiplex — Walt Disney — is getting into streaming, and will unveil details on Thursday of its strategy. That has stoked concern that it, too, might want movies in living rooms sooner. — Reuters

From Guptas to VBS to Carillion, every time it manages to get its head above water, something else strikes

Surprise, surprise: happy days as the rand pushes past R14/$

Failure to move by enX Group is exasperating shareholders

This is not an easy time to be selling ‘mobility’ assets, with the gears of the local economy grinding ominously

Fear and clothing: #ShowUs that we like being normal

You wear it well: Radical views will leave a mark on you

Is it possible for fast-fashion company H&M to become sustainable fast enough? It sure is trying hard enough

SPORTS DAY: Mapimpi urges his Sharks to pimp their ride

Ellis Park 2001: Crowd herded ‘like cattle going to the dip’

Blasts from the past: Brian Lara powers Windies rout