ANALYSIS: Did Zuma ruin not only SA, but also Libya, for greed?

Drug-resistant fungal infections are said to be on the rise, particularly in private Gauteng hospitals

WTF, IEC? If you let BLF on to the ballot, next it’ll be the Nazis

After the previous fiasco with Metrorail, the president risked getting on a train, but this one was very different

George Barkhuizen, who allegedly killed his wife for her insurance, claims the case was influenced by outside forces

A clinic has opened a 'man cave' to encourage males to take better care of themselves, and it's been a great success

Mamma’s a little old, but she’s helping to save her species

Muso’s use of Mtukudzi guitar hits sour note with family

But Ashton 'Mbeu' Nyahora says it's no big deal and, besides, the late jazz crooner's wife gave him her blessing

A man was murdered in a residential complex in Bryanston, Johannesburg, on Tuesday while in Paarl, a man was killed outside a shopping complex, according to reports. ER24 said of the Johannesburg incident: "A man, believed to be in his 60s, was shot dead in a complex off Anslow Road in Bryanston." ER24 paramedics, along with city of Johannesburg and Life Healthcare personnel, found the man lying in the parking area of the complex with a gunshot wound to his head. Details of the incident were not yet known. Western Cape police spokesperson Sergeant Noloyiso Rwexana said a murder investigation was under way after a “shooting incident that occurred this morning about 11:45am at a parking area at Van Der Lingen Street, Paarl. According to reports an unidentified man was shot and fatally wounded by unidentified suspects who are yet to be arrested. Police detectives are on the scene combing for clues.”

Seven people accused of manufacturing and dealing in heroin and mandrax following a R50m drug bust were under the impression that they would be manufacturing tablets for the treatment of HIV and cancer. Zainudeen Abrahams, 52, Millicent Skippers, 33, Natasha September, 32, Joseph Groenewald, 39, Jamie May, 33, Stephanie Hamke, 25, and Randall Jacobs, 36, appeared in the Durban Magistrate's Court on Tuesday for a formal bail application. Defence attorneys Ridwan Sayed, representing Abrahams, and Kiran Subajan, representing the rest of the accused, read out affidavits highlighting exceptional circumstances as to why their clients should be granted bail. The affidavits revealed a common key factor: the accused were hired under the pretext that they would be working at a manufacturing plant for antiretrovirals and tablets for cancer treatment.

A KwaZulu-Natal man has handed himself over to police after the grizzly discovery of an elderly woman's body in Phoenix, north of Durban, on Tuesday. According to police the 64-year old man handed himself over on Tuesday and allegedly told police he had murdered a woman in a house in Landbury Place. A security company, KZN VIP Protectors, discovered the body of the disabled woman on the floor. Her wheelchair was near her body. "We were called out to the house by a neighbour and upon arrival had to break the lock to gain entry," said Glen Naidoo of KZN VIP Protectors. The woman, 69, whose throat had been slit, was found dead on her bedroom floor. Police spokesperson Captain Nqobile Gwala said the man would appear in court on Wednesday.

After spending their lives in a war zone, two lions are on their way to their ancestral home in Africa. The lions from Rafah zoo, in the Gaza Strip, are due to land at OR Tambo International Airport in Johannesburg on Wednesday, a day later than originally planned. Their new home will be at Lionsrock, near Bethlehem in the Free State where they will join more than 100 other big cats rescued by the charity Four Paws. Forty-seven animals from the Rafah zoo were rescued by Four Paws at the weekend and taken 300km to Jordan by road. "The rescue mission was originally scheduled for the end of March but had to be postponed due to ongoing unrest in the region," said Four Paws. The charity's vet, Amir Khalil, said it had been a huge challenge to examine and load 47 animals, which include monkeys, porcupines and wolves, in four days.

A beetle that carries a fungus that rapidly kills trees – thousands of oak and maple trees in Johannesburg, George, Knysna, Durban and Pietermaritzburg have already been wiped out – has now invaded Somerset West, the City of Cape Town warned on Tuesday. It said the destructive polyphagous shot hole borer (PSBH) beetle had infested a "limited number" of London plane and sweetgum trees in Somerset West, about 45km away. Microbiologist and beetle expert Wilhelm de Beer said recently: "We have never had a beetle so devastating in SA." The beetle from Southeast Asia and about the size of a sesame seed, has been detected in every province except Limpopo he said, declaring it a "national emergency".

One of Clifton’s last vacant sites under hammer

One of the last vacant sites in swanky Clifton - on the Cape’s Atlantic Seaboard - is set to go under the virtual hammer on Wednesday. The prime elevated 455m² plot is among 70 properties which will be auctioned off in BidX1 South Africa’s first on-line auction. According to the 2018 Africa Wealth Report, published by AfrAsia Bank and New World Wealth, property prices per square metre for Bantry Bay and Clifton were the most expensive in South Africa, at around R86,500, while Nettleton Road in Clifton remained the poshest address in the country. 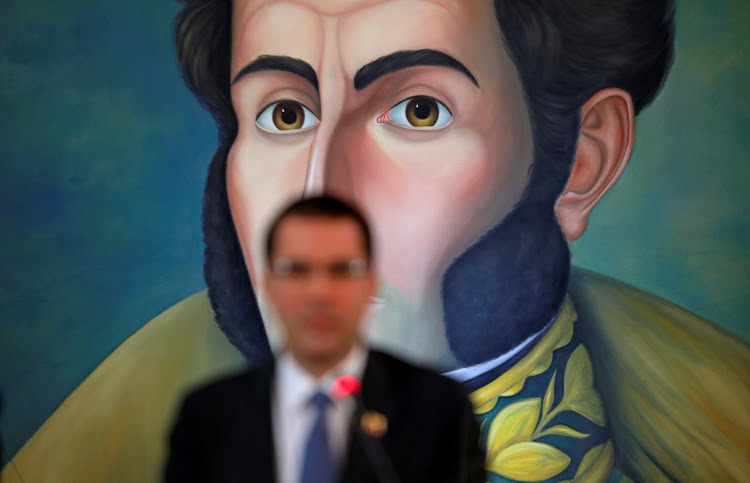 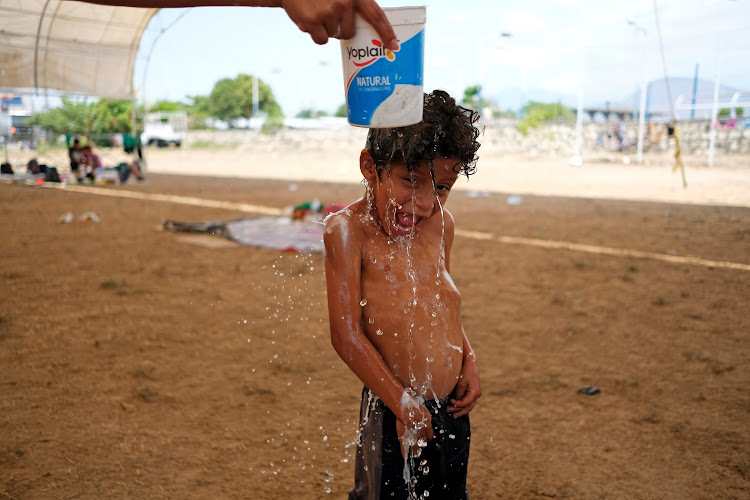 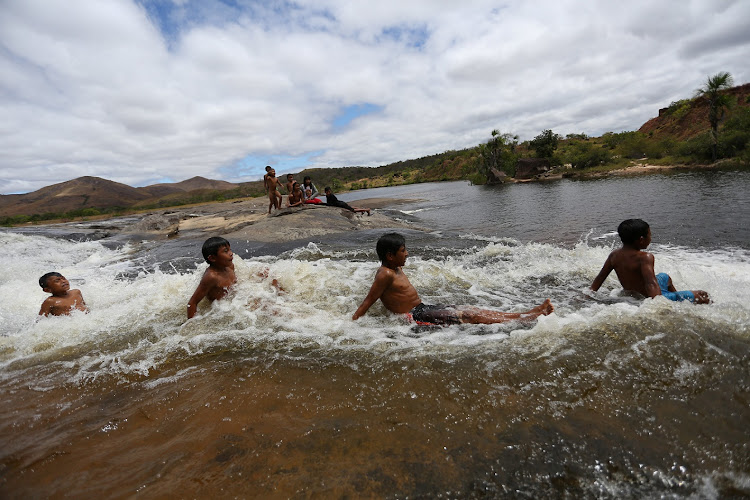 An SABC reporter was reporting in Alexandra, Johannesburg on Monday when a local decided to join him. The bystander tried to distract the reporter as well as the camera man but the reporter kept a high level of calm and professionalism.

CAPTIVATED BY CAPTIVITY A facility where nearly 100 whales including orcas and beluga whales are held in cages during a visit of scientists near the Sea of Japan port of Nakhodka in Russia.
Image: Press Service of Administration of Primorsky Krai/Alexander Safronov/Handout via Reuters

5 things you need to know about the world

Russia says it ‘threatens no one’ in the Arctic

Moscow’s military and economic developments in the Arctic do not threaten other countries, Russia’s foreign minister says, and they ensure the ‘security of the country’. He added territorial conflicts would be peacefully resolved. Some in the US command have warned about Washington’s vulnerabilities in the north. – AFP

Uber launched in Madrid its first electric scooter rental service in Europe through its subsidiary, Jump. Madrid has authorised 22 companies to provide shared electric scooters as part of its push towards more environmentally friendly transportation. Uber already provides scooters for rent in the US. – AFP

Three divers who helped rescue a Thai soccer team last year have made a discovery in Vietnam where they explored a tunnel that could expand the footprint of the world’s largest cave. The team crawled into a pit in the Son Doong cave, believed to connect to nearby chambers. If the tunnel connects to another cave, it would make Son Doong ‘easily the largest cave in the world, and it would never be overtaken’. – AFP

‘Egg boy’ has fame and a warning in his basket

Aussie teen William Connolly, lauded worldwide for egging a far-right senator who made offensive comments about the Christchurch mosque attacks, has been let off with a police caution. Connolly’s act drew support around the world, with a GoFundMe page raising more than Aus$80,000 to help with any legal fees and ‘more eggs’. Police said the senator had also escaped charges for fighting back. – AFP

Cast your vote! And smile for Netanyahu’s cameras

Israeli PM Benjamin Netanyahu faced criticism after activists from his right-wing Likud party brought cameras into polling stations in Arab-majority neighbourhoods. The main Arab party filed an urgent complaint to the elections committee after videos emerged appearing to show Likud observers being caught with small cameras while working in polling stations. Netanyahu said cameras would ensure there was no voter fraud. – AFP

Migrating sand martins that roost in the cliffs of Norfolk, Britain, have found their nests covered in netting by the local council. Experts say nests are vital for bird populations that call Britain home. Videos show the birds sitting on the netting and fruitlessly pecking at it as they try to return to their homes. The netting was put up to stop animals from nesting and prevent cliff erosion. – Telegraph Media Group Limited (2019

Nothing wrong with a positive spin on SA, but let’s not get carried away

While Jeremy Gardiner lures us with his buoyant predictions for the economy, reality brings us back down to Earth

Afrimat has left the building as coal, hard cash calls

Building firm's move into industrial minerals, iron ore and coal speaks to its savvy and a crumbling building sector

Super Smart: Pick n Pay is on the up in hard times

From controlling labour costs to its loyalty programme, the retailer is doing well in difficult conditions

Let Cape Town lead you down the garden path

And spend some downtime in a beautiful new boutique hotel which is, quite literally, a garden of delights

Mush ado: it’s time to put the fun back in fungi

Love or loathe them, we need to start embracing these fairy favourites

Come on, SA, you need to up your Super Rugby game

SA's Super Rugby derbies have never been a consistency guide, but the lack of it is getting a bit much