VW’s on-the-road fee is off the table, tribunal decrees

Bail blow for ‘serial con-artist’ as more charges to follow

Tracy Morrison tries to get bail dropped, but judge isn't having any of it

This is where things get tricky for officials trying to recover the R400m: King Mswati makes Zuma look like a Quaker

Pupils not getting a proper maths foundation because they are not given word problems, says literacy co-ordinator

Teachers leave pupils with blank boards and Motshekga with a problem

The number of teachers who skip school every day is ‘deeply troubling’, says the minister of basic education

From Bishopscourt to Langa, facilities blame 'stringent and nonsensical regulations'

University of KwaZulu-Natal student graduated with a law degree this week, and she’s staying with the police

Tech us or leave us: How Silicon Valley’s staff are saving the world

There is a rise in activism among them, and the unique laws they work under mean they can dare to take on the giants

What happens when you ditch tech and go off-grid? Ask this guy

As technology behemoths face growing distrust and calls for a duty of care, Mark Boyle has done away with it all

When love Di’s: Why The Sun stopped shining on Harry and Meghan

It looks as if the once-besotted media has turned on the Duke and Duchess of Sussex. Or is it more complex than that?

Residents of Alexandra marched over the highway at Grayston, taking their shutdown protest to Sandton on Monday.
Image: Alon Skuy

One of the suspects allegedly involved in a massive poaching syndicate with nine department of agriculture, forestry and fisheries (DAFF) anti-poaching officials was shot dead on Monday. Donovan Williams, an alleged member of the 28s gang and an alleged abalone poacher, was killed in an industrial area in Gansbaai, several sources told TimesLIVE. Williams was expected to appear in the Cape Town High Court on April 26, when the case against him and 18 other individuals linked to a massive abalone poaching ring will be heard.

Thousands of cops have criminal records

A whopping 4,174 members of the police have criminal records, for a variety of crimes such as assault, theft, kidnapping and fraud. This was revealed in a parliamentary reply by police minister Bheki Cele, who also told parliament that among them were 32 senior managers who had convictions for crimes such as fraud, public violence and assault. Among the rank and file of the SAPS were officers convicted for assault, theft, kidnapping and murder. In his written response, Cele did not comment specifically on murders but their existence emerged in the statistical tables attached to his response.

No ANC candidates are illegal: Mbalula

ANC elections head Fikile Mbalula says none of the ANC candidates for the national assembly contravenes electoral laws. Mbalula, however, said the party did admit that the integrity of some of its candidates may be compromised and hence the ANC had called on its integrity committee to step in. He said if the committee found against certain candidates and recommended that they step aside, that would be implemented. Mbalula was addressing a media briefing at the party's head office in Johannesburg on Monday.

Eskom appealed to consumers on Monday to use electricity sparingly as colder weather is expected to increase the risk of load-shedding during the week. ‘With colder weather expected across the country and the demand of electricity projected to increase, the power system is forecast to be tight for this week,’ said the power utility. ‘The winter plan indicates a higher demand, with three days being extremely tight, with a high risk of load-shedding.’

Gqom star Babes Wodumo and her sister, Nondumiso Simelane, have been found guilty of contempt of court and ordered to pay a R1,000 fine. The two, along with artist Tipcee - real name Thobeka Ndaba - appeared in the Durban Magistrate's Court on Monday after a warrant for their arrest was issued on Friday. The warrant was issued for the trio after they failed to appear in court on a common assault charge. They were arrested in Durban on Monday.

Xolani Luvuno, who lost his leg to cancer and overcame a drug addiction, has ticked the African Ironman Championship off his list of races - inspiring many along the way. The athlete who uses his crutches to complete events, had to learn how to swim for the championship that took place on Sunday. Here's what twitter had to say. 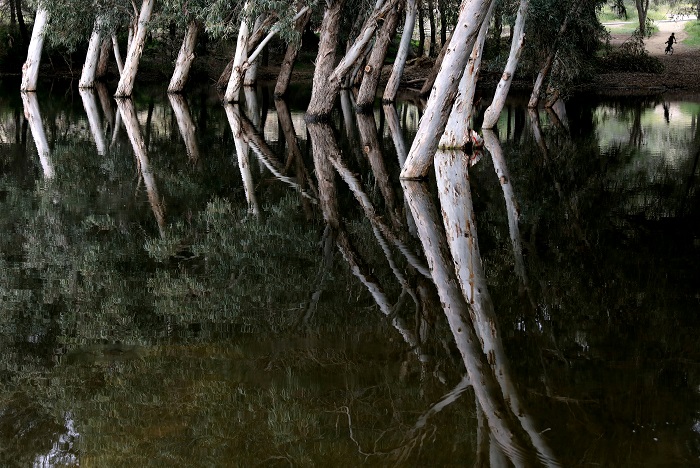 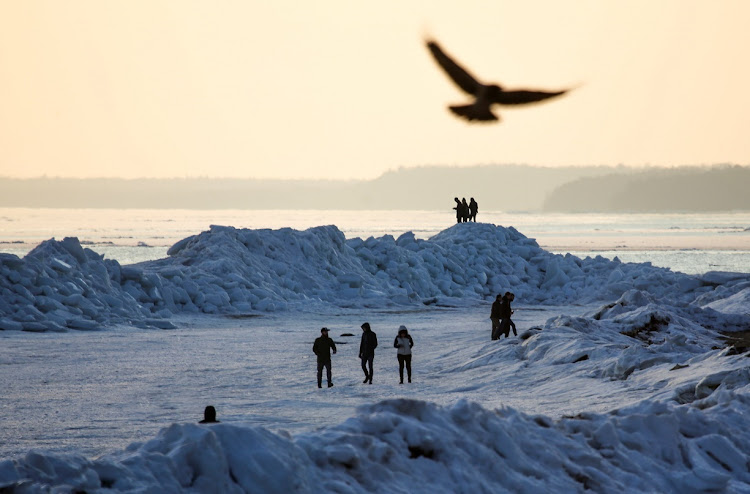 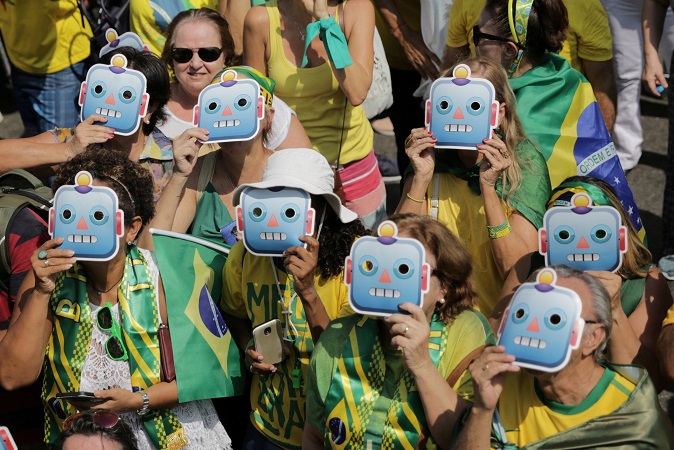 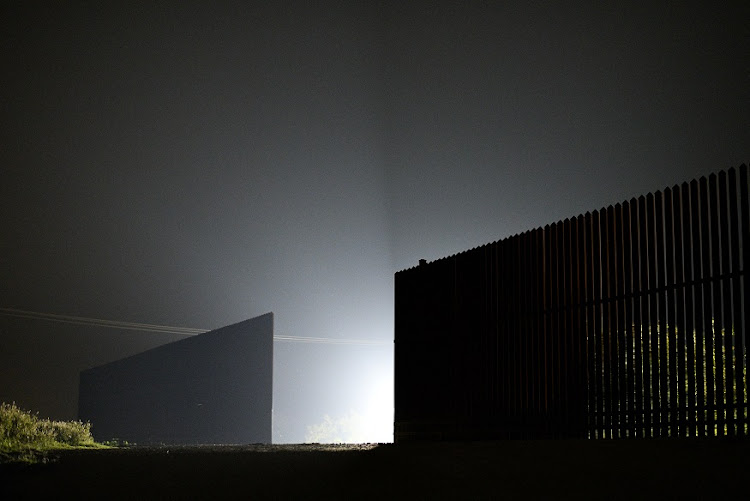 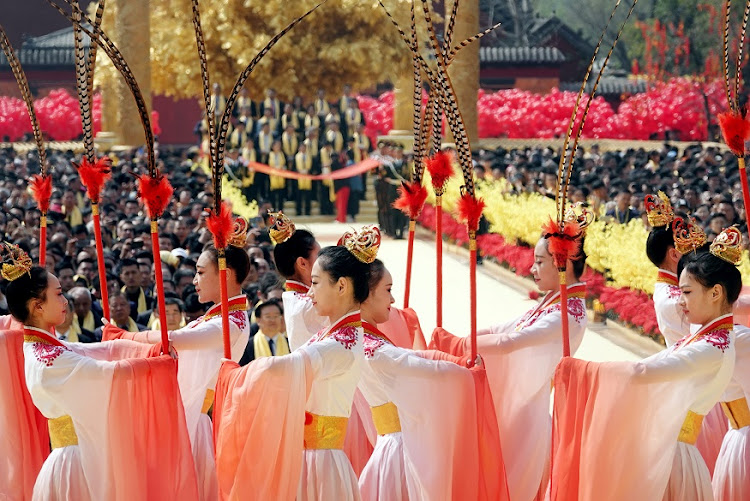 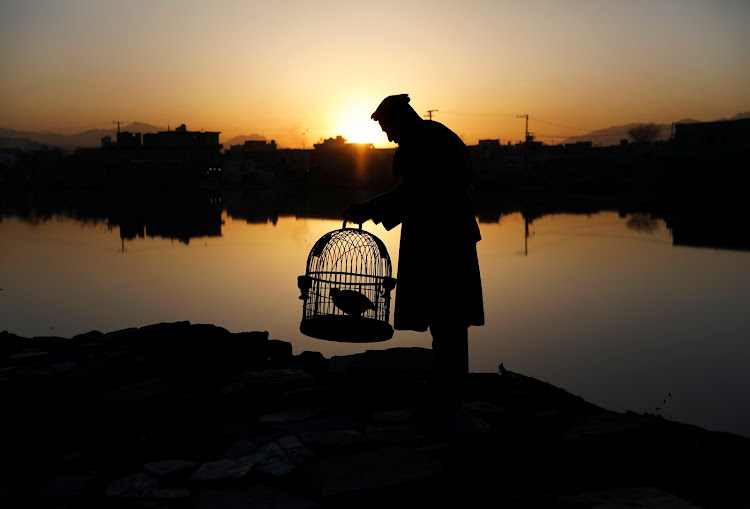 Dems race: For Pete’s sake, how bad can it get for Biden?

Former Veep has been slated for his dodgy behaviour towards women, while ‘Mayor Pete’ continues to rise

Is borrowing a stranger’s ride the death of car rental?

5 things you need to know about the world

This is why it’s cool to suck in science

Scientists are expected to unveil the first photograph of a black hole on Wednesday, a breakthrough in astrophysics providing insight into celestial monsters with gravitational fields so intense no matter or light can escape. The US National Science Foundation has scheduled a news conference in Washington to announce a “groundbreaking result from the Event Horizon Telescope (EHT) project,” an international partnership formed in 2012 to try to directly observe the immediate environment of a black hole. Simultaneous news conferences are scheduled in Brussels, Santiago, Shanghai, Taipei and Tokyo. A black hole’s event horizon, one of the most violent places in the universe, is the point of no return beyond which anything - stars, planets, gas, dust, all forms of electromagnetic radiation including light - gets sucked in irretrievably. - Reuters

Child marriage age raised … by not much

Jordan’s parliament on Monday amended marriage laws to allow judges in “exceptional” cases to permit minors to wed from the age of 16, up from a previous minimum of 15. The move was approved by the house of representatives and the senate. The country’s minimum marriage age is 18 under normal circumstances, but unions involving minors can be granted by a judge, so long as they meet conditions including the consent of the girl. Women’s groups in Jordan have long campaigned against the marriage of minors. Last week, Human Rights Watch urged Jordan’s parliament to forbid the practice, noting that the “vast majority” of cases involve girls rather than boys. “Jordan should seize the opportunity to prevent child marriage and enforce the minimum marriage age of 18 without exception,” the rights group said. – AFP

Funny presidential hopeful is no dope

Ukrainian leader Petro Poroshenko and comedian Volodymyr Zelensky have taken drug tests ahead of their election run-off as the ex-Soviet country’s presidential race becomes increasingly sensational. Zelensky, a 41-year-old actor best known for playing the president in a TV show, is favourite to become Ukraine’s next leader after he dominated a first-round vote on March 31, despite many dismissing his candidacy as a joke. The drug and alcohol tests are part of unusual conditions laid down by Zelensky before he would agree to a public debate with Poroshenko in the country’s biggest sports stadium. Despite the flamboyant media spectacle, the stakes are high for the country of 45 million seen as the biggest frontier between the European Union and Russia. Ukraine is mired in a smouldering war with Moscow-backed separatists in the industrial east, a conflict that has claimed 13,000 lives. - AFP

Father of the American Cavalry was intersex

DNA tests have shown that American Revolutionary War hero Casimir Pulaski was almost certainly intersex, a documentary to be broadcast on Monday will reveal. Researchers for the documentary established that the disputed remains of the general known as the “father of the American Cavalry” were genuine, cementing the view that he was born with an intersex condition. Rumours have swirled for years over whether Pulaski, a Polish nobleman born in Warsaw in 1745, was born with both male and female sex characteristics. A forensic investigation conducted in 1996 on exhumed remains showed signs of a more oval-shaped pelvis and rounded facial features, both indicators of female physiology. However, scientists and researchers had been split over whether the skeleton, which was the same height as Pulaski and bore many of his reported wounds, was actually the general who fought under the command of George Washington. – Reuters

Egypt has unveiled the 2,500-year-old mummy of a high priest at an ancient cemetery south of Cairo. Egyptologist Zahi Hawass and an Egyptian team opened three sealed sarcophagi from the 26th Dynasty. One contained the well-preserved mummy of a powerful priest, wrapped in linen and decorated with a golden figure depicting Isis, an ancient Egyptian goddess. The team also opened two other sarcophagi, one containing a female mummy decorated with blue beads and another with a father in a family tomb. The finds were revealed live on air on the Discovery Channel on Sunday. – AFP

Why leaders should never let fear win over common sense

Five months of striking hell could soon be over (or not)

Sibanye could impose the deal signed with other unions on Amcu’s members, rendering the strike unprotected

MMI takes the no-frills route to winning back market share

Boss and his deputy sit in spartan Centurion digs, choosing to spend on stuff that keeps staff motivated

Just for the record: By the time we get to Woodstock 2019

Book extract: ‘The Taking of Annie Thorne’ by CJ Tudor

Creepy, gory and sinister mystery set in a small town in northern England. By the author of ‘The Chalkman’

The deal of the art: Why diversity beats the old faves

Fewer visitors are worth it if we exhibit more diverse contemporary artists, says National Portrait Gallery

SPORTS DAY: Zwane as good as Iniesta? Pitso thinks so

Spurs stadium didn’t cost peanuts and it makes me sick

Tottenham Hotspur moved into a new home that cost £1bn, but it’s a far cry from having a sense of place

Blasts from the past: Player’s amazing Augusta comeback