Duarte, Trump and co won’t shut up the media

Crocs SA’s Ts and Cs have holes in them

‘That was all lies’: Family land ends up in the ‘wrong hands’

One beneficiary claims to a descendant of the man who owned the land, but the family denies any knowledge of him

In her first year of varsity, she was diagnosed with a learning disorder, but that would not be the end of her troubles

Face it, Jack: Jill has the right idea about longevity

BACK WITH A BANG A Maria Lassnig painting at a retrospective in the Stedelijk Museum in Amsterdam.
Image: Koen van Weel/ANP/AFP

Suspected clashes between rival gangs involved in collecting rubbish at the Rietfontein dumpsite and a drug turf war in KwaThema have led to the murder of seven people. Seven other people were admitted to hospital with gunshot wounds. Gauteng provincial police commissioner Lieutenant-General Elias Mawela has appointed a multidisciplinary task team to find the shooters. The incidents occurred in Springs, Tsakane and KwaThema. "Although the motive for the shooting and killing by a group of people is still being investigated, police are looking at the possibility that some of the killings may be related to rival gangs involved in collecting trash at the Rietfontein landfill (dumpsite)...," he said. Eight other people were also attacked in a shack at an informal settlement in KwaThema. Three people aged between 26 and 41 died and five others were taken to hospital. It was suspected that the motive was drug related.

Police have confirmed that the teacher who filmed several disturbing videos of another teacher assaulting toddlers at a Carletonville crèche has not been arrested. This is after the attorney representing the crèche’s principal, Danie van Zyl, said on Thursday that the teacher who assaulted the learners had been arrested and released on bail while the one who filmed the assaults was expected to be arrested "in a few hours". "Police cannot confirm what the lawyer said. Other than the arrest of the 40-year old woman depicted on the video, I can confirm that there have been no other arrests," said provincial spokesperson Brigadier Mathapelo Peters. Van Zyl revealed that the teacher who took the videos was a disgruntled former employee at the creche. She used the videos to blackmail the principal into giving her money.

Warmly wrapped in a soft white blanket, wearing a yellow hat and a blue top, the alert eyes of a baby caught the attention of a restaurant diner. The baby was lying on the floor of the ladies' room at a Polokwane food outlet. He was found abandoned at 1pm on Saturday. Limpopo police said: "One of the customers in the outlet went to the toilet and on arrival she was shocked to find the baby, placed on the floor, wearing a jersey and wrapped in a blanket." She alerted employees of the outlet, who summoned the police. "The police responded swiftly, found a baby boy who might be a few days old, and took him to the hospital for medical assistance." A case of child neglect was opened. The identity of the mother was unknown.

A human skull and a pair of pants found in the Kruger National Park are believed to be those of a man killed by an elephant while poaching with his accomplices. Lions are believed to have eaten his remains, resulting in further pain for his family. Police Brigadier Leonard Hlathi said the men had gone poaching in the park on April 1, "when suddenly an elephant attacked and killed one of them". "His accomplices claimed to have carried his body to the road so that passers-by could find it in the morning. They then vanished from the park. "Once outside, they reportedly informed a relative of the dead man about their ordeal." Park rangers and police were alerted. The man's remains were found in the Crocodile Bridge section on April 4.

Pupil in hospital after hosepipe beating

A principal is facing charges of assault with the intent to cause grievous bodily harm after health workers treated an injured 10-year-old boy who had to be admitted to hospital. Five other pupils have spoken out over incidents of corporal punishment since the police began an investigation. Mpumalanga police spokesperson Brigadier Leonard Hlathi said the corporal punishment allegedly took place at the Lydenburg Islamic Centre. A 10-year-old pupil at the centre was taken to hospital by the centre management on April 1. "They told nurses that they suspected the boy was suffering from an allergy as his eyes were blood red. Hospital staff became suspicious when the centre management did not want the boy to respond to questions posed to him. Staff noticed severe injuries on the pupil's buttocks, and "he told the nurses he was beaten by the principal with a hosepipe". The suspect will appear at the Mashishing Magistrate's Court on Monday.

The sale of Medupi and Kusile, Eskom's newest power stations, could still be on the cards if other funding options for the cash-strapped power utility fall short. Eskom's chief financial officer, Calib Cassim, said: "We've considered this in the past. We've done all the work. It didn't make economic sense [then] and at the moment it's not on the cards for us." But, he added, selling them could be revisited when the power stations were complete. Cassim said selling Medupi or Kusile was not feasible until they were completed, otherwise Eskom risked selling them "at such a discount”. 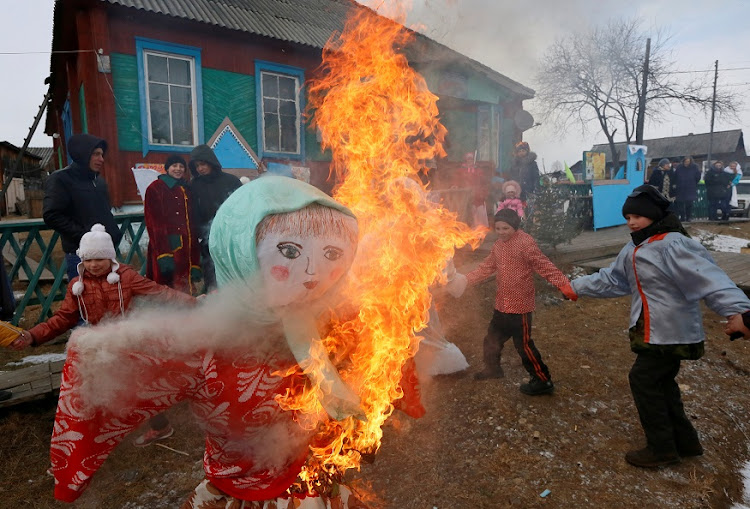 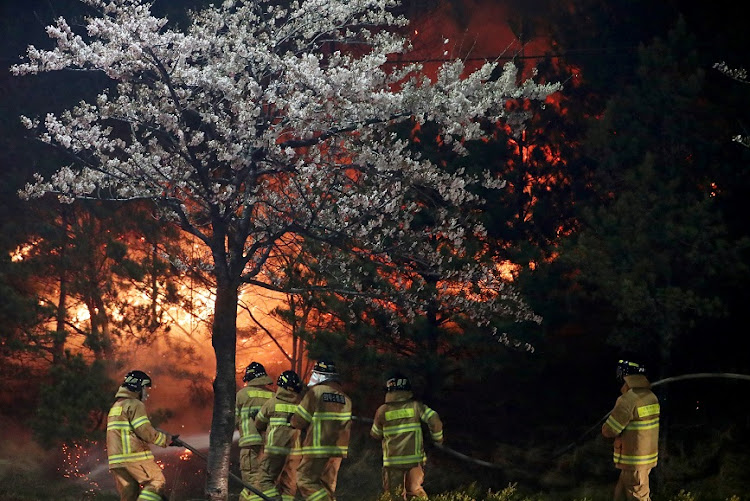 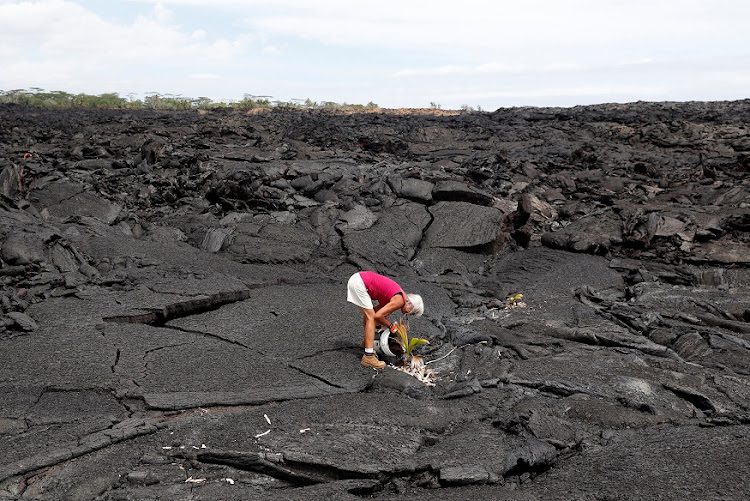 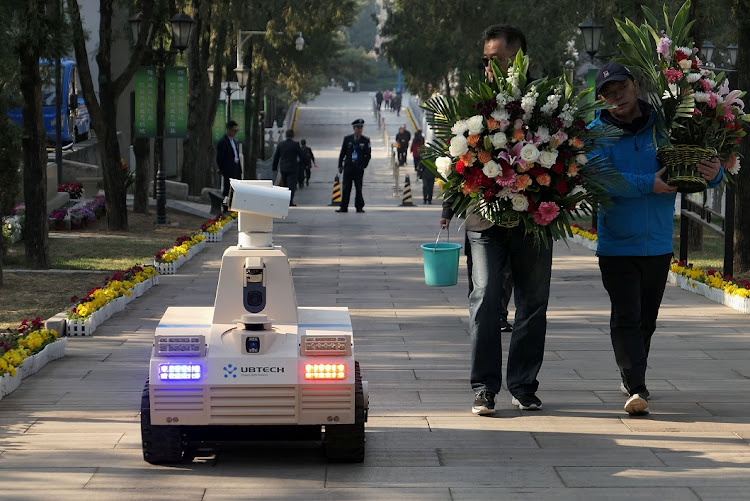 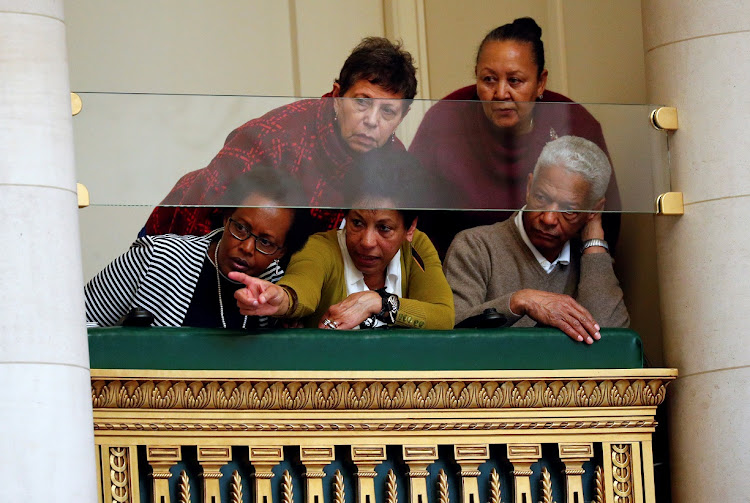 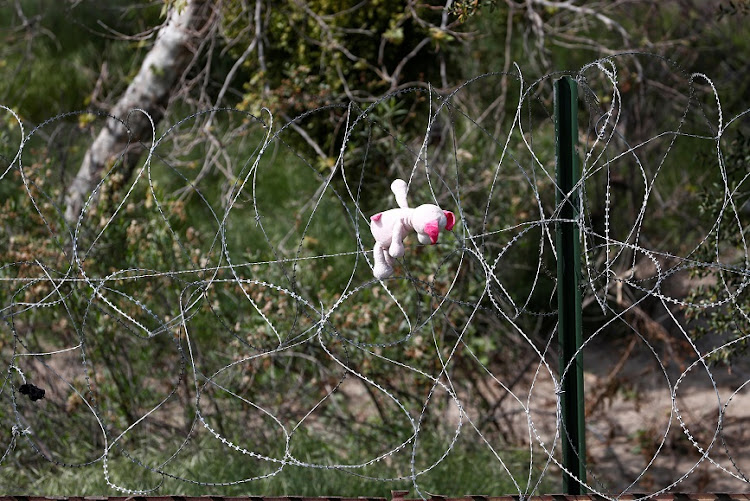 While far-right groups are set for gains, policy differences and rivalries will scupper plans for unity, experts say

The name is Cambridge: William joins his gran’s secret service

On a top-secret project, the duke spent three weeks undercover to learn how the security services deal with threats

Russian whale jail inmates might be freed thanks to Cousteau

Only the best for Fido: it’s gourmet time for hairy hipsters

Put it in a sock, say eco-warriors

Gaudy gift-wrapping and bows are a cornerstone of any festive occasion, but environmental campaigners have suggested giving unwrapped presents instead. Isabel Thomas, a children's science writer, proposed that parents could also use socks as party bags to be more eco-friendly. ‘Lots of wrapping paper isn't actually recyclable,’ she said. – Telegraph Media Group Limited (2019)

Your cat knows its name. It’s just ignoring you

Devoted cat owners who have long gushed about the intelligence of their pets will be purring at a new proclamation from scientists that the animals really can recognise their own names. While dogs are known to be skilled at interpreting language, there has been little research into whether cats know what humans are saying. But new research has found that cats were far more likely to respond to-recordings of their own name than words of a similar length and intonation, suggesting they do understand the word relates to them. –Telegraph Media Group Limited (2019)

The Duchess of Sussex has appointed her own delivery team to oversee the birth of her first child. Meghan has broken from royal tradition by not appointing the Royal Household gynaecologists because she does not want ‘the men in suits’ to supervise the birth, the Mail on Sunday reported. The 37-year-old has instead chosen an ‘unnamed female doctor’ to lead the team instead of Alan Farthing and Guy Thorpe-Beeston, who attended the births of the Duke and Duchess of Cambridge's children. – Telegraph Media Group Limited (2019)

Abba's two leading men made a surprise appearance as hit musical ‘Mamma Mia!’ celebrated its 20th anniversary. Benny Andersson and Bjorn Ulvaeus delighted audience members on Saturday night as the musical marked two decades in the West End. The pair, who wrote the music and lyrics to the popular show, sparked huge applause and cheers from a packed Novello Theatre in London when they took to the stage after the performance. – Telegraph Media Group Limited (2019)

Returned ‘lost boy’ is in fact a fraudster

A US man who falsely claimed to be Timmothy Pitzen, a boy who mysteriously disappeared in 2011, has been arrested and charged by the FBI. Brian Rini, 23, told police at he was the boy whose disappearance caused a nationwide search, claiming he had been held captive and had finally escaped on Wednesday. The FBI said DNA tests proved he was lying and identified the man as Rini, a convicted criminal who has twice before falsely portrayed himself as a juvenile sex trafficking victim. –Telegraph Media Group Limited (2019)

Toilet paper, ‘gold leaf’ crisps and mega-burgers may not sound like the most obvious way to celebrate a historical landmark in modern Japanese history. Yet, these are among a raft of eclectic ‘imperial’ products launched by Japanese businesses as emperor fever swept the nation. Japan is currently counting down to the moment when Emperor Akihito abdicates on April 30. The event will be followed the next day by his son Crown Prince Naruhito's ascension. – Telegraph Media Group Limited (2019)

There's a lack of strong leadership in key posts at power stations, while critical positions must be filled now

Coming back to life: Momentum on drive to revive its brand

Following dip in broker support, as well as a reputation knock, company is looking to boost its sales agents force

Saudi Arabia’s desert dream is turning into a nightmare

Aramco is a fearsome beast, but its prowess is diminishing, and with it a nation shockingly dependent on it

How to make your sex life more eco friendly (no, really)

Oh brilliant, Google: Hire a hater to sort out your ethics?

Google dissolves its ethics forum after a row about hiring an anti-trans, anti-LGBT, anti-immigrant member

Put it all together with the Lego Creator Expert model car range, now with some muscle in the mix

SPORTS DAY: Ethiopians run away with the spoils

Playing on world stage is a no-brainer for SA players

Blasts from the past: Barefoot De Klerk breaks 200m record