Tambo family wants remains back from ‘exile’ – against Adelaide’s ‘wishes’

Out for the count: anaesthetists battle burnout

As suicides mount, report reveals 40% of state-sector anaesthetist doctors have reached their limit

Payout awaits homeless people - but they don’t know yet

Thanks to 'an idea and a pile of books', he sells books at five shopping malls, employs staff and makes a daily profit

Out of the Pottinger and into the fire for SA?

Victoria Geoghegan's new PR firm has attitudes that will ring an ominous bell for South Africans. We must remain wary

Their mom’s autopsy report was for a man. A year later it’s still not fixed

The family alerted the morgue and cops to the error-ridden report, and they haven't heard a word since

In a smoke-filled suitcase with a snake, I tried to deal with catastrophe

How I found myself in Drunkard's Alley, covered in firewater, is thanks to an odd investor who says it’s good for me

Before you judge, put yourself in Duarte’s (terrifying) place

Just love them: A dad’s thoughts after a cruel week for SA children

Toddlers abused at a creche, a child found down a drain, and a mother convicted on neglect charges. All in four days

Like eel and pizza, this gives me sweaty palms that imperil a postman

THIS POST IS HER CALLING Germany's only postwoman to deliver the mail by boat from April until October delivers the post in the village of Lehde.
Image: Reuters/Hannibal Hanschke

Police have confirmed that a Carletonville nursery school caregiver, who was filmed assaulting at least three toddlers enrolled at the school, has been arrested. Warrant Officer Peter Masooa said the woman appeared in court on March 28 after a fellow teacher opened a case of assault on a minor against her. The woman was remanded in custody and will appear again soon. Parents of children enrolled at the crèche descended on the property on Thursday to fetch their children and demand answers. Three videos circulating show how the caregiver repeatedly smacked the children on the buttocks, slapped them over their heads with open hands, beat one on the head with a wooden scrubbing brush and grabbed them by the collars. One of the children was seen being grabbed and thrown on to the carpet, where the caregiver is then seen putting her foot on the boy's head.

The ANC has described a tongue-lashing delivered by its deputy secretary-general, Jessie Duarte, to a journalist as unfortunate. Duarte described eNCA journalist Samkele Maseko as arrogant, accused him of asking "attacking" questions and acting like a "lord of the media" during a briefing at Luthuli House. Following the incident, the ANC met the broadcaster and the SA National Editors' Forum on Wednesday in engagements ANC national spokesperson Dakota Legoete described as cordial and robust. "In both meetings, we agreed that the incident … was unfortunate and not in the spirit of a professional and mutually beneficial relationship. The ANC acknowledges that healthy tension between political parties and the media is inherent in a democracy," Legoete said. The party would continue to regularly engage with Sanef and media houses.

ANC President Cyril Ramaphosa, on the campaign trail in Diepsloot, has urged Johannesburg mayor Herman Mashaba to hear the cries of the people of Alexandra. This comes after the northern Johannesburg township's residents protested on Wednesday about service delivery. Ramaphosa said Johannesburg was more than capable of tackling the issue and urged Mashaba to "heed" the community's complaints. "The people there [in Alex] have been complaining about issues of service delivery and are pleading with the mayor to go and address them. "Those are issues which are in the realm of local government and we urge the local government to pay heed and address the needs of our people," Ramaphosa said.

Snow on Drakensberg from Friday

The first significant snowfall for the year is expected over the Drakensberg on Friday. Richard Weeden of Snow Report said that between 10cm and 25cm of snow has been predicted. "We’ve been seeing snow on the horizon for a few weeks now. Now it seems likely that high-level snow will fall over the Drakensberg. There may be a small chance that it may fall over other places," said Weeden. The snow is expected to fall over the high peaks of the northern, central and southern Drakensberg. Weeden said although there was a slight sprinkling of snow in January, Friday’s predicted snowfall would be the "first significant" snow for the year. "We think we’re in for a pretty good winter."

A senior Zululand district municipality official has been taken in for questioning, police confirmed on Thursday. Police minister Bheki Cele's spokesperson, Reneilwe Serero, confirmed that the official has been detained. Serero did not respond to questions about why the official had been taken into custody. The IFP's secretary-general and KZN premier candidate mayor Velenkosini Hlabisa declined to comment on the matter. He said he was still trying to obtain information.

Serge Mokonyane, the husband of environmental affairs minister Nomvula Mokonyane, died on Thursday morning in Johannesburg. "It is with profound sadness that we announce the passing of Mr Serge Mokonyane, husband to minister of environmental affairs Nomvula Mokonyane, at a Johannesburg hospital this morning," Mokonyane's spokesperson, Mlimandlela Ndamase, said. Serge was admitted to hospital last month. The cause of death was not provided. The presidency said Serge died following "an extended illness" and that "President Ramaphosa's thoughts and prayers are with minister Mokonyane, her immediate and extended family, and friends and associates of Mr Mokonyane”.

Horrifying CCTV footage of a couple on a motorbike being run over in Bangalore, India, on Monday has emerged. The SUV is unable to slow down and collides with the couple, pinning the woman under its front wheels. 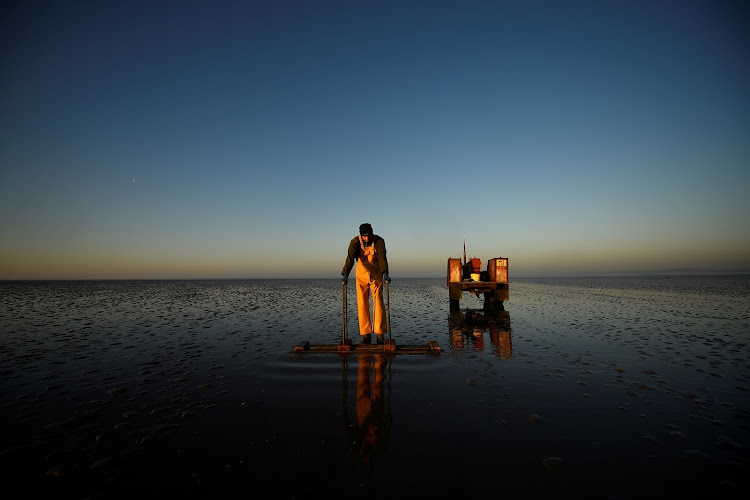 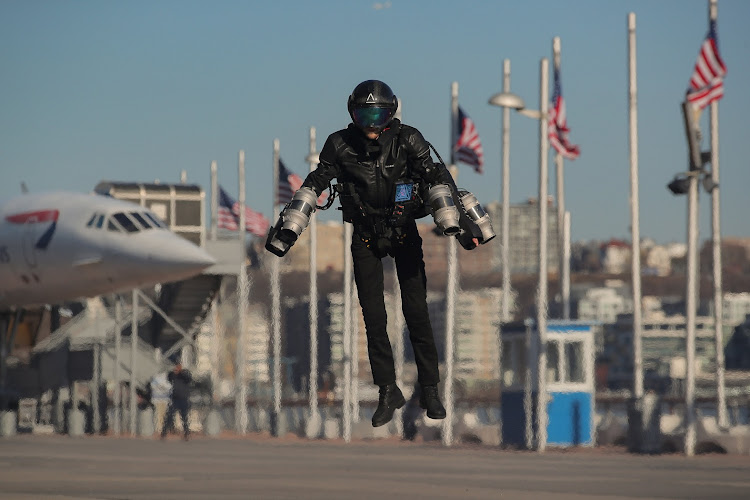 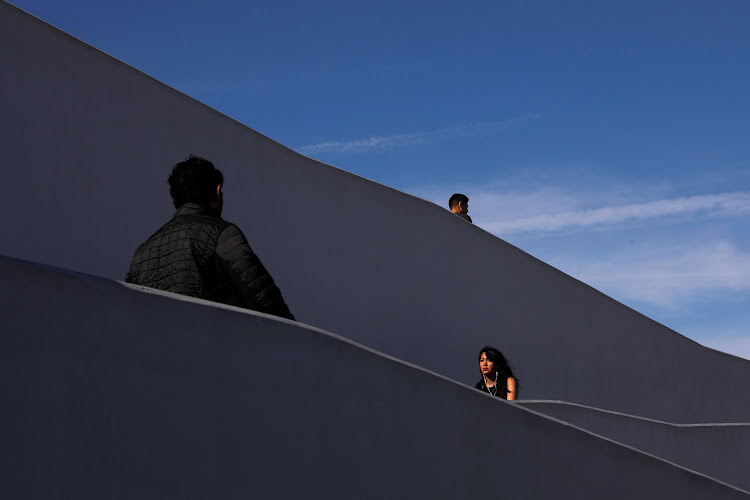 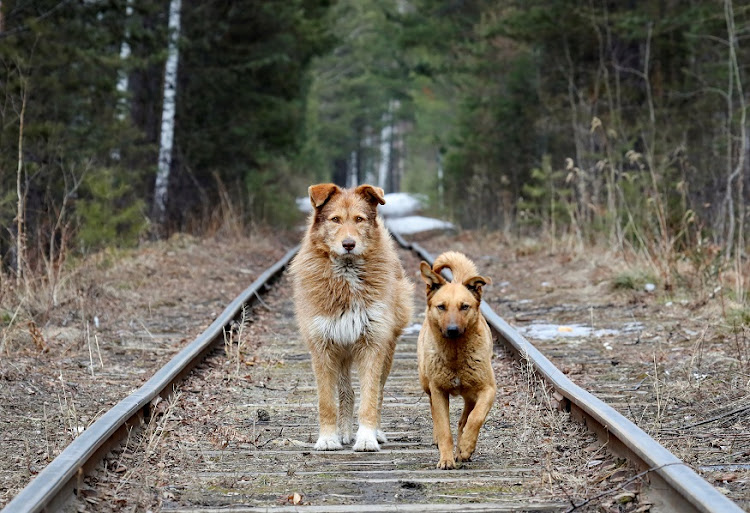 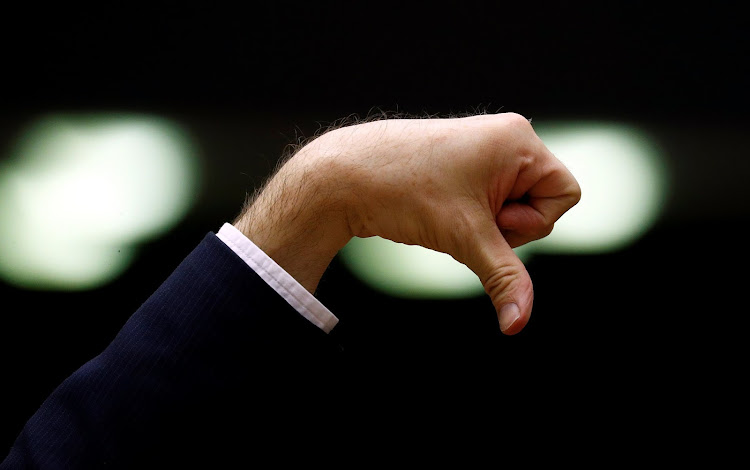 The ultimate slimming hack is to starve the belly of blood

Stay as you are: Kurt Cobain, voice of a generation, lives on

Twenty-five years after the grunge icon's suicide, his manager reflects on his genius and legacy

After a group of men whipped a woman for singing in public, an all-woman band's street concert was all the more brave

Dragons beware tourists in their lair

Indonesia may temporarily shut an island that is home to komodo dragons in a bid to fix problems created by mass tourism and thwart attempts to smuggle the world's biggest lizard, the local tourism agency said on Thursday. The proposed closure, which is awaiting central government approval, would start from 2020 but does not apply to nearby islands where the giant, slavering carnivores are also found, the agency said. Thousands of tourists annually descend on the cluster of islands in the eastern part of the sprawling archipelago nation, the only place in the world where komodo dragons can be seen in their natural habitat. – AFP

A Japanese probe began descending towards an asteroid on Thursday on a mission to blast a crater into its surface and collect material that could shed light on the solar system's evolution. The mission will be the latest in a series of explorations carried out by the Japanese space agency's Hayabusa2 probe and could reveal more about the origin of life on Earth. But the task scheduled for Friday will be the riskiest yet of Hayabusa2's investigations, and involves the release of a device filled with explosives. The "small carry-on impactor" will emerge from Hayabusa2 on Friday, after the probe has arrived just 500m above the asteroid Ryugu. The probe will then depart the area, and the impactor is programmed to explode 40 minutes later, propelling the copper bottom towards Ryugu, 300 million kilometres from Earth. – AFP

An A4 gift to die for

From a modern summer villa with an outdoor pool to a fully equipped film studio or a casino, paper model makers in Taiwan are ensuring the dead enjoy an eternity of luxury. Across the global Chinese diaspora, burning paper offerings has long been seen as a way to send ancestors gifts to use in the afterlife. In recent years, traditional paper incarnations of money and gold bars have given way to the more modern - paper iPads and cellphones, washing machines, cars, TVs and credit cards. But a handful of paper model makers in Taiwan are taking the art to a new level and crafting offerings that bestow on the dead the kind of trappings only experienced by the truly rich and famous in the land of the living. – AFP

Four activists in southwestern China have been handed prison sentences over liquor labels commemorating the 1989 Tiananmen massacre, two months before the crackdown’s 30th anniversary, said rights groups and relatives. China forbids public discussion of the military’s brutal suppression of the demonstrations, often detaining those who attempt to raise it. The four were arrested nearly three years ago for advertising and selling alcohol with labels that said, “Always remember June 4th, 1989”, using a play on words and numbers to represent the banned date. The label also showed an illustrated rendition of “Tank Man”, a renowned photograph of a single individual facing down a column of armoured vehicles in 1989. Fu Hailu, Zhang Juanyong, and Luo Fuyu were sentenced to three years and Chen Bing to three and a half. – AFP

An April Fools’ Day resignation prank? One Texas civil court judge wishes it were so. A newly elected judge in Houston accidentally resigned, according to local media and a county official, after he shared plans online to run for the state supreme court, apparently unaware that the Texas constitution considers such an announcement an automatic resignation. The Harris County Civil Court judge, Bill McLeod, did not immediately respond to a request for comment. Article 16, Section 65, of the state’s constitution says that a judge’s announcement of candidacy for another office “shall constitute an automatic resignation of the office then held.” – Reuters

Cats are able to distinguish their own names from other similar-sounding words, even when said by strangers, according to new research released on Thursday. While dogs’ ability to respond to verbal commands from humans has been known for centuries, much less is understood about how cats react to spoken cues. Researchers in Japan decided to test how well cats are able to distinguish the meanings of words that sound similar to each other. They studied 78 cats from households and a cat cafe and found most were able to recognise their own names from other words that had the same length and stress - even when an unfamiliar person was speaking. “They seem to associate their name to some rewards or punishments. This is a natural and general learning ability in animals,” said Atsuko Saito, from Sophia University’s psychology department, the lead author of the study published in the Nature journal Scientific Reports. - AFP

Hmm, there really do seem to be stirrings in listed property

Disgrace that SA is not planning to make more use of an environmentally friendly, abundant natural resource

Battered JSE can thank miners but look out for bumps ahead

JSE’s resources index is up 17.25% this year, compared to the all share index’s 9.51%. But cracks are emerging

Some of the nicer things rock stars say about each other

SPORTS DAY: Lions can look forward to a beastly battle

Blasts from the past: Better late than never, Doc