There’s a reason why the poor tend to vote for scaremongers. Let’s fix it

ANALYSIS: Can the FF+ accelerate away from its pedestrian growth?

It has been steadily losing support since 1994, but this year a low voter turnout might work in its favour

Dead on the vine: Cape farmer in a grape deal of bother

Cancer is the new HIV: War over treatment looms

SA has the cheapest HIV treatment in the world. Activists want the same for cancer

A simple heel-prick to avoid a lifetime of brain damage

In 2009, the government moved hundreds from their homes and into the 'temporary' camp in Isipingo, south of Durban

I voted to stay in the EU, but arrogant Remainers have ruined everything

On toppie of the world: my new life as a midlife model

Silver foxes are the new darlings of the fashion scene, much to the amusement, and sometimes admiration, of their kids

Finally, we travelled trauma-free with an autistic child

After years of trauma it was a joy to find a resort where our son, who is on the autism spectrum, felt at ease 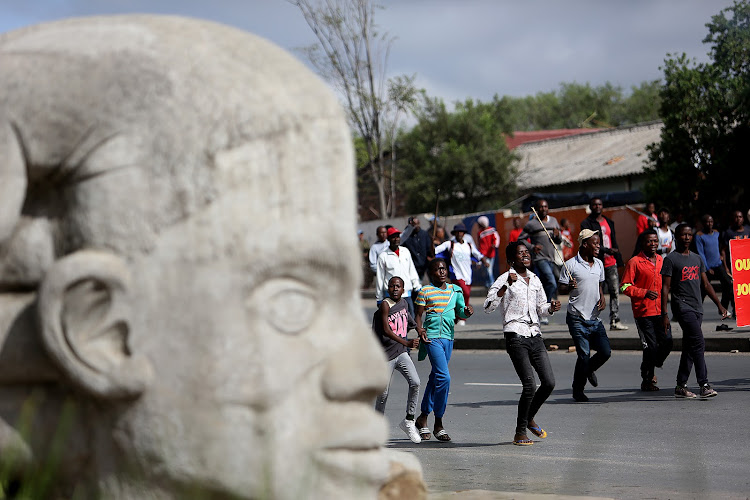 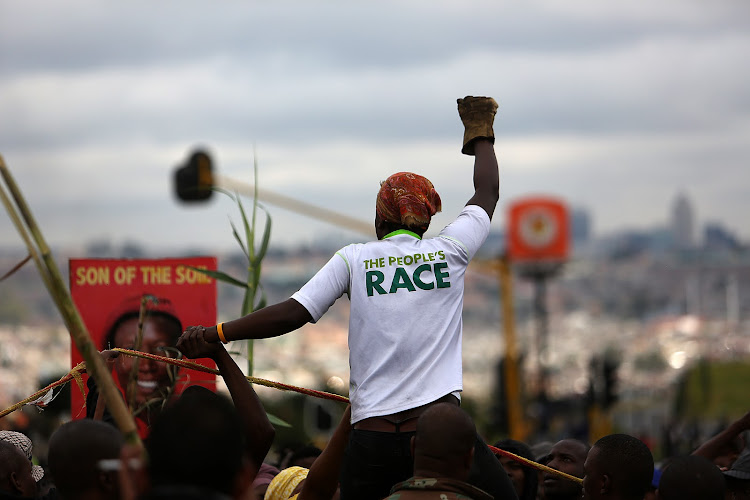 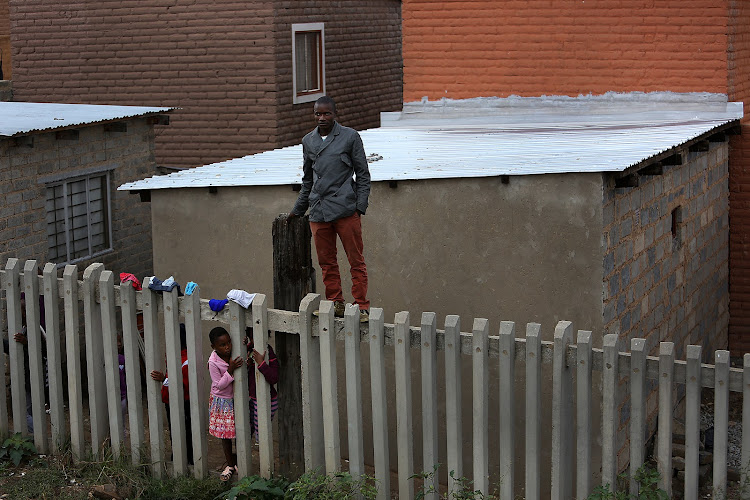 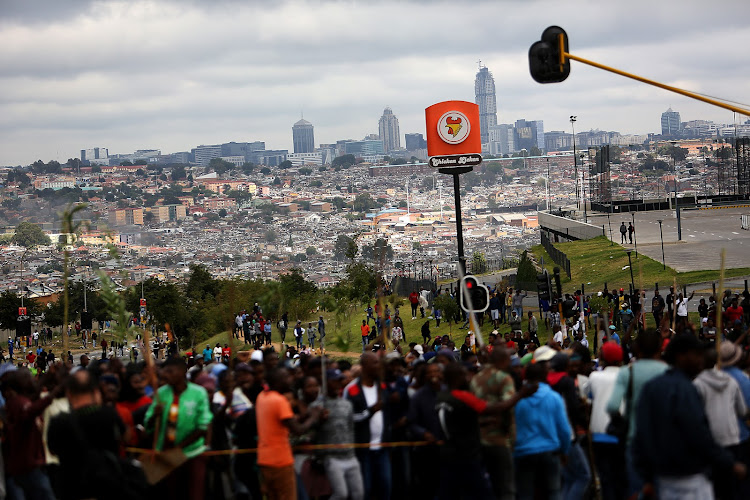 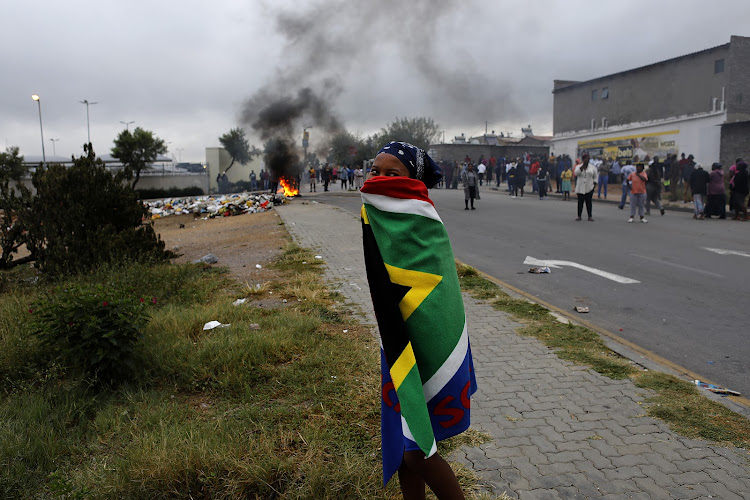 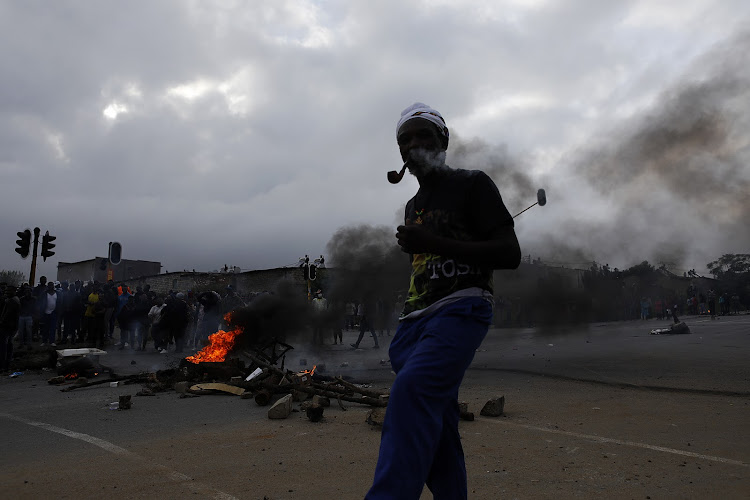 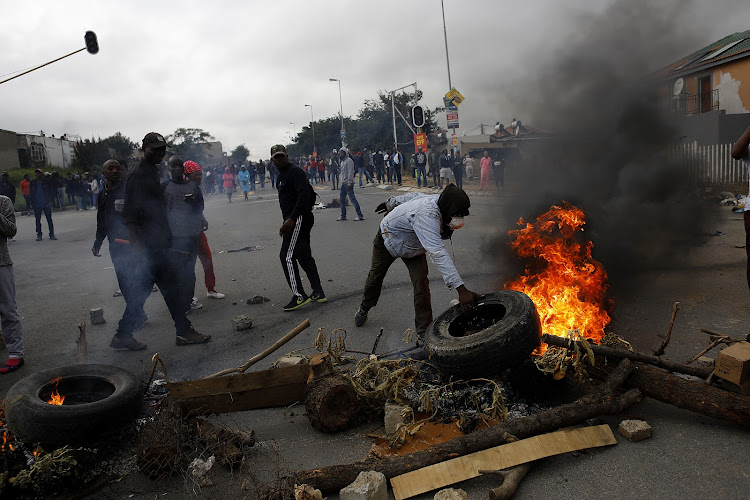 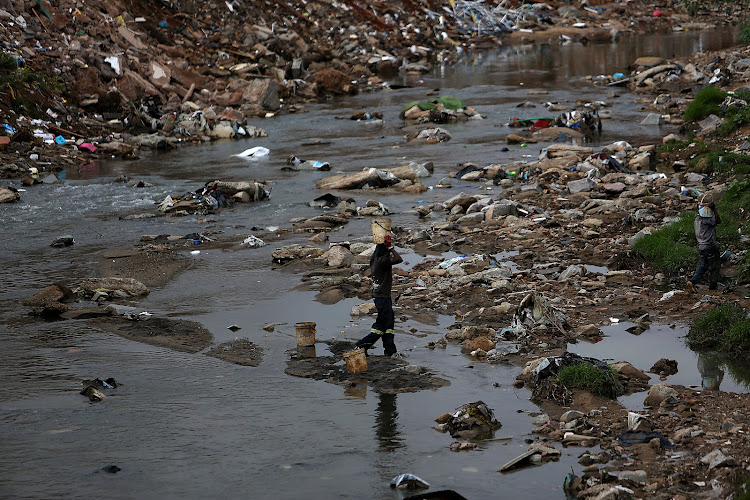 Moody's credit rating as 'a vote of confidence': ANC

The ANC believes that rating agency Moody's retention of South Africa’s investment grade is a vote of confidence in the ruling party. In a statement released on Wednesday, the party said Moody's decision to keep its investment rating for the country above sub-investment grade showed confidence in the government's "efforts to set our economy on a sustained growth trajectory". "The ANC government is implementing a range of measures to set the country on a new path of growth, employment and transformation. The ANC has also taken decisive steps which are aimed at rebuilding investor confidence," said the party. Earlier this week, Moody's said the country's credit rating remains at BAA3 with a stable outlook - but warned of Eskom's risk to the fiscus.

The matter against a former Luthuli House employee who is facing charges in connection with a Dobsonville cash-in-transit heist has been postponed. Errol Velile Present, 33, and his co-accused - Itumeleng Manama, 40, Bheki Biyela, 38, and Zakhele Zondi, 37 - were back in the dock at the Roodepoort Regional Court on Wednesday on charges of armed robbery, possession of a hijacked vehicle and attempted murder. They appeared briefly before their matter was postponed after prosecutor Paseka Temeli said the state was awaiting DNA results from samples lifted from the crime scene and the hijacked vehicle believed to have been used as a getaway car after the heist in July 2018. The case is set to be back in court on May 13. Present and his co-accused were granted R4,000 bail in September.

Seven teenagers implicated in the killing of Polokwane musician Thorisho Themane were on Wednesday granted R2,000 bail each, with the proviso they move away from the city and do not return to their schools. Limpopo police spokesperson Colonel Moatshe Ngoepe confirmed that the teens appeared in the Polokwane Magistrate's Court on Wednesday. The case had been postponed to May 31 to allow for further police investigations. Themane died two months ago after being beaten by an alleged teen gang in Flora Park. The incident went viral after two videos showing a badly beaten Themane lying on the ground were shared on social media. In the background, his attackers could be heard telling him he would die.

Five police officers have been arrested for their alleged involvement in two cases of human trafficking, kidnapping and extortion. Police spokesperson Brigadier Vishnu Naidoo said the first incident was on March 27. Ten Bangladeshis, who were being smuggled through Zimbabwe into SA, were allegedly kidnapped on the N1 by four police officers from the Silverton flying squad in Pretoria, driving in two marked police vehicles. Naidoo said that four days later, on March 31, two of the 10 victims were released after their families had paid a ransom. The crime intelligence unit had worked with investigators to identify the four constables, three of whom were arrested at the Silverton 10111 centre. The fourth had not reported for duty at the time the arrests were made, but would be arrested soon.

A 43-year-old man was expected to appear in the Boksburg Magistrate's Court on Wednesday charged with illegal possession of rhino horns. The Harks’ Captain Ndivhuwo Mulamu said the man was arrested on Monday on the R21 near OR Tambo International Airport by the Ekurhuleni tactical response team and the Benoni flying squad. He was in possession of two horns valued at about R1.8m. The police also seized the vehicle he was driving. In February, the environmental affairs department said rhino poaching cases had decreased from 1,028 in 2017 to 769 in 2018. It was the first time in five years that fewer than 1,000 rhino had been poached, and the third year in a row in which the number of cases had declined.

A taxi boss was gunned down in Shakaskraal, north of Durban, on Wednesday morning. IPSS Rescue's Paul Herbst said: “A taxi boss has been gunned down in a Mercedes-Benz. Unfortunately, on arrival of IPSS paramedics he was declared dead, with multiple gunshot wounds to his body, which appear to be from a high-calibre rifle." Police spokesperson Thulani Zwane said a case of murder had been registered. The victim was between 30 and 40 years old. The motive was not yet known. 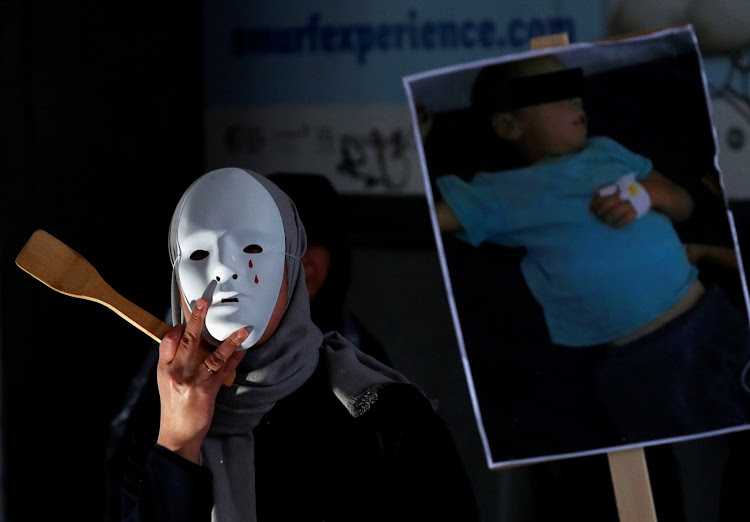 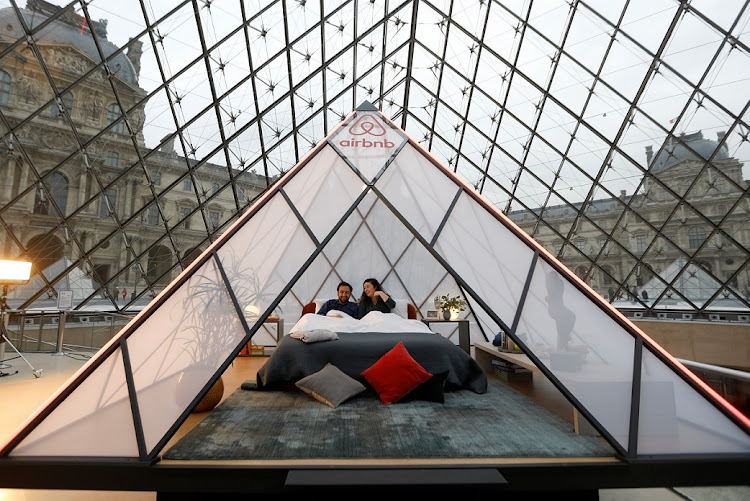 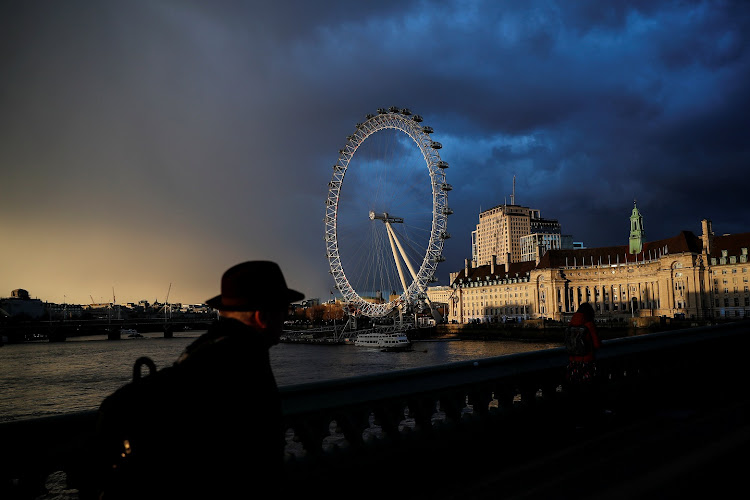 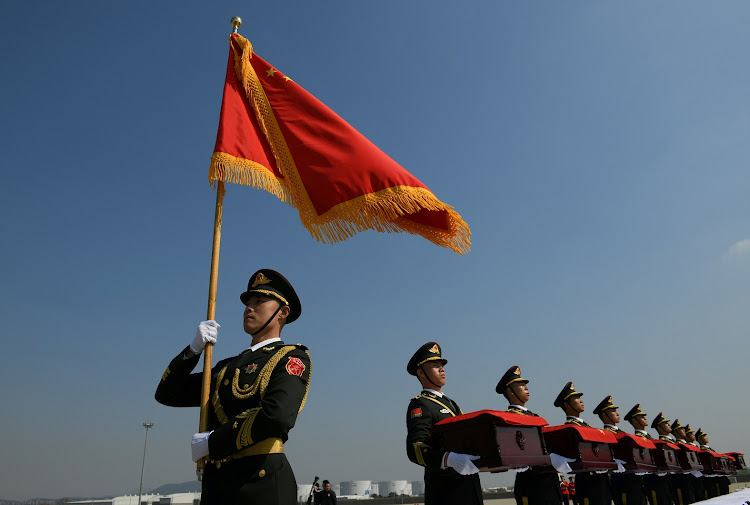 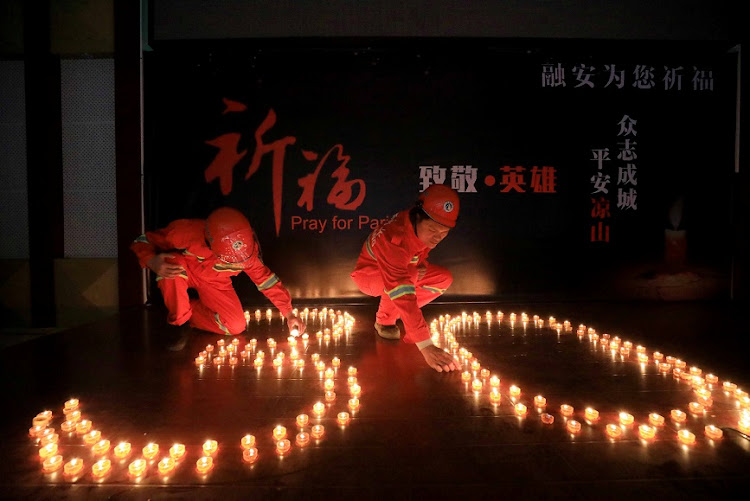 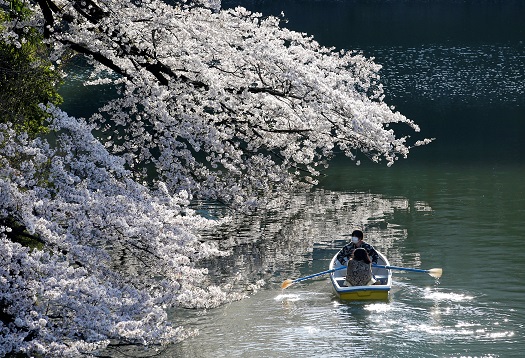 About time! Drug that halts ageing ‘will be ready in two years’

The drugs, or senolytics, prevent or alleviate most age-related illnesses and frailty, scientists say

‘Like a Ferrari, you don’t need it’: Kiwis to turn in their guns

Guns are this New Zealander's life, but he says the law is too lenient and is happy to give up one of his rifles

This sinister marathon ‘that eats its young’ has no winners

It’s hard to finish, but also hard to resist

Next up: the Voortrekker Monument

The artist Christo, 83, is to wrap the Arc de Triomphe in Paris next year. The Bulgarian, famous for wrapping the Reichstag in Berlin along with his late wife Jeanne-Claude, will cover the massive monument with 25,000m of silvery-blue recyclable material. It will then be tied up with a red cord for two weeks next April. The ‘wrapping’ will coincide with a major exhibition at the Pompidou gallery of Christo’s work with Jeanne-Claude, focusing on how they wrapped the oldest bridge in the French capital, the Pont-Neuf, in 1985. The couple, who were born on the same day in 1935, made headlines worldwide when they planted thousands of giant umbrellas on hillsides in Japan and California in 1991. They later installed 7,500 vinyl gates along the frozen pathways of New York’s Central Park in 2005. — AFP

Brunei, a tiny sultanate on tropical Borneo island, has found itself the target of worldwide condemnation after implementing an Islamic penal code that critics have labelled ‘barbaric’. It includes stoning to death for gay sex and adultery, and the severing of limbs for theft. The sultan is one of the world’s richest men and is reported to have a vast collection of luxury vehicles. His official residence — a vast pile that sits on a riverbank — is one of the world’s largest palaces, with about 1,800 rooms. His playboy younger brother Prince Jefri Bolkiah’s lavish lifestyle has been reported to include everything from gold toilet paper holders to harems of Western women and pornographic statues he used to keep at a property he owned in the US. — AFP

Boeing anti-stall software repeatedly forced down the nose of a doomed Ethiopian jet after pilots had turned it off, investigators said as they scrutinised the fatal March 10 crash. The software system, MCAS, may have kicked in as many as four times before the 737 MAX dived into the ground. MCAS is at the centre of accident probes in both the crash of Ethiopian flight 302 and a Lion Air accident in Indonesia five months earlier that together killed 346 people. Investigators were studying the possibility that the software started working again without human intervention — it was initially disabled by pilots following a checklist procedure, but then appeared to start working again repeatedly before the jet plunged to the ground. — Reuters

Sri Lanka struggles to get the hang of it

Sri Lanka on Wednesday began interviewing 47 applicants for two positions as hangmen. President Maithripala Sirisena announced in February that Sri Lanka would end a 43-year moratorium on executions this month in a Philippines-inspired war on drugs. The government advertised the vacancies in February. But the successful candidates may face a delay in carrying out their new role. ‘Since there is no living person in Sri Lanka who has carried out an execution, we need to send the new recruits abroad for training,’ said an official, adding that Colombo was also yet to identify a country to provide training. ‘The rope [used for hangings] has not been used at all since it was imported [in 2015], it will have to be tested and certified.’ — AFP

Whatever floats your boat, old chap

A 72-year-old Frenchman floating across the Atlantic in a custom-made barrel says he is in high spirits as he approaches the end of his journey, after nearly 100 days alone at sea. Jean-Jacques Savin, a former French paratrooper, embarked on his trans-Atlantic test on December 26 from the Canary Islands just west of Africa, aiming to reach the Caribbean just by drifting in ocean currents. Measuring 3m long and 2.10m across, his barrel is made from resin-coated plywood. Inside the capsule, which weighs 450kg when empty, is a six-square-metre living space that includes a kitchen, sleeping bunk and storage. Having travelled some 4,000km, he estimates he has about 1,000km more to go. ‘I think I’ll arrive around April 20, I’m not sure where, maybe the Dominican Republic,’ he said. — AFP

A Polish priest has apologised for burning ‘magic’ Harry Potter books after his actions sparked a wave of protest and comparisons with totalitarian regimes and the Inquisition. Last Sunday, after mass, three priests in a parish at the Baltic port city of Gdansk presided over the burning of items including books they said were ‘linked to the occult and magic’. They had burned them in line with biblical exhortations against practising idolatry, they said. A post detailing the incident on a Facebook page run by the Catholic ‘SMS From Heaven’ evangelical group went viral, drawing heavy criticism online and headlines around the world. On Wednesday Father Rafal Jaroszewicz, one of the three priests involved, posted on the same Facebook page that he was ‘very sorry’. — AFP
GOING IT ALONE Tourists walk on a bridge as a gondolier rows his gondola near St Marks Square in Venice.
Image: Reuters/Guglielmo Mangiapane

Power to the people: No load-shedding for next five months

Review team has a winter plan to the end of August for  no load-shedding, with stage one as the worst case

Whisper it, but EOH bomb might have stopped ticking

Conduit’s portfolio: We don’t want to know what’s inside

Insurer’s return from its equity investments was pretty good, but most likely based on mercurial companies

Fear and clothing: Why do leggings get such a bum rap?

Good sports KG and Cameron have a go at modelling

Cricketer and swimmer clean up quite nicely

The art of going duchess: It’s just a bump to the left

Great shows don’t need fabulous fashion to be the jewels they are, but it rounds them out beautifully

SPORTS DAY: Yay, the return of Cobus Wiese (no, not him)

Not everything in Euroland is a mess ... just take the rugby

Blasts from the past: Khumalo hat trick as sub shocks Chiefs