ANALYSIS: Magashule has an ace up his sleeve, and Cyril knows it

Magashule is firmly in control of the ANC, and is consolidating the fightback campaign against Ramaphosa

‘This is war’: 28 houses torched as villagers clash over boundary

Love blossoms among the moths for doctoral duo

Couple, who have just received their doctorates alongside each other, tell how insects brought them together

We’ll drink to that: the gin craze looks like it’s here to stay

When SA stops chasing away miners and tourists, we can talk of a new dawn

Conversations with a young miner and a tourist force a sobering view of SA’s key sectors, just when SA needs them most

I was 42 before I realised what my ‘hidden disability’ was

chilling in chile Chilean President Sebastian Pinera and the former sprinter Usain Bolt do his trademark move during his visit to the government palace in Santiago.
Image: Rodrigo Garrido/Reuters

The department of correctional services confirmed the release on full parole of apartheid-era hitman Ferdi Barnard on Tuesday. Barnard was sentenced to life imprisonment in 1998 after being convicted on numerous charges including murder, attempted murder, defeating the ends of justice and unlawful possession of firearms. Correctional services spokesperson Singabakho Nxumalo confirmed the parole, saying “conditions” were attached. Barnard was serving time at Pretoria's Kgosi Mampuru II prison. Almost a decade after the crime, Barnard was convicted for the killing of anti-apartheid activist and Wits University academic David Webster. Barnard shot Webster outside his home in Troyeville, Johannesburg, in May 1989, at the behest of the apartheid defence force's security branch, the Civil Co-operation Bureau (CCB). The CCB told Barnard that Webster, a pacifist, was involved in terrorist activities. Justice and correctional services minister Michael Masutha said last month he had satisfied himself that Barnard met all requirements for parole.

"They need more than two gunmen - and need to shoot 40 armed guards first - to get to me." That was the response of alleged extortion syndicate boss Nafiz Modack's response on WhatsApp on Tuesday after reports he had been shot dead in Cape Town. According to a police incident report, the nightclub security boss died after being shot three times while viewing vehicles at a car auction in Bellville at 10.50am. The incident report said a 54-year-old woman was shot in the thigh. It said a white VW Polo stopped near Aucor and three men approached the man, named as Modack. The report said nine bullet casings were found at the scene. However, Western Cape police spokesperson Lieutenant-Colonel Andrè Traut said there was “no record” of the incident.

Nelson Mandela Bay ANC councillor Andile Lungisa's appeal against his conviction and effective two-year jail sentence has been dismissed in the Eastern Cape High Court in Makhanda. Lungisa was convicted of assault with intent to do grievous bodily harm after he smashed a glass water jug over the head of DA councillor Rano Kayser during a heated council meeting in October 2016. The incident was recorded on another councillor's cellphone. Kayser sustained serious injuries. On Tuesday, Judge Judith Roberson dismissed Lungisa's appeal against his conviction and sentence. He is on bail of R10‚000, having been released in May 2018 after serving just 16 days of his sentence. It was not immediately clear whether he will return to custody. He said on social media he intended approaching the Supreme Court of Appeal.

Quick police action resulted in the arrest of four men in Inanda, north of Durban, following a murder at the KwaMashu hostel on Monday. According to police spokesperson Lietenant-Colonel Thulani Zwane, the suspects, aged between 23 and 31, were arrested within an hour of the crime. Sibusiso Zulu, 37, was in his room at the hostel when he was shot and killed by the three suspects, said Zwane. The men fled in Zulu’s car after stealing some of his possessions. Within the hour, local police officers – who had been alerted to the murder - spotted Zulu's Toyota Corolla at a petrol station, and arrested the three men. They were found in possession of an unlicensed pistol with 12 live rounds, eight suspected stolen cellphones, an ID book and credit cards taken from Zulu. They are expected in court soon.

Members of the Newcastle K9 Unit and task team in northern KwaZulu-Natal are on the hunt for three men who hijacked a tobacco truck carrying thousands of cigarettes on Monday. According to police spokesperson Lieutenant-Colonel Thulani Zwane, the vehicle was hijacked between Dundee and Vryheid, near Tayside, at about 10am. He said the two occupants of the cigarette truck tried to flee when they were held up at gunpoint, but were forced into the hijackers’ vehicle, which was driven in convoy with the truck. When they reached Utrecht the suspects offloaded the boxes of tobacco into their car and a Quantum that had joined them. The suspects then fled, leaving the tobacco vehicle and the victims behind, said Zwane.

A man walked into the Elliot post office in the Eastern Cape, shook hands with the armed security guard and introduced himself as a police investigator. This was at about 4.30pm on Monday, and the man’s accomplice stole the security guard’s weapon during the handshake. A second security guard was then held up, and the two were forced into the manager’s office, according to EC police. The guards and cashiers were bound with cable ties, and the robbers ordered that cash be placed in a bag. The two men then fled with an undisclosed amount of money.

A woman in Boksburg drove her vehicle into a Standard Bank branch on Friday after apparently waiting for several hours to be served. The bank said that nobody was hurt and counselling had been offered to those affected by the incident. 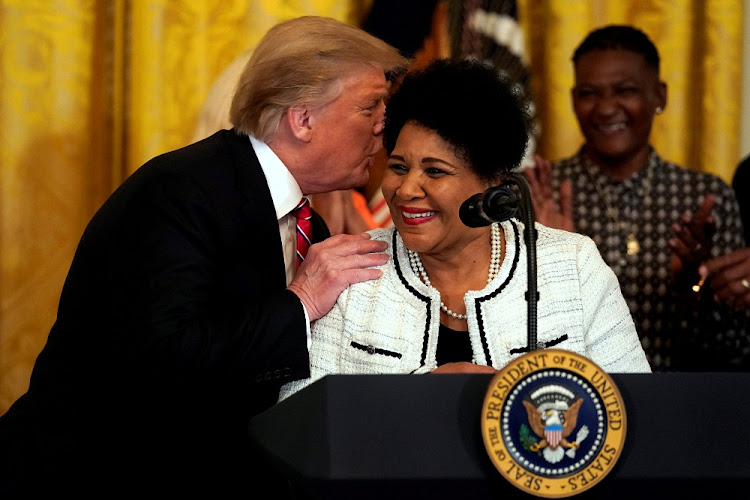 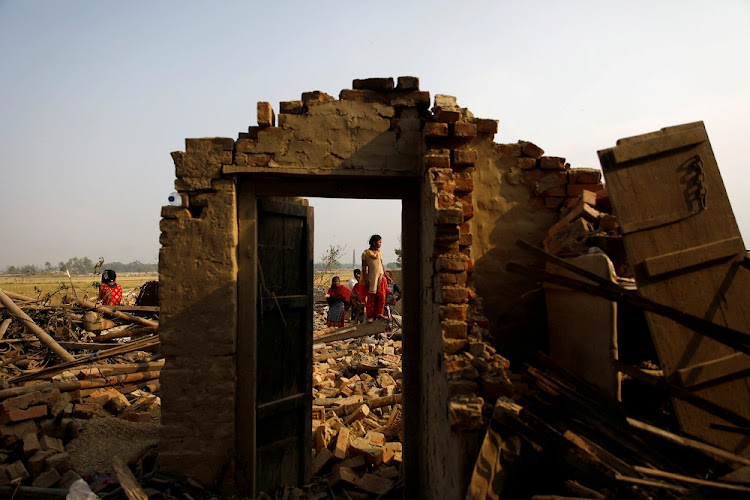 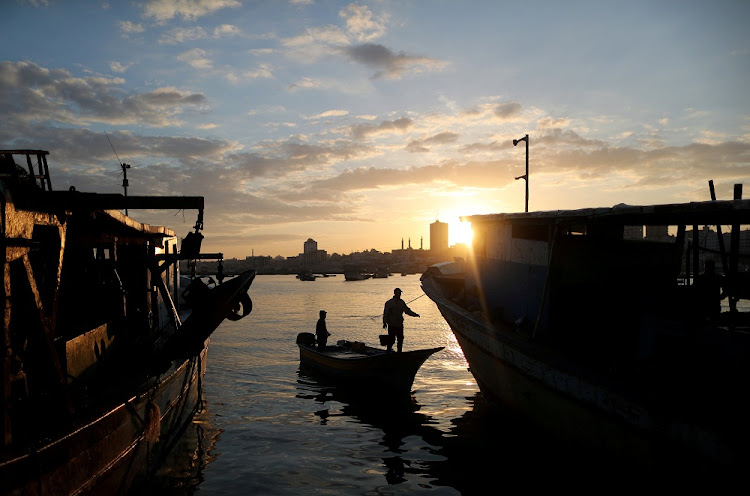 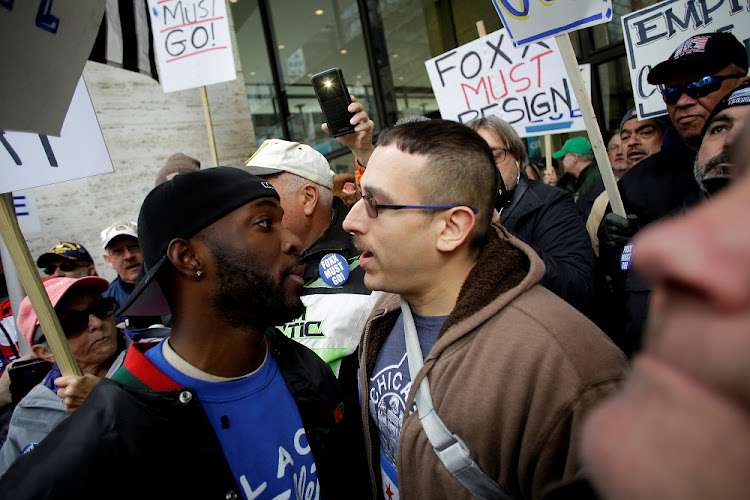 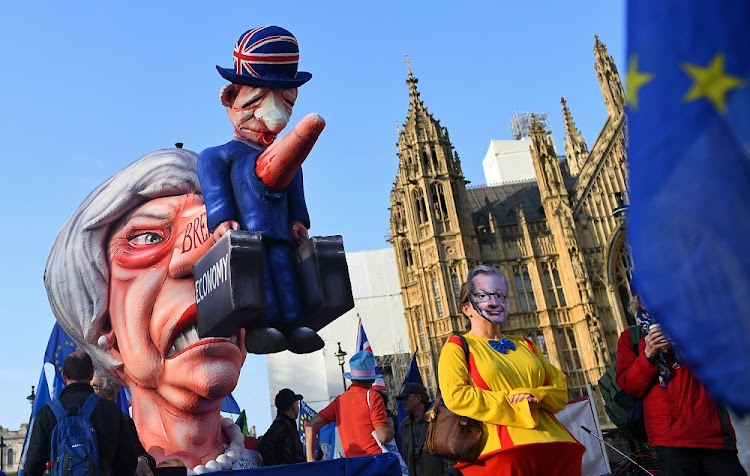 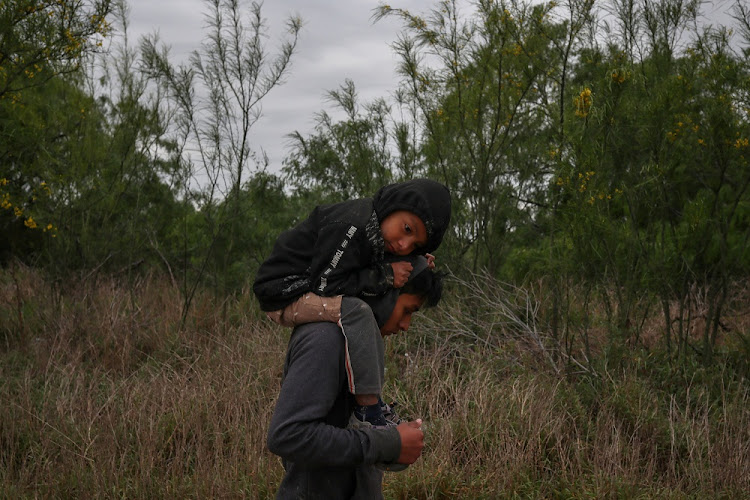 Doctors boost pancreatic cancer survival by ‘using what we already have’

In golf as in life, Trump lies and cheats as he goes

Remember Kim Jong-il's outrageous golfing claims? Well, get a load of the US president's fairway fantasies

WhatsApp in bid to fight fake news during elections

The goal is to classify messages sent to the service by users as true, false, misleading or disputed

Rock stars do get old after all, it seems

Mick Jagger will undergo heart valve replacement surgery after cancelling the Rolling Stones’ latest tour. The 75-year-old is set to have a damaged valve replaced during the operation in a New York City hospital this week. He was forced to postpone the nine-week No Filter tour across the US and Canada after doctors told him he was not in a sufficiently healthy condition to go on stage. – Telegraph Media Group Limited (2019)

Pope Francis, addressing sexual abuse scandals and calls for women priests, said on Tuesday that for its own good the Roman Catholic Church had to acknowledge its history of male authoritarianism and sexual abuse of women. But he also said in a major document that the church ‘could not agree with everything some feminist groups propose’, a clear reference to the Church's ban on a female priesthood. – Reuters

Two elderly UK classic car enthusiasts were killed when they were overcome with fumes while trying to protect a newly-acquired Mercedes Benz. William Reid, 67, was backing his vintage car into a protective plastic covering in his garage when he lost consciousness due to carbon monoxide. His partner, Kathryn Workman, 70, tried to rescue Reid but was also affected by the fumes and backed off to call 999. However, after confusion in the ensuing exchange with the operator, she was advised to go back and help Reid, after which she also succumbed. – Telegraph Media Group Limited (2019)

He wasn’t Weiss about a fake Franz Hals

A Mayfair art dealer has paid out millions of pounds to Sotheby's after the sale of a 17th-century painting which turned out to be fake. Mark Weiss settled out of court with the auction house two weeks ago over a fraudulent painting by the Frans Hals which was sold to US billionaire Richard Heedon for $10.7m in 2011. However in July 2016 Sotheby’s determined that it was a counterfeit and was forced to fully reimburse Heedon. The London auction house is now seeking to recoup the costs, and successfully securing £3.2m from Weiss. – Telegraph Media Group Limited (2019)

Looks like Andrew and Fergie are an item again

The Duke of York and his ex-wife Sarah, Duchess of York, have inspired speculation they are to officially resume their public relationship after she joined him at the end of a working visit to Bahrain. The duchess, who has increasingly shared details of York family life on her Instagram account in recent months, stayed as a guest of the Crown Prince of Bahrain as the Duke's partner. – Telegraph Media Group Limited (2019)

It’s not Grande to be a pop fan in Singapore

Lady Gaga and Ariana Grande are on an ‘offensive lyrics’ list presented to members of parliament in socially-conservative Singapore as part of a statement by the city-state's home minister on hate speech. Monday's statement came nearly a month after Swedish black metal group Watain's concert was banned in Singapore on concerns about its history of ‘denigrating religions and promoting violence’. - Reuters

Hey, EU never know what goodies you can find in Poland

Dutch allow Steinhoff six weeks to come up for some air

VEB, which wants compensation for losses incurred by the retailer’s shareholders, agrees standstill till May 15

An industry with too much capacity fights over a shrinking pie, leading to paper-thin margins

Come on Vaalies, the Cape’s really looking forward to you

Where to eat, drink and be wary in the fairest city

Things that go bump in the flight: When to really worry

Which plane sounds should you panic about? Noises that should and shouldn't freak you out when you fly

No way, Norway ... now it wants us to eat with the fishes

Israeli space mission: Time to leave your capsule if you dare

SPORTS DAY: Brink beefs up Lions back row against Sharks

SA football fans need to be schooled in punctuality, and the PSL needs to schedule big games for Saturdays