Andile Ramaphosa: The sins of the son come to visit?

There’s a  good story to be written on how Cyril made his money. For now, Blue Crane and Bosasa isn’t it

This is the carrot medical aids should be dangling

They could save billions in healthcare costs by rewarding people for eating healthier, a study has found

Levels of metals such as mercury in great whites indicate the health of the ecosystem, with implications for humans

Thousands of low-cost homes had to be demolished and rebuilt, and hundreds of companies have been blacklisted

So, seriously, why will over 50% of us vote for the ANC despite all?

Thanks to Moody’s, Cyril gets a lucky breather to fix Eskom

He needs time to set the country right again, as he has promised he will do. Rating agency is prepared to wait

Justice Yvonne Mokgoro has submitted her report on whether senior National Prosecuting Authority (NPA) officials Nomgcobo Jiba and Lawrence Mrwebi are fit to hold office. It is not yet known what Mokgoro and her fellow panellists have recommended to President Cyril Ramaphosa. Early this year, the inquiry heard six weeks of evidence dealing with, among other things, prosecutorial decisions taken on politically sensitive cases, such as the decisions to withdraw charges against former crime intelligence boss Richard Mdluli and to institute racketeering charges against former KZN Hawks head Johan Booysen. Ramaphosa suspended Jiba and Mrwebi on full pay in October 2018, pending the finalisation of the inquiry. Inquiry spokesperson Bongiwe Gambu confirmed that the report had been submitted to the president. Ramaphosa's spokesperson, Khusela Diko, said the president was studying it.

Half of the workers at revenue service Sars had ended their strike by Monday afternoon. This after the Public Servants' Association (PSA) reached a wage agreement with the employer. However, the National Education, Health and Allied Workers' Union (Nehawu) was still consulting its members about the offer presented by Sars. The tax authority's executive for remuneration and benefits, Takalani Musekwa, confirmed that the PSA had signed an agreement. According to the agreement the PSA signed with Sars, employees will receive a salary increase of 8% from April 1 this year. Both unions have more than 4,000 members each at Sars. "We trust that Nehawu will come back and accept the offer that has been put on the table," Musekwa said.

Newcastle mayor Ntuthuko Mahlaba has been granted bail of R20,000 following a brief bail application in the Madedeni Magistrate's Court on Monday. He was arrested more than a week ago in connection with the 2017 murder of former ANC Youth League official Wandile Ngobeni. Mahlaba, a medical doctor who was sworn in as mayor in February, was remanded in custody after his first appearance last week Monday. He remained in prison until his bail bid. His supporters gathered outside court called for his immediate release, brandishing placards saying "Mahlaba fights corruption".

Home affairs branches were experiencing problems on Monday after a live-capture system upgrade at the weekend, the department said. Technical teams were working on the problem. "Some offices are still unable to process Smart ID card and passport applications due to technical errors today," it said. "All other services are available at front offices across the country, like processing and issuing of certificates for births, marriages and deaths." The department apologised for the inconvenience, saying the upgrade was necessary.

The SA National Defence Force suspended 35 soldiers last week after they went absent without leave in Cuba for more than a month while they were on a course there. “These members were sent to Cuba in 2018 to study medicine and have been on AWOL since February 2019,” SANDF spokesperson Brigadier General Mafi Mgobozi said. “The Military Command Council wants to state it emphatically that the SANDF will not tolerate any ill-discipline within the SANDF and drastic action will be taken against any member of the SANDF who brings the defence force into disrepute.” Defence minister Nosiviwe Mapisa-Nqakula said during her 2018 defence budget vote speech that there were 202 students training to become doctors in Cuba.

Striking King Sabata Dalindyebo municipal workers trashed several streets in Mthatha in the Eastern Cape on Monday morning. The affected area includes the busy York Road, Sutherland Street and Madeira Street. The strikers want mayor Dumani Zozo to be suspended until the completion of a forensic report instituted by the national treasury into claims of maladministration, fraud and corruption at the troubled municipality. They also want their allowances reinstated and more than 200 Expanded Public Works Programme and casual employees to be made permanent municipal employees. Municipal spokesperson Sonwabo Mampoza confirmed that work had come to a standstill in the area owing to the strike.

Former president Jacob Zuma was seen living his best life during the weekend. He posted a picture of himself and one of his daughters relaxing in his 'Nkandla firepool' and captioned it with Muhammad Ali's famous line about the secret to winning: 'Float like a butterfly, sting like a bee.' 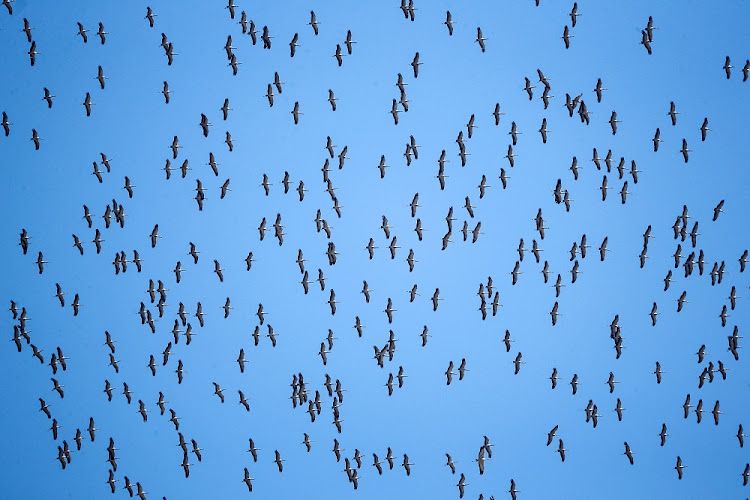 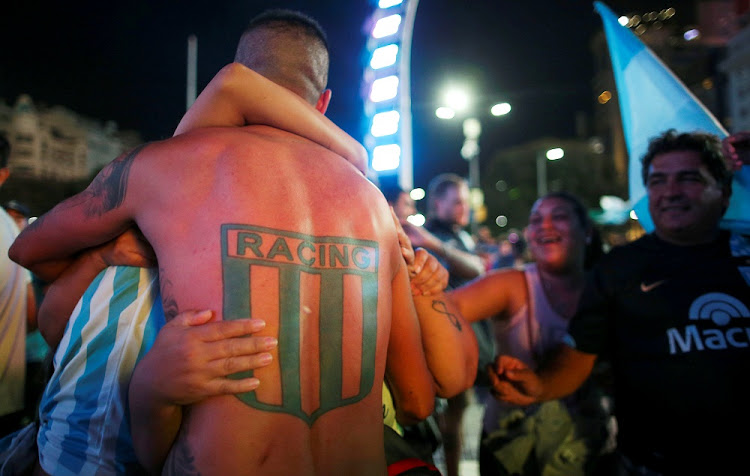 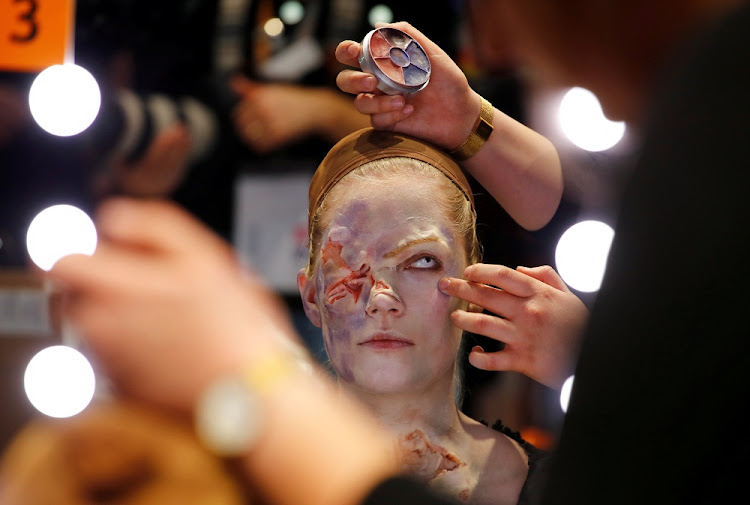 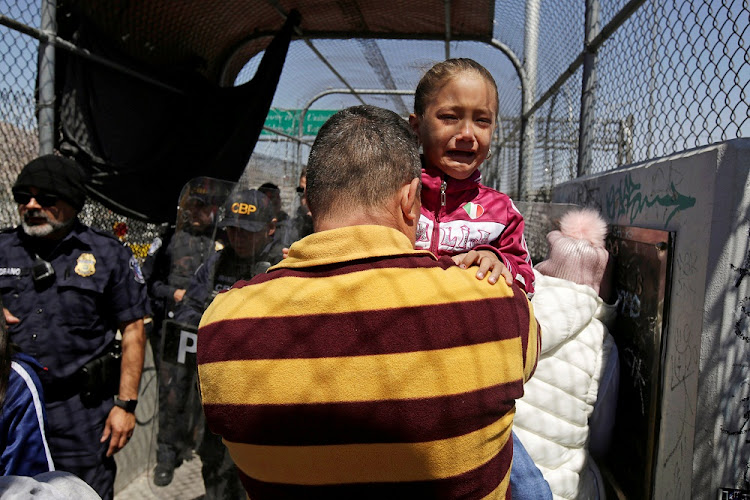 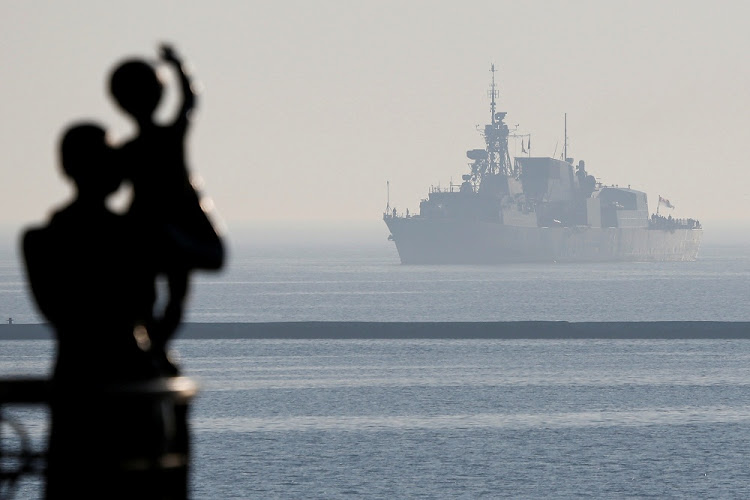 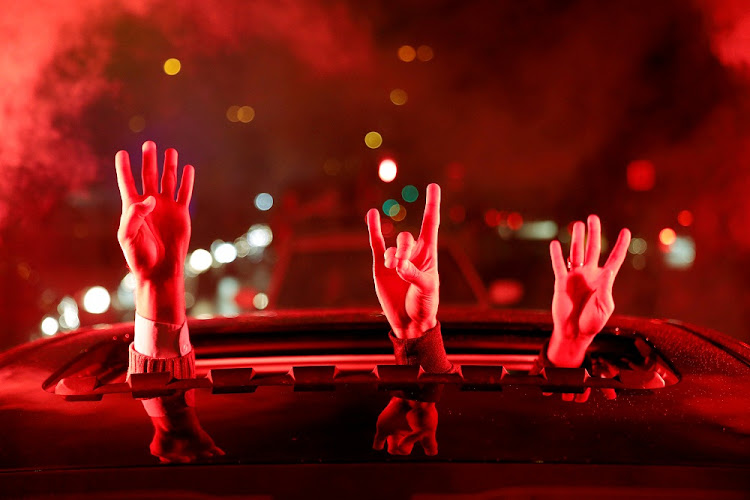 It's meant to reflect the beauty of Japanese culture and  dreams coming true, but not everyone's convinced

A US college student was murdered after getting into a stranger's car that she thought was her Uber ride, police say. Officers in South Carolina said they have arrested a suspect for the murder and kidnapping of Samantha Josephson, 21. She was last seen by roommates early on Friday in the city of Columbia, but they became separated from her. Worried, they later called police, Chief William Holbrook said. Officers initially began a missing person's investigation, distributing photos of her talking on a phone on the street, and of a car she was seen getting into. The driver had "approached the victim... while she awaited transportation, Holbrook said. "She had summoned an Uber ride and was waiting for that Uber ride to come. We believe she mistakenly got into this particular car" instead of the Uber. Hunter's found her body in a "very rural" area outside the city that same day. – AFP

Catholic priests in the northern Polish city of Koszalin burned books they say are sacrilegious this weekend, including tomes from British author JK Rowling's Harry Potter series of fantasy novels. "We obey the Word," priests said in a Facebook post showing photographs of the public book burning and quoting Biblical passages from the book of Deuteronomy in the Old Testament. One passage exhorting believers to destroy the enemies of God includes the passage "burn their idols in the fire". The post shows three priests carrying a basket of books and other items including an African-styled face mask through a church to an outside fire pit. – AFP

Fifty years after John Lennon and Yoko Ono famously staged a honeymoon “bed-in” for peace in an Amsterdam hotel, a Dutchman has unearthed 30 minutes of colour footage of the event from his cellar. The couple spent a week mostly under the sheets at the Hilton hotel to spread a pacifist message. The European leg of their honeymoon, which included an unusual press conference in Vienna with the glamour pair obscured inside a giant “bag“, was a huge media event, each step captured by photographers and videographers. This included a Dutch team shooting footage for a two-part, 84-minute documentary. It was broadcast only once, shortly after the honeymoon, and shown at the Edinburgh Film Festival the same year before disappearing into the archives of broadcaster KRO, where Jan Hovers was employed in the 1980s. During a major clean-up of used film reels he stumbled upon a tin marked: “Mr & Mrs Lennon’s Honeymoon” earmarked for the rubbish heap. – AFP

Comic may have last laugh in polls

A comedian whose political experience is limited to playing the president on TV is likely to top the first round of voting as Ukrainians go to the polls Sunday. Actor Volodymyr Zelensky’s bid started as a long shot but he has leapfrogged establishment politicians amid public frustration over corruption and stagnating living standards. The 41-year-old star of the political comedy Servant of the People, is polling above 25%, well ahead of his nearest rivals. If Zelensky wins the presidency he will lead a country of 45 million people that in recent years has known war, loss of territory and uprisings, and remains one of the poorest nations in Europe. – AFP

The US Supreme Court on Monday denied a Missouri murderer a chance to avoid execution by lethal injection after his lawyers argued that the procedure might inflict undue agony because of a rare medical condition in an unusual case concerning which method should be used to impose the death penalty. The justices ruled 5-4 that Russell Bucklew, 50, had failed to present enough evidence for them to let him ask a lower court to allow him to be executed by lethal gas because lethal injection might rupture blood-filled tumours on his body that result from a congenital condition called cavernous hemangioma. - Reuters

When the red mist descends, how about we just chill out?

We’ll only solve our challenges as partners. If we fight now, there’ll be nothing left to fight for once we’re done

Other investors could now be tempted to buy into one of the few remaining, and well-run, industrial stocks

Problem is that it’s not clear how many shares Shayne and, by extension, Coast2Coast will still have to offload

SA’s most popular books in March

In ‘How Was It For You?’, Virginia Nicholson wonders what it was really like being a woman in the 1960s

SPORTS DAY: Brawling hookers make up, but too late

Stink of Brexit taints the hallowed turf of Wembley

Blasts from the past: Botile is boss of the bantamweights