Brace yourselves, emboldened Trump is on course for a second term

After being ‘exonerated’ by Mueller report, he is on course for a further six years in office, and dead set on revenge

Afrikaner vs Afrikaner amid fallout from Steve Hofmeyr boycott

During a tour to Morocco, Francis says people of the faith must get rid of 'all forms of discrimination and xenophobia'

Take care of your rights when removers don’t take care

While the centre and Gauteng government squabble, fearful patients say they have nowhere to go

Irene Buthelezi, who as a young woman caught the eye of Nelson Mandela, was always loyal to her Zulu prince

The cult of break-ups: ‘How Scientology tore my family apart’

Freak of good nature: she’s immune to pain and just can’t be unhappy

She can't feel pain, but even better, she is cheerful all the time thanks to an abundance of a mood-altering enzyme

Petrol to soar by more than R1 per litre

Petrol will rise by R1.34/l for 93 octane and R1.31/l for 95 octane in inland provinces. Energy minister Jeff Radebe announced the increase which will kick on from Wednesday. This means consumers will pay over R15/l. "April is an important month in the fuel price calendar to revise road and pipeline tariffs as well as fuel and Road Accident Fund levies, to be implemented into the price structures of petrol, diesel and illuminating paraffin (IP)," Radebe said. Radebe said the fuel price was going up because of: The rand depreciating against the US dollar from R13.80/$ to R14.36/$; The Brent Crude oil price increasing from $64.04 to $66.01 a barrel; The fuel and Road Accident Fund levies rising; and An increase in transport costs, including an average annual increase of 10.96% in road transport tariffs and 10.95% in pipeline transport costs announced by the National Energy Regulator of SA on March 16.

The owner of a KwaZulu-Natal south coast beauty parlour was allegedly insulted and called the k-word by a 25-year-old impatient to confirm her manicure appointment. On Thursday, Nicole Govender of Park Rynie appeared in the Scottburgh Magistrate's Court on a charge of crimen injuria for allegedly referring to Constance Mthandi by the derogatory word. Mthandi has also asked the Equality Court to order Govender to issue a public apology via a local newspaper and pay her R50,000 in damages. According to Mthandi, a slew of messages from Govender's number included: "Whenever we try and contact u there seems to be a problem because u don't respond but u read the messages. Do you only respond to white clients and black clients", and: "Do you think ur perfect ten? to have such an attitude. U will fall [k-word]." Govender is out on a warning, and the Equality Court matter is expected to proceed next month.

The DA and a top official who took a senior MP to the Equality Court over "racist, sexist and discriminatory" remarks have parted ways by "mutual agreement". This is according to sources in the DA who said this week that the party's director of parliamentary operations, Louw Nel, had decided to step down after an amicable settlement agreement with his bosses. This came in the same week the Equality Court in Cape Town started hearing a case of discrimination filed by Nel against DA MP Dianne Kohler Barnard over racist remarks allegedly made at a 2018 planning workshop. The case was postponed to May 3 by chief magistrate Daniel Thulare. Nel, who is understood to have signed a nondisclosure agreement with the DA, declined to explain why he was leaving a position he has held since 2017. DA spokesperson Solly Malatsi confirmed the "mutual separation" with Nel but declined to provide further details, saying the agreement was confidential.

The department of basic education has released a protocol on how schools and officials must deal with pupils who commit rape, sexual abuse and harassment. It says sexual assault and rape must be reported to police and will result in a seven-day suspension. The pupil will be referred for a rehabilitative programme and the school's governing body may recommend the pupil be expelled. If approval for expulsion is not granted, the pupil will attend counselling or a life skills programme before being allowed to return to class. The department may also place the pupil in another school. However, in 2016 the Constitutional Court ruled it unlawful for a pupil's new school to access their disciplinary record from the previous school before admitting them. The court ruled that a pupil's disciplinary record could be seen only once that pupil had been admitted.

Allegations of infertility have resulted in 16 brutal killings and caused dozens of villagers in Bizana in the rural Eastern Cape to flee their homes. The killings began after Peliwe Mantywaki was sent back to her family when she failed to fall pregnant after several years of marriage. When a group of men was dispatched to retrieve the four cows paid as lobolo before the wedding, five of them were murdered. That was a year ago. Since then 11 others have died.

Minister of international relations and co-operation Lindiwe Sisulu has called an urgent meeting of African ambassadors to discuss the current spate of violence against foreign nationals and their properties in the Durban area. This follows reports this week of foreigners being targeted in sporadic outbreaks of violence in the Sydenham and Overport areas of the city. In at least two cases, they were forced to seek refuge at local police stations. On Saturday, Sisulu expressed serious concern about the situation and called on law-enforcement officers to deal with criminals and those damaging properties with the full might of the law. She added that the African continent had contributed and sacrificed a lot for South Africans to be free and be liberated from the apartheid government. 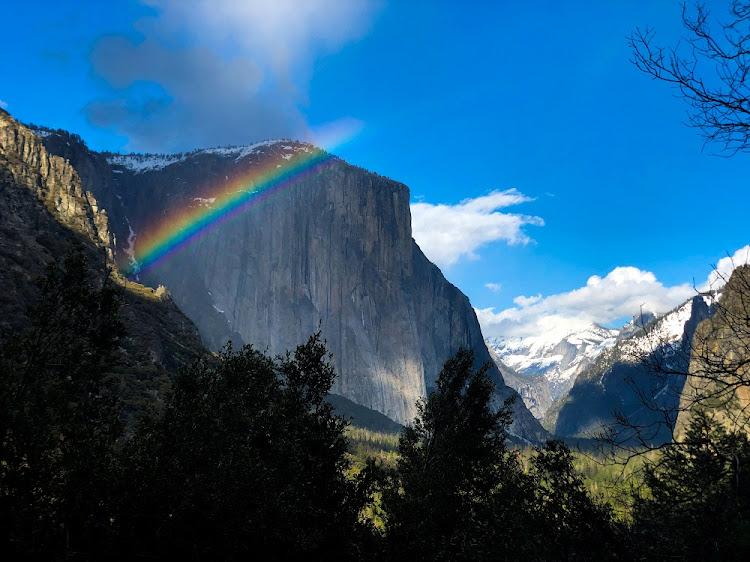 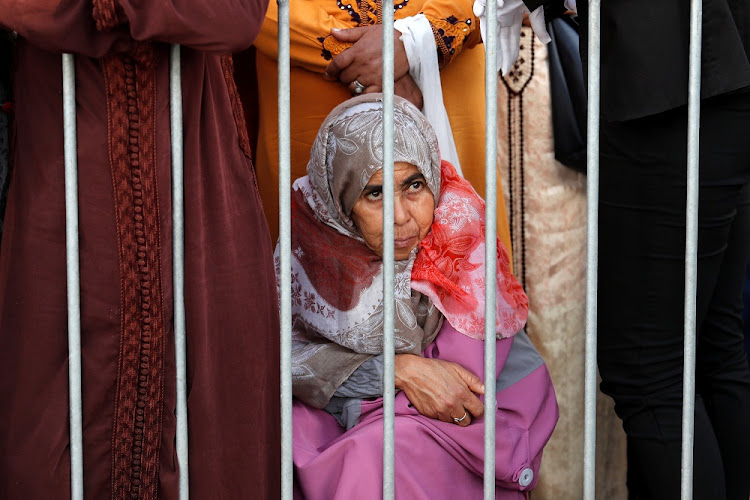 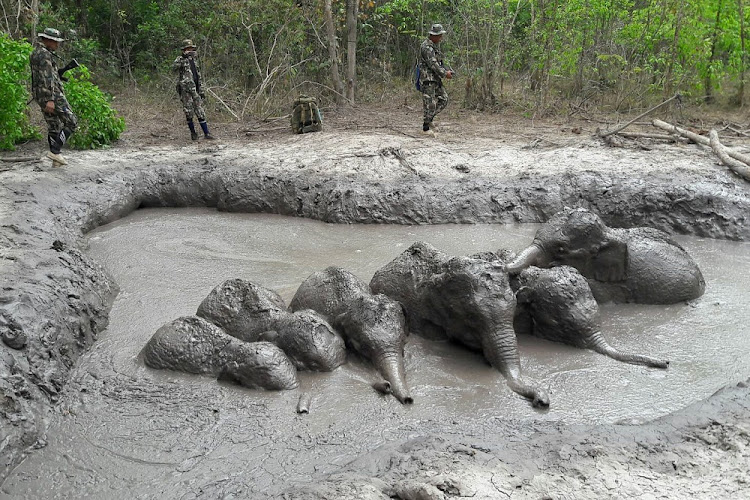 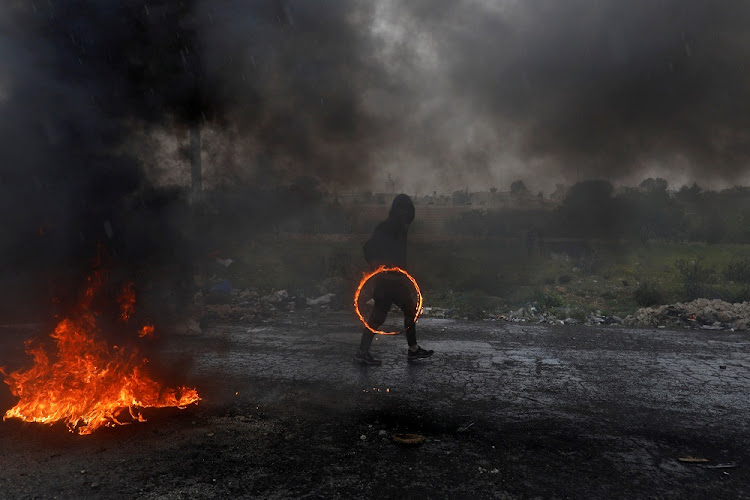 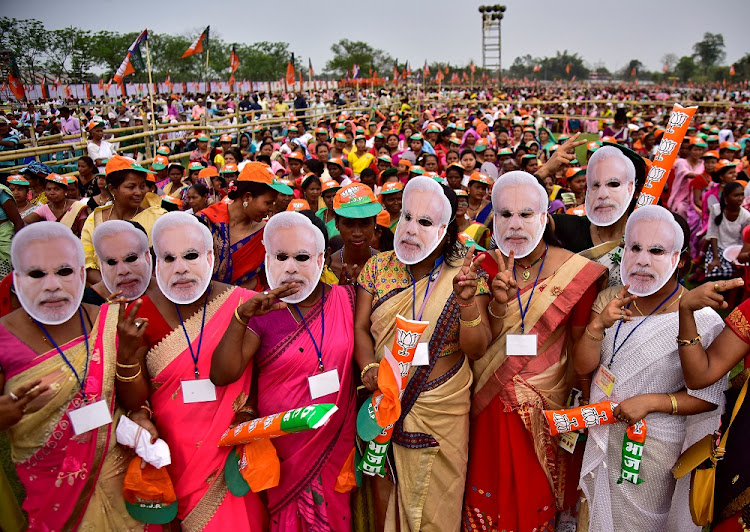 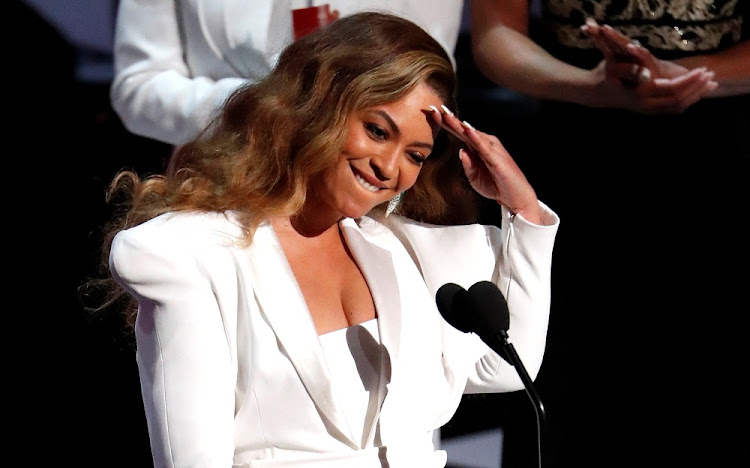 Did this Ivory Coast village really have a brush with Picasso?

Some say he visited, shared tips and borrowed ideas, then kept the whole thing secret. Others say it was an imposter

Actress talks about career insecurities, the only thing she watches on telly, and her thoughts on the next James Bond

And we thought SA had a lot of candidates ... A Ukrainian serviceman about to vote in presidential elections.
Image: Gleb Garanich/Reuters

Elton John has joined ‘friend’ George Clooney in calling for a boycott of nine Brunei-owned hotels over the sultanate's new death-penalty laws for gay sex and adultery. The veteran gay rights campaigner said his ‘heart went out’ to staff at the hotels, but that ‘we must send a message, however we can, that such treatment is unacceptable’. – AFP

US President Donald Trump's move to lift bans on drilling for oil and gas in offshore Arctic and Atlantic areas is illegal, a US judge has ruled. Trump's effort to open more areas to drilling ‘is unlawful, as it exceeds the president's authority’, Judge Sharon Gleason ruled. As a result, bans on drilling in these areas ‘will remain in full force and effect unless and until revoked by Congress’. – AFP

‘Sherlock’ actor Martin Freeman says filming the final season with his ex-partner Amanda Abbington ‘wasn’t that much fun’. The couple split in December 2016. They starred togother in the BBC’s series, playing on-screen spouses. ‘By the time of the last Sherlock that we’ve done we were sort of in the midst of splitting up, so that wasn’t that much fun, but when we weren’t in that midst it was great,’ Freeman said in a radio interview. – Telegraph Media Group Limited (2019)

Is Ukraine poll a bit of a joke?

A comedian whose political experience is limited to playing the president on TV vowed to tackle Ukraine's corruption, as he voted on Sunday in the first stage of a presidential election he is tipped to win. Actor Volodymyr Zelensky's bid began as a long shot but he has leapfrogged establishment politicians amid public anger over graft and stagnating living standards. – AFP

Ernest Hemingway to the rescue

Ernest Hemingway's legacy helps to bring Americans and Cubans together, an American congressman said as he opened an archive at the legendary writer's onetime home in Havana, despite tensions between the two nations. ‘Hemingway is once again serving to unite Americans and Cubans,’ Congressman Jim McGovern said at the ceremony on Saturday at the facility, already a museum chronicling the some 20 years the author spent in Cuba. – AFP

The Duchess of Sussex has broken a four-decade tradition by shunning the London hospital where many royal babies, including her husband Prince Harry, have been born. Meghan and Harry, are expecting their first child this late this month. But she has opted not to give birth at the Lindo Wing of St Mary's Hospital, favoured by British royalty since 1977, a UK newspaper said. – Reuters

Firms must encourage whistle-blowers - they can’t afford not to

Bank cutback on lending could sideswipe the needy

Shift to lower-risk borrowers comes amid a weak credit market, while even non-bank lenders are cautious

Gap between diesel and petrol prices will probably widen

Diesel storage in the US hit 10-year lows in November while petrol storage, as at December, was near 10-year highs

No ifs, ands or butt plugs: Sex toys and tomfoolery are hot

The things people will do to improve their sex lives

Apple: Fresh fruit for rotting vegetables, or is it genuine?

Wait – what? From the Apple TV+ to the Apple credit card, we run the rule over some wishful new ventures

Tickling up your fancy: Why add home entertainment?

Sure it’s cool, but is swishy hi-tech worth its pound in pixels when it comes to your overall property value?

Where in the world would you rather be? Try these for a start

London, Paris ... or Overstrand ... just some of the top spots in the Top 10 Travelers' Choice destinations

The Sunwolves’ Super Rugby experiment was doomed never to blossom

Poor results, a shaky brand and lack of support for the concept at home were among the factors against them

Blast from the past: Zandberg coins world champs gold