Thanks IMF and UCT, but your reports are hardly an education

Pasop, things are far too quiet on the Eskom front

There are solutions, and a big one would be to bring back Brian Dames, hounded out by Malusi Gigaba

Coal mine ruling a ‘profound’ threat to environmental protection

Duduzane: ‘It was the road, not me’

He couldn't foresee a puddle on a national highway, argues his lawyer in bid to have case scrapped

Malema off the hook, but others get a hate speech hammering

I feel violated: Waitress ‘strip-searched by colleague’ over missing money

This is how humans reduced 1,000 Knysna elephants to just one

A new study, the first of its kind, looks into the decline of the forest elephants, and comes up with three hypotheses

Clinic does a cracking job - at R70 an appointment

Five things about SA you need to know

The Mpumalanga woman who accused Deputy President David Mabuza of plotting to kill conservationist Fred Daniel is facing other charges that include armed robbery with aggravating circumstances. The woman, who was allegedly also found in possession of house robbery equipment when she was arrested by the Hawks this month, appeared in the Nelspruit Regional Court on Tuesday. The prosecutor told the court he intended to oppose bail based on the information that the accused, Nomfundo Sambo, 32, was facing another pending case. Sambo caused a storm in 2018 after claiming to have seen Mabuza’s diary bearing a plan to murder Daniel. This was a “fabrication”, the Hawks said. Sambo was not asked to plead on charges of fraud, forgery and defeating the ends of justice when she appeared in the Nelspruit Magistrate’s Court. She is expected to formally apply for bail on April 3.

Motorists who have racked up bills by failing to pay e-tolls in Gauteng are off the hook - for past debt. The board of directors of the South African National Roads Agency (Sanral) resolved on Tuesday to halt debt collections, the agency said on Wednesday. This follows years of resistance to the multibillion-rand e-tolls project by civil organisations and motorists. In November 2017 motorists in the province owed R9.2bn, BusinessLIVE reported. Gauteng premier David Makhura conceded last February that the highly contested e-tolls system was a failure, and that a new model was needed to fund road development. The e-toll system remains in force, and the Sanral statement on Wednesday did not make any reference to its viability. The board had resolved that "Sanral will, with immediate effect, suspend the process of pursuing e-toll debt".

The stalled liquidation of the Bosasa companies has delayed the corruption case against the group’s former COO Angelo Agrizzi, former employees and prison bosses. On Wednesday, the NPA postponed the case against Agrizzi, former Bosasa CFO Andries van Tonder and former correctional services bosses Linda Mti and Patrick Gillingham to July 5. Prosecutor Peter Serunye said the state wanted to join three Bosasa companies as accused in the case, but this had been put on hold due to the group’s liquidation. The Bosasa group (now African Global Operations) applied for voluntary liquidation earlier in March, which they later reversed in the high court. The liquidators were granted leave to appeal that decision, and the NPA said this needed to be finalised for it to decide if and how the Bosasa companies could be charged. Agrizzi and his co-accused are charged with tender rigging and corruption linked to a 2009 Special Investigating Unit report into the correctional services department.

Johannesburg mayor Herman Mashaba is going after the city’s bad drivers. On Wednesday he launched a hotline to name and shame those who made driving on the city’s roads a nightmare. “The Reckless Driving Hotline allows residents to report reckless and inconsiderate road behaviour. They will be able to upload the footage on the WhatsApp-based hotline whereafter the Johannesburg metro police department will follow up and take the necessary action,” Mashaba said. This was a move to “improve driver behaviour and to ensure that road safety is enhanced for all”. The city is partnering with the metro police and community safety department in rolling out the programme. Mashaba said while they were eager to capture wrongdoers on camera, they still wanted to ensure those capturing the footage did not endanger themselves in the process. The 24-hour hotline number is 081 470 6338.

Young and educated Africans are the most likely population group to consider emigration, says Afrobarometer. This is despite significant economic growth in many African countries over the past two decades. "A substantial number of Africans still see leaving their country to seek out a better future as their best option," the survey states. In the third of its Pan-Africa Profiles based on recent public-opinion surveys in 34 African countries, Afrobarometer said that more than one-third of Africans have considered emigrating, including about half of young adults and highly educated citizens. The most popular destination among potential emigrants is another African country, and potential emigrants are overwhelmingly motivated by a hunger for jobs and economic opportunity. Europe (27%) and North America (22%) are the most popular destinations outside Africa.

Five people have been arrested in a botched robbery of a BP petrol station on Corlett Drive in Melrose, Johannesburg, on Wednesday. Police say the vehicle used by the suspects was recently hijacked. No injuries were reported. 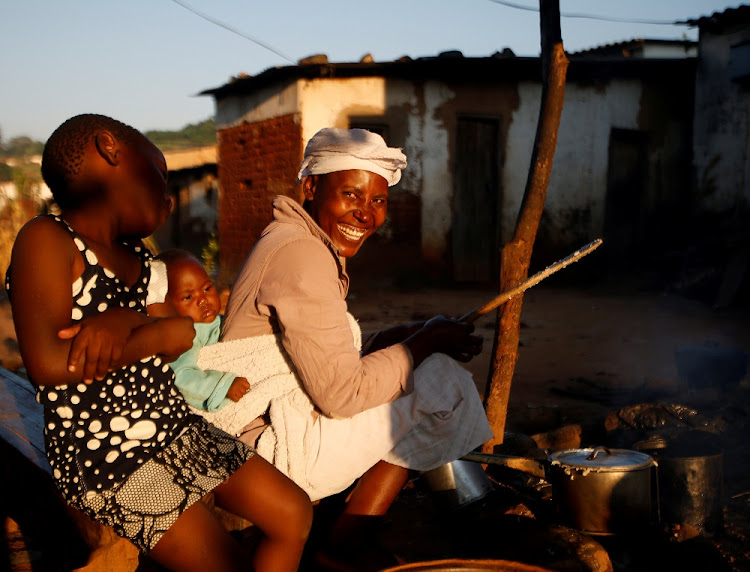 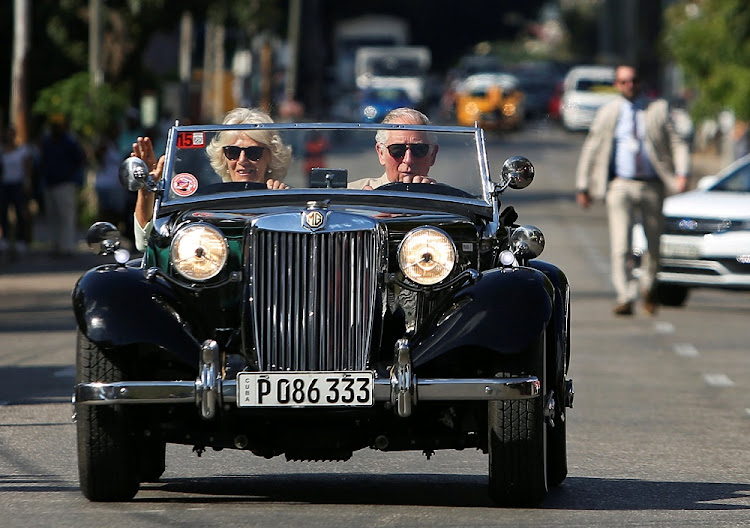 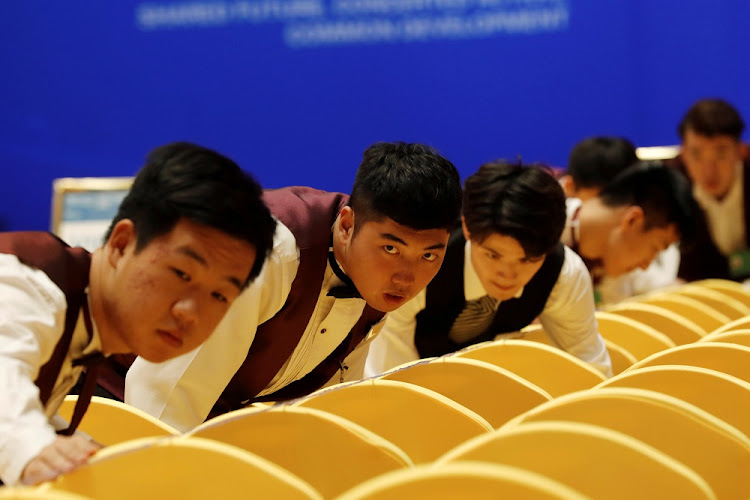 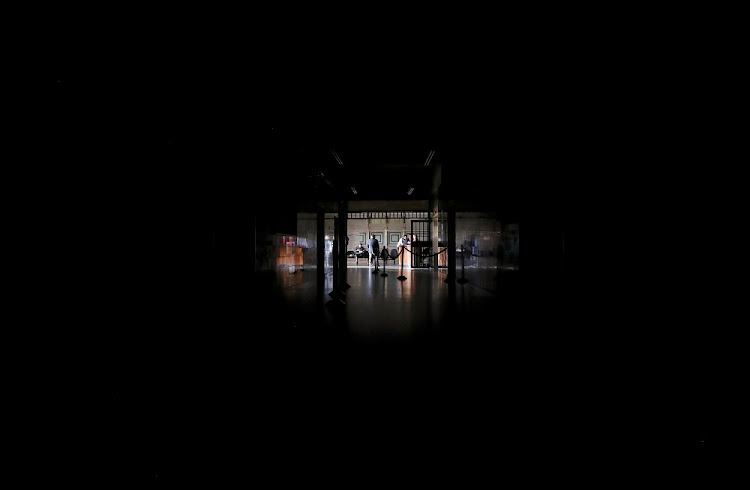 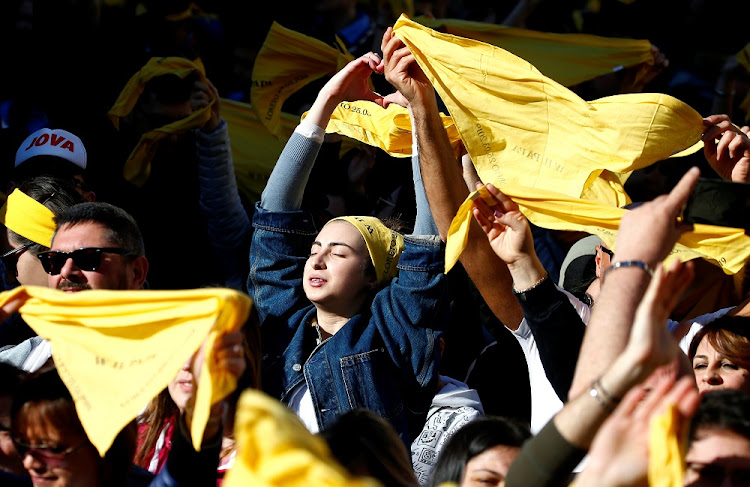 The left’s been Trumped again: here’s how they messed up

The Democrats made three huge mistakes, and now they can't rely on conspiracy theories to explain his appeal

Did he have a hand in the attack by two men shouting anti-gay, racist slurs? Here's a summary of events as they unfolded

Posh pubs and pony clubs: Who’s who in the royal ‘Turnip Toff’ set

After rumours of a rift between the dynasties, we look at the main players in the Cambridges' circle

They're a bit too close for her comfort French President Emmanuel Macron and his wife Brigitte pose with Chinese President Xi Jinping and his wife Peng Liyuan at the Elysee Palace in Paris, France.
Image: Philippe Wojaze

What! A public servant bust for graft?

China will prosecute former Interpol chief Meng Hongwei for graft after he spent ‘lavish’ amounts of state funds, abused his power and refused to follow Communist Party decisions, its anti-corruption watchdog said on Wednesday. The Communist Party’s Central Commission for Discipline Inspection said Meng Hongwei was suspected of taking bribes and should be severely dealt with. The anti-graft body said Meng Hongwei had ‘wantonly and lavishly spent state funds to satisfy his family’s luxurious lifestyle’. Meng also used his position to help his wife get a job and illegally took a ‘huge amount of possessions’ from other people in exchange for help with promotions and job moves and ‘company operations’. — AFP

‘Don’t be bewitched by Dalai Lama’

Tibetan officials on Wednesday defended China’s policies in the southwestern region and called on the international community not to be ‘bewitched’ by the exiled Dalai Lama or his ‘rumours’ about the human rights situation there. This year marks the 60th anniversary of a failed Tibetan uprising against Chinese rule that forced the region’s spiritual leader into permanent exile in India. It resulted in a bloody crackdown that the government-in-exile says killed tens of thousands. Beijing continues to be accused of political and religious repression in the region, but insists Tibetans enjoy extensive freedoms and that it has brought economic growth. — AFP

Great idea, shoot down your own satellite

India shot down one of its satellites 300km in space with a missile on Wednesday, Prime Minister Narendra Modi said, hailing the country’s first test of such technology as a major breakthrough that establishes it as a space power. India would only be the fourth country to have used such an anti-satellite weapon after the US, Russia and China. Such capabilities have raised fears of the weaponisation of space and setting off a race between rivals. Anti-satellite weapons allow for attacks on enemy satellites — blinding them or disrupting communications — as well as providing a technology base for intercepting ballistic missiles. — Reuters

Pre-Bolshevik silver is the tsar of the show

Thousands of pieces of antique silver that a Russian aristocratic family hid from the Bolsheviks have gone on public display for the first time in the former imperial capital of Saint Petersburg after being found by builders. More than 2,000 silver items valued at more than $2m are being shown at the Tsarskoye Selo palace, a former residence of the tsars that is now a museum. For more than a century, the silver lay hidden in a mansion in Saint Petersburg that had once belonged to the family. The hidden collection was discovered by accident in 2012 during repair work on the city centre mansion. Builders broke through a brick wall and found a secret room containing packing cases full of treasure. — AFP

A ballet set to music by the Rolling Stones and choreographed by Mick Jagger’s ballerina girlfriend has premiered in Russia. The eight-minute ‘Porte Rouge’ (Red Door) show, inspired by the veteran British singer’s zany dance style, delighted a packed crowd at St Petersburg’s famous Mariinsky Theatre on Tuesday night. Jagger’s partner Melanie Hamrick, a US dancer, masterminded the production featuring classic Stones tracks ‘Paint it Black’, ‘Sympathy for the Devil’ and ‘She’s a Rainbow’. ‘I tried to incorporate that feel of just the love of dance and the enjoyment when he is in concert,’ Hamrick said. ‘He has a very unique way of moving, a very free way of moving, so I tried to capture the essence of that.’ — Reuters

Another novelty — a squeaky clean politician

In a popular Ukrainian TV series, comedian Volodymyr Zelenskiy plays a president who is scrupulously honest and outwits crooked lawmakers and shadowy businessmen. Zelenskiy’s character in the show ‘Servant of the People’ is loved by Ukrainians fed up with how their country has been governed since independence in 1991. Now they have the chance to turn fantasy into reality in presidential elections on March 31. The 41-year-old actor announced a presidential bid on New Year’s Eve and he has since emerged as the surprise frontrunner. Zelenskiy’s squeaky clean fictional president is a powerful image, blurring the lines of where his character stops and the presidential hopeful begins. Even his party is called ‘Servant of the People’ after the TV series. — Reuters

JSE jitters: Do we see a bad Moody’s rising?

Rating agency gives its verdict on the SA economy on Friday, and what’s going to happen with interest rates?

Alexander Forbes: Holding its nose at retail clients, but OK

Deep inside the PSG machine, small engines are revving up

Fear and clothing: This selfie stuff is getting blooming daft

Never heard of him? Best learn because his work is becoming appreciated by people who impress you

Who needs Eskom when you’ve got a hurricane lamp?

Wind, water and light inform this lantern’s elegant, mercurial aesthetic, turning it into a work of art

Super Rugby gained zero by chucking out the Sunwolves

Blasts from the past: Fearless Laciar wins war on Terror