ANALYSIS: The big state capture questions Zondo must get answered

He must find out whether Zuma farmed out his presidency, and whether the ANC did anything about it

Ex-EP Rugby boss vows to pay struggling former players, but his lawyer has clammed up on where he'll get the cash

Squatters invaded businessman's land in 1993, and he says the City of Joburg has dodged the problem ever since

Curious case of dodgy dollars in a mystery safe

Charge against Khwezi Mafu has been withdrawn, but the episode has cost him dearly - and he's not entirely in the clear

Experts grapple with exactly why youngsters commit murder, but agree that many are from stable homes

Deadly Idai deluge followed by a flood of compassion

As the death toll rises in Zim and Moz, aid workers say the response to calls for help has been 'overwhelming'

The young roadside cricketers who bowled over an SA legend

When Pat Symcox stopped to check out a game, he got a huge surprise that reignited his passion for grassroots cricket

Who exactly are the anti-vaxxers? The answer will surprise you

Researchers mined a vicious campaign on a medical Facebook page. Their findings were unexpected

Thanks to Venezuela, the ANC knows how much it can stuff things up

Why we must not weaponise the term ‘Islamophobia’

My mother’s strength in the face of cruel, indiscriminate cancer

We must speak up about ovarian cancer, with which my mother was diagnosed, since it is often detected too late

suddenly, camilla had second thoughts about being queen The Prince of Wales and the Duchess of Cornwall with Carlos Acosta visit to the Acosta Dance Company in Havana, Cuba.
Image: Chris Jackson/Pool via Reuters

Vytjie Mentor, the former chairperson of the ANC caucus in parliament, is joining the African Christian Democratic Party. The party said on Tuesday it would be welcoming Mentor and other people of influence at a press conference in parliament on Thursday. Mentor has been in the news in recent years for speaking out against state capture. She was among the first politicians to appear before the state capture inquiry, where she gave testimony about how former president Jacob Zuma tried to recruit her as a pliant minister through the Gupta family. Mentor is a former ANC MP and used to chair the portfolio committee on public enterprises, to which state-owned enterprises account.

A policeman is in a critical condition after a vehicle transporting prisoners was ambushed between Vryheid and Nongoma in northern KwaZulu-Natal on Tuesday. According to a road traffic official, paramedics and police were at the scene, on the R618. It appeared that police had been transporting five awaiting-trial prisoners from Vryheid to the Nongoma Magistrate's Court. Police spokesperson Lieutenant-Colonel Thulani Zwane confirmed the ambush.

An attempt to halt Eskom's deals with independent power producers (IPPs) has failed. In a case brought by the Coal Transporters' Forum, the High Court in Pretoria was asked to prevent the parastatal from signing power purchase agreements with a number of IPPs pending the National Energy Regulator of SA's (Nersa's) decision on granting generation licences to the IPPs. The IPPs themselves, Eskom, the energy minister and Nersa all opposed the application. On Tuesday, the matter was dismissed with costs. Energy minister Jeff Radebe had intended to sign the power purchase agreements with 27 IPPs in 2018. The forum represents coal truck owners that had been contracted to Eskom. In its affidavit‚ the forum cited higher costs from IPPs than from coal.

If you think it's hard for school pupils to wake up on a Monday morning, a study has revealed that doing so is also a problem for teachers who are absent on the first day of the week. Concerns about teacher absenteeism in SA have been highlighted in an International Monetary Fund (IMF) working paper, "Struggling to Make the Grade: A Review of the Causes and Consequences of the Weak Outcomes of SA's Education System". The IMF's senior resident representative in the country, Montfort Mlachila, and Wits PhD student Tlhalefang Moeletsi are the authors of the paper. They found that SA teachers have low levels of motivation, despite being relatively highly paid. They found that 20% of SA's teachers were absent on Mondays and Fridays, and 33% were absent during month-end. On average, an SA teacher missed 11% of teaching time owing to absenteeism. Basic education spokesperson Elijah Mhlanga rejected claims in the working paper.

A 35-year-old man who was "rushing to a meeting" was arrested after being caught driving 205km/h in Lenasia, south of Johannesburg. The man, in a black Golf GTI, was apprehended by the Gauteng traffic police's high-speed unit on Friday and released on R1,500 bail, said community safety department spokesperson Ofentse Morwane. The arrest comes after 16 road deaths were recorded in Gauteng over the weekend. Reckless and negligent driving and drinking and driving were factors associated with many of those fatal crashes, said Morwane. In a separate incident, a 28-year-old man was arrested on the N3 freeway towards Van Buuren Road after he was caught driving 204km/h in a white Mercedes-Benz. He was also released on R1,500 bail.

With just the clothes on their backs, a group of foreigners fled their homes in Durban to seek shelter in a police station after they were attacked early on Tuesday. Five babies were among the group of about 50 men and women. KwaZulu-Natal police said residents were protesting at the Burnwood informal settlement in Sydenham at 2am, and were “forcing the foreign nationals out of their homes”. No one was injured or assaulted, said Lieutenant-Colonel Thulani Zwane. However, Satish Dhupelia of the local community policing forum, said five people were assaulted and taken to hospital.

Former president Jacob Zuma’s son, Duduzane, appeared in court on Tuesday for his culpable homicide trial. The trial follows the deaths of two women, Phumzile Dube and Jeanette Mashaba, in a 2014 car accident in which Zuma was involved. The case is continuing. 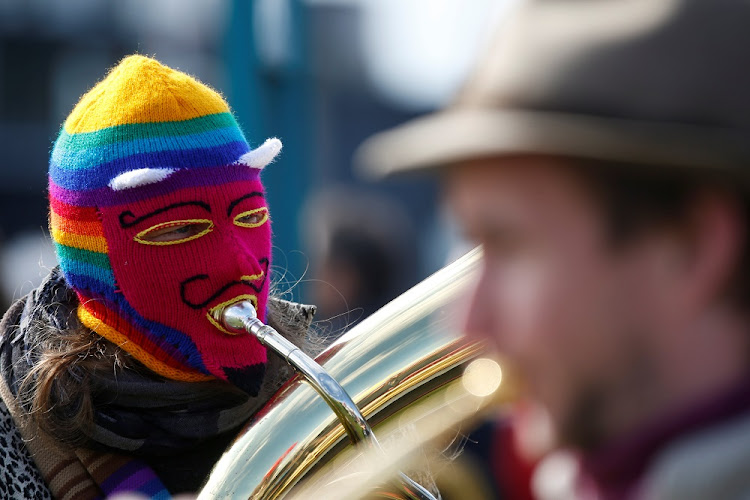 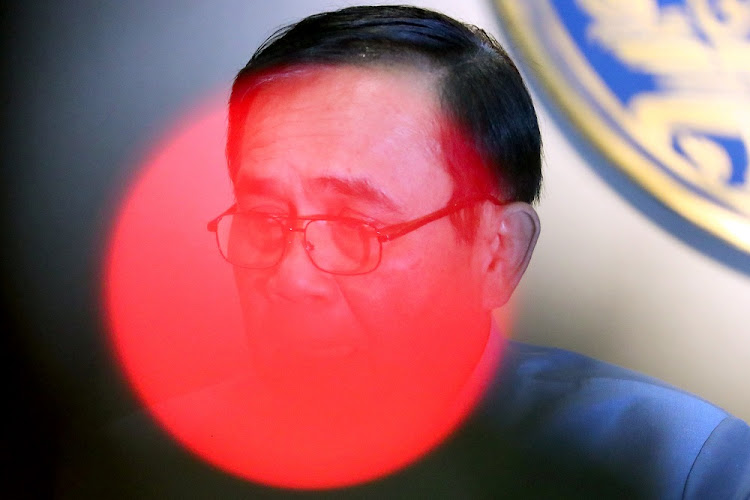 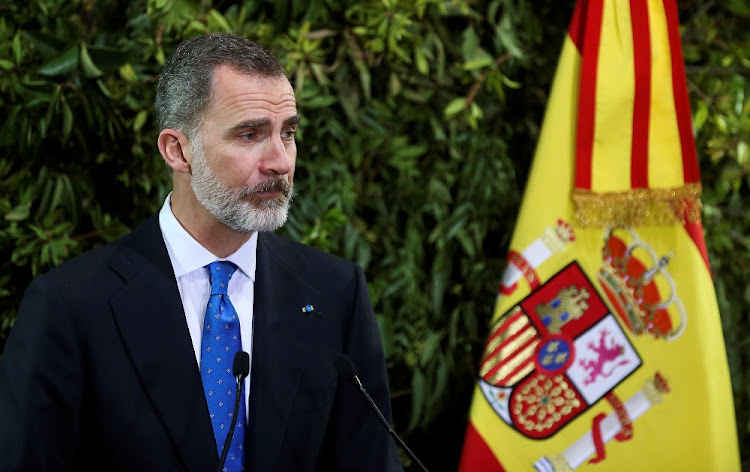 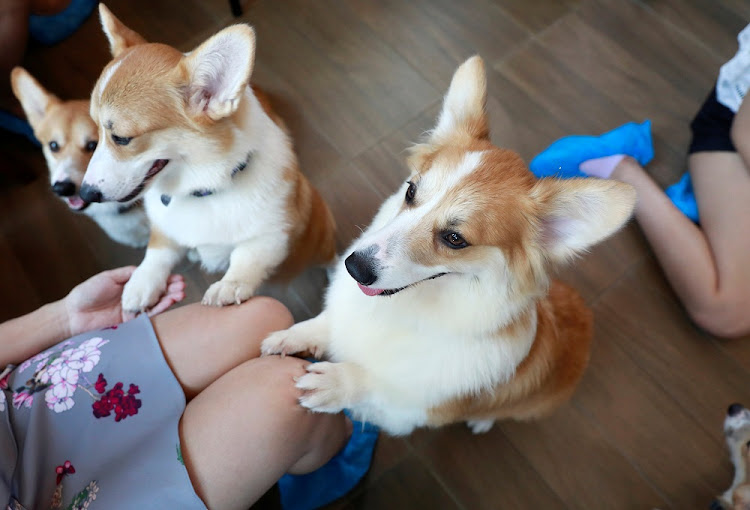 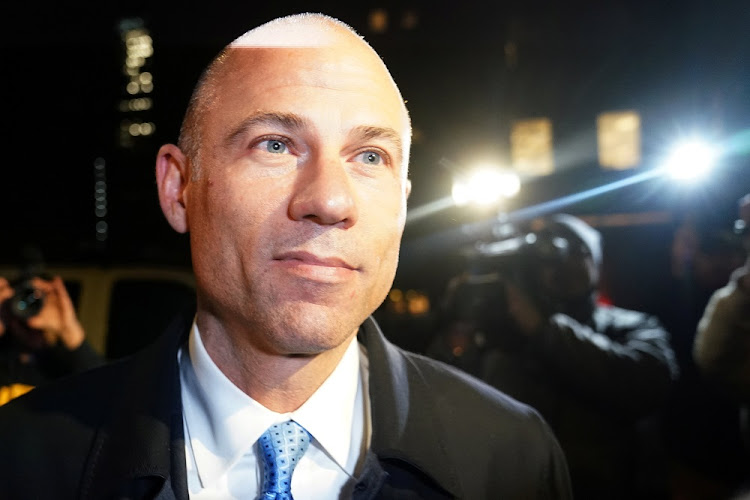 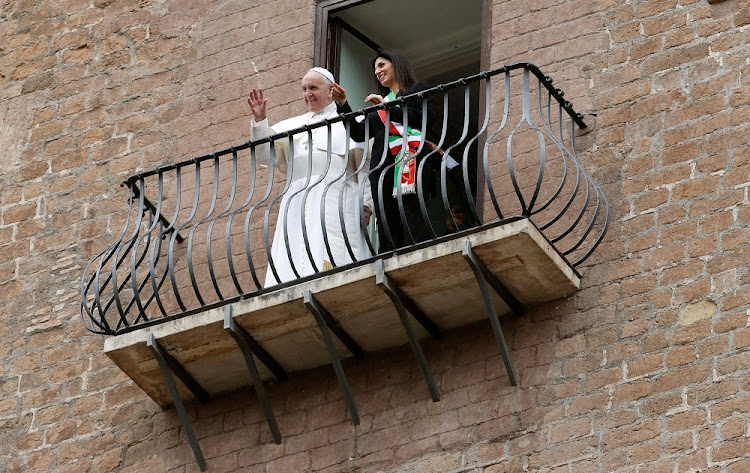 Stratford-upon-Avon reflects Britain's bitter divisions, although both sides agree that Westminster has failed them

Another masterstroke by ‘Indiana Jones of art’ returns stolen Picasso

Cops had closed the case ages ago, but detective tracks it down after a four-year journey into the Dutch underworld

Apple hits back at mom for posting an Instagram image, but she’s not the only celeb embarrassing their kids online

Slowly, his blush spread down his face A supporter of the Houthi movement, with his face painted with the colours of Yemen's flag, attends a rally to mark the fourth anniversary of the Saudi-led military intervention in Yemen's war, in Sanaa.
Image: Khaled Abdullah/Reuters

Humans continue creating new brain cells throughout their life, scientists have proved for the first time. Analysis of the anatomy of 58 people who died between the ages of 43 and 97 found evidence of ‘neurogenesis’ in even the oldest. The findings are significant because for decades many experts believed that humans are born with all the brain cells they ever have. However, the scientists behind the new study believe the necessity to keep learning new things even into old age creates a demand for new neurons. – Telegraph Media Group Limited (2019)

Two teenagers who survived America's deadliest high school shooting have committed suicide in the past week, bringing fresh tragedy to the Florida community. A 17-year-old boy who attended Marjory Stoneman Douglas High School in Parkland, Florida - where 17 people were killed last year – shot himself on Saturday. This came just days after Sydney Aiello, a 19-year-old recent graduate of the school, took her own life. Aiello's family said she suffered from post-traumatic stress disorder and survivor's guilt after the shooting. – Telegraph Media Group Limited (2019)

Christian voters in the Indian city of Mumbai have demanded more burial grounds ahead of national elections next month, claiming they are being forced to pile bodies on top of each other due to overcrowding in cemeteries. India will hold a general election from April 11 and campaigning is now in full swing. Christians total 2.3% of India's population, and 900,000 live in Mumbai and its satellite cities. They want to get their voices heard and add burial grounds to the list of election topics. – Reuters

A new film starring Kevin Costner and Woody Harrelson takes a fresh angle on the bloody tale of outlaw duo Bonnie and Clyde, focussing instead on the two detectives who ended the lovers' criminal rampage across the United States. In ‘The Highwaymen’, directed by John Lee Hancock, Costner plays former Texas Ranger Frank Hamer, one of a posse of officers who shot the pair dead in a dawn ambush in Louisiana in 1934. Harrelson plays his partner Maney Gault. - Reuters

Facebook has removed more accounts from Iran, Russia, Macedonia and Kosovo, citing what it described as ‘co-ordinated inauthentic behaviour’. A total of 2,632 pages, groups and accounts were removed from Facebook and Instagram for operations linked to the above mentioned countries. The accounts tied to Russia were largely removed for spam with a small portion of those engaging in co-ordinated inauthentic behaviour, according to the statement. Facebook also said the pages and accounts were removed for their behaviour and not content. - Reuters

Nasa has scrapped a planned historic spacewalk by two women astronauts, citing a lack of available spacesuits that would fit them at the International Space Station. Christina Koch will now perform tasks in space on Friday with fellow American Nick Hague - instead of Anne McClain as originally planned. Had Koch and McClain done their spacewalk together, it would have been the first ever by two women astronauts. - AFP

Retirement funds: the end of the ‘black discount’ at last?

Tsk, you people: why aren’t you buying Massmart stuff?

Bump in palladium price has helped of late, but Lonmin really, badly needs the Sibanye takeover to go through

Nothing like a bottle of champagne and a good poke

The creator of Jelly Beans is pumping them with CBD oil but not, sadly for some, psychoactive THC

It’ll cost you major tom, but travel by space is coming soon

Fly from London to New York (via space) in under half an hour? Sure thing, say Elon Musk and Jeff Bezos

What are the most pressing issues for Bafana ahead of their return to the continental stage in June?

Blasts from the past: Heads up for Danie Gerber’s hat trick