Contractors, developers in constant fear as they claim they remain at the mercy of Delangokubona Business Forum

‘No way home’: the human face of a Moz buckled by Idai

Already stretched hospitals cannot cope as toll is set to hit 1,000 and cholera and other diseases are 'inevitable'

No one to vote for, but at least we can vote

Whatever fresh hell the next five years brings after May 8, there is some good news that remains unsullied

Judgment was expected on Monday, but magistrate asked for written heads of argument before making her decision

Forget book clubs, in the age of load-shedding switch to a power club

‘Femme fatale effect’ taps into primal feelings of sexual insecurity, jealousy and fear in both men and women

state withdrew a charge of murder against Harry Gwala district municipality mayor Mluleki Ndobe in the Umzimkhulu Magistrate's Court on Monday. Ndobe, Sbonelo Myeza, 39, Mbulelo Mpofana, 34, and Zweliphansi Skhosana, 48, were charged with the 2017 murder of ANC Youth League general secretary Sindiso Magaqa, after the state previously alleged they had acted in "common purpose" in having premeditated the murder of Magaqa. They also face two counts of attempted murder after two of Magaqa’s colleagues were shot in the same attack. The four were expected to make a formal bail application on Monday and Tuesday but the court was informed that the state was withdrawing the charges against Ndobe and Skhosana. The case was remanded until Tuesday for a formal bail application for the remaining three men.

Statistics from the National Prosecutions Service reveal that 97.1% of people charged with corruption in SA in 2018 were successfully convicted. In a written response to a parliamentary question by the EFF's Pebane Moteka, justice and correctional services minister Michael Masutha referred to the statistics, which show that 332 people accused of corruption were convicted, while only 10 were acquitted. Moteka asked what the conviction rate was for corruption in the period January to December 2018. “According to the Head of the National Prosecutions Service, although the National Prosecuting Authority does not keep data according to specific crime typologies due to lack of electronic systems, it does record information related to corruption in respect to persons who have been convicted or acquitted. Unlike the normal calculation of conviction rates based on cases, the conviction rate is measured on the number of persons," Masutha responded.

Parliament ‘must reconvene over electricity crisis’

The DA wants parliament to reconvene to urgently establish an ad hoc committee to deal with the country's energy crisis. DA chief whip John Steenhuisen wrote to national assembly speaker Baleka Mbete on Friday, just two days after the national assembly ended its work so MPs could focus on electioneering. Steenhuisen explained in the letter that he was making the call for parliament to remain in session "in light of Eskom entering stage four load-shedding which has already cost the South African economy an estimated R12bn in three days and is placing an extensive burden on the economy". He proposed that the ad hoc committee be made up of MPs from the national assembly's portfolio committees on energy, public enterprises, and trade and industry. The committee would, among other things, inquire into the circumstances surrounding a potentially imminent threat of the collapse of the national energy grid.

Police were deployed to Ernst & Young in Sandton, Johannesburg, after a bomb scare on Monday. "Our sirens in the office went off and they made an announcement that we need to evacuate the building. Right now we are standing outside and we can't even go back to fetch our cars," an employee said. The sirens went off at about noon on Monday. According to the employee, about 2,000 people were standing outside the building. Police spokesperson Captain Kay Makhubela confirmed the incident, and said the bomb squad had been deployed. Following a search, no bomb was found and the employees were allowed back into the office.

Irene Audrey Thandekile Buthelezi, described as the "beloved" wife of veteran politician Mangosuthu Buthelezi, has died. "Following a long and difficult illness, Princess Irene passed away peacefully this morning at KwaPhindangene," the family of the IFP leader said on Monday. "She leaves behind her husband of almost 67 years, their children Prince Ntuthukoyezwe Zuzifa, Princess Phumzile Nokuphiwa and Princess Sibuyiselwe Angela, and many grandchildren. All are devastated by this loss." The family asked for privacy as arrangements are made for the funeral, the date of which would be announced in due course. "We thank our many friends and supporters for their love, prayers and condolences in this painful time,” the family said. Buthelezi, 90, previously revealed that five of their children had died, and that his wife had generously helped to raise some of the affected grandchildren. 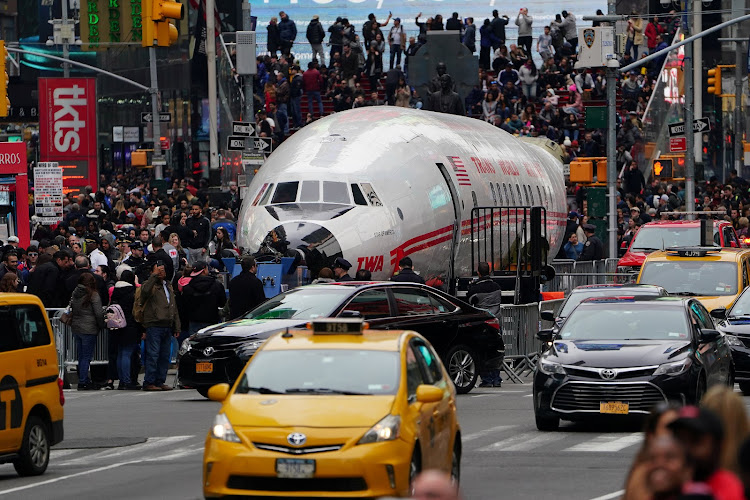 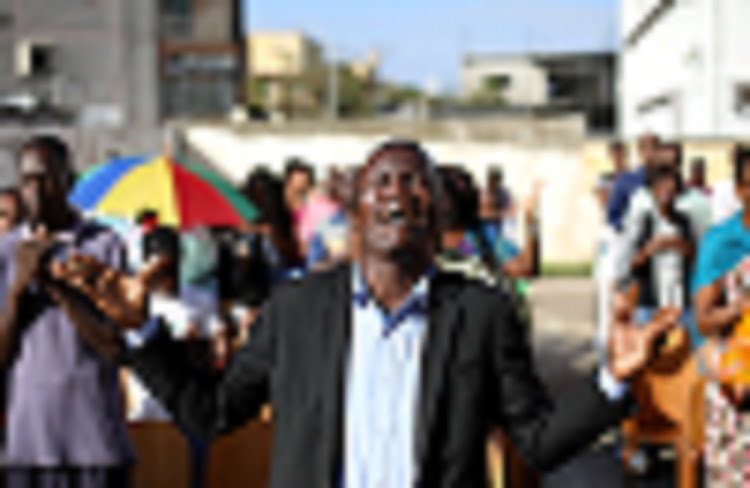 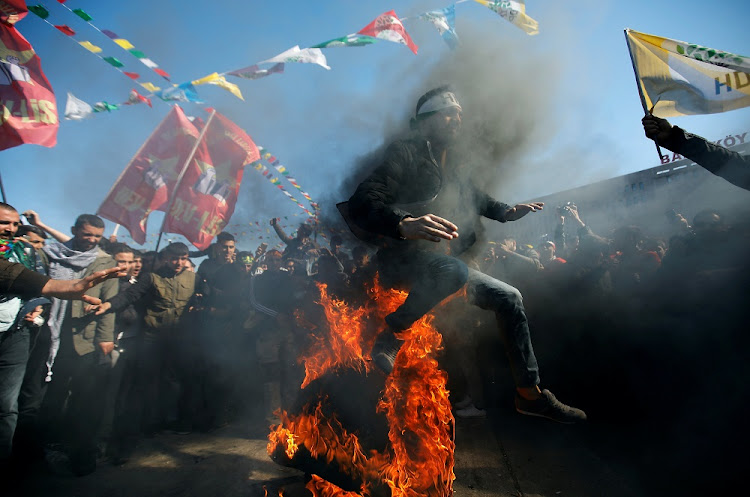 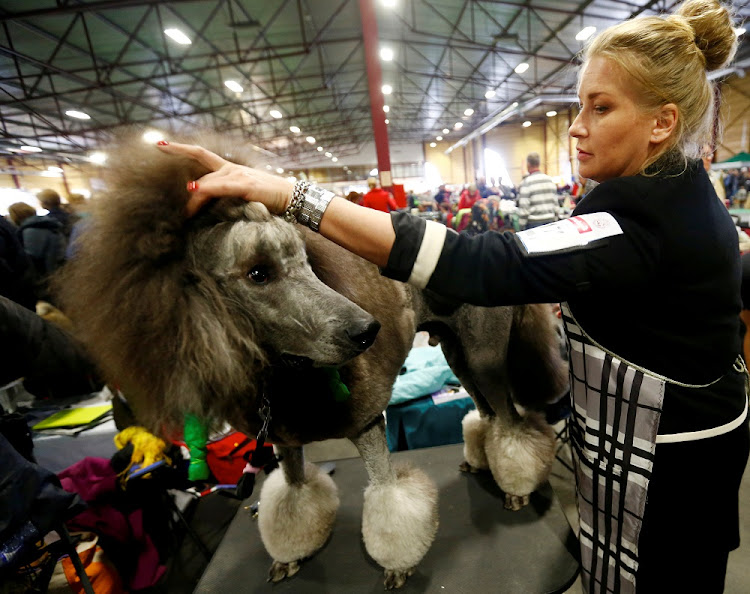 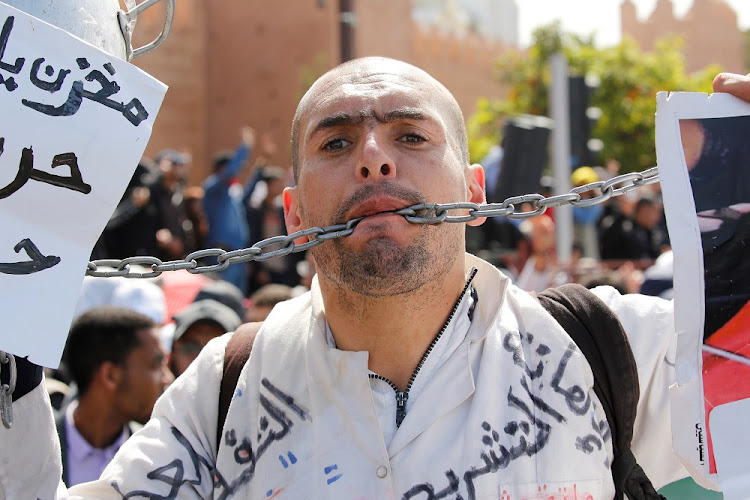 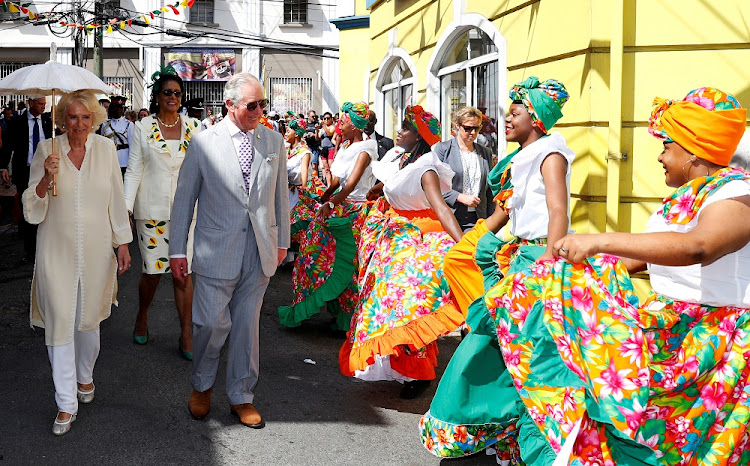 So, now that Mueller has cleared him, what’s next for Trump?

How Jacko’s (real) children are coping with his complex legacy

Following reports that his daughter Paris attempted suicide, we look at what they are up to today

Where on Earth to put the internet? Stick it in our genes

There is a frighteningly large data crunch looming, but techies might just have come up with a back-up plan

Major Polish newspapers printed blank front pages on Monday in an appeal to the European Parliament to adopt controversial copyright reforms that have pitted traditional media firms against internet giants. "Today, we appeal to Polish members of the European Parliament for solidarity in supporting a vote on the Copyright Directive in the digital single market," read a petition signed by editors-in-chief of 30 Polish national and regional dailies backing the reforms. "Creators do not receive sufficient compensation for disseminating their works on the internet. They often live in real poverty or leave the profession," said the statement published by the centrist Rzeczpospolita daily and other newspapers including the liberal Gazeta Wyborcza and the Fakt tabloid. – AFP

Jaws working overtime Down Under

A man has been bitten on the leg by a shark in Australia's Great Barrier Reef, authorities said on Monday, the fourth such attack in six months at the popular tourist site. Paramedics were called to a diving pontoon at Hardy Reef off the Queensland coast just after noon after the man, who is in his 20s, was bitten on the thigh. His injuries did not appear to be life threatening and he was airlifted to hospital in a stable condition, Queensland ambulance and rescue authorities said. It is the fourth shark attack, including one death, in six months in the Whitsunday Islands region. A 33-year-old man died in November after his legs and arm were mauled. In September, a woman and a 12-year-old girl were bitten and seriously hurt by sharks within 24 hours of each other in the same area. – AFP

Spoon-bending “psychic” Uri Geller wants to bend British Prime Minister Theresa May’s will against Brexit using mass telepathy. From his home in Israel, Geller - who is also a British citizen and a former resident of May’s Maidenhead constituency - wrote an open letter to the prime minister urging her to block Britain’s exit from the European Union. Now he wants Britons to join him in twice-daily bursts of telepathy directed at the Conservative leader, in the hope of inspiring her to call a second Brexit referendum. “Maybe I’m a bit too late but at least I’m trying my best to use my paranormal abilities,” Geller said. Leaving the EU “would be catastrophic, especially for young people. There’ll be economic chaos”. Geller came to prominence in Britain with a series of TV appearances when he pulled off stunts such as bending spoons, claiming the only force he used was the power of the mind. – Reuters

Criminals are using dead rats to smuggle "zombie drug" spice and mobile phones into jail because the prison black market for them is so lucrative.Three dead rats stuffed with drugs, mobile phones, chargers and SIM cards were found by officers at HMP Guys Marsh in Dorset after being thrown over the prison walls.The Ministry of Justice believe the extraordinary operation - disclosed today - was orchestrated by criminal kingpins through their organised crime networks.Drugs in jails can fetch 10 times their street price and generate further profits through repayment of debts for loans to buy them. One prison board member claimed even a single cigarette could cost as much as £100 on the black market.Criminals have previously used tennis balls and pigeons to smuggle contraband into jails but it is thought that this is the first time rats have been used. – © Telegraph Media Group Limited

A trove of Aztec sacrifices including a richly adorned jaguar dressed as a warrior and recently discovered in downtown Mexico City could lead archaeologists to the most tantalizing find yet: an Aztec emperor’s tomb. Discovered off the steps of the Aztec’s holiest temple during the reign of the empire’s most powerful ruler, the sacrificial offerings also include a young boy, dressed to resemble the Aztec war god and solar deity, and a set of flint knives elaborately decorated with mother of pearl and precious stones. The offerings were deposited by Aztec priests over five centuries ago in a circular, ritual platform once located in front of the temple where the earliest historical accounts describe the final resting place of Aztec kings. – Reuters

Fizzy tablets may be vinyl word in retro

Nostalgic music-lovers are increasingly returning to old-style vinyl records to hear artists the same way they discovered them years ago - but they may be startled by a new experiment in Sweden. Instead of old crooners, artist Alexander Hoglund has put the sound of effervescent painkillers on vinyl after a six-month creative experiment to find the perfect fizz. Hoglund ordered tablets from around the world, popping them into glasses and selecting a top 10 whose sounds were put onto clear vinyl to represent water. The best sound? A German painkiller, Hoglund reckons. - Reuters

Boardrooms: Don’t blow it when the rubber hits the road

Integrity has no price, and if even a fraction of it is for sale then, like power, the rest becomes worthless

Bailing out Brait’s bosses is a bitter blow for shareholders

SunSlots was not viewed as a potential trump card, but it’s outperforming all of Sun’s casino properties

Just for the record: Jenny Lewis cleaves to the party line

By the author of the bestselling and controversial book ‘How Long Will South Africa Survive?’

‘The Kid Who Would Be King’: A square peg in a round table

Review of the legend of King Arthur adaptation

SPORTS DAY: Keet and Tau up for some pretty lavish praise

Bancroft just has to avoid the gargoyles Warner and Smith

Blasts from the past: Bafana bump off Egypt for first time