A vote for Cyril is a vote for thieves, but EFF and DA aren’t much better

US cuts R5bn off funding for SA’s ‘suboptimal’ HIV scheme

But this could change after a synod summit meeting in October, where the issue will be discussed again

Moz’s SA rescuers ‘just shut up, got the job done’

The exhausted Saffers, the first rescuers to rush into rising floodwaters, prepare to leave after a punishing ordeal

Don’t dare get your Daves and Davids mixed up

He's appealing the decision not to drop these charges, but his trial for the murder of his wife will continue regardless

It was all silly buggers until someone nearly lost an eye

Teens should have acted their age, says judge, and the school wasn’t responsible for one boy’s eye injury

Zoning crackdown set to unleash a blizzard of red tape, paperwork and bills for government departments

If you’re hungry for a new healthy-living fad, think fast

Jokes aside, intermittent fasting has proved in tests to improve the metabolism - but don’t do it to lose weight

Varsities to get nearly R1bn for student debt

The department of higher education and training has allocated an additional R967m to the National Student Financial Aid Scheme (NSFAS) to settle historic debt owed to universities by 52,514 students. "This is a significant contribution which will alleviate some of the debt owed to universities by students and is confirmation that government is sensitive to the plight of students from poor and working-class families," said higher education and training minister Naledi Pandor. The department said the allocation was specifically for those students who were funded under the previous NSFAS scheme before significantly improved funding started in 2018.

Fraud victim given a Merc

A Uitenhage man may have lost R330,000 in a black-dollar scam in 2018, but on Friday he received some retribution when the Port Elizabeth high court ordered that he be given a Mercedes-Benz confiscated from the man who scammed him. Rhyno Olivier had given Moses Orimutambira R330,000 in cash on May 11 2018 following promises that Orimutambira would make him rich. But the very next day Orimutambira purchased a silver Mercedes-Benz C180 – in cash – with Olivier's money. The age-old black-dollar scam entails conning people into believing that pieces of black or coated paper can be turned into bank notes by washing them with chemicals.

A former employee at a global insurance firm is pursuing R25m in damages, claiming her company failed to assist her after an executive was allegedly found to have uploaded compromising videos of her to a porn site without her consent. Earlier this month, Neil Ashcroft, who was the business development executive at Marsh Africa, was dismissed, arrested and charged with crimen injuria. Ashcroft allegedly secretly took videos of the woman from under tables during meetings and at functions, with up-skirt shots and video of her leaning or bending over. The woman, who does not want to be named, left the company shortly afterwards, saying she had not received sufficient support from management. A civil summons sent to both Marsh and Ashcroft this week by attorneys acting for the woman said she had suffered R25m in damages, as her right to privacy and dignity was impaired, and she had suffered trauma and injuria.

With poor maintenance at SA’s power stations being named as the chief cause of the country’s latest rolling power cuts, a crack Hawks team is now investigating how Eskom maintenance budgets were repeatedly redirected and then looted through dodgy tenders. Minutes of a 2015 Eskom board meeting reveal it approved transfers of cash between divisions totalling R313m. Eskom’s bosses at that time, including chief executive Brian Molefe, chief financial officer Anoj Singh and director Mark Pamensky, have since been linked to state capture.

In an environment of slowing advertising revenue, the free-to-air television market - whose main source of income is advertising - is getting ready to have its pie shared among even more players as Kwese Free TV enters the fray. This week, the Independent Communications Authority of SA (Icasa) announced its decision to award the media consortium - 20% held by Econet Media, 45% by Royal Bafokeng and 35% by Mosong Capital - a licence to compete with broadcasters such as the SABC and e.tv after concluding an almost two-year process.

The move to save billions by the end of March 2021 by cutting the government's bloated wage bill could cost SA dearly in loss of skilled personnel and institutional knowledge, unions say. Teachers, police officers, prison officials, nurses and members of the SA National Defence Force and intelligence services who are aged 55 to 59 can apply for early retirement from next month until the end of September. The department of public service and administration said 136,833 public servants were in this age group. This includes 54,460 teachers, 14,043 nurses, 9,630 police officers, 2,325 members of correctional services, 745 doctors and 97 engineers. 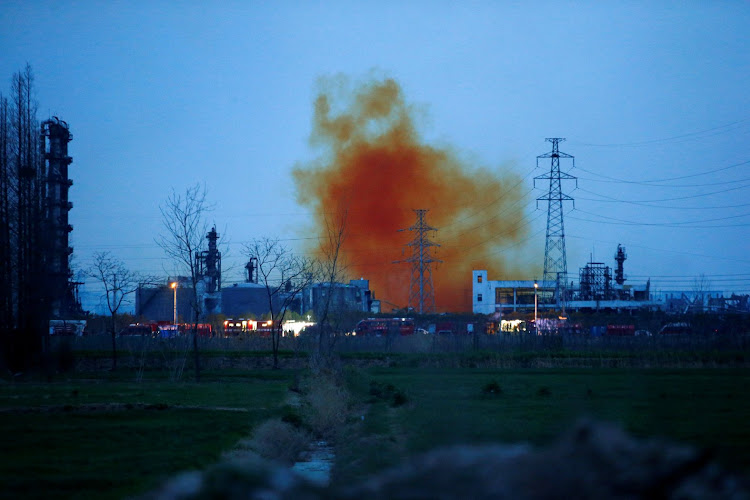 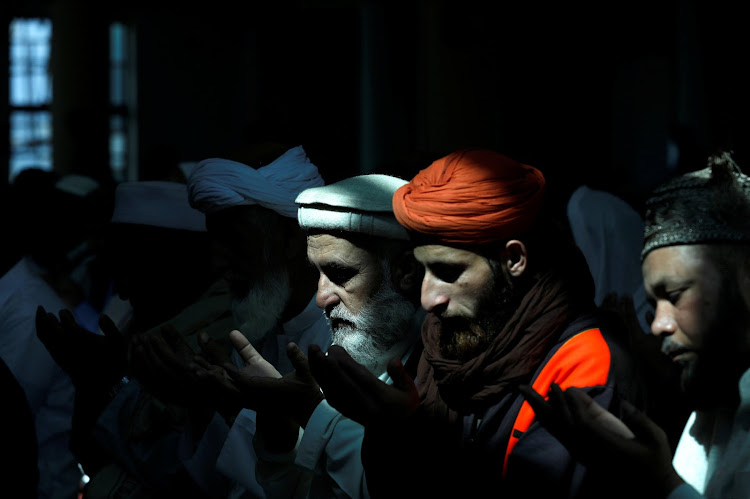 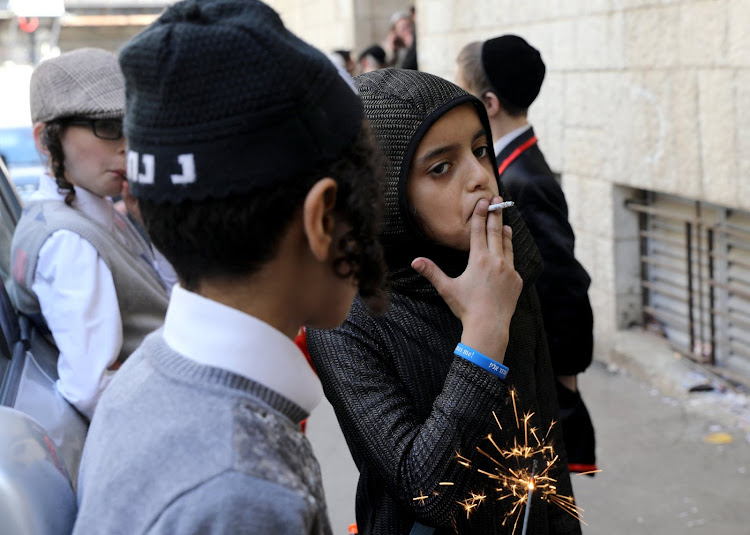 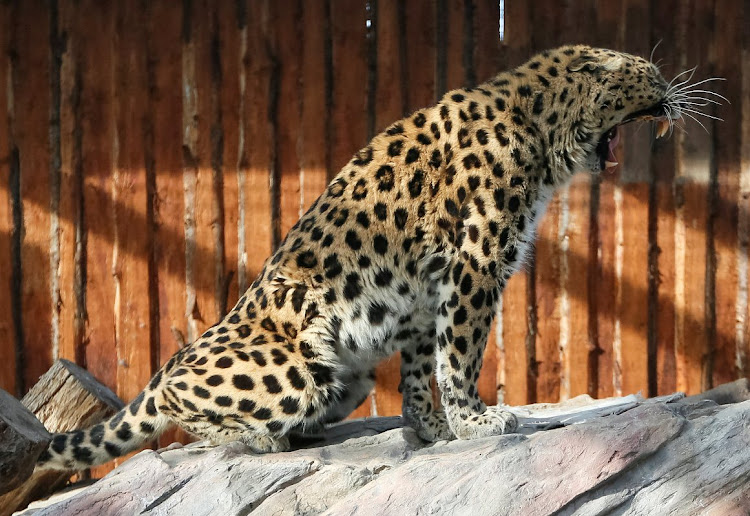 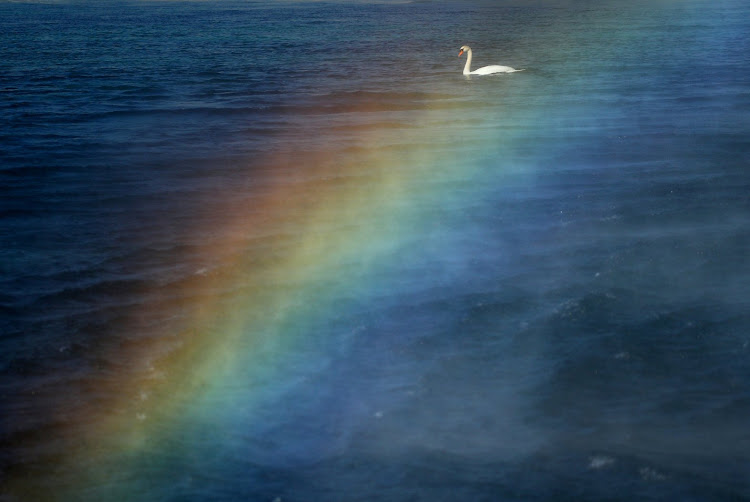 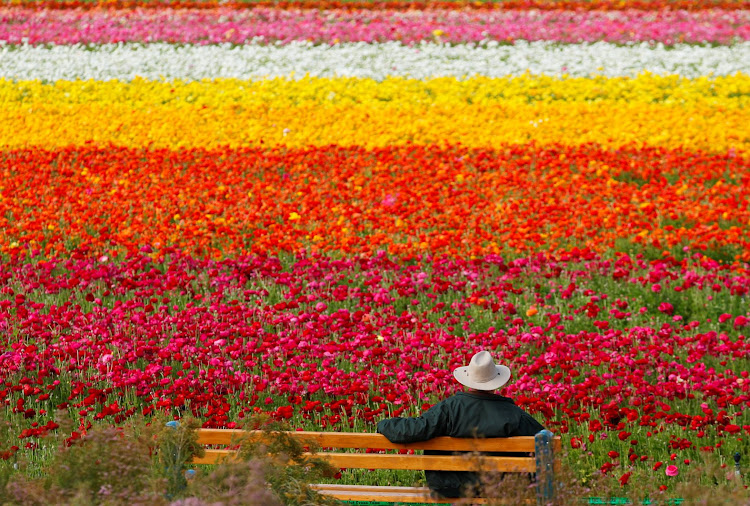 Jacko’s ruthless fixer is back, and Hollywood is ‘quaking’

The singer's former protector is free after 15 years, and he's got a lot of dirt on a lot of very important people

The 'caliphate' has finally crumbled, leaving memories of executions in a small miserable pocket of Syria

As Apple launches its streaming service, should Netflix be sweating?

The tech giant is set to challenge the established players, with a news service on the side

KISS THE EU GOODBYE Protesters are seen ahead of a EU Summit in front of European Commission headquarters in Brussels.
Image: Reuters/Yves Herman

That nifty new health app you downloaded to your phone to keep track of your meds might be sharing your information with a host of unrelated companies, some of which have nothing to do with healthcare, a new study finds. When researchers ran 24 medication apps through their paces using a phony identity, to track what was being done with the data, they found that sharing was routine and far from transparent. - Reuters

Abu Dhabi will commit up to $272m to support technology start-ups, it said on Sunday. The UAE capital is investing billions of dollars in industry, tourism and infrastructure to reduce its reliance on oil revenue. Abu Dhabi derives about 50% of its real gross domestic product and about 90% of central government revenue from the hydrocarbon sector. – Reuters

A cruise liner that ran into trouble in stormy seas off Norway was on Sunday heading for the nearest port under its own steam after hundreds of passengers were taken by helicopter to safety. The Viking Sky lost power and started drifting on Saturday afternoon in perilous waters, prompting the captain to send out a distress call. Seventeen people had been taken to hospital. One person aged in the 90s and two 70-year-olds suffered serious fractures. ‘I have never seen anything so frightening,’ said Janet Jacob, who was rescued. – AFP

BBC has made the Welsh very, very angry

The BBC has been accused of ‘cultural colonialism’ over a new drama which is set in Wales but has an English character at its core. ‘Pitching In’ stars Larry Lamb, who is English. Both the writers and the director are English, and the supporting cast of Welsh actors are not native to North Wales. Welsh politician Delyth Jewell said the series is ‘catastrophic’ and set in a version of Anglesey ‘where the inhabitants for some unfathomable reason seem to have developed Valleys accents’. – Telegraph Media Group Limited

Lofty ambitions to save giraffes

Giraffes must be protected from a loophole in trophy hunting laws or they face ‘silent extinction’, campaigners have warned. Giraffes are given no protection by CITES) which means they can be killed indiscriminately, with their carcasses exported around the world as trophies. As the species has declined by 40% in the past 30 years, animal rights groups, celebrities and MPs have urged the governments to pressure CITES to classify giraffes as Appendix II animals, to give them protection from the trophy hunters. – Telegraph Media Group Limited

A gut feeling that antibiotics are bad for you

A single course of antibiotics can damage the healthy bacteria in the gut for at least a year and possibly permanently, scientists have warned. Researchers at University College London found just one prescription can change the composition of the microbiome - the trillions of bacteria, fungi and microbes in the body which help regulate the immune system, aid digestion and produce vitamins. – Telegraph Media Group Limited

Volatility is unavoidable , so you need to think strategic asset allocation and not wait until the market crashes

Levi’s prove an oldie is a money-spinning goodie

Blood from a stone: the cautionary tale of a dropout billionaire

By 31 she had built a $9bn company, but Elizabeth Holmes's success was constructed on a giant lie

Why etiquette matters a lot more than ‘keep off the grass’

Good manners are essential in the age of Trump

Pregnant despite the pill? Blame it on your genes

Just for clicks, why not shop for something really posh

Want to buy an island or train with the ninjas in Japan? Cash rich but time poor? These five sites are for you

Sundowns have a chance to slay weaker Egyptian giants

Al Ahly have never won in SA, and are showing signs of frailty - factors that Downs must capitalise on

Blasts from the past: SA’s first black Commonwealth champ

Today in SA sports history: May 25