THE FORMER PRESIDENT GIVES US AN EXCLUSIVE INTERVIEW

We would have actually saved trillions - and the Russians proved they were trustworthy during the struggle, he says

‘There are big people out to get me’

Refusing to fund his legal defence is part of the machinations inside and outside SA aimed at his downfall, he claims

The lush 45 hectares could hold nearly 2,700 homes, one reason activists feel an occupation is par for the course

Way to grow: how mushroom farmer beat the odds to success

Faced with funding woes, tardy builders and complaining neighbours, this farmer never gave up on his passion

Scheme ground to a halt after funds suddenly dried up. Now government has distanced itself from the whole thing

SA researcher goes where pet owners dread, delving into the genetics, distribution and diversity of the pesky critters

What an old snowflake taught me about being an adult

There I was on a snowy street in Japan, thinking about perfection

These are the true lessons that load-shedding has taught us

Fireproofed carriages? There’s only one foolproof way to fix trains

It is a palliative measure to mitigate damage by arsonists, but voters can light a fire under those responsible on May 8

The out is word: it’s great that it’s Posh to be dyslexic

In admitting she's a sufferer, Victoria Beckham helps bust the stigma of a condition that can actually be a strength

in memoriam President Cyril Ramaphosa lays a wreath in Sharpeville in honour of the fallen heroes killed 59 years ago while protesting against the apartheid government.
Image: Thapelo Morebudi

President Cyril Ramaphosa says the government is doing its best to solve the current energy crisis. "We are already putting in place a number of measures, making sure that the energy loss that we had from the cyclone in Mozambique will be restored," he told an event commemorating Human Rights Day in Sharpeville. "Restoring a reliable supply of energy and to ensure we have a sustainable model for affordable energy for the future is now one of our most urgent priorities. We will overcome this electricity crisis that is engulfing our country at this moment,” he said.

Economic Freedom Fighters leader Julius Malema told EFF supporters in Sharpeville on Thursday that SA would have been a better place had former PAC leader Robert Sobukwe become the country's first democratic president. The firebrand leader accused the ANC of being in bed "with boers", saying, "only Sobukwe had confronted boers directly".

Shedding the ANC ‘is the only answer’

DA leader Mmusi Maimane, speaking after unveiling the DA’s latest poster on Eskom outside its head office at Megawatt Park, Sunninghill, said the only solution to the energy crisis was to remove the ANC. "The ANC thinks of itself as a party that must be absolved of the responsibility of load-shedding. They brought it to our country, they looted. If you want to keep the lights on, remove the ANC," said Maimane. The poster, facing the entrance of Megawatt Park, simply says: "Keep the lights on."

SA free diver Amber Fillary, 46, is hoping to break a world record in an icy lake in Finland. "I am under no illusion that this is going to be easy,” she said before the dive. “In South Africa I managed to swim underwater for up to 135m without taking a breath, but in near-freezing temperatures your muscles are slower, so swimming is much more challenging as you use more oxygen,” said Fillary, whose record for holding her breath under water is six minutes. Johanna Nordblat is the current record holder who dived 50m under the ice in 2°C water in March 2015 wearing only a swimsuit, mask and cap.

A pharmacist, 55, his life partner and an employee have been arrested for manufacturing and distributing a schedule 6 drug. "An array of steroids in the form of tablets for oral intake and liquid intended to be consumed intravenously was being manufactured on this farm," police said, after a raid on a farmhouse in Hammanskraal outside Tshwane.

Limpopo police are searching for a female suspect after a magistrate, 44, awoke during an overnight stay in Polokwane to find his car and cellphone missing after his drink was spiked. "It is understood that the victim had a drink. While they were inside one of the rooms he passed out. It is suspected the drink might have been spiked. He was woken up by the employees at around 7am and that’s when he realised his cellphone and a motor vehicle, a BMW 3 series, were stolen. His companion had also disappeared," police spokesperson Constable Maphure Manamela said. 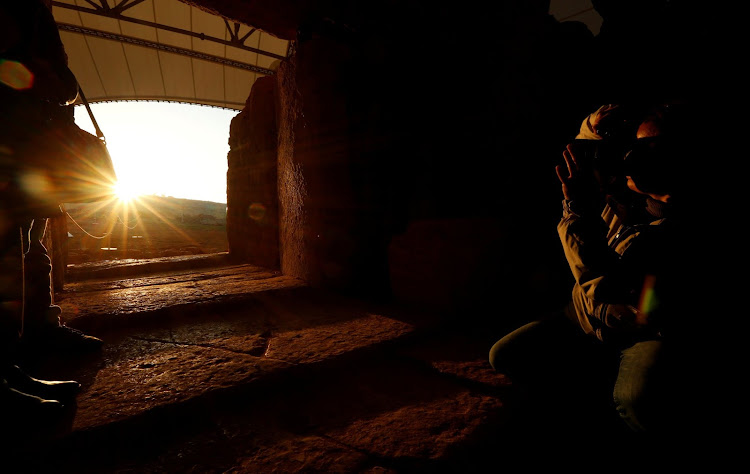 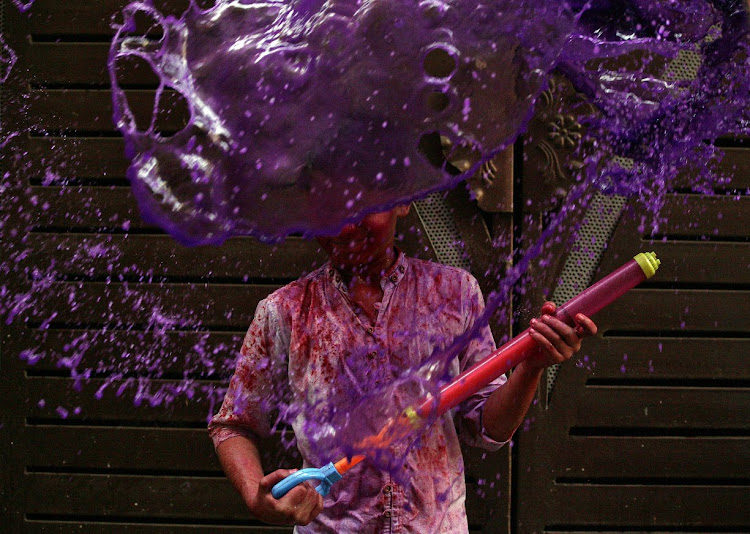 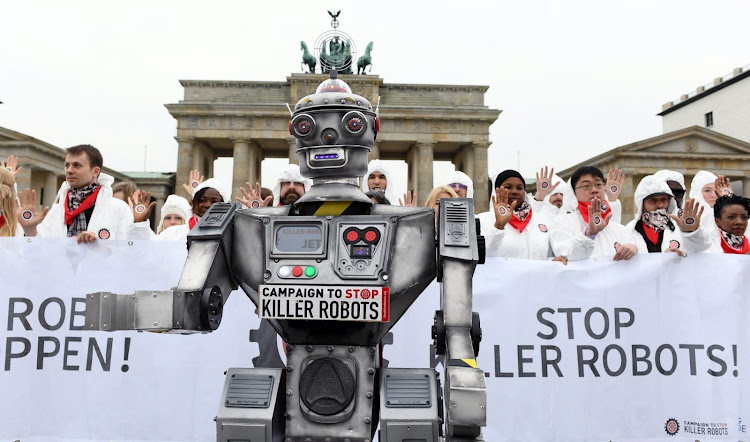 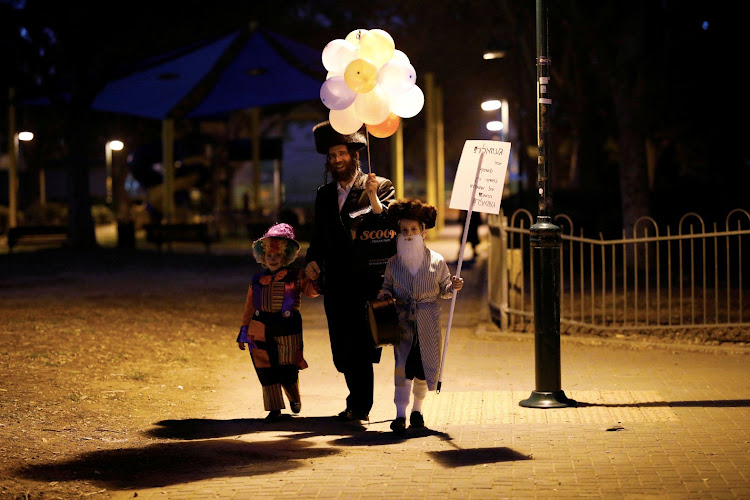 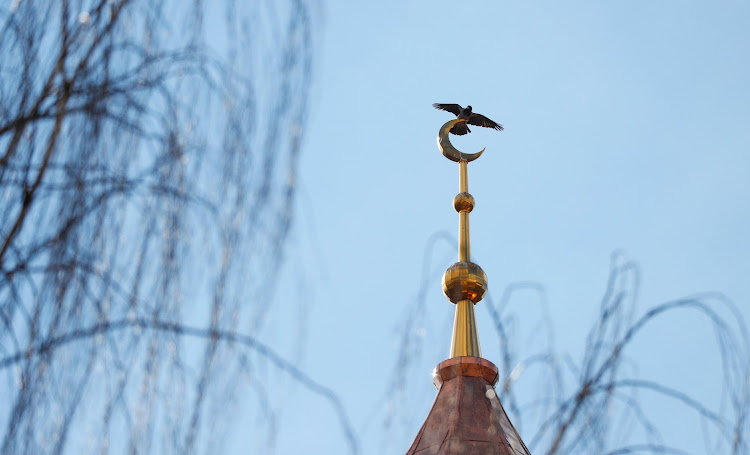 The war for dominance will be hard-fought, and not all of the players are likely to survive

Farewell, MySpace: why I’ll never forget the site we all forgot about

You heard that right: you have ‘The Scream’ all wrong

A barber's association in a northern Bangladesh town has warned its members not to give "foreign" haircuts or beard styles on pain of fines, an official has said. An association order has been hung up at every barber shop in the town of Bhuapur in the conservative Muslim-majority South Asian nation of 165 million people. Any stylists infringing the directive face fines of 40,000 taka (R7,000). Flamboyant hairstyles adopted by some of the Bollywood and Hollywood movie heroes and top cricketers have become increasingly popular among young men in Bangladesh, where short and neat cuts used to be the norm. Head of the association Shekhar Chandra Sheel said they took the measure following a request from the local police chief, who said " these hairstyles are spoiling our young generation". – AFP

A "meteor" that tore across the Los Angeles skyline set Twitter alight with speculation it was a real life Deep Impact. A bright-orange fireball that arced over Hollywood sent people scrambling to capture the scene for social media - even if it later turned out to be more fiction than fact. The LA Police Department weighed in to calm people's nerves, reminding them that theirs is the city of fantasy and dreams. "A meteor did not crash into Downtown Los Angeles, and no, it's not an alien invasion ... just a film shoot. This is Tinseltown after all," the LAPD tweeted. The phenomenon was a publicity stunt by Red Bull, which fitted skydivers with LEDs and pyrotechnics as they plunged out of a helicopter 1,200m above the city. - AFP

Money in the bonk for spycammers

More than 800 South Korean couples were livestreamed having sex in love motels, Seoul police said, in one of the largest and most intrusive examples yet of the country's spycam epidemic. The hyper-wired South has been battling the increasingly widespread proliferation of "molka", or spycam videos, which largely involve men secretly filming women in schools and toilets, among other places. The latest case is unusual for involving couples and the livestreaming element. Police said four men installed tiny cameras, with a lens just 1mm wide, in 42 rooms in 30 motels, hidden inside hairdryer holders, wall sockets and digital TV boxes. They livestreamed the footage all day to a subscription website with about 4,000 members, hosted on a server overseas. – AFP

Bells have no a peal for vicar

A vicar is appealing for his own church's bells to be silenced at night because his family can’t get to sleep at night. A questionnaire has been handed out to 400 residents of Conwy, North Wales, after Reverend David Parry complained to the town council about the disturbance. The clergyman from St Mary’s church wants the bells in the 19th century clock tower to be switched off to stop them chiming every 15 minutes from midnight until 6.15am, and is calling for public support. This is at least the third time that the issue has been raised in the past two years, with the town council previously dismissing the concerns. It is not clear whether Parry made the previous complaints, but this is the first time the council has canvassed the opinions of locals. – © The Daily Telegraph

They may have been dead for years, but a Japanese human rights activist believes the embalmed bodies of former North Korean dictators Kim Il-sung and Kim Jong-il can be used as leverage to force the present regime to feed its own people instead of spending money on nuclear weapons and missiles. Ken Kato has written to members of the United Nations Security Council to request that they halt the transfer of chemicals needed to preserve the embalmed corpses, which are on display in the Kumsusan Palace of the Sun in Pyongyang. Their embalming and maintenance is reportedly carried out by a lab in Moscow, which first embalmed and displayed Vladimir Lenin’s body in 1924. Experts from the institute have travelled to the North Korean capital every 18 months since Kim Il-sung, revered as the founder of the nation, died in 1994. Kim Jong-il died in 2011. – © The Daily Telegraph

A man stripped down to a red G-string and strolled through Moscow’s State Tretyakov Gallery in what it called an “unsanctioned performance,” the RIA news agency reported. Video circulating on Russian social media showed the relatively young man with a shaven head walking casually through the museum and stopping in front of a large painting. The gallery said the performance was staged by modern artists who had left behind small artworks in its halls, RIA reported. The police were searching for the unclothed performer, a source told TASS news agency. Police in January 2019 arrested a man who left with Ai Petri, Crimea, a mountain scene painted by Russian landscape artist Arkhip Kuindzhi in 1908, under his arm. The painting was recovered undamaged. In May 2019, a man damaged one of Russia’s most famous paintings depicting Tsar Ivan the Terrible cradling his dying son, by attacking it with a metal pole after drinking vodka. - Reuters

Aspen: Saad reckons Doctor Feelgood is back in the house

Despite recent plunges in the share price, and concerns about debt, CEO says operations are healthy

Steinhoff: ‘Book the crooks who cooked the books’

Although the minister’s portfolio is small, he succeeded in leveraging his power to broker a better outcome

‘Dirty John’ on Netflix: No, not a doc about filthy toilets

Based on a grim and gripping true story - and a podcast

Blockbuster movies take a page from the bestsellers

Duanne Olivier: At least he doesn’t call England ‘we’ (yet)

It is wrong to consider Olivier opting to abandon his erstwhile team an act of anti-patriotism ... but still

Blasts from the past: Ag no, do we need reminding of this?